Making history again, Sean “Diddy” Combs AKA Love announced today the launch of his new R & B record label ‘LOVE RECORDS’ and simultaneously signed a one time album deal with Motown Records. The new label will be dedicated to R & B music and will release singles and collaborative projects from a collective of world-class artists, producers and songwriters. The announcement marks Combs’ official return to music.

Diddy’s Album is the first project under the LOVE RECORDS imprint set to be released this summer in partnership with Motown Records, uniting the three-time GRAMMY® Award-winning executive with Motown for the first time in his decorated 30-year career.

“Music has always been my first love, LOVE RECORDS is the next chapter about getting back to the love and making the best music of my life,” said Sean “DIDDY” Combs. “For the Label I’m focused on creating timeless R&B music with the next generation of artists and producers. Motown is the perfect partner for my album and I’m excited to add to its legacy.”

Motown Records C.E.O. and Chairwoman Ethiopia Habtemariam stated, “This is a major moment for Motown, as Diddy is one of this century’s most important voices in music and culture; To be a part of his next evolution and album is nothing short of monumental.”

Not only is Diddy one of the highest-selling artists in history, he is also one of the most accomplished music producers of all time. LOVE RECORDS represents Combs’ triumphant return to R&B as an Executive Producer, Curator and A&R of his forthcoming album. Combs will continue his oversight on his successful Bad Boy Entertainment label.

He is a cultural icon, innovator and mogul. In addition to his catalog of hit records, Diddy has produced and creatively shaped the sound for superstars Mary J. Blige, The Notorious B.I.G., Mariah Carey, Jennifer Lopez, Boyz II Men, Britney Spears, Kanye West and many more.

Stay tuned for the release of new music coming and tune in to the 2022 Billboard Music Awards on May 15 as Combs will serve as host and Executive Producer. 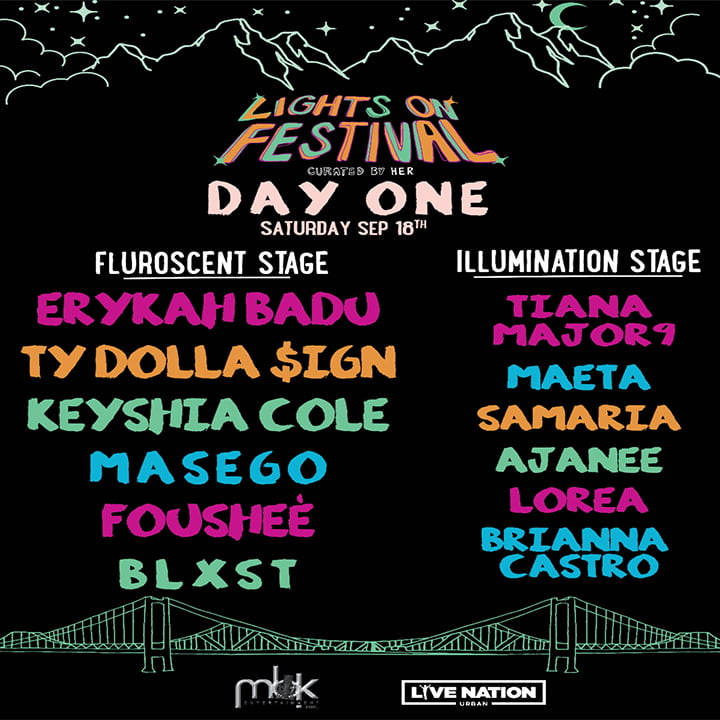 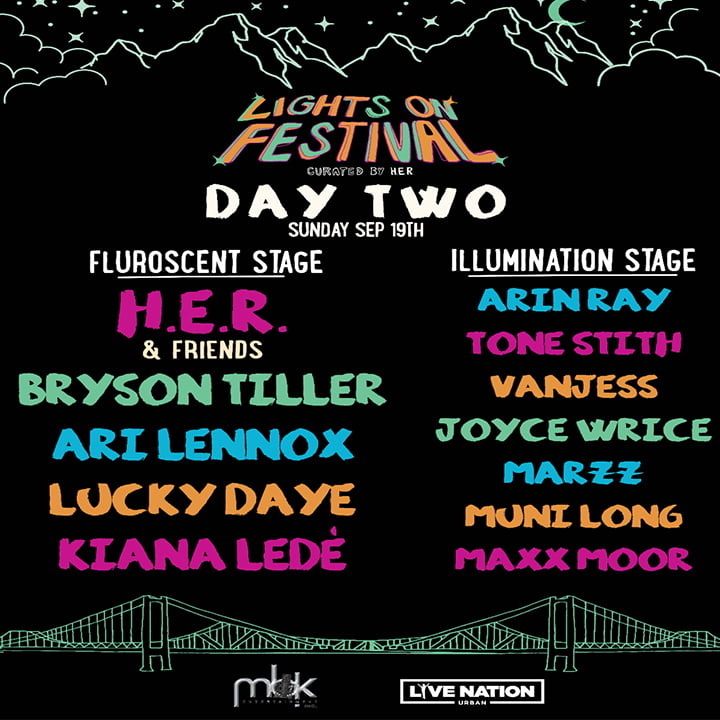 Academy Award-winning and four-time Grammy Award-winning R&B artist H.E.R. and partner Live Nation Urban announce the day-to-day lineup of highly-anticipated “Lights On Festival” in Concord, CA. The recently sold-out festival will be taking over the Concord Pavilion on Saturday, September 18, and Sunday, September 19.

Following its introduction in 2019, H.E.R.’ s Lights On Festival initially made history as the first female-owned and curated festival in decades. More than just music, it boasts other attractions such as a film screening tent, live art installations, R&B Museum, Guitar Lounge, and a massive arcade. A few of this year’s festival partners include Fender, Hilton, and Amazon.

Playboi Carti dropped a new video for hit track “Sky” off of his latest album, Whole Lotta Red. The video was directed by Nick Walker and produced by Chad Tennies & Rachel Walden.

In January, Playboi Carti landed his first #1 album on Billboard’s 200 Chart with Whole Lotta Red. The album, released on Christmas day, sold 100,000 units and received 160 Million global streams within its first week. In addition, Whole Lotta Red trended #1 upon its release on Twitter, and tracks from the album held 3 out of the top ten trending spots at YouTube including #1 upon release.

Alongside the album, Playboi Carti dropped the official video for “M3tamorphosis” ft. Kid Cudi. The video, directed by Nico Ballesteros, has already garnered over 7.3 Million views.

Whole Lotta Red features 24 tracks with appearances by rap superstars Future, Kid Cudi and Kanye West. This is Playboi Carti’s second studio album, following Die Lit which was released in 2018 and debuted at #3 on the Billboard 200 chart. It has clocked over a staggering 1.6 Billion streams for its tracks to date.

In just a few short years, rapper Playboi Carti has amassed millions of streams worldwide, with a global appeal that has steadily placed him within the upper echelon of new stars. The Atlanta native first started his career in high school under the name Sir Cartier. Raised on a cross-section of soulful Pop greats like Prince and Michael Jackson mixed with Trap stars like Jeezy and Gucci Mane, Carti found his own voice, securing local buzz with tracks like “YUNGXANHOE” and “Lost.” He graduated high school and was bound for the Bronx, where connecting with the A$AP Mob became fortuitous as he later forged a bond with leader A$AP Rocky and became a de-facto Mob affiliate. A series of viral hits followed—from “Broke Boi” to “Fetti”—as Carti later inked a deal with Interscope Records and dropped his eponymous mixtape in 2017. The project featured the single “Magnolia,” as its meteoric rise garnered over 600 million cumulative streams with cosigns from Beyoncé and features on series like Atlanta. The following year, Carti dropped his debut album Die Lit, debuting at Number 3 on the Billboard 200, boasting collaborations like Lil Uzi Vert on “Shoota,” “Poke It Out” with Nicki Minaj, “Love Hurts” with Travis Scott and many more. In April of 2020, Playboi Carti returned with “@MEH,” cracking the 80 million mark already in streams. With a constant string of hits, Playboi Carti doesn’t miss.

Today, vocal powerhouse Stanaj releases the video for “Sweat (When I Think About You).”

The video follows the recent release of the track via LAVA/Republic Records. Get it HERE.

Produced by d.a. doman, “Sweat” illustrates the artist’s progression. Not only does it highlight his passion for throwback nineties R&B and soul, but it also shines a light on his slick signature style punctuated by sky-high falsetto. The track hints at more music to come very soon from the artist.

With the single out now, Stanaj announces a string of special shows on both coasts in April. He’ll perform at The Peppermint Club in West Hollywood, CA on April 4 and at Mercury Lounge in New York, NY on April 9.

An insane journey brought New York-born and Los Angeles-based Albanian-American singer, songwriter, and producer Stanaj to the doorstep of superstardom. His first smash came in the form of “Romantic” (NOTD Remix), which racked up nearly 120 million Spotify streams and counting to date. Stanaj’s first two EPs—The Preview and From a Distance—hit the Top 10 of the iTunes Top Pop Albums Chart. He received the sought-after social media endorsement of Kim Kardashian West, NBA star Brandon Jennings, Drake, and Chris Brown. He canvassed the globe on tour alongside JoJo and Jessie J and shared the stage with other superstars like Dua Lipa.

Not to mention, he made his late-night television debut on The Tonight Show Starring Jimmy Fallon, and the night’s guest Justin Timberlake gave a coveted co-sign. 2018 saw him drop the slick and seductive “Dirty Mind” [feat. Ty Dolla $ign] and lend his voice to Gryffin’s “You Remind Me,” which he performed on Jimmy Kimmel LIVE! In the summertime, he hit the studio with the likes of Tommy Brown [Ariana Grande] and d.a. doman [Kodak Black, Chris Brown, Tyga] and ultimately honed his signature style as evidenced by the slick and show-stopping “Sweat.”