Takashi Murakami, contemporary artist on the host committee, sprinkled his aesthetics across the summit (in addition to a collaboration with Drake’s OVO). 1800 Tequila partnered with artist Adam Lucas and streetwear designer Nicky Diamonds for custom-made vintage denim jackets which were raffled at this year’s program. Attendees waiting in line for the McDonald’s installation were treated with Mcnuggets and fries before choosing patches to press onto free backpacks and shirts.

Recording artist Tinashe was a 360 favorite. The urban singer performed hits “Company” and “2 On.” Other performances included Lil Baby, Nav and T-Pain while the crowd also bopped to headliners Rae Sremmurd and Future. Duo Sremmurd surprised fans with a special appearance from rapper Tyga.

ComplexCon(versations) topics revolved around today’s thought on politics, culture, fashion and music. Billboard producer of the decade, Pharrell Williams was a host due to his creative sense on the latest pop culture trends. Tommy Hilfiger spoke on his relationships with Hip-Hop and the connections between music and fashion. Jaden Smith and Yara Shahidi discussed growth out of chaos and how youth should address political issues. Rapper and icon, Nas, spoke on the behind-the-scenes of film, “Belly” and how it changed Hip-Hop and Hollywood. 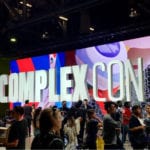 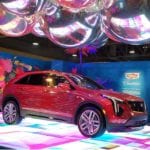 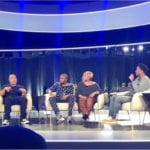 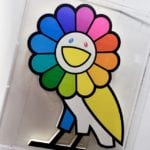