On “Gone,” Rosé matches the pure emotional depth of “On the Ground,” this time offering up a stripped-back breakup ballad produced by Brian Lee (BLACKPINK, Post Malone, Camila Cabello). Accompanied by little more than the track’s hypnotic guitar work, her voice turns heartbreakingly tender as she delivers her confessional lyrics (“Now I’m all alone, crying ugly/You broke my heart just for fun/Took my love and just left me numb”).

Along with “On the Ground” and “Gone,” the CD and vinyl editions of R include instrumental versions of both tracks. Rosé is now the second member of BLACKPINK to release solo material, with singer/rapper Jennie having shared her single “SOLO” in November 2018.

R arrives just months after BLACKPINK dropped their debut full-length effort THE ALBUM. Released on October 2, the record-breaking project debuted at #2 on the Billboard 200, marking the biggest chart debut by an all-female group in over 12 years. With guest spots from fellow superstars Selena Gomez and Cardi B, THE ALBUM also smashed the record for highest first-week sales for a debut album from a K-pop group in all of music history. That same month, BLACKPINK premiered Light Up The Sky, an all-access Netflix documentary detailing the hard-fought journey behind the group’s meteoric rise.

Since bursting onto the scene in 2016, BLACKPINK have redefined the possibilities of K-pop, transcending all categorization and ascending to global stardom. With their unstoppably catchy single “DDU-DU DDU-DU,” the South Korean quartet broke the record for highest-charting Billboard Hot 100 debut by an all-female K-pop act, while its head-turning video surpassed 10 million views in just six hours and racked up 36.2 million views in one day.

Discovered by YG Entertainment, BLACKPINK is comprised of JISOO, JENNIE, ROSÉ and LISA: four immensely charismatic vocalists, dancers, and burgeoning fashion icons. Released in 2016, their debut “SQUARE ONE” quickly proved their crossover power; in 2018, “SQUARE UP” climbed to #40 on the Billboard 200 and #1 on the Billboard World Albums chart. Several months after “SQUARE UP” hit the charts, YG Entertainment and Interscope Records announced a global partnership for BLACKPINK, paving the way for the group’s international breakthrough. With their EP Kill This Love arriving in April 2019, BLACKPINK further boosted their popularity by successfully completing a world tour and becoming the first K-pop girl group to perform at Coachella, the largest music festival in the U.S.

BLACKPINK shared today that their highly anticipated global livestream experience THE SHOW will be postponed from December 27 to January 31, 2021 at 12 a.m. EST / 2 p.m. KST, due to safety precautions and current restrictions pertaining to COVID-19 in South Korea.

BLACKPINK said, “We can’t wait to meet our BLINKS as soon as possible, but in order to comply with the South Korean COVID-19 prevention guidelines and to ensure a safe performance, we have unfortunately made the decision to postpone THE SHOW from December 27 to January 31 of next year. Through our concert, we wanted to give you some sort of comfort during these difficult times, but the health and safety of everyone taking part in THE SHOW is our top priority, so, in order to make sure that we prepare for the concert in a safe environment, we have decided to postpone THE SHOW.”

Everyone who purchased access to BLACKPINK’s THE SHOW via channel memberships will be automatically and fully refunded to their original form of payment starting today and can expect the following:

How to Buy Access to a NEW Channel Membership

The good news is that Blinks from around the world can NOW buy access to a new channel membership. Fans have two purchase options, both of which include access to the online concert experience on January 31 and additional membership perks. Details on how to purchase and membership options are included below:

Fans can choose from a Standard or Plus channel membership which include the following:

Safety is of the utmost importance to BLACKPINK, YG Entertainment and YouTube so we hope fans understand and will join us to celebrate THE SHOW in just a few weeks’ time on January 31, 2021!

Visit BLACKPINK’s BLACKPINK’s Official YouTube Channel for the most up-to-date information on THE SHOW.

“Thirsty” is produced by Grammy-nominated Kosine, who is one half of the producer duo Da Internz. The visual, which is an ode to OnlyFans, is directed by Jet Phynx.

Good Girl is redefining what it means to be a “good girl”— as well as R&B as we know it. The Philadelphia-based quartet of Bobbie, Megan, Arielle, and JL have spent years honing their talents and building a considerable fanbase through their viral covers online.

All four members of Good Girl hail from the East Coast and met in various ways through dance, eventually convening in Philadelphia. Career inspiration struck when they performed a gig in the city, where they covered songs from musical inspirations like TLC and En Vogue.

They immediately got to work on building their group dynamic, regularly posting viral videos on Instagram of the four of them singing and dancing to classic R&B songs in their car. They eventually signed with RCA, heading out to Los Angeles to work on forthcoming EP that showcases their growth as artists and as human beings. “We’re really big on confidence and being true to yourself—girl power, black girl magic,” Bobbie enthuses. “We want everyone to be able to relate to our music, and for it to be timeless as well.”

Keep Up With Good Girl:

Columbia Records’ Jam Jr. in partnership with Justice launches RUN THE WORLD, the first of its kind tween social media sensations that include Kheris Rogers, Hayley LeBlanc, Jessalyn Grace and Corinne Joy. With a combined social reach of 10+ million followers, the up and coming girl group is dedicated to supporting the mission by making all girls feel empowered by collaborating on original songs and reimagining hit songs.

The group is set to record an album that puts an emphasis on making girls everywhere feel confident, with their first single and video “Rainbow” releasing on June 26. Supporting the mission of making sure others feel empowered, the partnership between Columbia Records and Justice will deliver positive music as well as entertaining and uplifting content all year long.

“We’ve dreamt of being in a girl group growing up, now that we’re in one it is honestly so surreal. As a girl group, we hope to empower other girls to “run their world” and be their best selves. We can’t wait for our fans to hear the music we have been working really hard on in the studio. By using our voices, we hope our fun, energetic and uplifting sound will inspire and instill confidences in others,” says the group.

Collaborating with Justice, the group will release a Justice X Jam Jr Collection, which will launch mid-July in all Justice stores and on shopjustice.com.  The collection will include an extensive mix of apparel and accessories, including graphic tees, denim skirts & jackets, mesh tops, dresses & fashion bags.

Run The World will join Girl Scout’s troops in celebrating their end of year accomplishments on June 27 at 5pm EST on Girl Scouts’ Instagram. Along with the girls, social media heartthrob Gavin Magnus and twins DJs Amira and Kayla will be joining the event. Tune in to the live interactive extravaganza where there will be tons of fun, giveaways and lots of dancing.

Get to know Run The World a little more with this behind the scenes video. Watch HERE.

K-Pop sensation (G)I-DLE has teamed up with Republic Records in the United States to release their third mini album, I trust, marking their official U.S. debut. Get I trust HERE. Full track listing below.

“We are excited to be teaming up with the multi-talented girl group, (G)I-DLE as they make their highly anticipated debut into the U.S. marketplace. The new mini album, I trust, launches the group stateside as we endeavor to accelerate their trajectory towards global stardom.” said President, COO and Co-founder of Republic Records, Avery Lipman.

Now (G)I-DLE has released their third mini album I trust, which is inspired by a theme of self-assurance. The message of the album is “I trust = I trust myself,” revealing (G)I-DLE’s very own unique confidence.

The official music video for “Oh my god” has already received over 33 million views! Watch it HERE.

In 2019, (G)I-DLE reached unparalleled heights ignited by the I made and the standout single “Senorita.” Going viral, the latter racked up 70 million YouTube views and 38 million-plus Spotify streams, as the hit streak continued on “Uh-Oh,” which E! Online applauded and noted, “The girls exude confidence and we are loving it!” Subsequently, (G)I-DLE gained momentum as one of the most popular acts on Mnet’s Queendom, an American Idol-type show with a reality TV format. As they went up against more established K-Pop artists known throughout Korea, (G)I-DLE quickly became the fan favorite and the highlight of every episode. On the finale of the show, and to the delight of fans worldwide, they initially released “LION,” garnering immediate critical acclaim and trending on Twitter for the first three days after release. The song notably spent four weeks on the Billboard World Digital Song Sales Chart, and Billboard voted it “One of the Top 25 K-Pop Songs Released in 2019.” Not to mention, the pop starlets have received multiple awards, including “Best Performance” at the annual Golden Disc Awards and “The World K-POP Rookie Award” from the GAON Chart Music Awards. In addition, they performed at the Golden Disc Music Awards in January to an uproar of fan cheers along with other critically acclaimed artists such as BTS, MONSTA X, TWICE, and others.

2020 remains poised to be (G)I-DLE’s biggest and boldest year yet, as they expand their reach into North America and once again prove their international influence and might. 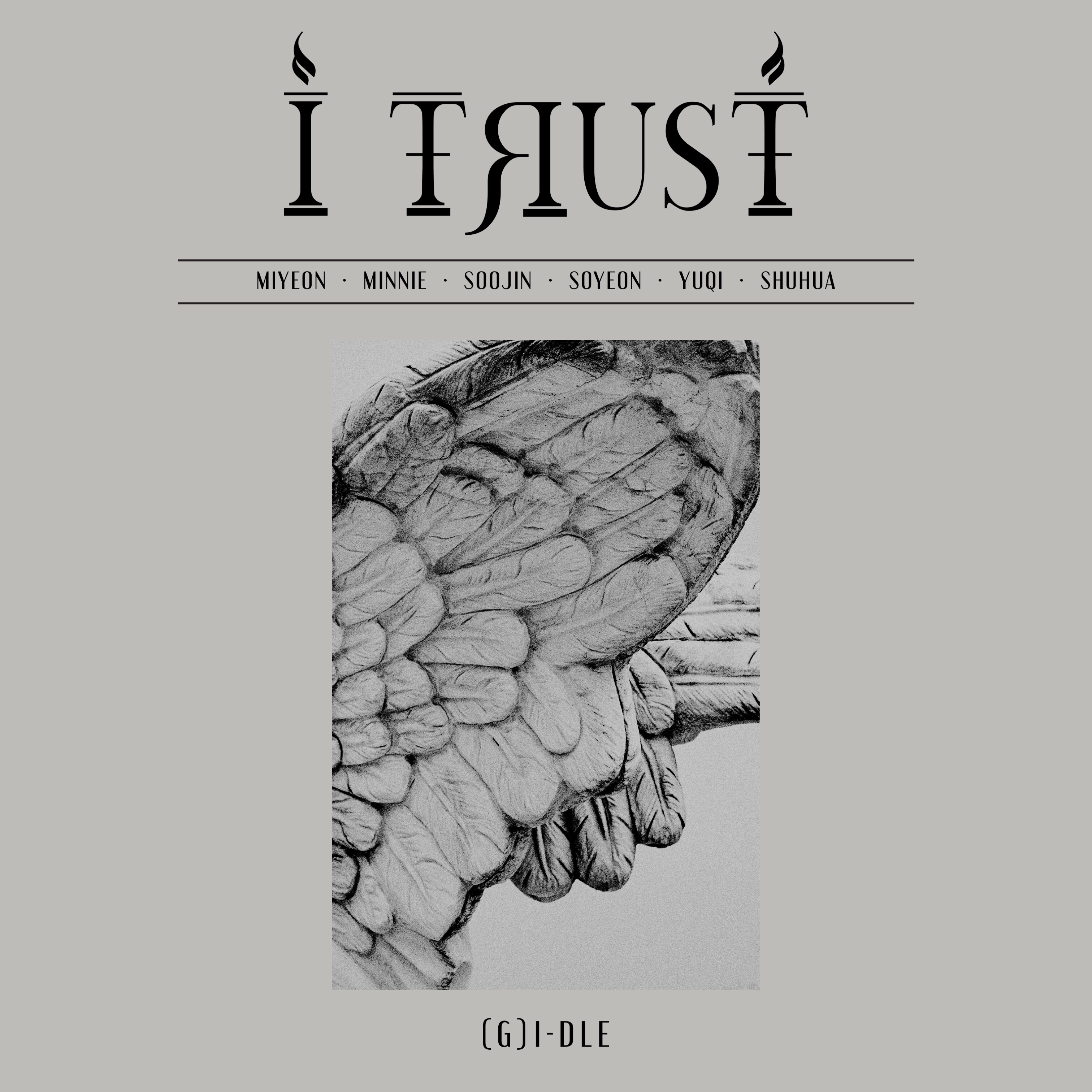