“Bob Marley was a revolutionary whose weapons of choice were unity and knowledge in the battles against oppression and ignorance. His music and his words fight on for generations across the earth.” – Chuck D

Today, episode seven of Bob Marley’s Legacy documentary series continues with “Freedom Fighter,” a powerful new short featuring insight and interviews from some of the world’s most respected artists, writers, activists, and filmmakers, each offering their own take on Bob’s music, his message, and his unique power at uniting and articulating the long and painful journey from oppression and the struggles his brothers and sisters have endured over the years.

In this digital era, Bob Marley remains one of the most followed posthumous artists on social media, and MARLEY75 will serve to bring his music and message to the digital foreground, reaching new audiences and perspectives with innovative content and groundbreaking technology. Special live events, exclusive digital content, recordings, exhibitions, plus rare and unearthed treasures will also be revealed throughout the year.

Bob Marley’s music continues to inspire generation upon generation, as his legacy lives on through his message of love, justice, and unity, a sentiment needed more than ever in 2020. In conjunction with Tuff Gong and UMe, a division of the Universal Music Group, the Marley family will continue to ensure the highest quality, integrity, and care is taken to honor Bob’s legacy and to celebrate one of the 20th century’s most important and influential figures.

Additional information on MARLEY75 events will be revealed soon.

Bob Marley, a Rock and Roll Hall of Fame inductee, is notable not only as the man who put reggae on the global map but, as a statesman in his native Jamaica, he famously brought together the country’s warring factions. Today, Bob Marley remains one of the 20th century’s most important and influential entertainment icons. Marley’s lifestyle and music continue to inspire new generations as his legacy lives on through his music. In the digital era, he has the second-highest social media following of any posthumous celebrity, with the official Bob Marley Facebook page drawing more than 70 million fans, ranking it among the Top 20 of all Facebook pages and Top 10 among celebrity pages. Marley’s music catalog has sold millions of albums worldwide. His iconic collection, LEGEND, holds the distinction of being the longest-charting album in the history of Billboard magazine’s Catalog Albums chart and remains the world’s best-selling reggae album. Marley’s accolades include inductions into the Rock and Roll Hall of Fame (1994) and ASCAP Songwriters Hall of Fame (2010), GRAMMY® Lifetime Achievement Award (2001), multiple entries in the GRAMMY® Hall Of Fame, and a star on the Hollywood Walk of Fame (2001). For more information, visit bobmarley.com 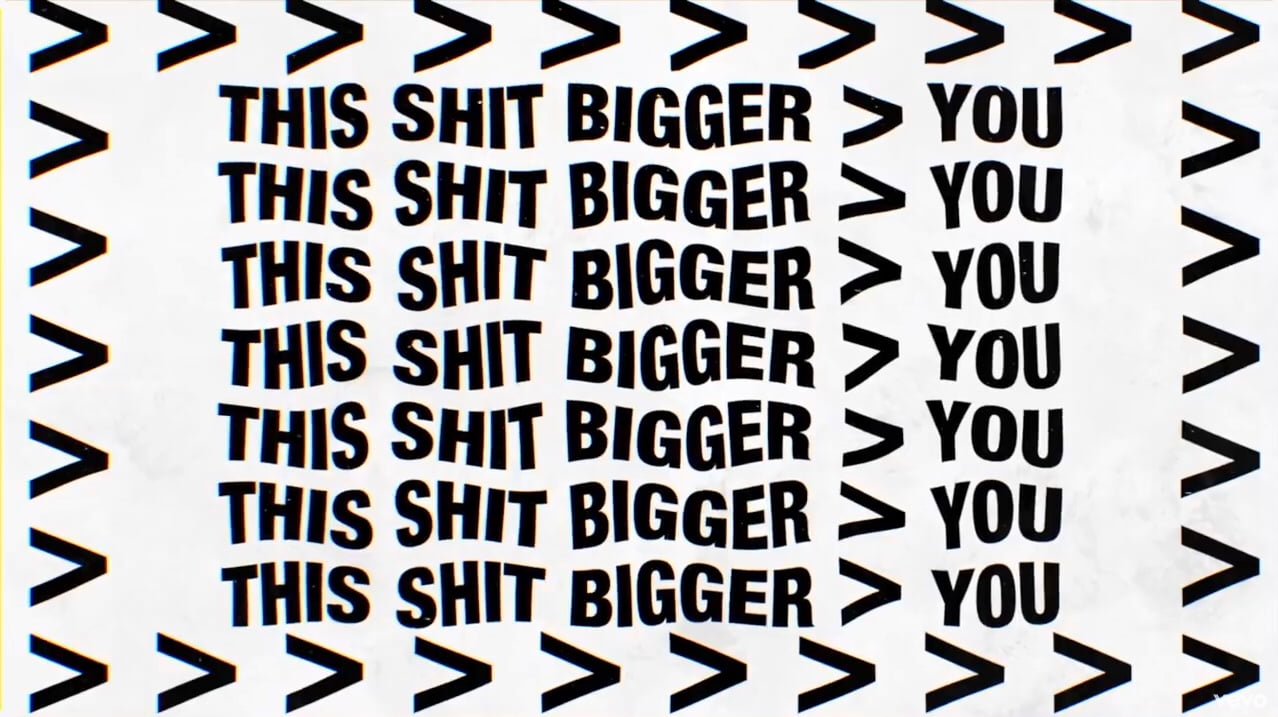 LISTEN TO “BIGGER THAN YOU” HERE:

“The Moment” is a Champs Sports franchise that provides a platform for professional athletes to share inspirational stories rooted in their personal journeys to success through musical collaborations.

Following three earlier successful collaborations between elite athletes and iconic artists, the fourth episode is rooted in an authentic moment for Cam Newton where his personality and influential style propelled him into a category of his own. Cam is a superstar who showcases his talents on and off the field and in everything he does, highlighting his elite talent, creative style and unmatched personality.

Cam details his journey to success, describing how he overcame obstacles and pressure to fit a certain mold, which ultimately influenced his style on and off the field to this day. Cam is unique in his approach to avoid just “fitting in”. The campaign features peacocks, panthers, and QB drones Cam is on a mission to change the game and make a lasting impact on sports and society.

Through the hero track, “Let Me In”, 2Chainz brings Cam’s journey to life. The two Atlanta based hometown heroes and real life friends showcase their relationship and excellence in their respective fields, Sport and Music, and deliver a unique approach to share their craft. “Let Me In” embraces being different and Cam unapologetically tells the world he’s ushering change; bringing who he is and what he stands for with him in everything he does.

Cam reveals the second colorway of his signature C1N trainer, “Chairman” from Under Armour. Combining tough, ultralight performance with a sleek, low profile design, the new C1N Chairman colorway honors Cam Newton’s love of ‘50s swank and his hunger to make an impact on his adopted home of Charlotte, NC.

Featured product in the campaign includes the C1N Chairman ($120) and the UA Anorak Jacket ($100), available at Champs Sports retailers and www.champssports.com.

“We Know Game” is a declaration of the values Champs Sports shares with its consumers: Perseverance, Achievement, Growth, Community, and Optimism. Champs Sports is committed to equipping its consumers for the win, no matter the landscape they face in life. In the process, Champs Sports will provide innovative platforms for athletes and other celebrities to share their personal stories of living these values.

Champs Sports will look to inspire its consumers by bringing to life other athletes’ storytelling moments in future releases of this series.

For more information on the “The Moment” Episode Four campaign, visit www.champssports.com 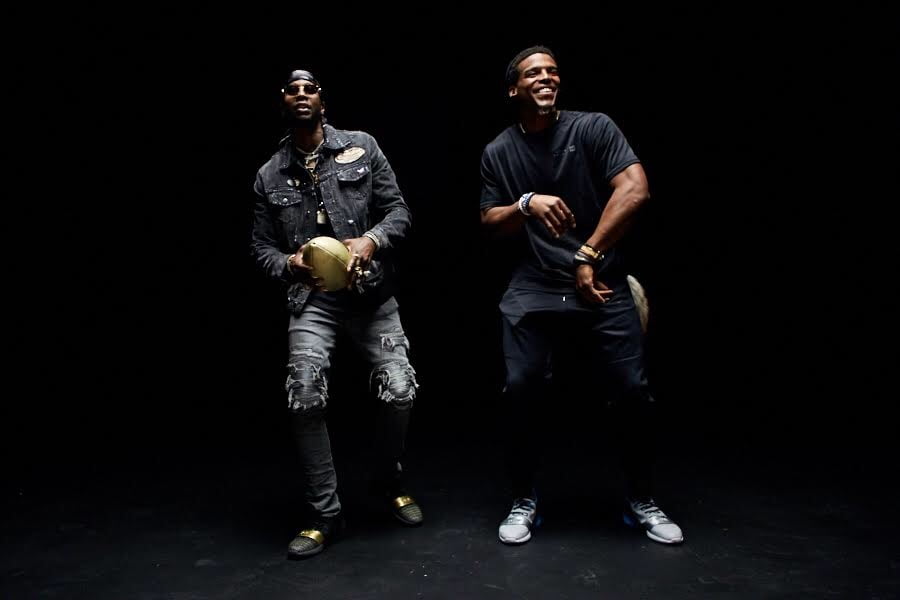 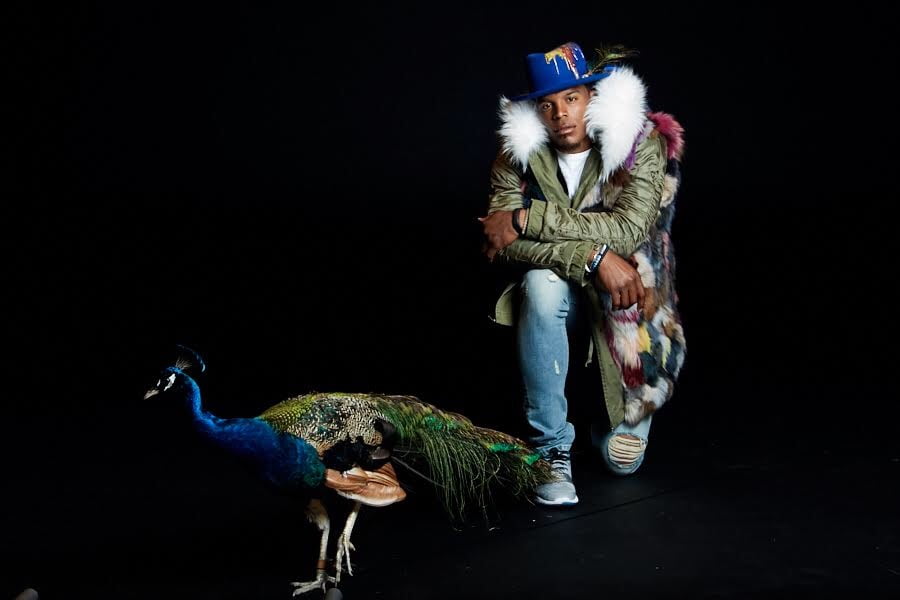