Reebok has unveiled its second iteration of the game-changing “Alter the Icons” collection – this time in partnership with emerging rapper and record producer JayIDK.

The collection, which puts a new and refreshing spin on classic Reebok silhouettes like the Classic Leather and Workout Plus, tears up the traditional design rulebook and will launch August 15. In addition to launching the collection, Reebok has also debuted a video with JayIDK – highlighting his journey and alternative path to success. 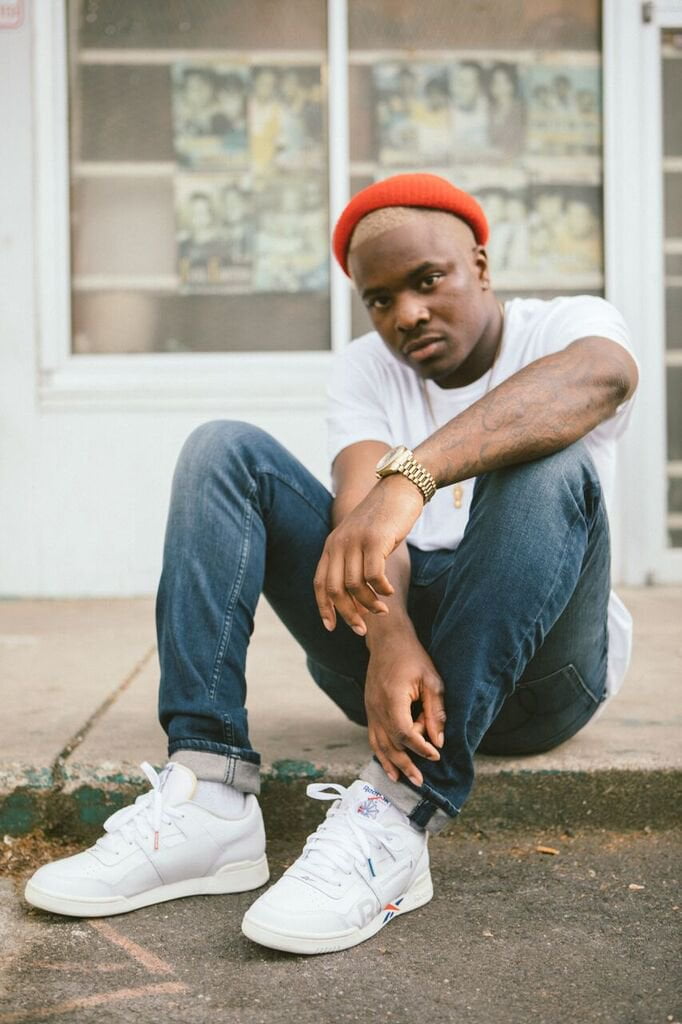 They say you don’t mess with a Classic – but Reebok’s done it anyway. Reebok Classic’s newest campaign with Foot Locker Inc., dubbed Alter the Icons, discards decades of design practice to present radically chopped-and-skewed, heritage-hacked spins on the brand’s most iconic sneakers in an open statement against convention.

Featuring classic footwear with reinterpretations of the brand’s iconic Starcrest and vector logos, the campaign spotlights the brand’s unique approach to heritage – that tradition isn’t canon, but a platform for contemporary thinking. Alter the Icons looks to guide the rising generation of future designers, artists and other young visionaries in helping them homage history without being swallowed by it. It is a challenge for creatively and culturally-minded consumers across the globe: dare to alter your path.

To launch the campaign, Reebok is dropping the product with a street-level pop-up saluting New York’s famed street merchant culture. A brand-approved street merchant will set up shop starting at 10 a.m. outside Foot Locker’s New York Flagship on 34th Street in Herald Square featuring street-legal spins on classic Reebok merch. Open to the public for one day only, the pop-up will guide consumers into the Foot Locker storefront where they will discover the official campaign product.

“With this launch pop-up activation, we wanted to pay homage to something that has not only been a part of New York City’s street culture for decades, but speaks to the spirit behind what Alter the Icons is all about – challenging convention and breaking the rules,” says Neal Taylor, General Manager of Reebok Classic.

The campaign will continue by rolling out a series of video profiles featuring a selection of game changing contemporary music artists – including Saweetie, Lil Baby, Bodega Bamz, JAYIDK and MadeinTYO – sharing their unconventional paths to success that showcase a similar departure from creative tradition. A trailer for the series featuring these visionary artists can be viewed here.

“Alter the Icons is about celebrating those who have similarly broken custom within their mediums – fashion, music, design, art – by using their own ‘spin’ to alter traditional paths to success,” Neal Taylor adds, “We see these five artists as role models for bold cultural departure, inspiring a likeminded generation of rising creatives to push boundaries and march to the beat of their own drum.”

The first drop of the Alter the Icons collection, featuring the Classic Leather and Workout Plus silhouettes, is available for purchase beginning today on Reebok.com, and in-store and online at Foot Locker, Lady Foot Locker, Kids Foot Locker, SIX:02, Champs Sports and Footaction for $85 while supplies last.

For more information on the Alter The Icons collection, please visit www.reebok.com/us/alter, and follow the #AlterTheIcons hashtag on your social media platform of choice. Stay tuned at Reebok.com for further information on upcoming Alter the Icons product drops.

Reebok International Ltd., headquartered in Boston, MA, USA, is a leading worldwide designer, marketer and distributor of fitness and lifestyle footwear, apparel and equipment. An American-inspired global brand, Reebok is a pioneer in the sporting goods industry with a rich and storied fitness heritage. Reebok develops products, technologies and programming which enable movement and is committed to accompanying people on their journey to fulfill their potential. Reebok connects with the fitness consumer wherever they are and however they choose to stay fit – whether it’s functional training, running, combat training, walking, dance, yoga or aerobics. Reebok Classics leverages the brand’s fitness heritage and represents the roots of the brand in the sports lifestyle market. A subsidiary of adidas, Reebok is the exclusive outfitter of CrossFit and the CrossFit Games; the exclusive authentic global outfitter of UFC; the title sponsor of the Reebok Ragnar Relay series; and exclusive apparel provider for Les Mills.

Discover Reebok at the following locations: