On this milestone anniversary, Museum to highlight paintings by Lorenzo Latimer, the plein air water colorist renowned for his depictions of the Sierra and Northern Nevada.

One of the Silver State’s oldest cultural institutions, the Nevada Museum of Art, opened its doors in Reno 90 years ago. To punctuate an ongoing celebration, the Museum will showcase over 100 paintings from the San Francisco-based artist and teacher Lorenzo Latimer, along with works by Nevada artists he mentored including Mattie S. Conner, Marguerite Erwin, Dora Groesbeck, Hildegard Herz, Nettie McDonald, Minerva Pierce, Echo Mapes Robinson, Nevada Wilson, and Dolores Samuel Young. In 1921, these artists joined together to formally establish the “Latimer Art Club,” the founding volunteer organization of the Nevada Art Gallery, known today as the Nevada Museum of Art.

The Latimer School: Lorenzo Latimer and the Latimer Art Club opens July 31 and will run through March 27, 2022.

“Without the Latimer Art Club’s commitment to the visual arts in our region, the Museum wouldn’t be the institution it is today. It is fitting to acknowledge the foresight of the Latimer Art Club,” said Ann M. Wolfe, the Museum’s Andrea and John C. Deane Family Senior Curator and Deputy Director. “Our institution’s unique emphasis on art, nature, landscape, science, and the humanities sets this Museum apart from other interdisciplinary art museums and has its roots in the history of the Latimer Art Club,” she said. Wolfe co-curated the exhibition, with Jack L. Bacon, a Reno-based art consultant and former gallery owner specializing in historical Nevada art.

Lorenzo Latimer first visited Fallen Leaf Lake on the south side of Lake Tahoe in the summer of 1914 to teach en plein air (outdoor) painting classes. In 1916, he was invited by two students to teach a painting class in Reno. He ultimately became a cherished member of the Northern Nevada arts community, returning annually to teach his signature watercolor style to burgeoning artists of Reno. In 1931, the Latimer Art Club was invited by Dr. James Church, art collector Charles Cutts, and other community leaders to join to incorporate the nonprofit organization known as the Nevada Art Gallery, now the Nevada Museum of Art.

Historic Latimer Art Club paintings–featuring the Truckee Meadows, Washoe Valley, Lake Tahoe, and Pyramid Lake – are foundational to the history of Northern Nevada’s outdoor painting tradition. The Latimer Art Club remains active today, with over 90members who come together for meetings, workshops, and to paint regularly throughout the area.

“To truly understand the art history of our region, we must acknowledge the contributions that the Latimer Art Club has made over the years to enrich the cultural fabric our community,” said Wolfe.

The anniversary exhibition will be accompanied by a lavishly illustrated 350-page book with an essay on the history of the Nevada Museum of Art by Wolfe and a biographical essay on Latimer by Alfred C. Harrison, a nineteenth-century painting scholar and art historian with a special emphasis on California art. The book is co-published by Jack Bacon & Company in association with the Museum and is available in the Museum store or online here.

Several opportunities commemorating the Museum’s anniversary are planned in the coming months.

Ann M. Wolfe on Art, Nature and the Founding of the Nevada Museum of Art

Ann M. Wolfe, Andrea and John C. Deane Family Senior Curator and Deputy Director, looks back at the history of the Nevada Museum of Art. With an emphasis on the Museum’s early ties to the San Francisco Bay Area, the Bohemian Club, Fallen Leaf Lake, and the University of Nevada, Wolfe will review the roots of the Latimer Art Club from the 1910s to the critical role the Club played in the founding of the Museum.

Jack Bacon on The Latimer School

Thursday, December 9, | 6pmNevada art specialist Jack Bacon and co-curator of the exhibitionThe Latimer Schoolwill share stories of the Latimer Art Club’s founding members, many of whom came from pioneer families as far afield as Tuscarora, Virginia City, and Carson City.

A Closer Look: Landscapes in Nevada

Experience a guided tour of The Latimer School. Docents will host conversations centered around landscapes in Nevada and beyond.

President Joe Biden’s recent announcement that the United States will have enough coronavirus vaccines for all adults by the end of May – two months earlier than previously thought – is promising news for travelers. Precautions will still need to be taken, of course, but domestic travel is likely to be popular again this summer, highlighted by national parks, active trips and travel where physical distancing is possible. Here are six dream vacations to take this summer once you’ve gotten your shots.

1. Long-Weekend Cycling: Adventure Cycling Association is offering a new collection of long-weekend tours close metropolitan areas to make it easy to give bike travel a try. Options include taking in the crisp mountain air and stunning vistas while cycling around the stunning Lake Tahoe on the California-Nevada border, or leaving behind the hustle and bustle of New York City to bike up the Hudson River valley and visit peaceful state parks. To learn more, visit this website

2. Greater Yellowstone Adventures: A stay at The Wilson Hotel in Big Sky, Montana, offers the opportunity to explore the surrounding mountains, rivers and Yellowstone National Park. Go hiking through shaded forests and wildflower-filled alpine meadows, float or fly fish in a clear, cool river, experience the adrenaline rush of lift-served mountain biking at Big Sky Resort, or tour the natural wonders and wildlife of Yellowstone. To learn more, visit this website.

6. Retreat to a Teton Tiny House: With sustainably built, LEED-certified “tiny house” cabins, Fireside Resort is Jackson Hole, Wyoming’s most innovative take on resort town lodging. The resort embraces modern, yet rustic design and presents a fresh approach to luxury lodging. Nestled in a wooded setting at the foot of the Teton Range, the cabins allow guests to get back to nature while enjoying the intimacy of a boutique hotel and the ambiance of their own cozy residence. To learn more, visit this website. 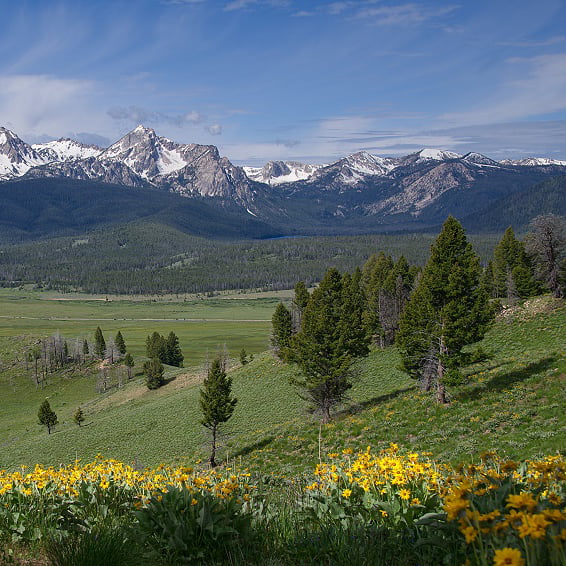 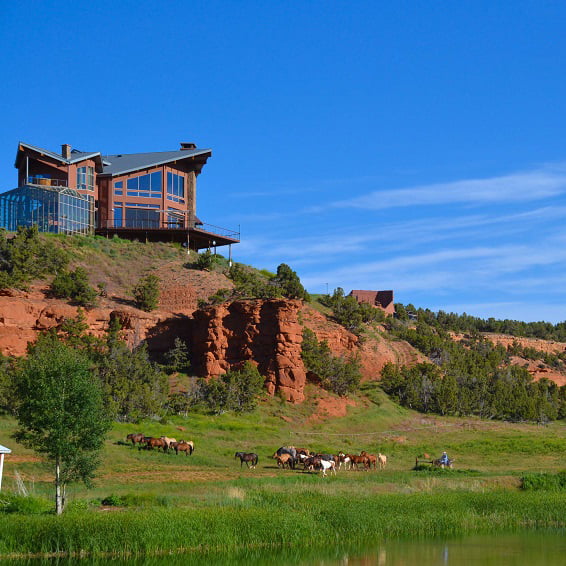 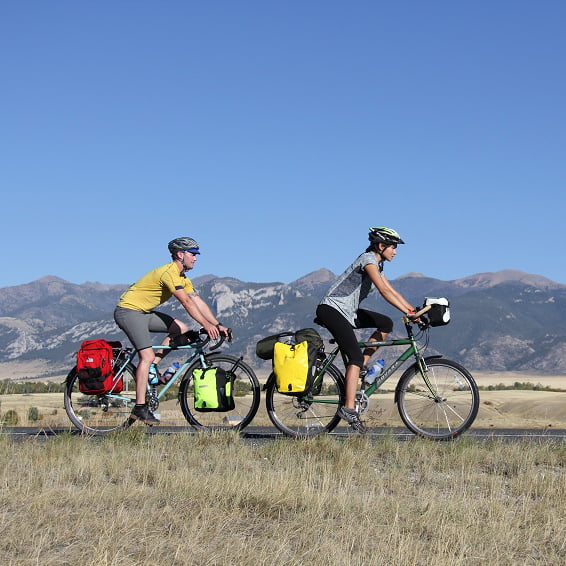 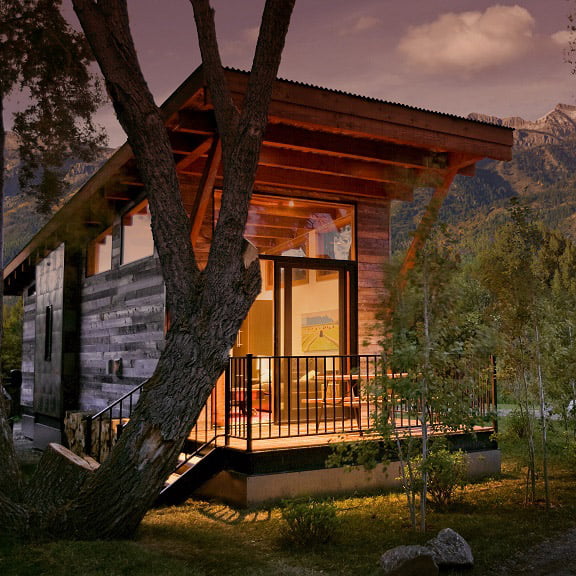 Get the official Soundtrack Album here:http://republic.lnk.to/BadTimesAtTheElRoyalePR

Assembling jazz, doo wop, and fifties and sixties staples, the album reflects the smoky film noir spirit of the critically acclaimed thriller. It features classics from iconic crooners like Frankie Valli, anthems from seminal pop groups such as The Mamas and the Papas, Motown courtesy of The Four Tops, and much more.

About Bad Times At The El Royale:

Seven strangers, each with a secret to bury, meet at Lake Tahoe’s El Royale, a rundown hotel with a dark past. Over the course of one fateful night, everyone will have a last shot at redemption… before everything goes to hell. Jeff Bridges, Chris Hemsworth, Jon Hamm, Dakota Johnson and Cynthia Erivo lead an all-star cast in BAD TIMES AT THE EL ROYALE.