This Wednesday (11/11), Wallen will perform his chart-racing Top 3 single “More Than My Hometown” while vying for New Artist of the Year on the 54th Annual CMA Awards airing on ABC.

ABOUT MORGAN WALLEN:
Morgan Wallen has staked his claim as Country music’s next superstar with nearly 3 BILLION+ on-demand streams, MULTI-PLATINUM certifications, and three consecutive chart-toppers. “Unapologetically fresh and modern” (The Tennessean), the dynamic Tennessee native has been riding a red hot streak since 2017, collecting accolades including Best New Country Artist at the 2020 iHeartRadio Music Awards, Billboard’s #1 song of 2019 on both the Hot Country Songs and Country Airplay charts (multi-week #1 “Whiskey Glasses”), ACM, CMA and CMT Music Awards nominations, recognized on PEOPLE’s Ones to Watch and MusicRow’s 2019 Next Big Thing lists, plus high-profile features in the Los Angeles Times, Associated Press, The Washington Post, Genius, and more. Wallen proved his crossover appeal with 2X PLATINUM Diplo collaboration “Heartless,” and previewed his highly anticipated sophomore album with New Year’s surprise drop “This Bar,” current Top 3 single “More Than My Hometown,” and record-breaking hit “7 Summers,” which debuted at #1 on the Billboard Hot Country Songs chart and inside the Billboard Hot 100’s Top 10 while shattering first-day streaming records at Apple Music and Spotify.

The Weeknd has released a video for “Too Late” from his album After Hours. In the video, the GRAMMY award winner’s decapitated head is found in the middle of the street by two deranged super fans. From there, they need to find a body to attach it to. The very NSFW video was directed by Cliqua (Bad Bunny, Rosalia, J Balvin, etc.).

Also available today is the release of The Weeknd and Suicoke sandal collab presented by XO Brand. This first release between the cult Japanese sandal brand and XO is inspired by the Moto style. On the strap are two velcro pads that have been adhered to the two straps. On top of that is an original XO logo patch. The patch is removable and can be attached as desired. The model comes in an all-black upper, footbed, and outsole. You can see them here below. 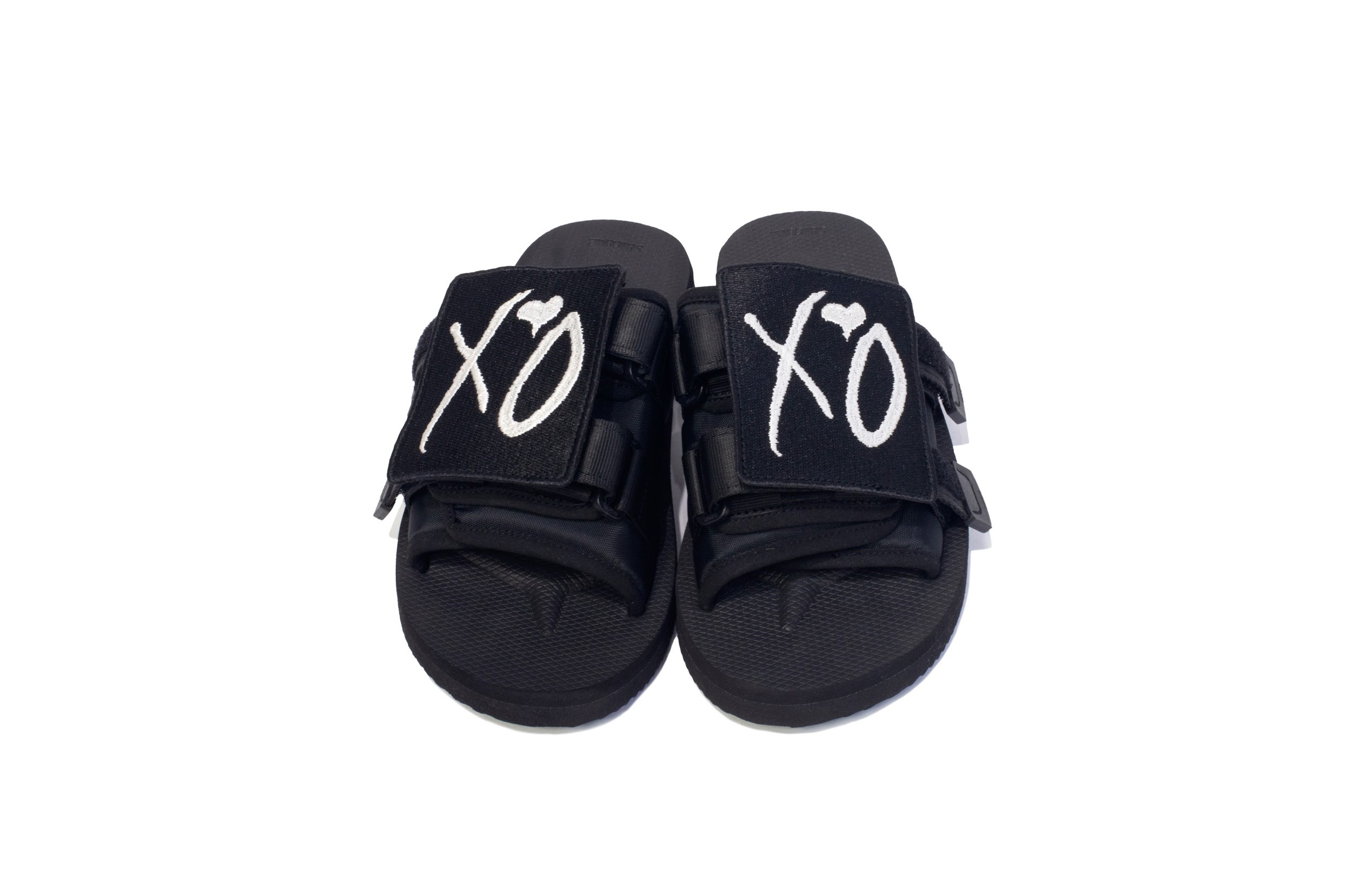