Lyn Lapid returns with a cover of Sarah McLachlan’s critically acclaimed and widely adored “When She Loved Me”—listen HERE. Lyn also unveils a live performance video of her take on the song on her YouTube—watch HERE.

Lyn originally released a cover of “When She Loved Me” on her TikTok earlier this year, which has over 13 million views and 2 million likes to date and resulted in over 420 thousand video creates using the sound from her video—watch the original TikTok HERE. Sarah McLachlan’s original song is famously featured in the Toy Story 2 soundtrack and won a GRAMMY Award for “Best Song Written for a Motion Picture, Television or Other Visual Media.” It was also nominated for “Best Original Song” at Golden Globes and Academy Awards.

Of her cover, Lyn says, “I covered this song on TikTok about a year ago, and it blew up like crazy. I think over 400k videos were posted with my cover, and a ton of my followers were asking for me to put it on streaming platforms, so I did! It’s such a beautiful song and so pretty with the ukulele, and after a year it’s still just as pretty.”

Lyn recently released a cover of Billie Eilish’s “Your Power,” which resulted in a co-sign from the artist herself, who commented on the video: “this is so beautiful.” Watch the video HERE. Jungkook from BTS also recently added Lyn’s debut single “Producer Man” to his “Favorite Tracks” playlist on Spotify—see HERE.

“When She Loved Me” sets the stage for more new music to come from the 18-year-old singer and songwriter this summer. The cover follows her latest single “Itsy Bitsy” released earlier this year—watch the official video HERE. The song, a spin on the classic children’s nursery rhyme “Itsy Bitsy Spider,” illustrates Lyn’s rapid progression as a songwriter and artist. E! Online hailed it as “an exciting alt-pop release from a very promising new talent,” and Refinery29 praised it saying, “a classic nursery rhyme gets a haunting Gen-Z makeover.”

Lyn Lapid has affirmed herself as a star on the rise for 2021. “Producer Man” emerged as “the most-viewed unreleased demo on a TikTok video in 2020.” The song morphed from a viral TikTok clip into a phenomenon, as the original demo eclipsed over 70 million views and 8 million likes on the app. To date, the official release—produced by Dan Nigro [Olivia Rodrigo, Conan Gray, Carly Rae Jepsen, Lewis Capaldi, Sky Ferreira, Empress Of]—has racked up over 40 million global streams and 6 million YouTube views on the music video. Attracting widespread tastemaker praise, Rolling Stone claimed, “The fully produced version evokes early Nineties coffee-house soul gussied up with modern drum programming and ghostly electronic harmonies,” while Idolator rightfully predicted it “is certain to make big waves.”

A classically trained musician, unpredictable vocal dynamo and fearless genre-breaker, Lyn Lapid asserts herself as an individual through and through. At 18-years-old, the singer, songwriter, multi-instrumentalist, and member of vocal collective EARCANDY has unassumingly emerged as an unapologetic and undeniable voice for her generation. In 2018, Lyn posted a ukulele and vocal cover of “Best Part” by Daniel Caesar and H.E.R. on YouTube. She went on to deliver D.I.Y. YouTube renditions of everyone from Ariana Grande and Sabrina Claudio to Edith Piaf and Sarah McLachlan, amassing 34 million-plus views and counting on her channel. In late 2019, Lyn launched her TikTok page, building an audience of 3.8 million followers at a rapid pace. Meanwhile, a snippet of her first original, “Producer Man,” exploded. Gathering over 70 million views and 8 million likes thus far, it emerged as “the most-viewed unreleased demo on a TikTok video in 2020.”

Standing strong alongside his previous releases “Demons”, which was recently featured on Pusha T’s Heir Wave Radio 002 playlist and slow-burning trap ballad “Viola”, “Out Da Oven” is produced by Huff47.

During his recent Rolling Loud performance, StaySolidRocky previewed “Out Da Oven”, leaving an astonishing fan response and the song is now available on all streaming platforms, listen here.

ELEVATOR Magazine said, “Rocky looks to not let his most successful single defy his career, but to continue proving that he’s more than just any other or another artist with a Billboard-charting single, but an artist who plans to make an impact on all platforms.”

As a true visual storyteller, StaySolidRocky released the official music video for “Out Da Oven” in addition to the audio. Watch the video, directed by LouieKnows, here.

Generating over 100 million streams across all platforms, Brooklyn’s own crossover superstar GASHI returns with a new track “My Year” with G-Eazy via Honesty Saves Time/RCA Records. Click HERE to listen.

Additionally, GASHI has been selected for YouTube’s Trending Artist On The Rise feature for today, January 24th. This U.S. feature highlights GASHI on www.youtube.com/trending for 24 hours.

“My Year” follows GASHI’s massive success of his latest single, “Creep On Me” ft. French Montana and DJ Snake which is currently climbing the Billboard Rhythmic and radio charts sitting at #34. The track has been streamed nearly 80 million times worldwide and was featured on Spotify’s Today’s Top Hits playlist as well as met with great critical praise from the likes of Billboard, Complex, Highsnobiety, and more.  Click HERE to watch the official video. 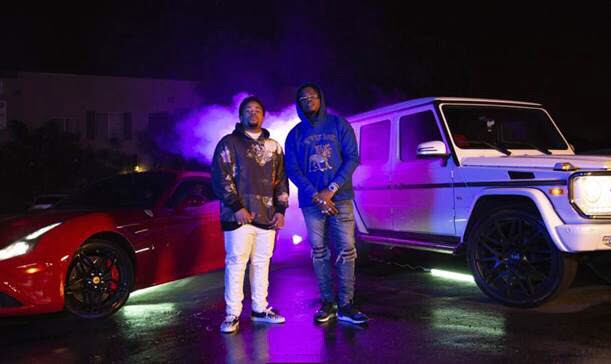 Los Angeles, CA – Hip Hop artist and producer FXXXXY (Rule #1/ Interscope Records) has just released the video for his latest single, “NEED U” featuring Gunna. Based on a true turn of events, the video follows the artist as he is forced to accept the tough reality of his rocky relationship. Throughout the video, FXXXXY, pronounced “Foxy,” pleads with his woman through the song’s refrain, “don’t say what you don’t mean.” The visual weaves together the couple’s plight until we ultimately learn what breaks them. Watch the video HERE.

Known for his memorable hooks and keen sense of production, FXXXXY has continued to prove that his rising star has staying power. With two EPs under his belt, Cartel Shawty and Flawed Up Shawty, the Dallas native has gained popularity through singles, “Lip Service 6” and the Zane Lowe-premiered “Beep Beep.” FXXXXY recently joined Travis Mills Beats 1 Radio to discuss his music and journey.