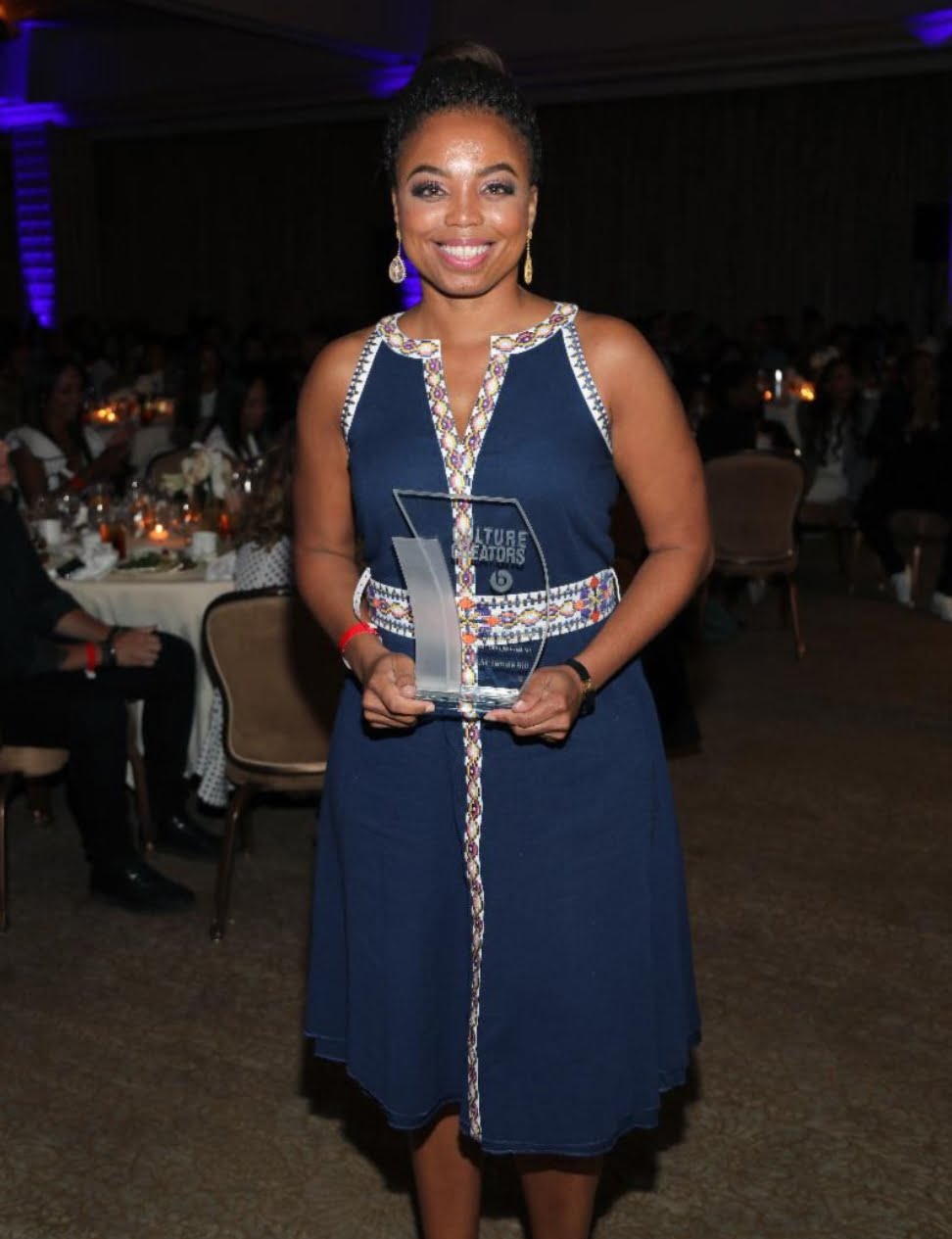 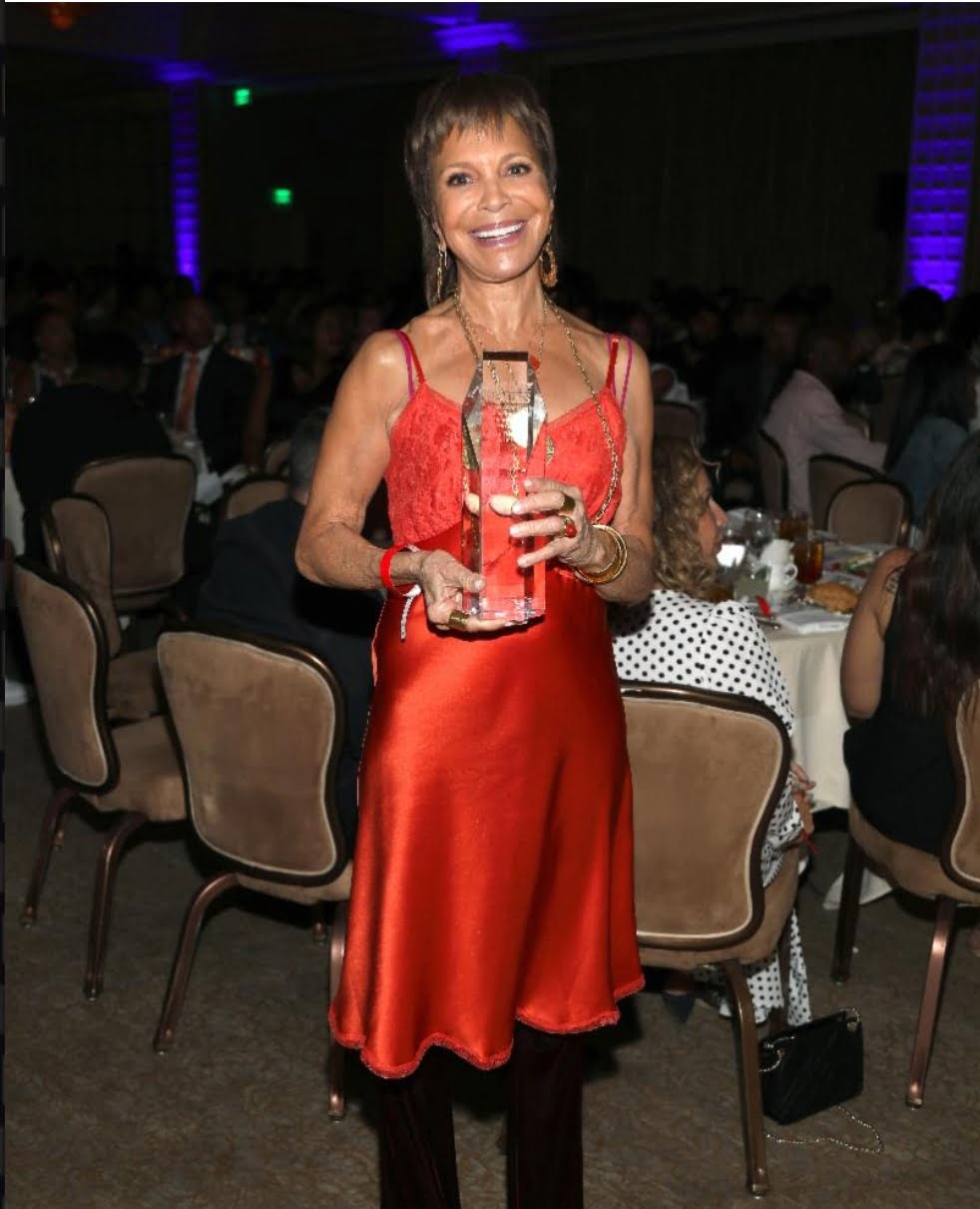 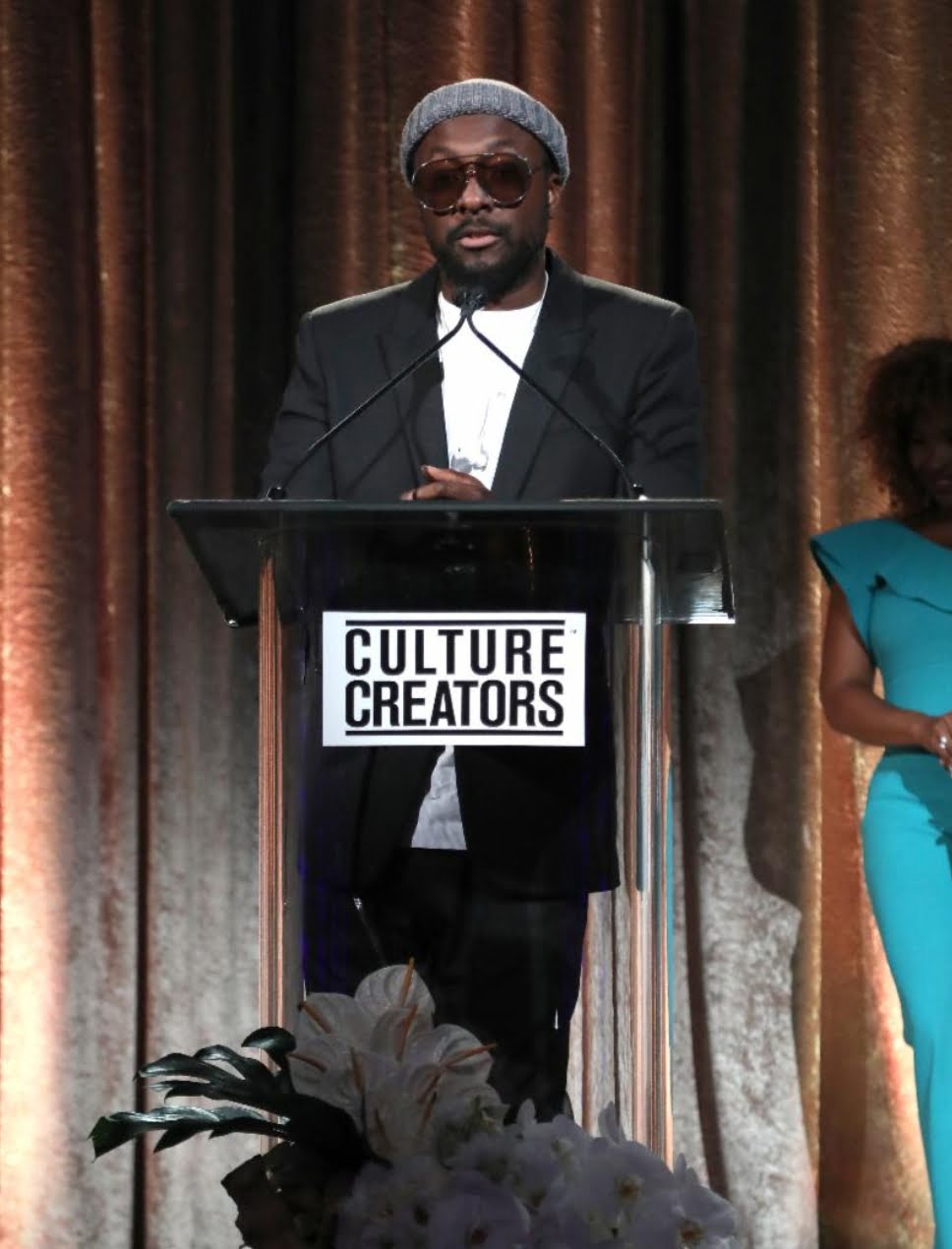 When TV One’s new original film, When Love Kills: The Falicia Blakely Story premieres on Monday, August 28, the cast, director and producers want the audience to be educated and informed while they are entertained. Based on a popular episode of the network’s true crime series, For My Man, the film depicts the true life tragedy of a teen mom in Atlanta who found herself the victim of psychological manipulation and physical abuse at the hands of a man who claimed to love her. Instead, he encouraged her participation in a life of stripping, prostitution, robbery and ultimately, murder – all in the name of love.

“When I was 14, I dropped out of school – a lot of people don’t know that. By the age of 16, I was bartending in a strip club, by the age of 20 I was stripping…so I understand how Falicia got there,” says film director Tasha Smith, who signed up for the project as her feature-length directorial debut. “By the grace of God, I ended up here, but she ended up in jail for the rest of her life.”

Yet, before Falicia was convicted of murder, she was a young girl looking for love and validation in all the wrong places. In an effort to reinforce the film’s underlying message that real love doesn’t hurt, TV One, in partnership with the National Domestic Violence Hotline, will air a public service announcement during the film presentation.

“This film is a cautionary tale about everything love shouldn’t be in our communities,” says Lori Hall, TV One SVP of Marketing. “Tasha Smith directs a powerful story that reveals exactly how a teenager can fall victim to a relationship that quickly moves from loving to abusive and unhealthy. We want this film to be a wake-up call for young people and families and we hope it will start a lot of dialogue in homes around the country.”

The PSA reveals that 1 in 3 women and 1 in 4 men have been victims of physical violence by an intimate partner, according to the National Domestic Violence Hotline. Chief Communications Officer Cameka Crawford joined panel discussions at TV One film screenings in Atlanta, New Orleans, New York and Los Angeles to provide the audience with resources to get help if they know someone who may be in an abusive relationship.

“Your instinct may be to ‘save’ them from the relationship, but it’s not that simple. Abuse is about power and control, so one of the most important ways you can help someone in an abusive relationship is to think about how you might empower them to make their own decisions,” says Crawford. “You can also offer support by listening without judgment and reassuring them that the abuse is not their fault. If you need help starting the conversation, you can contact the National Domestic Violence Hotline 24/7 at 1-800-799-SAFE (7233) or visit www.thehotline.org.”

Additionally, TV One partnered with Saving Our Daughters, an organization whose mission is to empower teenage girls from multicultural backgrounds through theater, music, film and television, to help overcome many obstacles such as bullying (cyber, gossip, face-to-face), dating abuse, domestic violence and other esteem slayers. Young ladies attended the When Love Kills premieres held in Atlanta, New York and Los Angeles to walk the red carpet with the cast and have a dialogue about real love and self-esteem.

“We are extremely blessed and excited about our new and ground breaking partnership with TV One. We look forward to the positive impact on working together to encourage and change the girls’ lives we serve,” says Curtis Benjamin, Saving Our Daughters Co-Founder & Chief Executive Officer. “TV One’s original movie cast, directors and producers of ‘When Love Kills’ have truly developed a tool for our girls to help create empowering conversations about date abuse, domestic violence and healthy mother and daughter relationships.”

Lance Gross, who plays Falicia’s abusive and manipulative boyfriend Dino, conducted research and prayed before taking on the role. Gross believes both women and men will see what not to do in relationships and child rearing by viewing this film.

“I want people to learn something from this film because I’m a father,” he emphasized. “Just reading this script and participating in this project makes me want to go home and love my daughter even harder, because who knows who the next Falicia Blakely will be.”

Still rocked by the experience of undertaking the role, Gross decided to email the real Falicia Blakely in prison and was surprised to receive a response. She thanked Gross and those involved in the film for their willingness to raise awareness against domestic violence.

When Love Kills: The Falicia Blakely Story premieres Monday, August 28 at 9 p.m. ET on TV One.

ABOUT THE NATIONAL DOMESTIC VIOLENCE HOTLINE

The National Domestic Violence Hotline is a non-profit organization established in 1996 as a component of the Violence Against Women Act (VAWA). Operating around the clock, confidential and free of cost, The Hotline provides victims and survivors with life-saving tools and immediate support. Callers to the hotline 1-800-799-SAFE (7233) can expect highly trained advocates to offer compassionate support, crisis intervention information and referral services in more than 200 languages. Visitors to TheHotline.org can chat live with advocates and they can find information about domestic violence, safety planning, local resources, and ways to support the organization.
The Hotline relies on the generous support of individuals, private gifts from corporations and foundations and federal grants. It is funded in part by Grant Number 90EV0407/03 from the U.S. Department of Health and Human Services (HHS)/ Family Violence Prevention and Services Program, a division of the Family and Youth Services Bureau in the Administration for Children and Families. Its contents are solely the responsibility of the authors and do not necessarily represent the official views of the Administration for Children and Families or the U.S. Department of HHS.

ABOUT SAVING OUR DAUGHTERS

Saving Our Daughters (SOD), a 501c-3 organization, creates the tools to get teen girls discussing key issues and fired up to take the power away from bullying (cyber, gossip, face-to-face), date abuse, hate crimes, school violence, violence against women, and other esteem slayers. SOD has had the honor of collaborating with key talent in film, television, and music with its celebrity-inspired book series as well as decades of experiential learning programs. With a powerful network of community partners, SOD delivers a revolutionary level of awareness and action to determinedly instigate fiercely confident living.

Launched in January 2004, TV One (www.tvone.tv) serves more than 60 million households, offering a broad range of real-life and entertainment-focused original programming, classic series, movies and music designed to entertain and inform a diverse audience of adult Black viewers. The network is the exclusive home of NewsOne Now, the only live daily news program targeting Black viewers. In December 2008, the company launched TV One High Def, which now serves 14 million households. TV One is solely owned by Radio One [NASDAQ: ROIA and ROIAK, www.radio-one.com], the largest radio company that primarily targets Black and urban listeners. 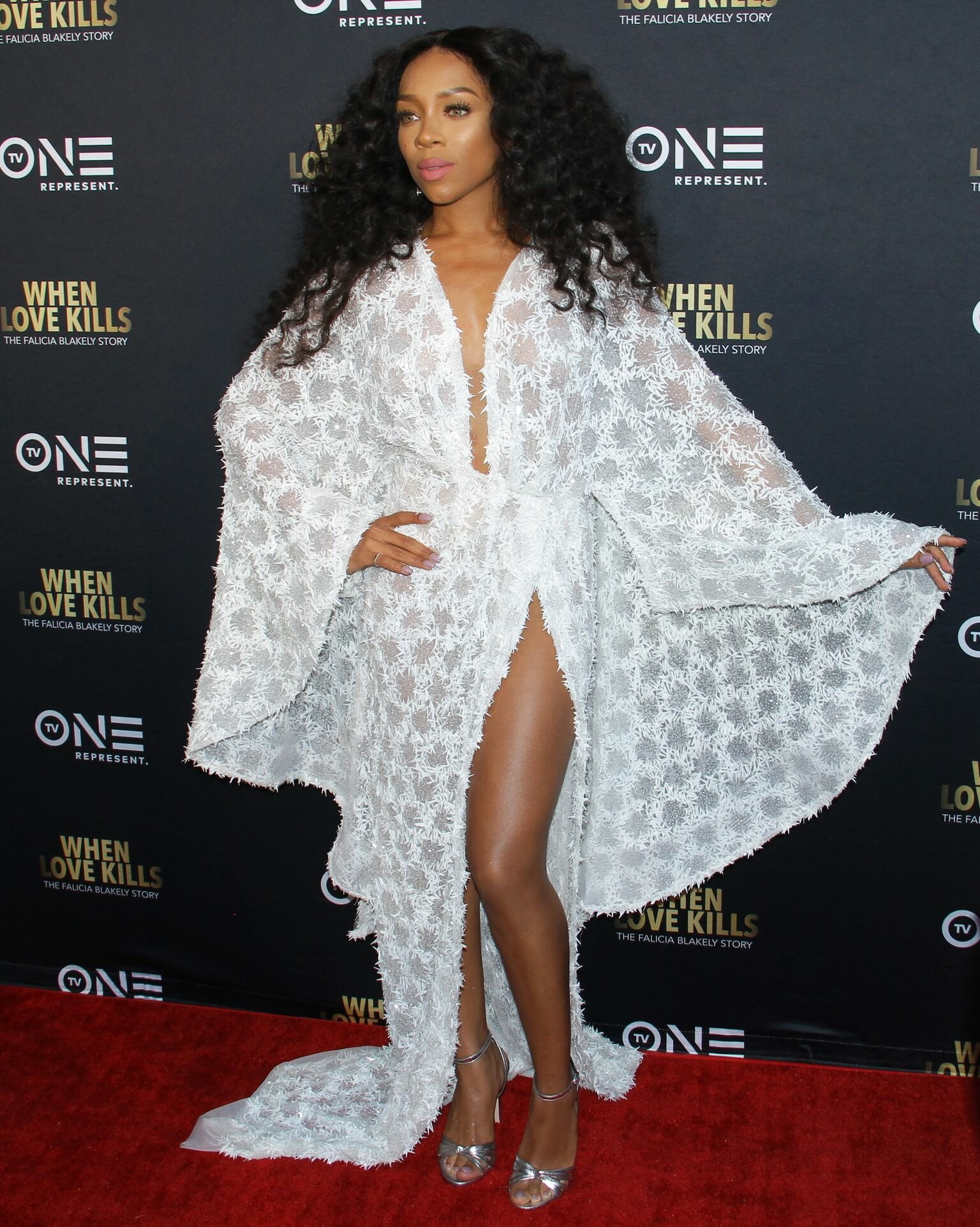 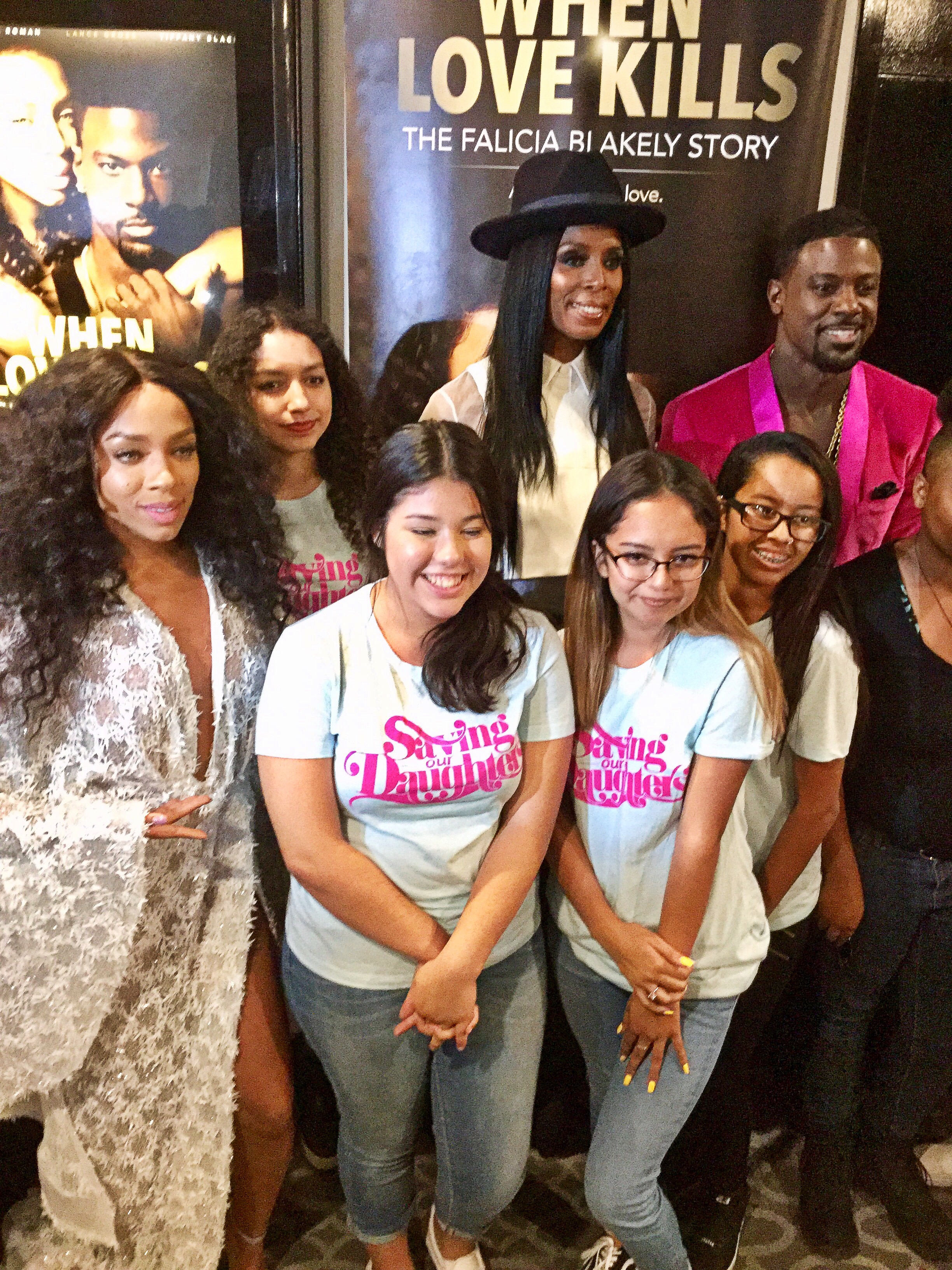 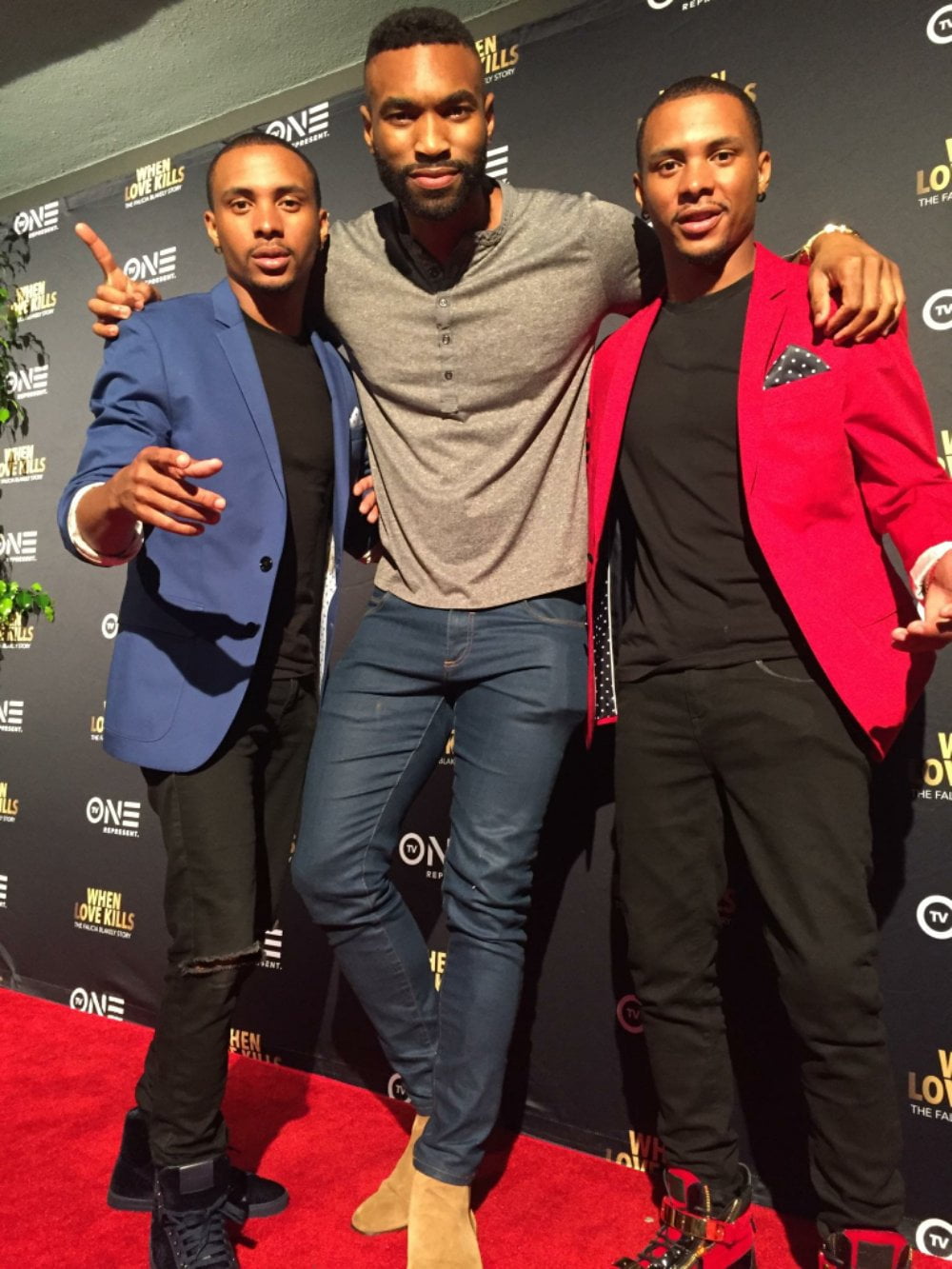 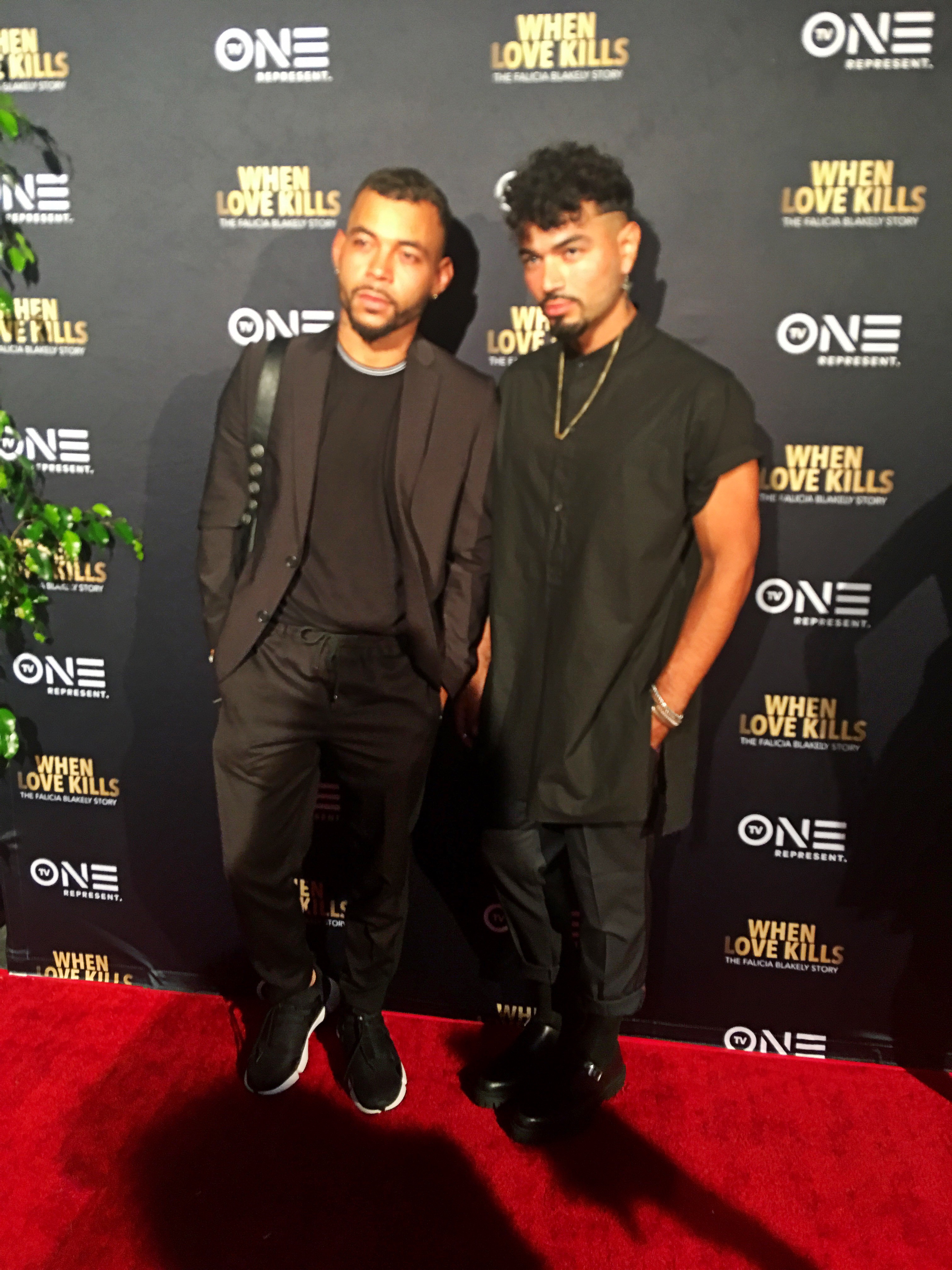