With the new Tasty Seasoning Blends by McCormick, you can now purchase and use the exact spices featured in your favorite Tasty videos.

In addition Tasty and McCormick are building upon their strong relationship, announcing McCormick as the official spice of Tasty. Together with the launch of Tasty Seasoning Blends by McCormick, the Tasty audience can purchase and use the exact spices featured in their favorite Tasty videos.

A range of five different varieties – from Fiery to Zesty – has you covered to flavor your favorite foods. The Tasty Seasoning Blend Kit features all five of these unique flavor combinations, which were created based on the Tasty audience’s favorite flavors and formats with expert culinary guidance. The flavors are:

“Foodies and cooks alike are always looking for more inspiration and convenience when it comes to seasoning their food in new and exciting ways,” said Tasty Creator and spice expert Kanchan Koya PhD. “With Tasty Seasoning Blends by McCormick, it’s easier than ever for chefs of all skill levels to bring to life the recipes they see in their feeds and enjoy a wide set of flavors.”

Southern hospitality extended to 1.5 million fans via a showcase of music, arts, culture, and food

Four fabulous Food Network Culinary Divas will join Celebrity Chef Ashley Clay to bring the richness of “Down South” to the forefront during the Southern Roots Festival in Atlanta, GA as a prelude to the Big Game. The Southern Roots festival will kick off on Monday, January 28, 2019, and run until Sunday, February 3, 2019.

In conjunction with Southern Roots Festival Creative Director and Executive Producer, Aisha Davis of DESHO Productions, and NORTH&KING Developers, “Southern Roots,” founded by celebrity chef, Ashley Clay, will be presented directly across the street from Mercedes-Benz Stadium, a first in Super Bowl history for a private festival. The seven-day experience will include family-friendly activations of culinary excitement, an outdoor pop-up mall, interactive gaming, a silent disco, live concerts from local and national talent and live demonstrations hosted across ten zones and two main stages.

○ Winning team to go on to Sunday cookoff playoffs

○ Winning team to go on to Sunday cookoff playoffs

“We are thrilled to have Food Network stars join us for the Southern Roots Festival! Their presence will elevate our event as the premier culinary tailgating experience in Atlanta. I can’t wait to interact and cook with the talented women who are welcomed into 100 million households across the nations.” – Chef Ashley Clay, CEO/Founder

Celebrity Chef Ashley Clay, an Atlanta native, is the founder of Chef Ashley, Inc, a catering empire, which includes Chef Ashley Enterprises and By The Pans. Chef Ashley was exposed to a style of cooking during her childhood and fused her unique Southern flair and traditional American influences to create flavorful masterpieces. Her dishes have delighted the likes of Atlanta royalty including Ludacris, Ciara, L.A. Reid, Floyd Mayweather, and Tyler Perry, all of whom helped catapult her into the political arena landing her private meetings in the Mayor’s office with senators and members of Congress. Most recently, Chef Ashley has become the go-to lifestyle and culinary curator for Atlanta’s Fortune 500 C-Suite executives. The serial entrepreneur is in the kitchen whipping up a recipe of success to produce her own line of seasonings, food products, and culinary expansion into restaurants and hotels. She’s also in talks with producers about creating a southern-centric food television show.

FOOD NETWORK is a unique lifestyle network, website, and magazine that connects viewers to the power and joy of food. The network strives to be viewers’ best friend in food and is committed to leading by teaching, inspiring, empowering and entertaining through its talent and expertise. Food Network is distributed to nearly 100 million U.S. households and draws over 46 million unique web users monthly. Since launching in 2009, Food Network Magazine’s rate base has grown 13 times and is the No. 2 best-selling monthly magazine on the newsstand, with 13.5 million readers. Food Network is owned by Discovery, Inc., a global leader in real life entertainment whose portfolio also includes Discovery Channel, HGTV, TLC, Investigation Discovery, and OWN: Oprah Winfrey Network.

As of late, Rock House Sliders Hollywood [RHSH] opened its doors to the American market and 360 Magazine had the grand opportunity to attend the soft opening. The restaurant is located at 7950 Sunset Boulevard in Hollywood. Parking is offered underneath the property until 9:00pm with validation.

RHSH originates from Kuwait, an Arab country on the Persian Gulf. Currently, the chain possesses ten locations within the Middle East. The company plans to expand to Santa Monica and Downtown Los Angeles. In the near future, they will privately deliver fresh hot food until 3:00am.

Upon entry, guests are embraced by friendly staff and instantly mesmorized by modern ambiance – open concept with floor-to-ceiling windows and white walls. The furniture is ergonomically trendy and transforms the venue from traditional dine-in to a pet friendly hotspot. The menu was formulated by a consultant chef serving Angus beef and grass-fed cow alongside of vegan options.

The ‘Messy Fries’ (reminscent of tangy nachos at one of your favorite cantinas) was the 360 team’s personal favorite – topped with relish, jalapeños, cheddar cheese, thousand island and beef bacon bits. All sides perfectly pair with their in-house made sauces. For dessert, cool off with some of their signature Black Ice Cream or one of their delicious all-natural milkshakes.

Interested in trying Rock House Sliders? Sign up here to get a one-time code for a free Sliders Meal. Present your code during the opening week (Friday, July 6th to Sunday, July 15th), to receive two sliders, a side and drink. 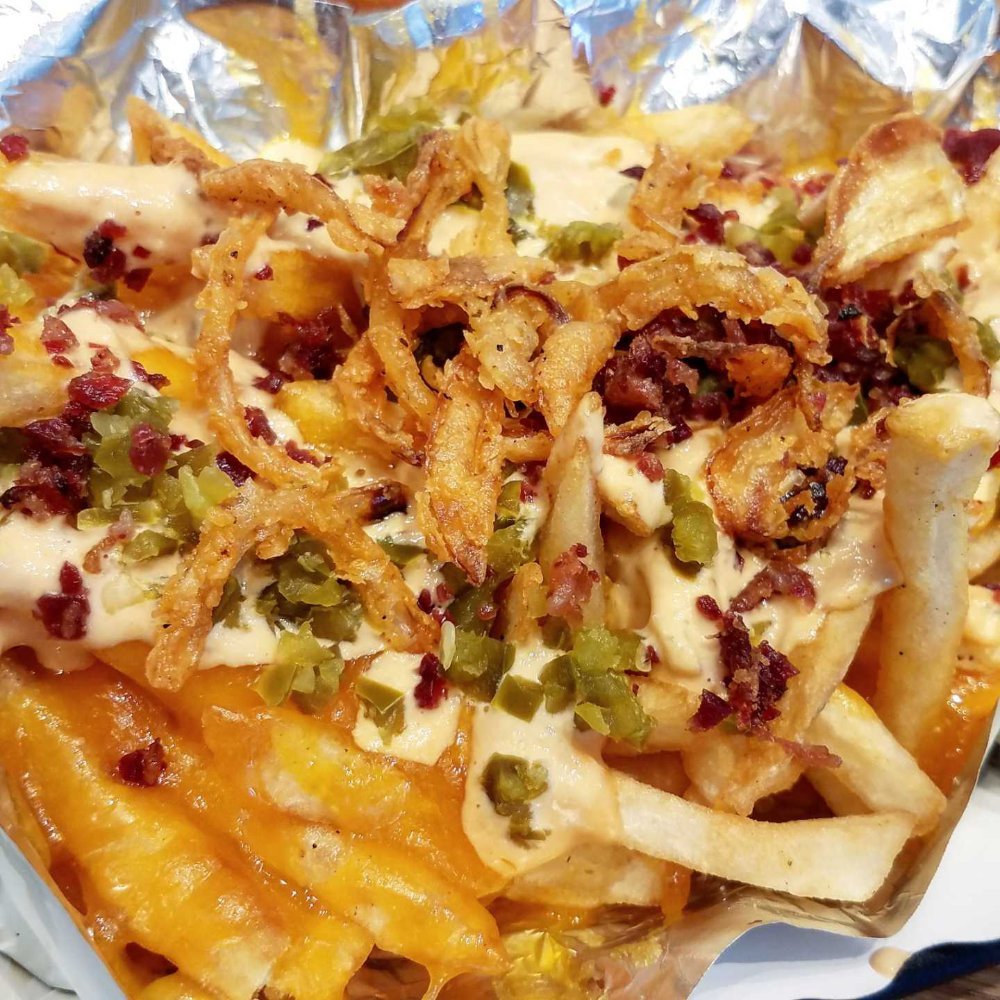 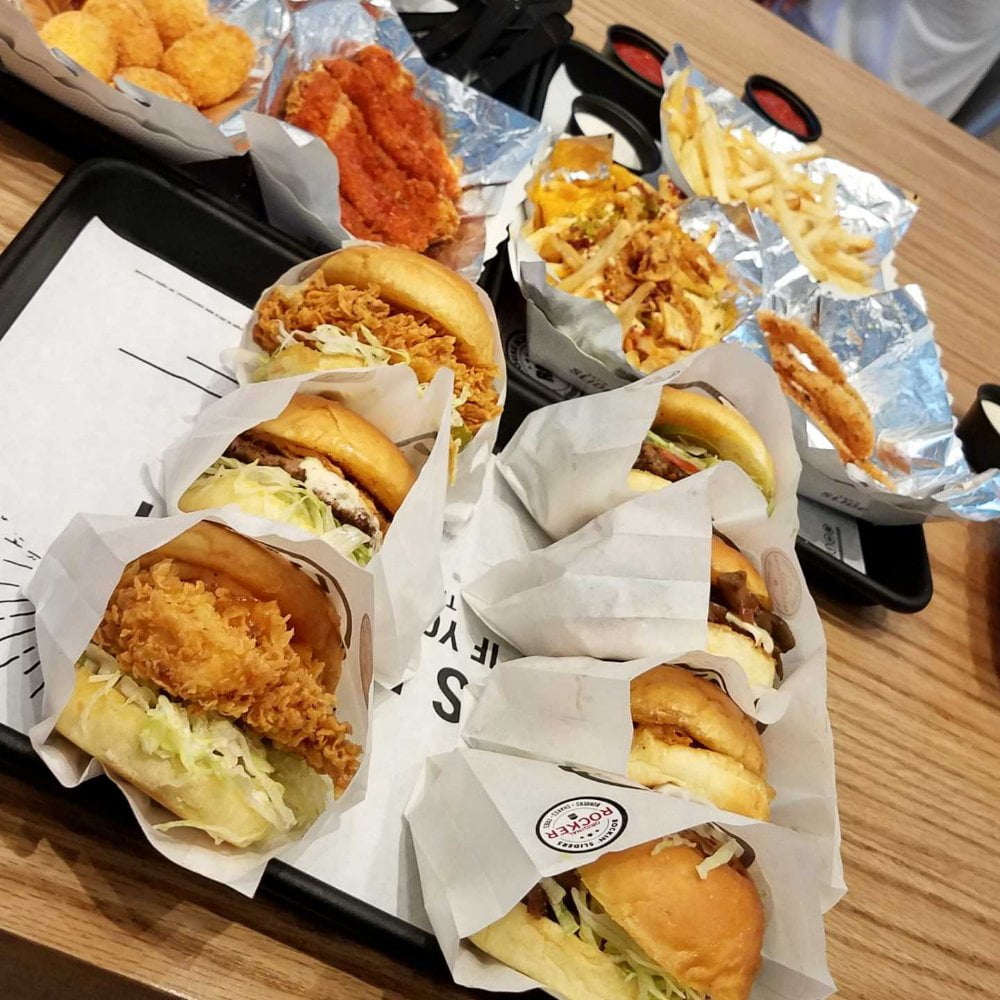 December, with all celebrations and meetings, is one of the times of the year when everyone boosts sugar levels, whether that’s from eating brownies, cookies, or muffins. Olives from Spain have decided that these baked goods are a delicious opportunity in which the Mediterranean touch can be incorporated and have created recipes to enjoy olives, even during desserts.

• The second recipe features olive oil as well as olives, a lighter alternative to butter.

Carrots, pumpkins and apples are just a few examples of foods that can be found in sweet or salty dishes. Now with these innovative recipes to try out over the festive period from Olives from Spain, olives can be included on the list.

Olives are one of the few fruits from a tree with the four basic flavors of sweet, salty, sour and bitter. They also come in a range of varieties, as queen, green, black or stuffed. When used in desserts, olives add this unique flavor and enrich them with the best of the Mediterranean diet.

Visit www.haveanoliveday.eu for more recipes to share… or not.

November 8th is Chicken Soup For The Soul Day. There’s no better way to celebrate than by making some amazing Chicken Soup. MaryAnn Jones and Deanna Durso of Wear Your Wellness and Thrive Naturallyhave got you covered.

Check out their organic recipe.

• salt and pepper to taste

• Place all ingredients into a 3.5 quart slow cooker

• Remove chicken, shred with a fork and add back in

Thompson Lakes and Mountains has just introduced a new tool, Secret Sweets From Europe. The interactive map showcases treats from 9 different getaway hotspots across Europe. The sugary guide is sure to satisfy the sweet tooth of any vacationer, whether it be a daring dessert sampler or a picky eater, Thompson Lakes and Mountains’ tool features something for everyone. The map tells travelers the best place to go to sample each sweet treat as well as provides the recipe just in case the cravings continue after the vacation ends. For those of us with allergies, it can be a bit difficult to be adventurous with what we put in our bellies. It becomes even more difficult when the baker or chef speaks an entirely different language. Secret Sweets From Europe offers a solution by listing the ingredients so we can taste the delicacies of the world without the risk of an allergic reaction. Each description on the Secret Sweets map. also includes a brief history of the dessert, so travelers can learn more about European cultures just by using their taste buds.

Some highlights from the map:

France – The C lafoutis is the baked fruit dessert from Limousin packed with black cherries, supposedly derived from the Occitan word ‘fill’. Fill up, indeed!

Italy – The nougat-like treat Mandorlato Torrone is local to a small commune named Cologna Veneta. The region in the Province of Verona even has its own annual nougat festival!

Austria – If you’re in Salzburg, be sure to sample the Nockerl, a dumpling-style dessert iconic to Austrian cuisine. The powdered sugar dusting is meant to signify the snow-covered mountain peaks.

Spain – The Torrija serves up what is essentially a variation of French toast, originating over 500 years ago and often made with alcohol.

Germany – The Berliner Pfannkuchen is the dessert responsible for JFK calling himself a doughnut which, while not strictly true, adds some humorous history to a tasty treat.

Check out all 27 Secret Sweets HERE.

Secret Sweets From Europe will make your next trip absolutely delicious.