This month, Gentle Monster introduces its expression of infinite possibilities and dreams through its first Kids Collection. Inspired by the dreams and ambitions of a new breed of creators, the Gentle Monster Kids Collection takes you on a journey envisioned by Luca Mastroianni and reenacted by 8-year-old Tokyo Instagram phenomenon Coco.

Experience each of the surreal worlds with unique personas through their lens. Gentle Monster downsized six of its iconic frames, from the futuristic Ribbon style to the fashion-forward, Chapssal.

Available at all Gentle Monster Flagship locations and at gentlemonster.com from this month. 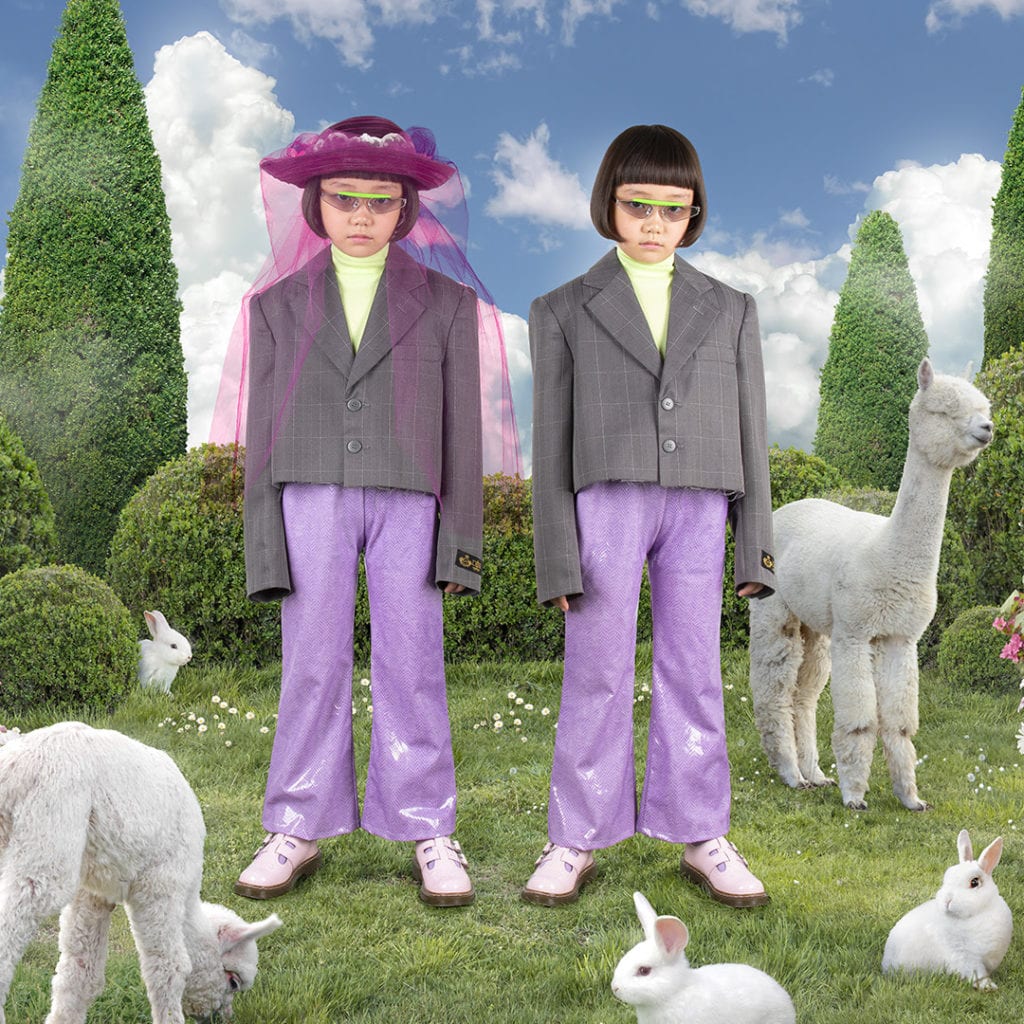 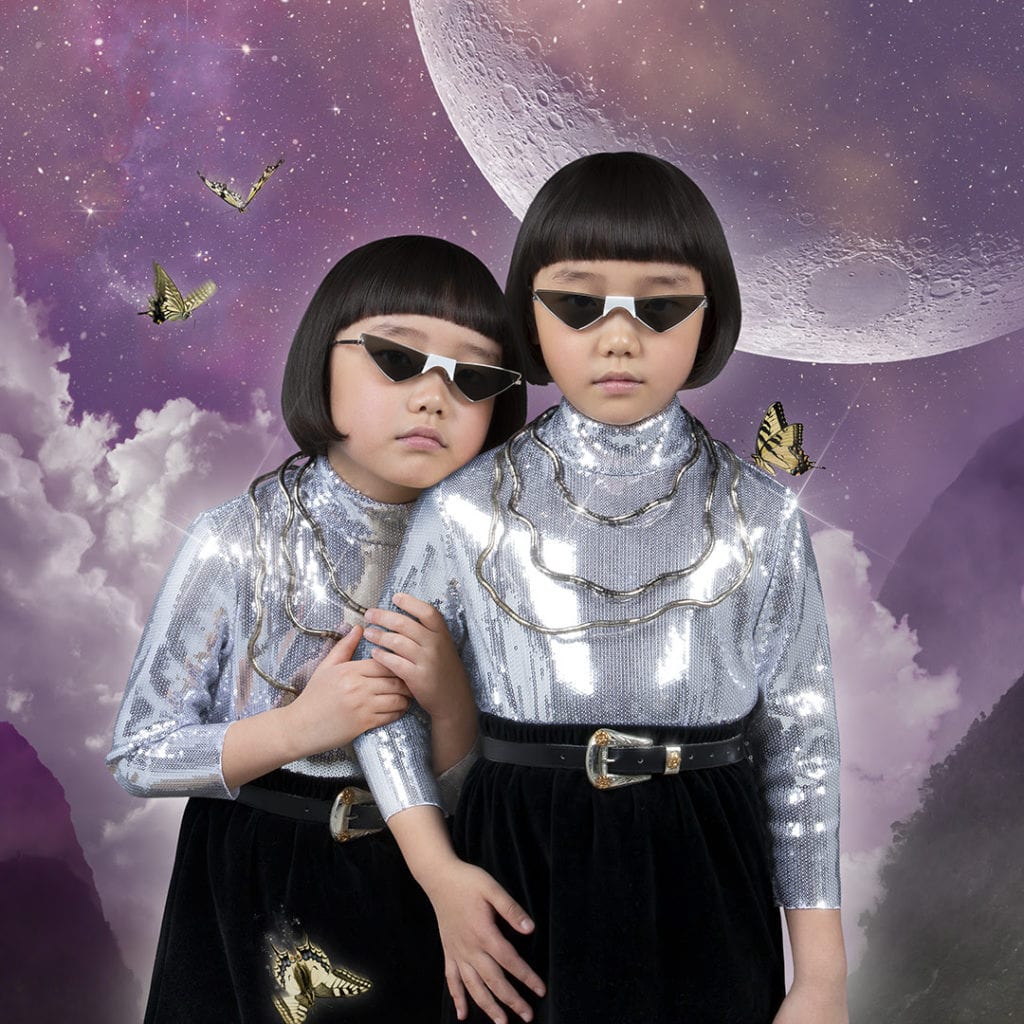 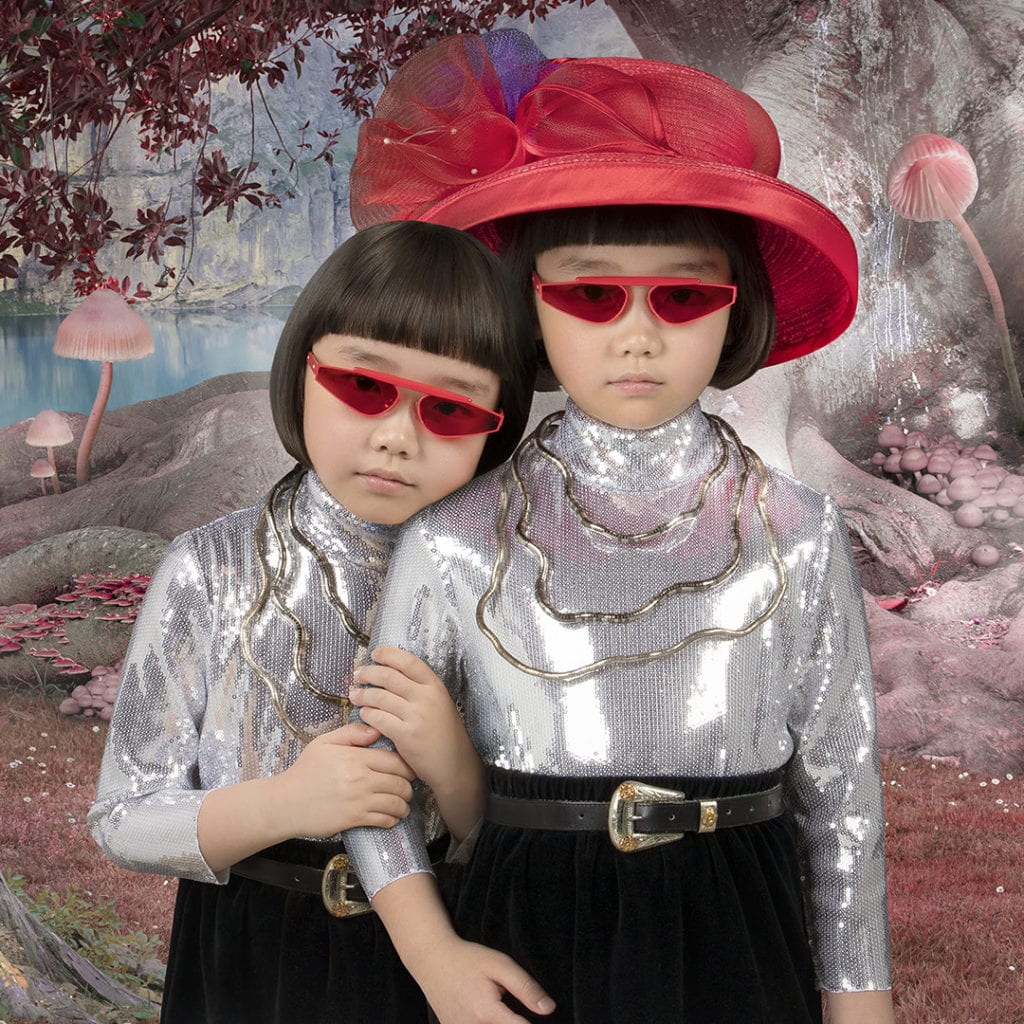 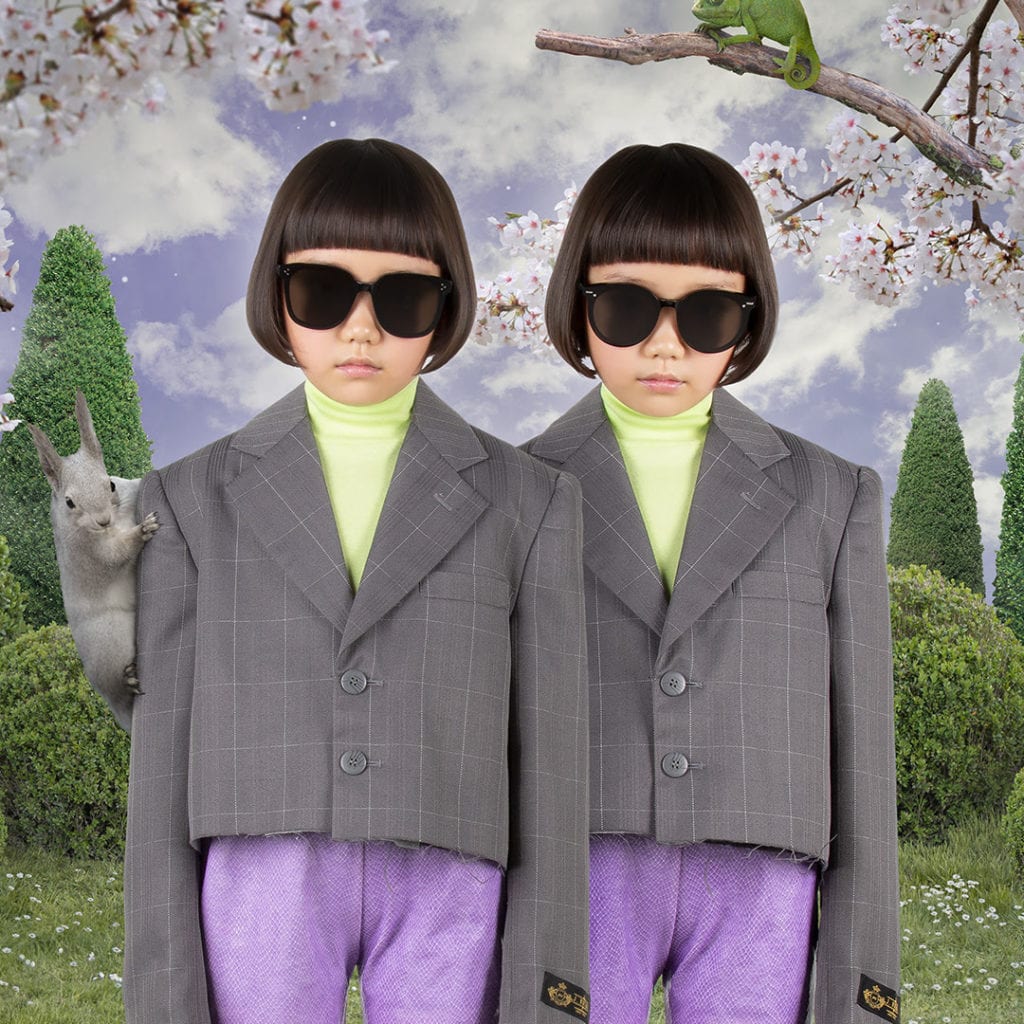 Based on a selection of 33 major exhibitions which have consistently pushed beyond the obvious popular appeal of fashion and emphasised its cultural significance, this book is an in-depth introspection into “the most fashionable museum in New York City”, ie. MFIT (the Museum of Fashion Institute of Technology).

Edited by Valerie Steele, one of the foremost fashion historians and curators, Exhibitionism highlights the most influential exhibitions held at MFIT including: Fashion and Surrealism in 1987 on the relationship between art and fashion; The Corset in 2000 which was an exploration of the most controversial garment in fashion history; A Queer History of Fashion: From the Closet to the Catwalk (2013); Fairy Tale Fashion in 2016, a study into the enchanted and emblematic objects as the glass slipper and the red riding hood; Black Fashion Designers (2017).

Each exhibition included in the book is illustrated using installation photos, images of individual garments, and texts that explain the exhibitions’ concepts, scope and influence as well as the objects it featured. Exhibitionism also includes essays about the importance of fashion education at MFIT, highlights the role of hands-on, object- based learning and the inclusivity of minority, or even marginalised, groups.

Furthermore, each author provides an engaging “behind the scenes” look at the process of exhibition making and MFIT’s historic commitment to Fashion.

MATRIX 181 at the Wadsworth Atheneum Features the paintings of

MATRIX, the Wadsworth Atheneum’s groundbreaking contemporary exhibition series, has set some new goals. Upcoming projects will embrace experimental art, performance art, and explore new developments in painting. In looking at contemporary painting the Wadsworth found a unique vision in the work of Emily Mae Smith. The exhibition marks the first MATRIX show since 2013 to feature an artist who is solely a painter. For her MATRIX project, Smith engages with a masterpiece from the Wadsworth’s permanent collection: William Holman Hunt’s The Lady of Shalott (c. 1888–1905). Emily Mae Smith / MATRIX 181 will be on view February 7 through May 5, 2019.

Smith was chosen by Artsy as 1 of 20 female artists pushing figurative painting forward. With a nod to distinct painting movements from the history of art, such as Symbolism, Surrealism, and Pop art, Smith creates lively compositions that offer sly social and political commentary. Teeming with symbols, Hunt’s The Lady of Shalott (below) is the catalyst for this project, in which Smith provides a feminist reimagining of the narrative. For MATRIX 181, her first solo museum exhibition in the United States, Smith has selected seven paintings, dated 2015 to 2018, that relate to The Lady of Shalott, and created three new paintings, dated 2019, directly inspired by Hunt’s masterwork. 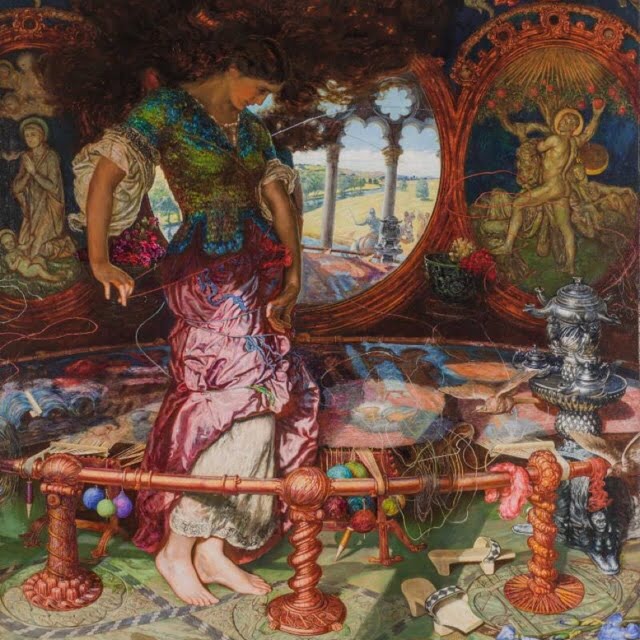 In The Lady of Shalott Smith finds a familiar image, she’s had a postcard of the painting since she was a teenager. It became the perfect source to address the outdated psychology of female oppression, male authority, and implied violence, still pertinent today.

There is an uncanny affinity between the coded iconography of Smith and Hunt. According to Patricia Hickson, the Wadsworth’s Emily Hall Tremaine Curator of Contemporary Art, “Emily Mae Smith offers a raucous and empowering retelling of The Lady of Shalott, leading with her eccentric broomstick avatar along with her usual toolbox of gendered symbols. She employs a refreshing, satirical approach to social commentary.”

Smith’s lexicon of signs and symbols begins with her avatar, inspired by the broomstick figure from Disney’s Fantasia (1940). Simultaneously referring to a painter’s brush, a domestic tool associated with women’s work, and the phallus, the figure continually transforms across Smith’s body of work. “The first broom I put in a painting was…a way for me to paint an object, figure, female, and phallus all at the same time. I thought it was funny and an ideal vehicle,” said Smith. “The ideas for my broom figure have changed and expanded since then; it has been molded to my painting needs. You can say more difficult things with a character.” Smith’s depiction of the female body is all visual wit and dark humor. By adopting a variety of guises, the broom and other symbols speak to contemporary subjects, including gender, sexuality, capitalism, and violence.

Join a dialogue that explores artistic responses to gender, sexuality, capitalism, and violence in the work of MATRIX artist Emily Mae Smith alongside the powerful, contemporary #metoo movement, which brings to light sexual harassment and sexual assault. Free, but RSVP to faculty@wadsworthatheneum.org to reserve a seat and lunch.

Inaugurated in 1975, MATRIX is the Wadsworth’s groundbreaking contemporary art exhibition series featuring works by artists from around the world. From its inception, MATRIX has been a forum for art that is challenging, current, and sometimes controversial. Through clear explanation and thoughtful engagement with the viewer, MATRIX exhibitions call into question preconceptions about art and increase understanding of its possibilities. Many MATRIX artists, such as Christo, Sol LeWitt, Gerhard Richter, Cindy Sherman, Andy Warhol, and Carrie Mae Weems are now considered seminal figures in contemporary art. 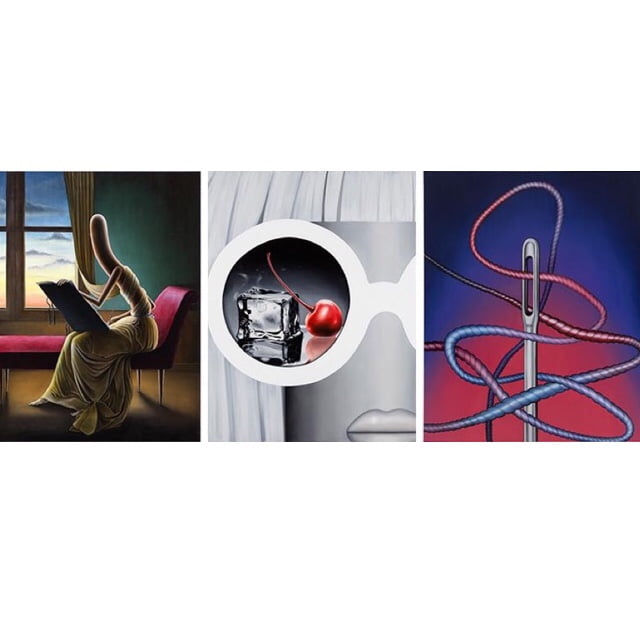