Giuliana Rancic and Vivica A. Fox To Headline The Network’s Extensive Multi-Platform Coverage

As the stars virtually come together for television’s biggest night, Giuliana Rancic and Vivica A. Fox will headline E!’s “Live From The Red Carpet: The 2020 Emmy Awards” to bring fans fun and authentic interviews and the most spontaneous moments with primetime TV’s biggest stars and nominees alongside “E!” Style Correspondent Brad Goreski, pop culture expert, Naz Perez and E! News’ “The Rundown” host, Erin Lim. E! will provide viewers with the most extensive multi-platform coverage on-air, on digital and across mobile and social live from the Universal Lot in Universal City, California on Sunday, September 20th as coverage begins at 4:30pm ET/1:30pm PT with “E! Countdown to the Red Carpet: The 2020 Emmy Awards.”

As soon as the ceremony wraps, “Nightly Pop” co-hosts Morgan Stewart, Nina Parker and Hunter March break down the major moments of the night including the surprise wins and snubs, and the most buzzworthy speeches and performances during the “E! After Party: The 2020 Emmy Awards.”  Then on Monday, September 21st, “Daily Pop,” and “Nightly Pop” will recap the most memorable moments of the night, talk to the big winners and give fans a look inside the Emmys beginning at 9:30pm ET / 12:30pm PT.

As part of E!’s day-of coverage, the network will celebrate a round-up of fan submissions from E!’s #GlambotChallenge TikTok stunt both on E! Entertainment handles and during the Countdown show.

“E! News” fan-favorite Instagram Stories will feature a day-long takeover featuring various E! talent and celebrities, along with a special edition of Emmys coverage on Monday, September 21st, delivering E!’s fresh, comedic and quick-pace take on the biggest moments of the night. The fun continues Monday, September 21st as “E! News” livestreams “Post Pop,” featuring Lilliana Vazquez and Scott Tweedie. They’ll recap the biggest Emmys moments, including what viewers didn’t see on TV on the @enewsTwitter, eonline.com and the “E! News” app starting at 10:00am ET/7:00am PT. “E! News’” popular Snapchat series, “The Rundown,” hosted by Erin Lim, will also include special Emmys coverage on Monday, September 21st. Fans can follow every moment as the event unfolds and get exclusive behind-the-scenes content on “E! News” digital at eonline.com, and @enewsacross social platforms (Instagram, Twitter, and Facebook). Style fans can also follow along @stylecollective on Instagram for a fashion-first approach to the night.

All the action, effortless style, fashion forward glam and celebrity encounters fans crave is brought to E!’s “Live From The Red Carpet: The 2020 Emmy Awards” by an unmatched partnership lineup with Ketel One Vodka, Lay’s, LG Electronics, Natural DiamondCouncil, and TRESemmé onboard.

E!’s “Live From The Red Carpet” is produced by Den of Thieves. Executive Producers are Jesse Ignjatovic, Evan Prager and Barb Bialkowski and Amanda McPhillips.

“Emmys: E!’s Inside Guide” spotlighting the biggest names giving a special look inside this year’s Emmys and nominees.

E! is the only global, multi-platform brand for all things pop culture. The network is currently available to 91 million cable and satellite subscribers in the U.S and 161 countries globally. E! programming includes popular series “Keeping Up with the Kardashians,” “Total Bellas,” “Botched,” “E! True Hollywood Story,” and topical series “The Soup.” “E! News” is the leading multi-platform publisher delivering breaking entertainment news and pop culture coverage 24/7 across EOnline.com and all digital and social media. The brand’s programming slate includes “Daily Pop,” “Nightly Pop” and digital shows: “E! News’ The Rundown” and “BingE! Club” on Snapchat, and “Close Up by E! News” on Quibi. E!’s “Live from the Red Carpet” signature events keep fans connected to their favorite stars on pop culture’s biggest nights and the “E! People’s Choice Awards” celebrates the best in pop culture and is the only award show for the people, by the people. E! is a network of the NBCUniversal Entertainment & Lifestyle Group, a division of NBCUniversal, one of the world’s leading media and entertainment companies in the development, production, and marketing of entertainment, news and information to a global audience. For more corporate information, visit www.nbcuniversal.com.

About Den of Thieves

Den of Thieves (DoT) is a television live event, scripted and non-scripted production company founded in 2007 by Jesse Ignjatovic and Evan Prager. Since its inception, DoT has become one of the most highly regarded and sought-after production companies in the industry. DoT is the production company responsible for producing the MTV Video Music Awards for the past 13 consecutive years, while also holding Executive Producer credits for Netflix’s “Taylor Swift: Reputation Stadium Tour” concert special, E! Network’s People’s Choice Awards and “Live from the Red Carpet” awards seasons specials, Quibi’s “The Rachel Hollis Show,” MTV’s virtual “Promathon” event, YouTube Originals #MoveWithMe global dance event, the MTV Movie Awards, the iHeartRadio Music Awards for Turner Broadcasting, ABC’s “The Gong Show” and Ken Jeong’s Netflix comedy special “You Complete Me, Ho,” to name a few. Aside from spearheading some of the world’s leading premier event shows and specials, DoT is the name behind the production of comedy specials and documentaries for Netflix, Comedy Central, and Apple among others. Beyond that, DoT also produced the multi-network broadcast of Hand in Hand: A Benefit for Hurricane Relief in September 2017, in addition to the digital stream of the historic March for Our Lives rally in March 2018.

Check out photos from the event HERE!

Ahead of the 71st annual Cannes Film Festival, Jim Chapman, Writer and Content Creator, celebrates the upcoming A-list event with exclusive insight into the most memorable moments from previous years, and what to expect from this year’s festival.

Jim gives us the lowdown on Cannes, one of the most prestigious film festivals in the world.  He recalls back in 2011, when Kanye West performed an exclusive after party set and invited Academy Award winner Jamie Foxx onstage for an impromptu performance of his hit single, ‘Gold Digger’.

Jim also recounts his untold insight from the 2015 festival when Benicio Del Toro, Josh Brolin and director Denis Villeneuve all wore high heels to the premiere of Sicario, as a demonstration against an antiquated dress code requiring women to wear heels to all evening gala premieres. Famously,  Julia Roberts appeared barefoot on the red carpet as an act of fashion rebellion against the same rule too.

As Cannes is one of the most anticipated red carpet events of the awards calendar,  Jim is expecting to see Hollywood star, Cate Blanchett pull out all the stops, as this year,  as she has been named President of the Jury, alongside other actresses including Kristen Stewart and Léa Seydoux to name but a few.

Jim also discusses the stir caused by organizers who have banned Netflix productions being considered for the Palme D’Or and Netflix’s decision to withdraw their title from the festival.

Don’t: One more night out with international cartoonists at Books Kinokuniya, TONIGHT!

Featuring ZEP (A Story of Men and Titeuf)

with The French Comics Association

and El Torres (Ghost of Gaudi), with the support of Europe Comics
Monday / October 9th
Stumble in Monday after NYCC for a reunion of international artists in for the con, in the cordial and amazing Books Kinokuniya, hosted by Terence Irvins. 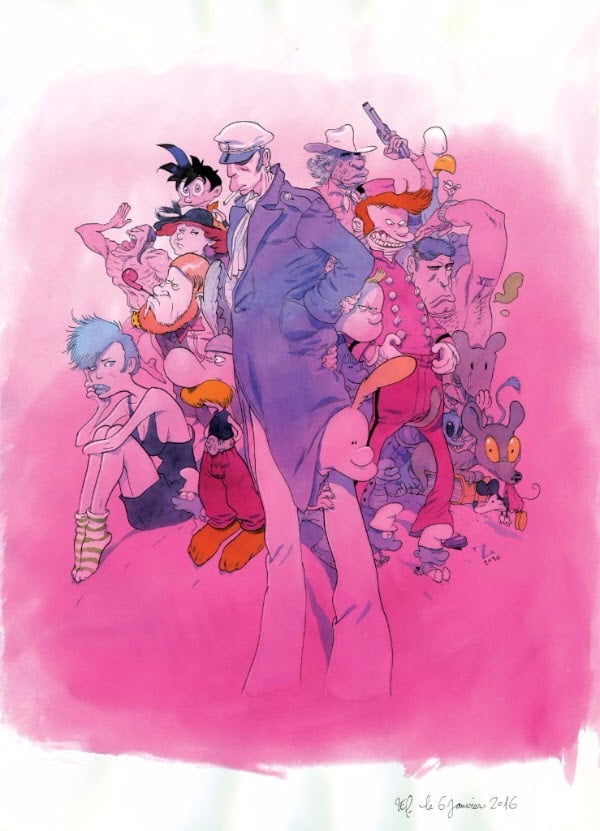 ABOUT THE FRENCH COMICS ASSOCIATION
The French Comics Association brings together many of the major publishers of French comics, including Casterman, Dargaud, Delcourt, Dupuis, Futuropolis, Gallimard BD, Glénat, Le Lombard, Rue de Sèvres, and Soleil. As part of its mission to promote Franco-Belgian comics in the United States and worldwide, the association aims to promote comics translated into English, to support the U.S. publishing industry, and to stimulate cultural exchanges on the basis of literature and visual narratives.
The target audience of the Association’s programming is Americans interested in reading, art, comics and French culture. The association aims to reach a wide audience beyond comics fans and in this framework, partnerships will be developed with various venues to spread the word throughout the USA.
The French Comics Association works in partnership with the Centre National du Livre, the Bureau International de l’Édition, the Syndicat National de l’Édition and the Cultural Services of the French Embassy in the U.S.
http://frenchcomicsassociation.com/

ABOUT THE CULTURAL SERVICES OF THE FRENCH EMBASSY

The Cultural Services of the French Embassy provides a platform for exchange and innovation between French and American artists, intellectuals, educators, students, the tech community, and the general public. Based in New York City, Washington D.C., and eight other US cities including Chicago, the Cultural Services develops the cultural economy by focusing on six principal fields of action: visual and performing arts, literature, cinema, the digital sphere, French language and higher education.
www.frenchculture.org 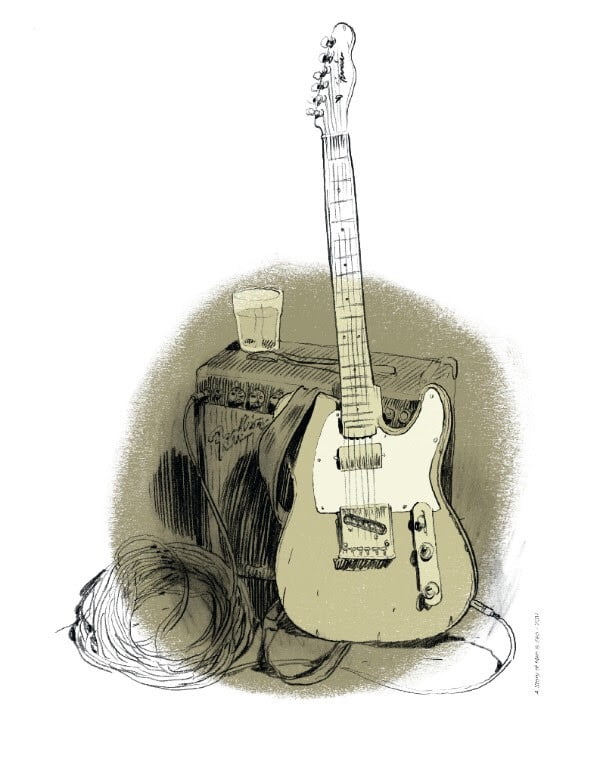 From A Story of Men — out NOVEMBER from IDW, early release TONIGHT!

WITH THE SUPPORT OF: 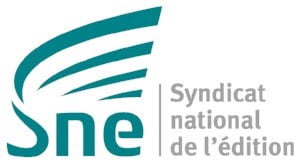 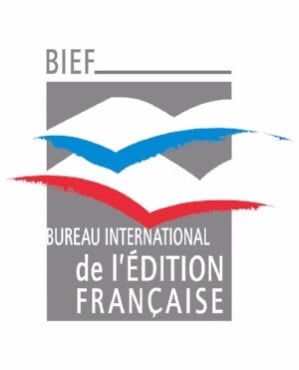 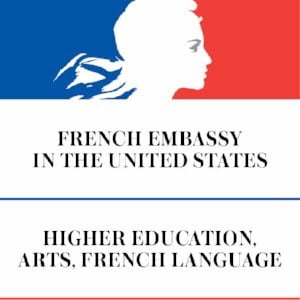 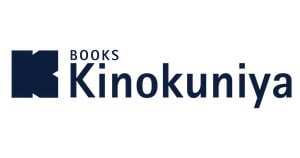 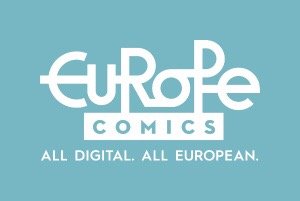 Stephen Colbert celebrates with The Hilhaven Lodge whiskey at his Emmys after party following a successful night of hosting on September 17, 2017 in Los Angeles, California.
(Photo by Michael Kovac/Getty Images for Hilhaven Lodge Whiskey)

Following an immensely successful Opening Night at Planet Fashion Swim Weekend at SLS South Beach – with stunning presentations by Roberto Cavalli Swimwear, Nash Beach, and Revel Rey, Planet Fashion presents “The Main Event” on the second night of the weekend’s cutting-edge fashion phenomenon. This evening’s sizzling showcase featuring next season’s sexiest swimwear will include shows by today’s iconic designers and some of the nation’s most buzzworthy bikini brands, including  DSquared2, Karma Bikinis, and OMG Miami Swimwear. Presentations by some of today’s globally renowned fashion houses and popular local designers from Miami, will show their latest creations adorning some of today’s top runway and swimwear models.

On Friday and Saturday of Planet Fashion Swim Weekend (July 21st and 22nd) “Swim Pop” presents an exclusive Pop-up shop and gifting suite for invited attendees to browse, featuring an Evian Water Bar, La Croix Beauty and Nail Bar, as well as apparel from designers Karma Bikinis, Masahua and Logophile The Label among many others. Swim Pop will be open from 11am—6pm, July 21 and 22.

Following each nightly series of fashion shows will be the Planet Fashion After-party at Hyde Beach, the property’s luxe indoor-outdoor hotel lounge, serving a selection of handcrafted signature cocktails.

Check-in is through the front of the hotel at the bottom of the stairs towards the pool (beyond Katsuya).