With the reboot of Marvel’s Blade expected to arrive to theaters in 2022, many fans of the original 1998 superhero movie speculate whether Wesley Snipes will reprise his role in the film. Snipes played the role of the eponymous half-vampire/half-human hybrid, Blade, who has the duties of a superhero and a vampire hunter. He played Blade throughout all three of the Blade franchise movies, yet, he is not expected to be cast in this iconic role again for the new reboot. Instead, Oscar-winning Mahershala Ali will be playing the role of this flawed hero. Keep in touch with what Ali is up to HERE.

Fans of the original Blade trilogy were uncertain about how to feel about the new casting, but Welsey Snipes has since told his fans to “chillaaxx.” Although he has told his fans to calm down, it has not stopped him from being adamant about how he is, and always will be, Blade. On January 7th he quote tweeted a message to him asking, “Wes, can you be Blade again?” and in response stated, “I AM BLADE…forever.” After spending so much time as Blade, there is no doubt that Wesley Snipes has a deep connection with this role and that it will always be a part of him.

The details of Blade are still being kept from the masses, and the only confirmed detail known, right now, is Ali’s attachment to the project. Back in 2019 Snipes made a comment about his opinion of Ali’s casting for the role of Blade:

“People are very, very sneaky. They try to make it about the actors,” Snipes told AP. “It’s not about me and him. I’m happy for him to be considered. I’m happy for them looking at him. Flattery… what do they say? Imitation is the best form of flattery. It’s something that he has acknowledged that he wanted to do and his family wanted him to do it, so I’m appreciative of him getting the love that I’ve created something that others want to carry on and make their own stamp on.”

Wesley Snipes response was not only calm and collected, but extremely supportive as well. More support can be noted in a more recent interview with Den of Geek (read more about it HERE), and we can see where the two stand in regards to each other and if they have kept in contact since the announcement of Ali’s new role as Blade. So, the suspicions people have about Snipes being upset with Ali can be erased once and for all.

“No, he hasn’t called me. We haven’t talked about characterizations or how he should play it or anything like that. I can’t imagine that call ever coming in. That would be really strange. But we did communicate about how much we appreciate each other’s work, and how I’m comfortable with saying, ‘Hey man, go rock it, baby. If you got it, do it.”

Though, Wesley Snipes will not be playing his iconic role as Blade, he will always carry the attachment and fond memories of his time with this character. In addition, his part has inspired many people, Mahershala Ali included (you can hear his thoughts on Wesley Snipes HERE), and will remain the marker and epitome of, Blade.

There are many ways to keep up with the actor through his other endeavors. He recently played General Izzie in Coming 2 America, starring Eddie Murphy. The comedy/rom-com will be available to watch on Amazon Prime March 5, 2021. Watch the trailer HERE. Additionally, outside the realm of acting, Snipes has now coauthored a dark fantasy novel with Ray Norman, Talon of God. So, for all fans of Wesley Snipes, you can continue to keep up with the actor, film producer, martial artist and author through the multitude of content he continues to produce.

KEEP UP WITH WESLEY SNIPES

Co-hostedby dynamic duo Stretch Armstrong and Bobbito Garcia, the blockbuster NPR podcast What’s Good With Stretch & Bobbito launches its highly anticipated second season on August 15, 2018.
Catch up on previous episodes and subscribe to the show ahead of the new season on npr.org.
Last year, the podcast emerged as a fan favorite, featuring free-wheeling and candid conversations with some of the most interesting people throughout the worlds of music, film, television, comedy, culture, media, and beyond. Among season one’s 17 interviews, guests ranged from legendary comic Dave Chappelle, Academy Award-winning actor Mahershala Ali [Moonlight, Luke Cage], and Stevie Wonder to Run The Jewels, Bootsy Collins, Chance the Rapper, Linda Sarsour, and many more. Along the way, it landed looks from Hypebeast, Billboard, and Okayplayer, to name a few. 2018 promises yet another slate of high-profile subjects to be announced very soon. Don’t miss What’s Good With Stretch & Bobbito on NPR!
Follow Stretch & Bobbito:
Stretch:
Twitter | Facebook | Instagram
Bobbito:
Twitter | Facebook | Instagram
Actress, Activist and Grammy Nominated Singer, Songwriter Antonique Smith is one of the new stars in season 2 of Marvel’s Luke Cage on Netflix. Smith has an eight episode arc in the hit series playing Detective Nandi Tyler. Is Nandi, a rival of Misty Knight, a friend or foe of Luke Cage? The highly anticipated return of the show premiered worldwide to rave reviews on June 22nd.
The action drama stars Mike Colter as Luke Cage, a Harlem-based superhero with super strength and bulletproof skin. The cast also includes Alfre Woodard, Simone Missick,Theo Rossi, Mahershala Ali, Gabrielle Dennis, Mustafa Shakir and Rosario Dawson.
Luke Cage is created and executive produced by Cheo Hodari Coker and co-executive produced by Aida Croal, Jeph Loeb and Jim Chory.
On Sunday night, Netflix launched the Strong Black Lead campaign. The campaign features Antonique amongst other black actors, writers, show runners, and producers on Netflix and in Hollywood. The plan for the spot, which debuted during the BET Awards, and the “A Great Day In Hollywood” campaign image stemmed from Netflix’s Strong Black Lead initiative designed to foster an “ongoing, intentional focus to talk authentically with the black audience.”
Variety released an article detailing the inspiring campaign and listing all those involved. Watch the video and read the article here
Variety.com – A Great Day In Hollywood Article
ABOUT ANTONIQUE SMITH:
Antonique Smith is a singer, songwriter, actress, and social justice activist, primarily known for her starring role
in the blockbuster film, “Notorious“, and her leading role in the Broadway musical, “RENT“. In 2015, she was nominated for a Grammy Award in the Best Traditional R&B Performance category and later that year released her buzzworthy EP “Love Is Everything”.
Antonique has been seen in numerous film and television roles including the Queen Latifah executive produced, 2017 Netflix film, “Deuces” and she had a recurring role in the hit FOX drama-series, “Shots Fired“, Executive Produced by Gina Prince-Bythewood and Empire’s executive producer, Brian Grazer.
Antonique brought in the year 2018 with her stirring rendition of “Here Comes The Sun” live in Times Square on Steve Harvey’s New Year’s Eve on FOX program.
Having been on a 20 city “Act On Climate” tour with the Hip Hop Caucus and also singing for the Pope’s climate rally for over 100,000 people on the National Mall in D.C., Antonique is a serious advocate for climate justice and human rights.
For more information, please visit www.antonique.com
CONNECT WITH ANTONIQUE
http://Instagram.com/AntoniqueSmith
http://Twitter.com/AntoniqueSmith

“Love Is Everything” EP
On iTunes:
http://itunes.apple.com/us/album/love-is-everything-ep/1055026234
On Spotify:
http://open.spotify.com/album/02PufnhDppaOdwhlsmdCwF?si=tkU5MYwAToy4uvot4VSlZA 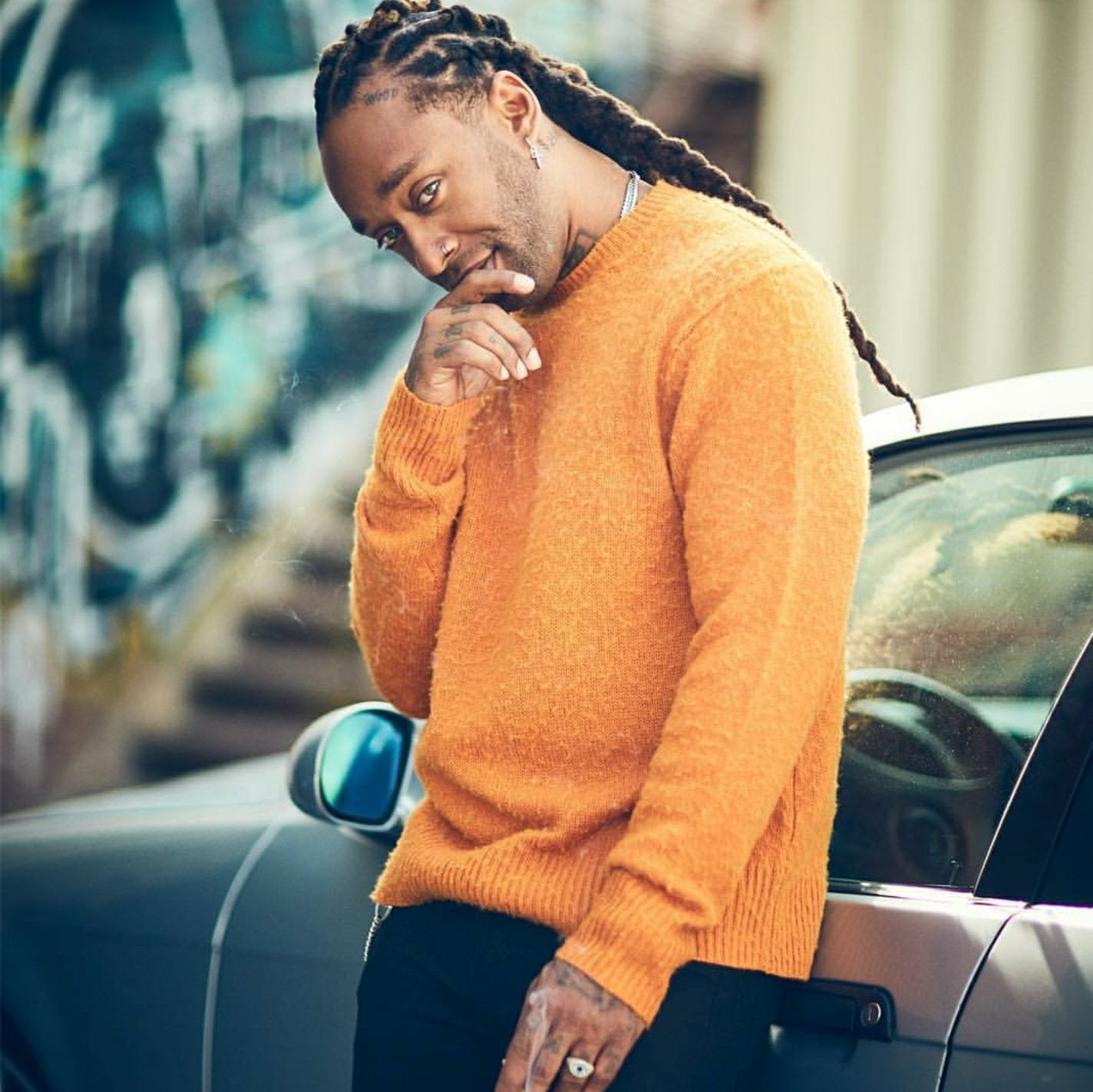 Singer and songwriter Ty Dolla $ign to be featured, among other artists such as K-Michelle, Logic and more this Friday on Complex x Fuse! See a full description of the episode below.