The general public has the opportunity to vote, June 18-30, on 100 large-scale community artworks from around the world, nominated for a People’s Choice CODAaward. Hundreds of commissioned art projects were submitted for the CODAawards, which are given annually to the remarkable works that successfully integrate art into interior, architectural, and public spaces. The two projects that collect the most online votes will receive a coveted People’s Choice CODAaward and be announced, alongside all of this year’s CODAaward winners (one in each of ten categories), in the August issue of Interior Design magazine.

Voters are encouraged to rally behind the work they like in the CODAawards categories of Landscape, Residential, Healthcare, Commercial, Institutional, Liturgical, Public Spaces, Transportation, Hospitality, and Education.

This year the 374 CODAawards entries represent $477 million in commission fees, and projects from 30 countries. The diversity of artwork includes “Please Be Seated,” a public art installation touring across Chinese Mainland; “Sea Change,” an interactive light-based artwork that activates the pedestrian experience within a bus exchange transit tunnel in North Vancouver, Canada; and “Eon,” a 30 x 9-foot digital installation commissioned for Welch Hall, the largest academic facility at The University of Texas.

Cindy Allen (EIC, Interior Design), Malene Barnett (Founder, Black Artists + Designers Guild), and Frances Bronet (President, Pratt Institute in New York City), are among the eighteen jurors, all leaders in the design and art worlds, who have spent weeks reviewing and scoring all entries. These jurors will agree on one winner in each category to create the 2021 CODAawards winners circle (plus the two People’s Choice CODAawardees that the general public will select).

“When artists, designers, industry resources, and clients work together, places are transformed into spectacular spaces. CODAworx is the hub of the commissioned art economy. Our CODAawards is a way to celebrate these works. The 12-day People’s Choice voting sprint (June 18 – 30) becomes quite heated and the heavy traffic occasionally brings the website down! It is an exciting race to the finish line – the art world’s equivalent of the Tour de France!” states avid biker and CODAworx CEO Toni Sikes.

CODAworx, the hub of the commissioned art economy, is the place where architects, real estate developers, and public art agencies creative go to discover and hire talent for large-scale commission projects. They accomplish this by searching the vast treasure trove of over 8,000 projects that CODAworx members have published on the website. It is here that one can find and connect with artists who create amazing sculptures and wall work, as well as atrium and kinetic artwork, light and digital media, and structural designs such as bridges and buildings. The CODAawards are the industry’s prestigious awards program that celebrates the projects that most successfully integrate commissioned art into interior, architectural, or public spaces. CODAworx produces this nine-year-old recognition program, along with their National Media Partner Interior Design magazine, to honor the designers, architects and artists whose collective imaginations create the public and private spaces that inspire us every day.

Reflecting Within Us (Los Angeles)

Getting There (Los Angeles)

Rottet’s ongoing commitment to her profession is female-forward

A WBE-certified business, Rottet Studio occupies a unique place in the industry – over 60% of their full-time staff are female. Rottet is also the first woman in history to be elevated to Fellow status, the highest membership honor, by both the American Institute of Architects (AIA) and International Interior Design Association (IIDA).  In the past two decades, Rottet has broken new ground with award-winning furniture, office, workplace, and hospitality design.  Her firm’s output totals more than 65 million sq. ft. of built design.

“I was raised by a father who told me that there wouldn’t be a difference between men and women in my generation, and I needed a career so that I wouldn’t need to rely on anybody else.” This is how Rottet described her decision to study architecture, after forgoing a career in medicine. “Fewer than 10 percent of women graduated in my class, but I didn’t really think consciously about being a woman in architecture. I never really thought about it as a male field,” she adds.

“I think probably the best career advice I ever received, was just to listen. You want to immediately come up with a solution or an idea, and instantly respond, but I think if you sit back and listen to the parameters,
to what the client wants, what the surroundings tell you about a project, I think that’s probably the most helpful professional advice one can give.”

“They always say, ‘Hire your replacement, because then you can do bigger and better things,’” she says about the hiring and mentoring process. “The key to being a good mentor is recognizing when you can’t do it all by yourself, and that you have to teach someone else how to do it. The education of our staff, and of our clients is absolutely key.”

Inspired by the light of the sun, and scientific research which proves that a new specific light can safely clean up to 99.9% of the coronavirus, Studio Roosegaarde launches the world’s first Urban Sun.

Daan Roosegaarde and his team of designers, external experts, and scientists challenged themselves to discover how the power of light can be used to combat viruses and therefore, enhance our well-being. Research shows that though traditional 254nm UV light is harmful, the new far-UVC light with a wavelength of 222 nanometers can actually sanitize viruses safely.

Urban Sun, a project in development by Studio Roosegaarde, shines a large circle of this far-UVC light into public spaces, cleaning those spaces of the coronavirus. It acts as an additional layer of protection to current government rules. Urban Sun aims to inspire hope. It combats the negative impact of social isolation by aiming to improve cultural gatherings, sporting events, public squares, and schoolyards.

Urban Sun debuts at Studio Roosegaarde, with the potential for future exhibits. The project is supported by the Dutch Council of the Public Health & Society Board. Urban Sun is created by Roosegaarde’s team, together with external experts and scientists from the Netherlands, the US, Japan, and Italy. The Urban Sun’s far-UVC light source is measured and calibrated by the Dutch National Metrology Institute VSL. Urban Sun meets the International Commission on Non-Ionizing Radiation Protection (ICNIRP) safety standards.

Professor Karl Linden, award winning innovator in UV technologies and founding board member of the International Ultraviolet Association: “Urban Sun is inspiring. It will make enjoying public spaces safer and I look forward to visiting locations where this far-UVC sun is shining.”

Designer Daan Roosegaarde: “Suddenly our world is filled with plastic barriers, our family reduced to pixels on a computer screen. Let’s be architects of our new normal and create better places to meet.”

The science behind Urban Sun is based on multiple peer-reviewed articles authored by scientists from Columbia University and Hiroshima University. Research shows that 222nm far-UVC light can reduce the presence of viruses, including various strains of coronavirus and influenza, up to 99.9%.

As one of the City’s Most Iconic Cathedrals Transforms Into a Garden of Earthly Delights! 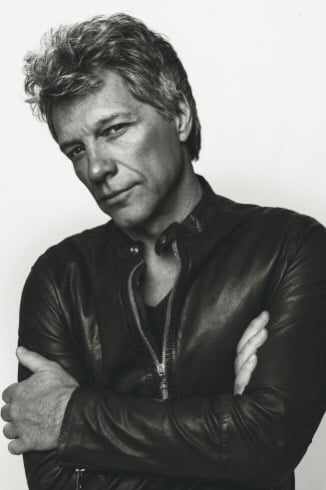 New York Restoration Project (NYRP), founded by award-winning singer, entertainer, actress and green activist Bette Midler, will celebrate over two decades of beautifying New York’s urban environment with its annual Halloween party, Hulaween. On Monday, October 30th, one of New York City’s most iconic cathedrals – Cathedral of St. John the Divine – will be transformed into a Garden of Earthly Delights, brought to life by mastermind Douglas Little, the visual storyteller behind Bergdorf Goodman’s most spectacular windows. Dita Von Teese will perform one of her signature burlesque pieces during the cocktail hour.Comedienne Judy Gold is the host for the evening, which will feature special entertainment by Jon Bon Jovi & Friends. Fashion Phenom Michael Kors will once again judge the always popular costume contest, and DJ Runna will provide music throughout the night. This year’s honorees are Eric Schmidt, Executive Chairman – Alphabet, Inc. and David Evans Shaw, Managing Partner, Black Point Group, both of whom exhibit exemplary environmental stewardship and the ability to affect innovative change.

New York Restoration Project (NYRP) is a non-profit organization driven by the conviction that all New Yorkers deserve beautiful, high-quality public space within ready walking distance of their homes. Since its founding in 1995 by Bette Midler, NYRP has planted trees, renovated gardens, restored parks, and transformed open space for communities throughout New York City’s five boroughs. As New York’s only citywide conservancy, NYRP brings private resources to spaces that lack adequate municipal support, fortifying the City’s aging infrastructure and creating a healthier environment for those who live in the most densely populated and least green neighborhoods. To learn more, please visit http://www.nyrp.org .