Today marks the premiere of “Somebody To Use,” the exhilarating new single from GRAMMY-nominated producer/dance artist Alesso. “Somebody To Use” comes with a toxic mix ready for the clubs too. Watch the new video HERE.

In a glorious moment of worlds colliding, “Somebody To Use” once again proves Alesso’s incredible talent for merging the massively catchy melodies and raw emotion of pop with the forward-thinking sound design of boundary-pushing dance music. Built on a heavenly backdrop of glistening synth and gorgeously cascading beats, the track surges forward with an unstoppable energy paired with velvety vocals. The result: a full-tilt anthem that invites both total surrender and pure catharsis. Already familiar to fans, Alesso has teased and performed the highly anticipated “Somebody to Use” on his sets for the past two years.

Aside from “Chasing Stars” Alesso takes part in the Blade Runner: Black Lotus Soundtrack with Danna Paola on “Rescue Me“ and recently partnered with OneOf – the green NFT platform built for the music community – to release his debut NFT collection “Cosmic Genesis.”

A global maverick in the dance world, Alesso has repeatedly proven that his influence transcends boundaries and crosses over into countless genres to that end, he’s collaborated with such eclectic artists as OneRepublic’s Ryan Tedder, Calvin Harris, Tove Lo, Liam Payne, Swedish House Mafia’s Sebastian Ingrosso, Hailee Steinfeld, Florida Georgia Line, Anitta, and more. With his past hits including the platinum-certified “If I Lose Myself“ and gold-certified “Under Control,” the Sweden native has also found major success with “Calling (Lose My Mind),” which topped the Billboard US Hot Dance Club Songs chart. On Billboard’s Hot Dance/Electronic Songs chart, his massive breakup anthem “Let Me Go” collaboration with Hailee Steinfeld and Florida Georgia Line reached No. 9, while “Is That Me” peaked at No. 25. In 2020, he released a pair of hit singles: “Midnight,” featuring former One Direction member Liam Payne, and “THE END“ with goth-pop singer/songwriter Charlotte Lawrence. To date, he’s performed at international festivals ranging from Tomorrowland to Ultra Music Festival to Electric Daisy Carnival, with his national TV experience including closing out GMA’s Summer Concert Series, performing on The Late Late Show with James Corden, and taking the stage at the AMAs.

FROM EARTH WIND & FIRE AND ARETHA FRANKLIN TO MARVIN GAYE AND BARRY WHITE, TIME LIFE PRESENTS THE MOST LEGENDARY SOUL SINGERS OF THE 70’s PERFORMING THEIR GREATEST HITS LIVE AND UNCUT ON LATE NIGHT’S ORIGINAL MUSIC SHOW IN ONE ULTIMATE DVD COLLECTION

THE SOUL OF THE MIDNIGHT SPECIAL

This 10-Disc Collector’s Set Features More Than 130 Live, Uncut Performances from 1972-1980, Many of Which Have Never Been Available Before, from the Greatest Soul Singers of the Decade Including James Brown, Gladys Knight and the Pips, Al Green, Chaka Khan, Patti LaBelle, The O’Jays, Teddy Pendergrass, Spinners, The Stylistics, Bill Withers,

Sly & The Family Stone and Many More!

The ’70s was a special time for soul music, a decade filled with legendary artists like Al Green, Teddy Pendergrass, The O’Jays, Marvin Gaye, The Stylistics and so many more. And for home viewers, it was also a boon, as week after week, Burt Sugarman’s The Midnight Special, television’s very first live music show, made it a point to feature soul artists performing their biggest hits live and uncut in the prime of their careers. While Soul Train also featured these acts, only The Midnight Special gave viewers actual live performances instead of lip sync, treating them to virtual front row seats for performances by the most talented soul singers of the time.

Available for the first time at retail, the greatest performances from The Midnight Special featured in one spectacular 10-disc DVD collection: Burt Sugarman’s THE SOUL OF THE MIDNIGHT SPECIAL. Fans of 70’s soul will thrill to an unforgettable line-up of legendary soul artists performing their greatest hits uncut and unedited — just straight-from-the-heart singing with live musicians in front of a live audience. And now, Time Life delivers a singular set featuring a collection of more than 130 live, uncut performances from 1972-1980, many not seen since their original broadcast!

All-time classic soul hits in The Soul of The Midnight Special include love songs like Betcha by Golly, Wow by the Stylistics and You’re The Best Thing That Ever Happened To Me by Gladys Knight and The Pips and dance grooves like Sly & the Family Stone’s Dance to the Music, Ohio Players’ Fire, and Chic’s Good Times. Also included are chart toppers and fan favorites such as Back Stabbers by the O’Jays, Tired of Being Alone by Al Green, Could It Be I’m Falling in Love by Spinners, Éc;Lean on MeÉd; by Bill Withers, Éc;The Love I LostÉd; by Harold Melvin and the Blue Notes, I Want to Take You Higher by Sly & the Family Stone, Shining Star by Earth, Wind & Fire, I’ve Got Love on My Mind by Natalie Cole, Just to Be Close to You by Commodores, I’ve Got to Use My Imagination by Gladys Knight & the Pips, You’ll Never Find Another Love Like Mine by Lou Rawls, Special Lady by Ray, Goodman & Brown, and Something He Can Feel by Aretha Franklin.

In addition, Time Life is including a bonus DVD featuring The Midnight Special Presents Marvin Gaye In Concert From The Atlantic Stadium, a rare, historic live concert performance filmed exclusively for The Midnight Special in 1974 and available for the very first time anywhere. Also included in this completist’s set are 18 Bonus Interviews with top soul stars including The O’Jays, Gladys Knight, Bobby Womack, Patti LaBelle, George Benson, James Brown, Lou Rawls, Teddy Pendergrass, Quincy Jones and more, along with a collectible 40-page book, jam-packed with archival photos and stories about the stars.

Time Life is one of the world’s pre-eminent creators and direct marketers of unique music and video/DVD products, specializing in distinctive multi-media collections that evoke memories of yesterday, capture the spirit of today, and can be enjoyed for a lifetime. TIME LIFE and the TIME LIFE logo are registered trademarks of Time Warner Inc. and affiliated companies used under license by Direct Holdings Americas Inc., which is not affiliated with Time Warner Inc. or Time Inc.

As CREEPER prepare to make an emotional reunion with their fan community when they headline the second stage at Download Pilot this Saturday, the band shares the new video for their current single Midnight. Continuing CREEPER’s unique ability to subvert rock tropes while maintaining a theatrical zeal, the song received widespread fan adoration plus coverage from DIY, Dork, Kerrang!, Louder, NME and The Line of Best Fit.

The Midnight video brings the curtain down on the narrative established in their Top 5 album Sex, Death and The Infinite Void and commences a new chapter in which Annabelle battles her grief following the loss of Roe. Directed by the band’s regular collaborator Olli Appleyard, the video captures CREEPER’s distinctive doomed elegance aesthetic. It cuts rapidly between their full-throttle performance, a glimpse at Roe’s passing, and front man Will Gould’s iconic prayer while draped in the Stars and Stripes.

Will Gould commented, “The video for Midnight welcomes our audience back into the world of Calvary Falls one final time to bear witness to the death of Roe. Olli Appleyard has created a visual as lavish and tragic as the music itself, we are so excited to share it with the world.”

American Noir is a requiem to the album’s central character Roe, which explores his partner Annabelle’s grief and desolation following his death.

Midnight provides an enticing introduction to American Noir, which presents a requiem to Roe. Elsewhere, Hannah Greenwood’s vocals also take centre-stage on the mournful gothic romance of Ghosts Over Calvary and the funeral march elegy of the closing ballad Damned and Doomed. America At Night reprises Gould’s lyrical gift for crafting poetic pop culture references and amplifies the drama with stirring strings and a searing solo, traits which resonate even more theatrically within One Of Us. It also features three interludes: the tone-setting Midnight Militia, The Drowning Room, and the John Carpenter-esque Frozen Night.

American Noir is now available to pre-order here, and will be released on digital and physical formats. The standard vinyl is a single-sided screen-printed vinyl (replicating the style of their debut self-titled EP), which features the lightning bolt from the Sex, Death and the Infinite Void cover. There are two limited edition vinyl variants which are available exclusively from CREEPER’s official store, one featuring Roe and the other featuring Annabelle. The store also offers two limited edition cassettes, each with alternate artwork. A standard CD is also available.

When CREEPER headline the second stage at Download Pilot at 8:15pm this Saturday June 19, it will be their first live show in 16 months and their first since the release of Infinite Void. But there will soon be the chance to catch them again, first with the Reading and Leeds Festivals in August, and then with their biggest headline tour to date in December.

NEW SONG, “ALONE,” AVAILABLE FOR INSTANT DOWNLOAD TO THOSE WHO PRE-ORDER, ALONG WITH “SELFISH LOVE” AND “MIDNIGHT” 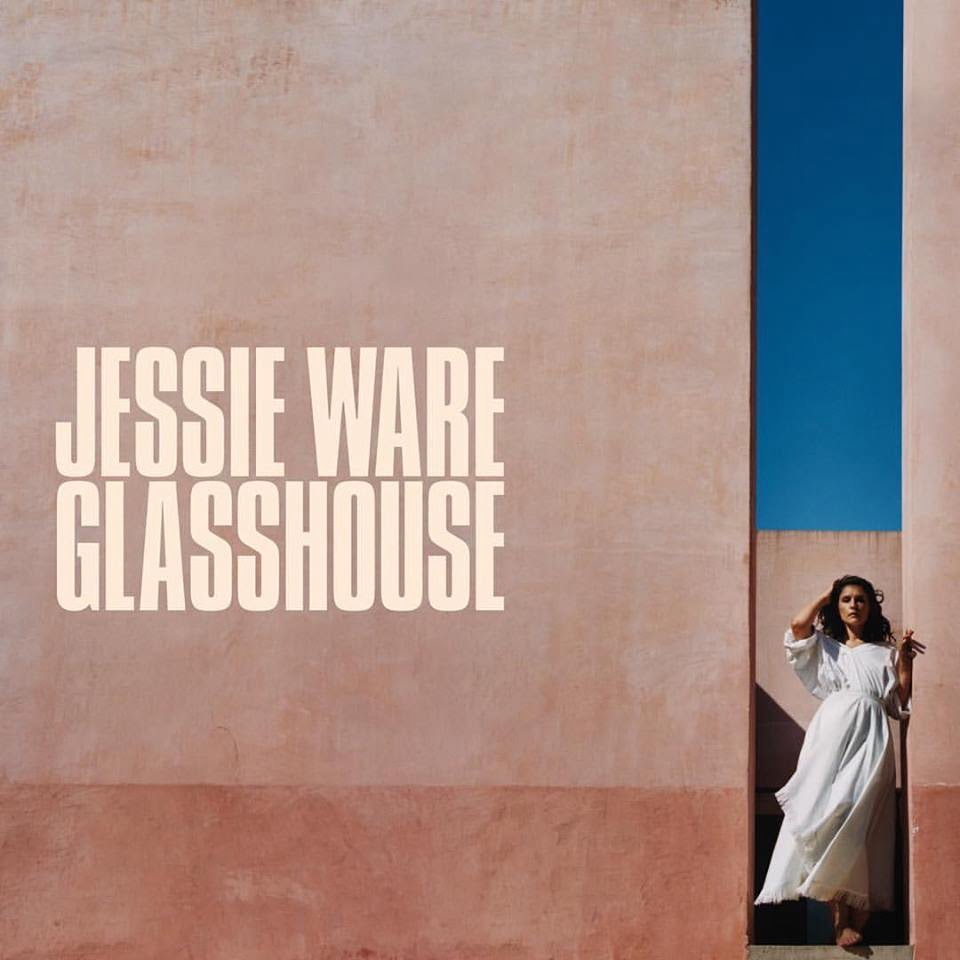 Glasshouse, the eagerly awaited new album from three-time BRIT Award nominee Jessie Ware is now available for pre-order from all participating retailers. Those who pre-order the album will receive instant downloads of the previously released “Midnight” and “Selfish Love” as well as the new track, “Alone,” which Ware co-wrote with Kid Harpoon (HAIM, Florence + the Machine). Listen to “Alone” HERE. The album features 12 tracks, with an additional 5 on the deluxe version.

Of “Alone,” the London-born singer / songwriter says: “I’m so happy to be reunited with Kid Harpoon on this one. It’s a song about stealing time with your loved one, and longing for the simple declaration that they want the same.”

“Alone” is the third track to be released from Glasshouse, which is due from PMR Records / Friends Keep Secrets / Interscope Records on October 20th. The new album marks a thematic departure from Ware’s second album, 2014’s Tough Love. A tender, candid exploration of family life, Glasshouse was largely shaped by the 2016 birth of Ware’s first child, and by the sometimes painful soul-searching that marked that transformative moment. “It became an album for my husband and my baby,” she says. “It’s an apology, a confession, a love note, a declaration. It shows all my fears and all of my emotion.”

With its sonic palette encompassing everything from jazz improvisations to hypnotic house beats, Glasshouse expands on the genre-blurring sophistication that Ware has embodied since the 2012 release of her Mercury Prize-nominated debut Devotion, which was one of the most critically lauded albums of that year. Recorded with her longtime friend Benny Blanco (Halsey, Icona Pop, Charli XCX), Glasshouse also finds her pairing up with Felix and Hugo White (The Maccabees), Ed Sheeran, and Norwegian DJ/ producer Cashmere Cat. Ware has sculpted a dynamic new sound while still mining her classic sensibilities.

In an advance preview of Glasshouse, Entertainment Weekly calls it Ware’s “most powerful and vulnerable LP yet,” while the New York Times called her “one of pop’s subtlest powerhouses” in its Pop and Jazz Fall preview. Of “Midnight,” Pitchfork writes that “Ware’s performance captures all the magic and terror that comes with totally yielding your heart to someone else. This is Ware’s gift: She takes those rare moments where the stakes are irreversibly raised, and imbues them with the drama and elegance they deserve.”

3 Stay Awake, Wait For Me

10 Finish What We Started

11 The Last Of The True Believers featuring Paul Buchanan

17 The Last Of The True Believers featuring Paul Buchanan (Acoustic)