“Sometimes life gets crazy. Sometimes I don’t know up from down.”

Rapper Lute gifts his fans on his birthday by dropping his latest single “Life.” In this song, Lute reflects and celebrates as he describes the pressures from those around him, the rap game, and most importantly, himself. The string accompaniment on the production from Lute provides a perfect backdrop for the introspective lyrics and harmonies from Tiera Beverly on the hook. While addressing his messages of self-growth and perseverance to his daughter, Lute is also talking to himself to make sure he practices what he preaches.

The video, directed by Alexander Hall for Haus Elephi, features three generations of his family as well as the recent headlines regarding the protests in the streets and Covid-19. He also dedicates the song and video to those killed on June 21, 2020 on Beatties Ford Road in North Carolina as well as his cousin Marcus Okoye Withers.

Lute has been busy releasing his episodic Gold Mouf Chronicles which features his single “GED (Gettin Every Dolla)” as its opening theme. The 2020 single has become a fan favorite with the music video amassing over 1.8 million views on YouTube. Following its release, Lute stunned fans with a halftime performance during the Hornets vs. Rockets showdown at the Spectrum Center in Charlotte, North Carolina. In 2019, the Charlotte rapper teamed up with label head J. Cole, and DaBaby for the track, “Under the Sun,” which was featured on the Grammy-nominated RIAA certified Platinum Dreamville album Revenge of the Dreamers III. With the impressive pace Lute is growing at, fans excitedly wait for what’s next.

Following the special episode of Gold Mouf Chronicles dealing with his anxiety, Lute (Dreamville/Interscope Records) gives his best attempts at some alternative solutions to calm himself. He enters Dojo Body Mind in Charlotte, NC which is led by Brandon Powell to learn some meditation and breathing techniques that centers himself, especially under high pressure scenarios. Using what Powell refers to as forms of internal self-defense, Lute practices controlling his breathing carefully to a drum before easing himself into an ice bath. While intimidated at first, he overcomes the initial mental and physical shock and manages to stay in it for almost half a minute. Hopefully it leads to a better control over his anxiety in the near future. Watch the episode HERE.

The series features Lute’s latest single “GED (Gettin Every Dolla)” as its opening theme. The single, which debuted in early 2020 following a cryptic social media campaign, has become a fan favorite. The Neal Farmer-directed video, has now amassed over 1.8 MM views on YouTube. Following its release, Lute stunned fans with a halftime performance during the Hornets vs. Rockets showdown at the Spectrum Center in Charlotte, North Carolina. In 2019, the Charlotte rapper teamed up with label head J. Cole, and hip hop phenom DaBaby for the track, “Under the Sun,” which was featured on the Grammy-nominated RIAA certified Platinum Dreamville album Revenge of the Dreamers III. Fans can catch the latest episodes of Gold Mouf Chronicles by visiting www.gettineverydolla.com.

Rapper Lute (Dreamville/Interscope Records) has just released the second episode of his mini-series, Gold Mouf Chronicles. Directed and edited by Alexander Hall, the eight-episode online series offers a vivid look into the rapper’s passions and talents, which extend far beyond music. The second episode, highlights Lute’s love of cars, as he prepares to build a model version of the ‘87 Buick Grand National. Lute opens up about his childhood, touching on the relationship with his brother and their humble beginnings in Charlotte, NC. “For me, music, art and cars are one in the same. It’s all about expressing yourself and what you love,” Lute says. Loyal fans will appreciate the introspective narrative and insight offered during the 4-minute video, released today. You can watch the second episode HERE.

The series’ theme song comes by way of Lute’s latest single “GED (Gettin Every Dolla),” whose Neal Farmer-directed video,  has now amassed over 1MM views on YouTube. In 2019, Lute teamed up with label head J. Cole, and hip hop phenom DaBaby for the fan favorite, “Under the Sun,” which was featured on the Grammy-nominated RIAA certified Gold Dreamville album Revenge of the Dreamers III. Last month, Lute stunned fans when he performed an exciting halftime set during the Hornets vs. Rockets showdown at the Spectrum Center in Charlotte, North Carolina. Fans are encouraged to keep up with Gold Mouf Chronicles by visiting gettineverydolla.com 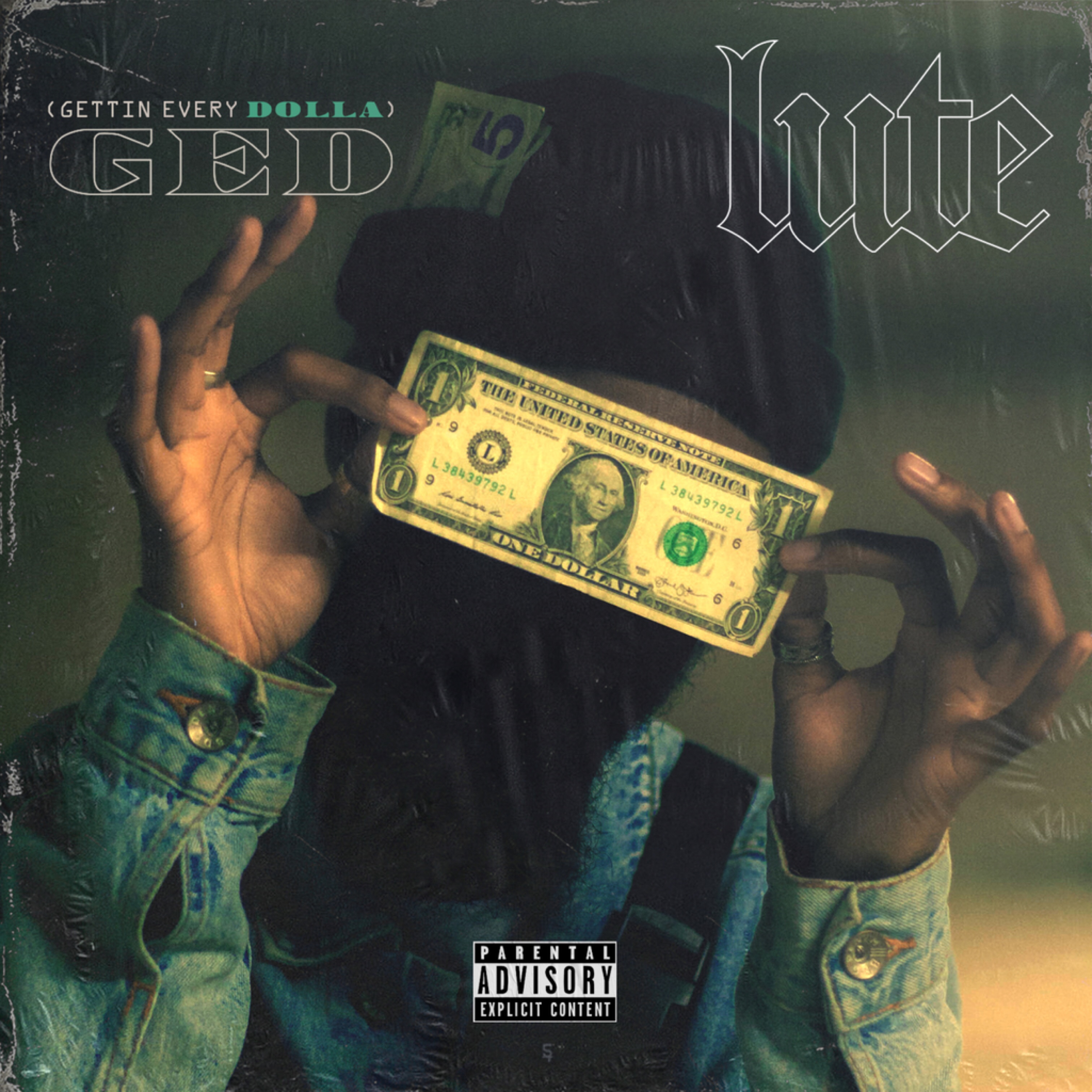 In the ever-creative Dreamville fashion, rapper Lute (Dreamville/Interscope Records) has announced the release of his very own mini-series, “Gold Mouf Chronicles,” to aid in the promotion of his latest single “GED (Gettin Every Dolla).” The eight-episode online series, directed and edited by Alexander Hall, features the artist’s alter ego, Gold Mouf as he partakes in a host of activities and pranks. Just shy of five minutes, the first episode, “The Joy of Painting with Gold Mouf” is styled after a classic PBS program hosted by the late Bob Ross (The Joy of Painting).

The episode opens with a mild-mannered Lute who quickly transitions into the charismatic, though slightly foul-mouthed, Gold Mouf, who walks viewers through the painting of a Keith Haring-inspired spaceship. Both intriguing and informative, viewers will appreciate the rapper’s intellect and ability to seamlessly slip between his two personas. You can watch the first episode HERE.

The online series serves as the second wave of promotion for the recently released “GED (Gettin Every Dolla),” which serves as the opening theme song. The single was first teased through a barrage of cryptic commercials which appeared heavily on social media early this year. The accompanying Neal Farmer-directed video has racked up over 1MM views on YouTube. Lute continues to generate buzz for his undeniable skills as an emcee, as well as his incredible fashion sense. He can be heard on the Grammy-nominated RIAA certified Gold compilation album Revenge of the Dreamers III; receiving significant praise for his work on the track, “Under the Sun.” The certified Gold collaboration features the Charlotte-born, Lute, and fellow North Carolinians: superstar and label head, J-Cole, and popular rising artist, DaBaby. With regards to fashion, Lute has been featured on Vogue and Refinery29’s “Best Dressed Men” compilations. Most recently, Lute shined when he performed a halftime set during a Hornets vs. Rockets showdown at the Spectrum Center in Charlotte, North Carolina. As part of the event, Dreamville gifted 7,500 fans with limited edition apparel.