Zegrahm Expeditions, the pioneer in small-group expeditions around the world, is now the largest sponsor of the Cheetah Conservation Fund<> (CFF)’s 30th Anniversary education and lecture tour, contributing significantly to the CCF’s research, education and conservation efforts that help to secure the survival of the cheetah and its ecosystem.

Throughout 2020 both Zegrahm Expeditions and the CCF are celebrating 30 years of existence, having followed similar paths of intense appreciation for the natural world for the past three decades.

“We are in awe of the enduring and unending habitat and ecosystem conservation efforts of the CCF and are honoured to be involved in this way,” says Robin Brooks, Director of Partnerships for Zegrahm Expeditions. “We see a close tie between the Zegrahm and CCF communities of conscientious explorers, wildlife enthusiasts, activists and people who have always celebrated our world to its fullest degree.” CCF founder Dr. Laurie Marker, whose work has been covered by TIME, Smithsonian, National Geographic and more, is still at the helm today as the fund’s Executive Director, working passionately to continue her life’s work in cheetah conservation.

CCF Founder Dr. Laurie Marker
“Support from like-minded entities like Zegrahm Expeditions is what makes action to save the cheetah from extinction possible,” says Dr. Marker. “We do live in a world where people and organizations care deeply about preservation, conservation and appreciation of the natural world, and that continues to inspire me.”

During Zegrahm Expeditions’ small-group, land-based expedition Namibia Under Canvas departing April 19, 2020, guests will visit CCF’s research centre in Otjiwarongo, Namibia, which has earned the title “Cheetah Capital of the World.” The centre is a world class research, education and conservation facility set on a private wildlife reserve. During this itinerary guests will have many opportunities to search both by vehicle and on foot for the elusive cats, and other rare species that call Namibia home. 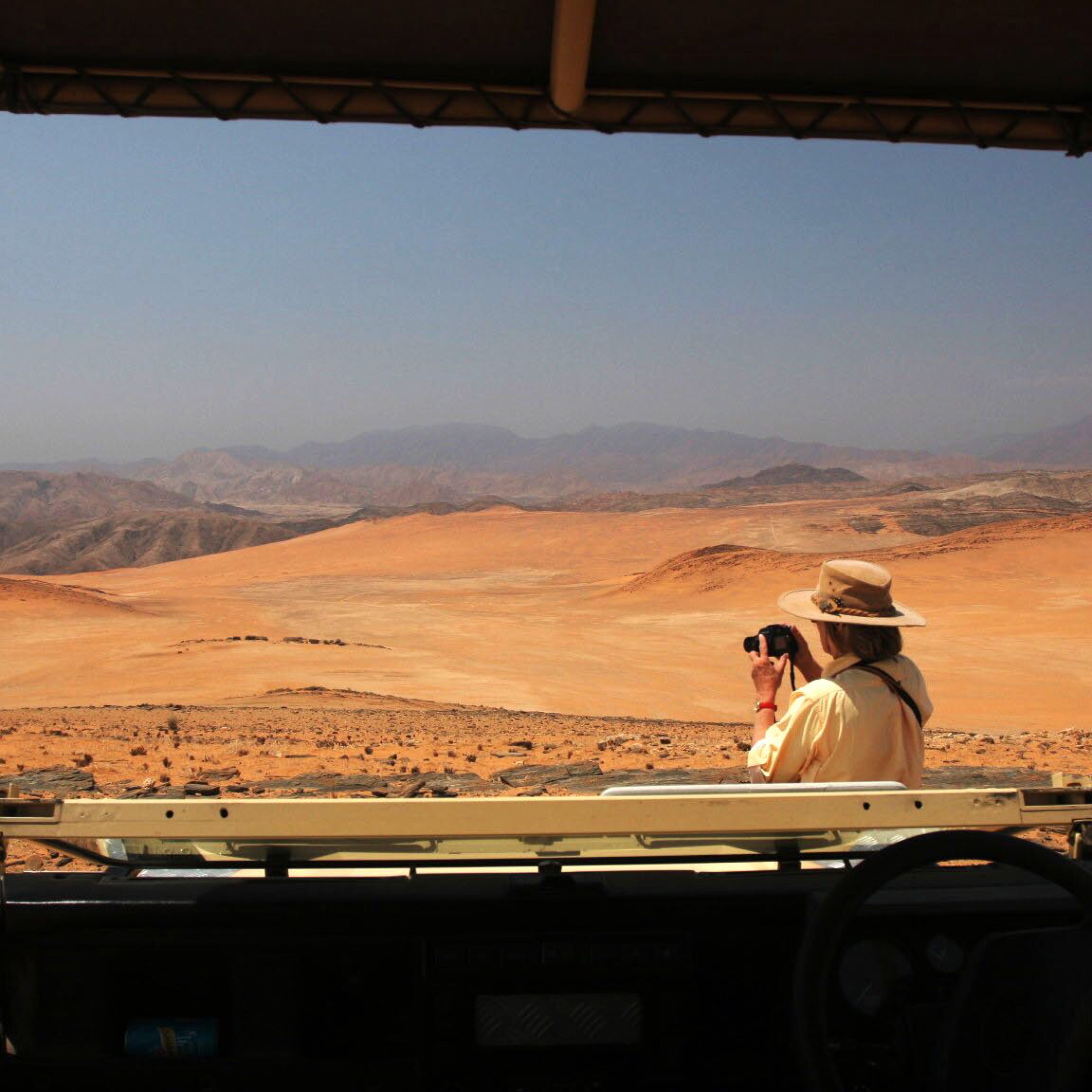 Get Wild This Green Season with Natural Habitat Adventures

From taking in lush, tropical landscapes to viewing new animal births during the Great Migration, discover where the grass grows greener around the globe.

Rainy season brings out a special bounty of nature encounters from flourishing flora to new fauna. Ecotourism leader Natural Habitat Adventures proves it’s easy to be green with trips to see some of the most incredible wildlife spring into action around the world. From experiencing sea turtles nesting and spotting whales along Costa Rica’s south Pacific coast to taking in breathtaking views of huge herds making a great circuit across the Serengeti Plains in Tanzania, see where the grass grows greener this season with Natural Habitat Adventures:

In July and August, “green season” is a time of new birth and plentiful transitions among Costa Rica’s lush rainforests, mist-veiled mountains, wild beaches and active volcanoes, containing some of the greatest biodiversity on Earth. Enjoy peak turtle season in Tortuguero, when Pacific green sea turtles settle into their annual nesting pattern. On the new green season departure, Nat Hab makes an extended boat expedition in search of whales, particularly humpbacks, and dolphins during time exploring around Isla del Caño. In Monteverde’s cloud forest, resplendent quetzals and three-wattled bellbirds feed on abundant ripe avocados at this time of year, creating some of the best opportunities to encounter these threatened species in the wild. Nature is especially lively during the green season—the extra moisture tends to animate more birds and mammals in the canopy, as well as frogs, interesting insects and nocturnal wildlife.

Botswana’s prolific wildlife is legendary, so it’s no wonder that it is a top destination for photography-focused African safaris. There’s nothing like seeing it during the “green season,” when intermittent rains bring dramatic skies, new grass and new animal life. Join accomplished photographers and naturalist guides on an adventure designed to reveal Botswana’s abundant wildlife and staggeringly diverse ecosystems, from the fossilized salt pans of the Kalahari Desert to the emerald marshes and sprawling channels of the Okavango Delta. Photograph wildlife in the Central Kalahari Game Reserve as it bursts to life during brief summer rains: where lush grasses lure throngs of wildebeest, springbok, gemsbok and other prey, while the region’s legendary black-maned lion, cheetah and other predators follow in close pursuit.

On Africa’s Great Plains, each year, boundless herds of wildebeest and zebra traverse the Serengeti in search of new grass that sprouts with seasonal rains, and to birth their young. Lion and cheetah lie in wait, finely tuned hunting machines ready to stalk and take down the weakest members of the herds. In the center of the world’s greatest ancient migration route, wildlife lovers will join a small-group safari led by expert expedition leaders to witness a primal spectacle as the drama of predator and prey unfolds before them. Enjoy unparalleled seclusion, comfort and vintage safari atmosphere at Natural Habitat’s remote private camp, immersed in the wonder of one of the world’s truly epic wildlife events.

###
About Natural Habitat Adventures
Natural Habitat Adventures has been a leader in responsible adventure travel and ecotourism since 1985. From polar bear tours in Churchill to small-group Galapagos cruises, from Alaska grizzly bear adventures to African safaris, our journeys, led by professional naturalist guides, reveal the planet’s most extraordinary nature destinations. As the world’s first 100-percent carbon-neutral travel company—and the conservation travel partner of World Wildlife Fund—we offer eco-conscious expeditions from Antarctica to Zambia with a multitude of adventures in between. For more information, visit nathab.com.