The release comes on the heels of Stefan’s showcase debut last night at E&C studio in New York where the artist played to a packed house of industry tastemakers.

Written as a reflection on the trials and tribulations of addiction, “Situation” contrasts delicate instrumentation against Stefan’s entrancing R&B falsetto. The song is setting the stage for further music to be released by Stefan James this fall.

The 20-year-olds’ music and lyrics pulls from a life marred by tragic events, including battles with addiction and substance abuse, as well as the tragic loss of his older brother. Stefan turned to music to lead him on his road to recovery. Creating music enabled him to share this pain productively and poetically. “I’ve been there,” Stefan says, speaking to all who are dealing with depression, loss or addiction. “When you’re feeling down, just put a couple of my songs on and cry or smile. Whatever you have to do to get through that moment. You’re not alone.”

Further music from Stefan James is set for release this fall. 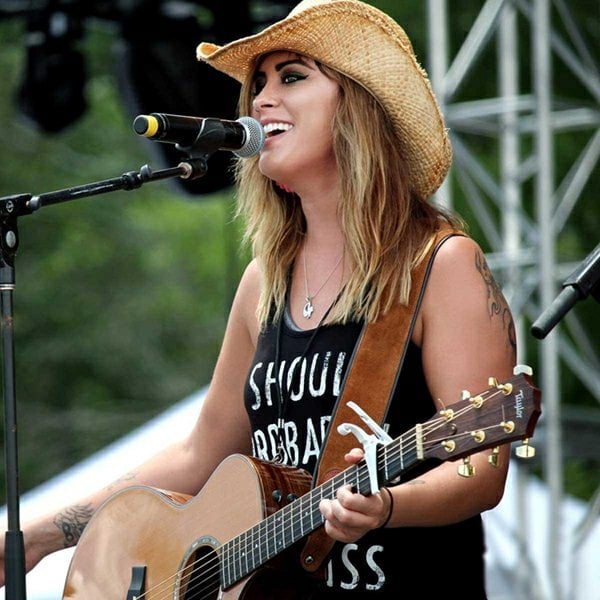 Country artist and American Idol Top 4 Finalist, Jessica Meuse, will debut her new music video entitled, “Love Her Better,” at MyMusicRx’s Bedstock Festival on Giving Tuesday (November 28th). The song Meuse has written is part of her upcoming 2018 full-length debut album release on Warrior Records and the video will be accessible from Bedstock.com and Meuse’s social pages.

“I’m very grateful to be involved with Children’s Cancer Association’s MyMusicRX for Bedstock Festival 2017,” said Jessica. “I chose to perform ‘Love Her Better’ specifically for the fest and I thought it would be fun for the kids if I filmed my video on a remote tropical island, during my recent performances in the Maldives. Bedstock 2017 will be the first place for people to tune in to this new, unreleased track from my upcoming album, while supporting a great cause!”

Bedstock is a one-of-a-kind, life-changing music festival, where artists play from bed for sick kids that are stuck in theirs. It helps raise funds and awareness for MyMusicRx, an organization that delivers the healing power of music to hospitalized kids across the country. This is Year 4 of Bedstock, and it’s Bigger and Bedder than ever.

“We are honored Jessica has chosen Bedstock as the platform to debut her latest music,” said Regina Ellis, Founder and Chief Joy Officer at Children’s Cancer Association. “The compassion and generosity of the artists who participate in Bedstock is what continues to drive the success of this festival and make a difference right now in the lives of children and teens in the fight of their lives against cancer and other devastating diagnoses.”

Jessica Meuse is a American Idol Top 4 Finalist whose talents recently earned her a management deal with LA Group Management and a Warrior Records album deal. Besides working with Children’s Cancer Association, Meuse dedicates personal time to many worthwhile causes, including speaking out to raise awareness about domestic violence abuse and cyberbullying. Additionally, on Saturday, December 9th, Jessica has been asked by St. Jude Children’s Hospital to sing the National Anthem at Amalie Arena in Tampa, Florida, to kick off their annual Walk/Run to End Childhood Cancer.