Fans will get a chance to dive into Marvel Comics’ latest crossover event DEVIL’S REIGN and the latest epic in Donny Cates and Nic Klein‘s hit run on THOR with new printings of “DEVIL’S REIGN #2” and “THOR #20”! These sold-out issues will be available at comic shops starting on February 16, complete with exciting second printing covers.

Wilson Fisk has set the Marvel Universe on a dangerous and violent path in Chip Zdarsky and Marco Checchetto‘s “DEVIL’S REIGN #2”. Systematically leveraging the power of his office against the heroes of the Marvel Universe, Fisk takes his most dangerous and craven step yet… The Thunderbolts are reporting for duty! ALSO IN THIS ISSUE: Hizzoner isn’t the only one with ambitions—the forces he’s marshaled do as well. You know what they say about honor among thieves…

Mjolnir is on a rampage across the realms and is leaving death and destruction in its path in “THOR #20”, part two of Donny Cates and Nic Klein’s latest Asgardian epic! Thor must act fast to save his kingdom for the deadly prophecy of the God of Hammers is about to be unleashed! “THOR #20” will receive two covers, one of which presents the final page of the issue where fans saw the God of Hammers for the first time! 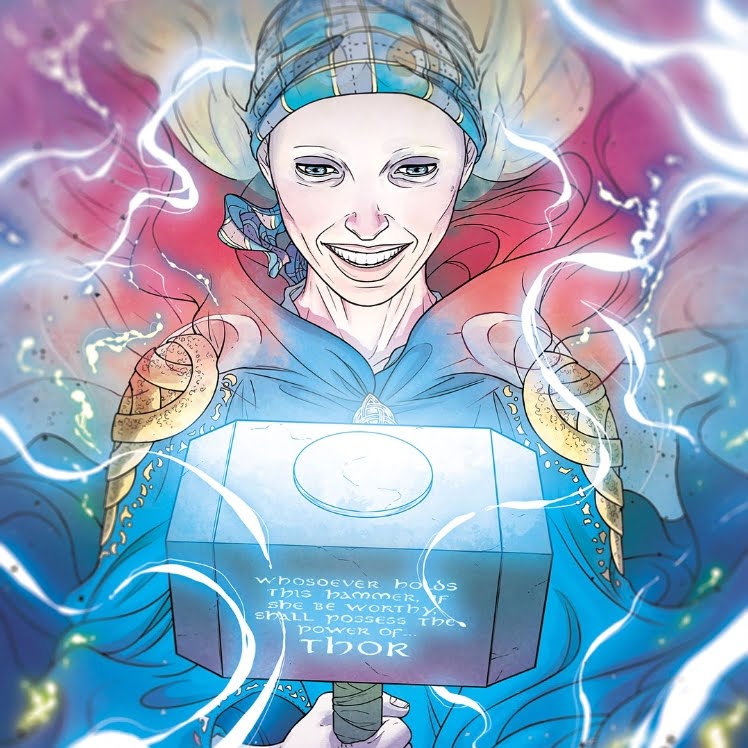 New York, NY—February 15, 2018—THE DEATH OF THE MIGHTY THOR nears its end as the creative team of Jason Aaron and Russell Dauterman bring you an epic showdown that has been years in the making.

The world of Mighty Thor and Odinson has been turned upside down, literally and figuratively — the Mangog’s attack on Asgardia has left the realm, and the gods who inhabit it, decimated. And the Mangog isn’t done yet! While Odinson’s responsibility is to protect his people, Mighty Thor must make a choice: fight Mangog by picking up Mjolnir – which guarantees that Jane Foster will perish – or watch the world fall.

There is no choice…

Prepare yourself as Jane Foster picks up Mjolnir one last time in MIGHTY THOR #705, and witness the death of a hero!