Ball said he’s excited to join the PUMA family as he kicks off his basketball career.

“I believe the brand is the perfect partner for me because PUMA will allow me to just be myself. I want to be 100-percent authentic whether that’s playing basketball or showing off my personal style, and that’s what I want to do with PUMA,” Ball said.

The 6-foot-7-inch guard with elite passing skills opted out of college basketball in favor of professional contracts in Lithuania and Australia.

Adam Petrick, the global director of brand and marketing at PUMA, said Ball is a natural fit for PUMA because of his personal style and his “physical gifts and dynamic play on the court.”

“We are thrilled to add him to our roster of talented athletes, and at just 19 years old, we can’t wait to see his impact on the broader culture surrounding basketball,” Petrick said.

The first collaboration between the young phenom and PUMA will come in the form of a PUMA x LaMelo Ball T-shirt and hoodie set. The set will release Nov. 18, the same day as the 2020 NBA Draft where Ball is expected to go in the top five.

PUMA also intends to blur lines between sports, culture, music and fashion with its approach to the collaboration with Ball, which will likely be seen in the form of shirts, shoes and other apparel.

The partnership will follow PUMA’s “Not From Here” concept, something Ball cooked up himself to represent his unique attitude.

“I don’t know what normal is. I personally chose a different path to achieve my success because that defines who I am,” Ball said. “I know some people think I am mysterious or ‘not from here,’ and I might have to agree. I am someone who likes to be different and consider myself to be one of one. That’s the message I want to share in my upcoming projects with PUMA.”

With names like RJ Barrett, Kyle Kuzma and Deandre Ayton highlighting the list, Ball is the latest in a line of young talent to join PUMA.

In Ball’s 2019-2020 season as a member of the Illawarra Hawks, he played just 12 games before injuring himself during practice and deciding to leave for the NBA Draft. He averaged 17 points, 6.8 assists and 7.6 rebounds per game.

The Minnesota Timberwolves have the first overall pick in the 2020 NBA Draft after winning the NBA Draft Lottery. The Timberwolves had a 14% chance at landing the first pick, tied for the best odds with the Cleveland Cavaliers and the Golden State Warriors, the team holding the worst record in the league.

With the Timberwolves trading for star guard D’Angelo Russell last season, mock drafts appear to have Minnesota targeting Anthony Edwards, the wing player out of Georgia.

Without a consensus first pick, there is also speculation that Minnesota could trade out of the first pick, opening an opportunity for a team looking for a point guard with passing abilities like Ball’s.

It all remains to be seen the night of the Draft Nov. 18, where one thing is for sure: LaMelo Ball’s name will be called.

With the NBA Draft fast approaching, the lives of 60 young players are about to change forever, as their dreams are realized the moment they put on their new team’s cap. Today, New Era Cap, the Authentic Cap of the NBA, announces the release of NBA Authentics: Draft Series, the caps that will be given to draftees on June 21 when they are welcomed to their new city.

This year’s collaboration between New Era and the NBA highlights team colorways with unique design elements – using localized patches and pins to pay homage to the NBA’s 30 team cities. The cap embellishments denote something unique for each franchise, including city or state flags, the year the team was established, an alternate team logo and monogram marks. 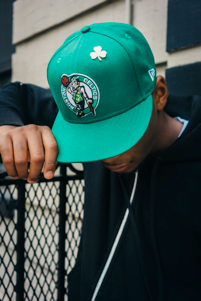 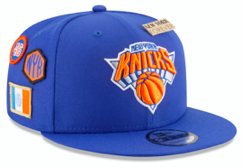 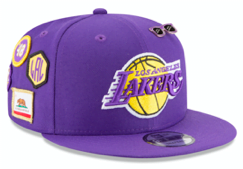