A devastating stream of tornadoes unleased late Friday December 10 and early Saturday December 11 across sections of the central and southern United States. In accordance with information from the Storm Prediction Center, there were at least 50 tornado reports. The states affected include Arkansas, Illinois, Indiana, Kentucky, Mississippi, Missouri, Ohio and Tennessee.

Click HERE to see how you can assist and support the victims of these destructive tornadoes.

The most substantial damage arose as Tornadoes and strong winds broke down a nursing home in Arkansas, an Amazon warehouse in western Illinois and an inhabited candle factory in Kentucky. People were killed in all separate incidents and responders have been struggling to rescue survivors.

At least one death out of an anticipated two in Arkansas has been credited to the collapsing of a nursing home. Several were trapped in the nursing home before being saved. Around 20 people were injured at the nursing home, and eventually all were taken out of the home and accounted for. Another individual in Arkansas was reported dead after being trapped in a Dollar General when the storm hit, as reported by Mississippi County Sheriff Dale Cook.

One of the tornadoes fell upon an Amazon warehouse in Edwardsville, Illinois on the night of Friday December 10. Authorities were unable to recount the exact number of workers in the Amazon warehouse because “the warehouse does not employ a ‘set staff.’” It has been verified, however, that at least two individuals died when the warehouse collapsed. Edwardsville police chief Michael Fillback validated this report on Saturday December 11 and stated that an additional person was hospitalized.

Fillback also communicated that rescue operations were not at ease due to misplaced power lines, concrete and extra water everywhere from the fire suppression system. An OSHA investigation was opened on Monday December 13 to dig deeper into the collapse of the Amazon warehouse.

On the night of December 10, another tornado hit the Mayfield Consumer Products candle factory in the Mayfield, Kentucky. Inside, around 110 people were working, and dozens were anticipated to be dead there. At least 40 people were rescued from the candle factory, but piles of metal and corrosive chemicals that toppled the factory limit the number of anticipated survivors that could be found alive.

Kyanna Parsons-Perez, survivor of the catastrophe that struck the candle factory, recounted the events of that night. She explained that workers had been hurried into a safety area before the storm officially hit. Parsons-Perez recounts seeing “a little dust of wind. My ears start popping. And it was like the building, we all just rocked back and forth, and then boom — everything fell on us,” Parasons-Perez told CNN’s Boris Sanchez.

During the devasting storm, Parsons-Perez broadcasted the tragedy on Facebook Live and made phone calls to 911 and other family members. She recounts realizing that rescuers were there when she felt pressure from people walking on the debris above her. “I was screaming like, ‘Sir, can you please just get this so I can move my leg?’ He said, ‘Ma’am, there’s about 5 feet worth of debris on top of you,'” Parsons-Perez recounts.

As of Monday December 13, Kentucky Gov. Andy Beshear (D) said that there is a confirmed number of 64 deaths across Kentucky, and that it could take some time to account for the full number of fatalities and damage that fully hit the state. Beshear noted that at least 105 individuals were unaccounted for as of that Monday morning. At least 13 people in the other varying states have been confirmed dead.

Emergency workers consisting of 300 members of the National Guard have been searching for survivors, searching through wreckage and remains and delivering water and generators to residents of Western Kentucky. Beshear talked of the damage during a press conference, stating “I’m not doing so well today and I’m not sure how many of us are. The people of Western Kentucky have gone through an unspeakable trauma. The devastation is unlike anything I have seen in my life,” Beshear stated.

President Biden is scheduled to travel to Kentucky on Wednesday, December 14 to assess damages and aid in the recovery processes. “We’re going to get this done. We’re going to be there as long as it takes to help,” Biden stated during a briefing on Monday December 13 regarding federal reaction to the destructive tornadoes. Biden ensures that he does not want to get in the way of rescue efforts, but to just provide aid to the community that truly needs it in these trying times.

The CFFP is also drawing attention to a dangerous court decision that could prevent abusive institutions from being held accountable and offering a valuable resource to parents and guardians to help them determine whether they should enroll or continue to enroll their children in certain religious institutions.

The little-known ecclesiastical abstention doctrine (EAD) guides courts in deciding First Amendment, religious matters. While historically the EAD has been raised in cases relating to claims of wrongful termination, in recent years religious schools facing lawsuits involving allegations of child harm have pushed courts to interpret the EAD very broadly to get cases dismissed. In one recent case, the Episcopal School of Dallas was permitted to ignore its own legal contracts with parents and the emotional harm suffered by a child never came to light.

Given this alarming legal precedent, parents and guardians of children who have been harmed by private institutions could lose their right to seek relief in court, while the institutions might never be held accountable.

The CFFP has previously exposed issues of religious institutional child abuse and offered support to survivors and affected families. An example is its efforts to make public the decades-long, egregious abuses perpetrated at Cal Farley’s Boys Ranch. Recently, other cases have also made the news:

While it’s heartening that these cases are receiving public attention, it is possible that they, and many more like them, could be dismissed thanks to a legal precedent set by a Texas appellate court in 2018. The case involved the Episcopal School of Dallas which invoked a common-law doctrine known as the “ecclesiastical abstention doctrine” (EAD). The EAD provides guidance to courts when weighing in on First-Amendment, religious matters. However, in the Dallas case, in which a father alleged that his son had been wrongfully expelled and in violation of school policy, it was applied very broadly and used to shield the school from being sued.

In another case involving Trinity Episcopal School in Galveston, Texas, a district court, in recognizing the EAD, threw out a lawsuit filed by a mother whose son had endured repeated racist bullying by other students. The mother wanted the school to hold the perpetrators accountable after the school had only demanded a written apology and suspended them for one day. Despite emotional trauma suffered by the victim, the judge agreed with the school’s claim that a court should not “intrude upon a religious institution’s management of its internal affairs and governance.”

“The EAD allows courts to prioritize a religious institution’s desire for secrecy and avoidance of accountability over the wellbeing of children,” said CFFP founder Janet Heimlich. “In cases in which organizations invoke the EAD, the public may never learn what abusive or neglectful actions took place, and parents may unwittingly enroll their children in those schools.”

To schedule an interview with a representative of the CFFP, an affected parent or a survivor of religious institutional child abuse, contact Jeff Salzgeber  through email or (512) 743-2659 cell.

The Child-Friendly Faith Project (CFFP) is a national, 501(c)(3) nonprofit organization that seeks to end religious child maltreatment by raising awareness of this issue through educational programs that benefit the general public, survivors, professionals, and faith communities.

SURVIVOR TESTIMONY FROM HIROSHIMA ROARS TO LIFE IN TROUBLED TIMES 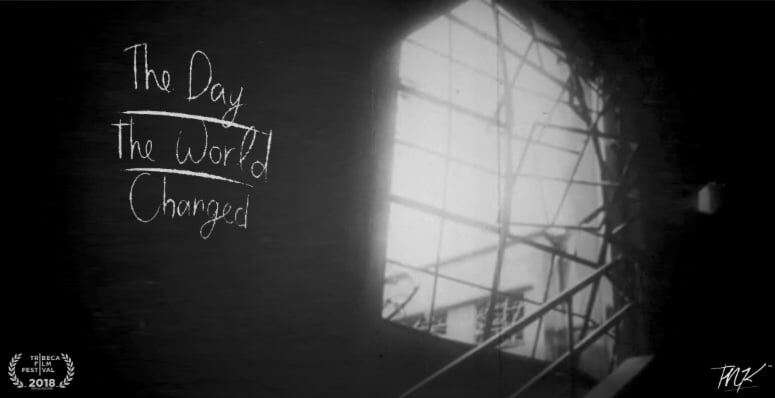 Tomorrow Never Knows presents The Day the World Changed, in collaboration with ICAN, recipient of the 2017 Nobel Peace Prize

Premiering April 20-29, in the Virtual Arcade section of the 2018 Tribeca Film Festival

Tomorrow Never Knows, in partnership with the 2017 recipient of the Nobel Peace Prize, International Campaign to Abolish Nuclear Weapons (ICAN), Nobel Media and the Saul Zaentz Innovation Fund in Film and Media Studies at Johns Hopkins University, has today announced the virtual reality experience, The Day the World Changed, will premiere in the Virtual Arcade that runs April 20-29, at the 2018 Tribeca Film Festival presented by AT&T.

“Over the years, we have been desensitized to the consequences of nuclear war,” said Arora. “We are living in a time when our Commander-in-Chief and leaders of other nations are openly calling for more nuclear weapons, taunting each other over their capabilities. Our intention with this work is to give voice to those victims of nuclear war asking the world to face this shared history and to recognize the true horror of these weapons.”

Added Saschka Unseld, We want this to be an unwavering, uncomfortable experience for people. We want to turn on its head our obsessions and fetishizing of nuclear superiority as a symbol of pride in one’s country, but also to recognize the power of the virtual reality medium. By placing the general public inside the ruins of a tragic event like Hiroshima, we hope to activate a groundswell of support for the abolition of nuclear weapons, and to help ICAN generate momentum in their mission towards elimination.

The Day the World Changed began as an original commission by Nobel Media to showcase the work of the 2017 Nobel Peace Prize-winning organization ICAN, a campaign coalition that works to prohibit and eliminate nuclear weapons.

We find ourselves at one of the most dangerous moments since the dawn of the Atomic Age. It’s at moments like this that we must collectively look back and understand that nuclear weapons are quite simply indiscriminate weapons of mass murder,” said ICAN executive director, Beatrice Fihn. “The Day the World Changed isn’t just a story about the past, it is also about our future it reminds us that these weapons are still here, threatening us, but we can do something about it.”

With that goal in mind, the experience presents a powerful historical record reimagined through new technology via three interactive chapters.

The first explores what led the United States government to develop and drop the world’s first atom bomb on Hiroshima, Japan on August 6, 1945, a catastrophic event that ultimately killed more than 90,000 people. The second chapter examines the aftermath of the bombing as users walk through the ruins of Hiroshima’s only remaining building, and view authentic artifacts left over from that day.

The third chapter advances to the present day as viewers delve into the madness that ensued as the world raced to develop ever-more nuclear weapons.

The experience seeks to pay tribute to the victims of Hiroshima, while recognizing those currently affected by nuclear weapons testing in today’s fraught geo-political climate, proving that change is possible with the right tools and information.

“The Saul Zaentz Innovation Fund prides itself on elevating and empowering voices that have been ignored, voices that aren’t afraid to push the envelope and explore the complexities of what drives us as a society and as individual beings,” said executive producer and director of the Saul Zaentz Innovation Fund in Film and Media Studies at Johns Hopkins University Annette Porter. We are honored to support and participate in this monumental project.

Tomorrow Never Knows CEO and Executive Producer on the project, Nathan Brown, is quick to note the impact The Day the World Changed will have in bridging the gap between art, education and location-based distribution. This project goes far beyond mere technology or storytelling,Éd; he says. It is important experiences like this that have the potential to open up new markets and audiences to the power of immersive storytelling around the world.Éd;

Tomorrow Never Knowsߣ inaugural feature, the critically-acclaimed ZIKR: A Sufi Revival, premiered at the 2018 Sundance Film Festival, and was later acquired by UK-based distribution company, Dogwoof, becoming the first ever VR documentary to be acquired at a major film festival. 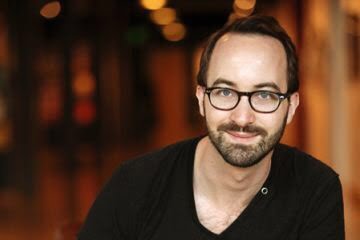 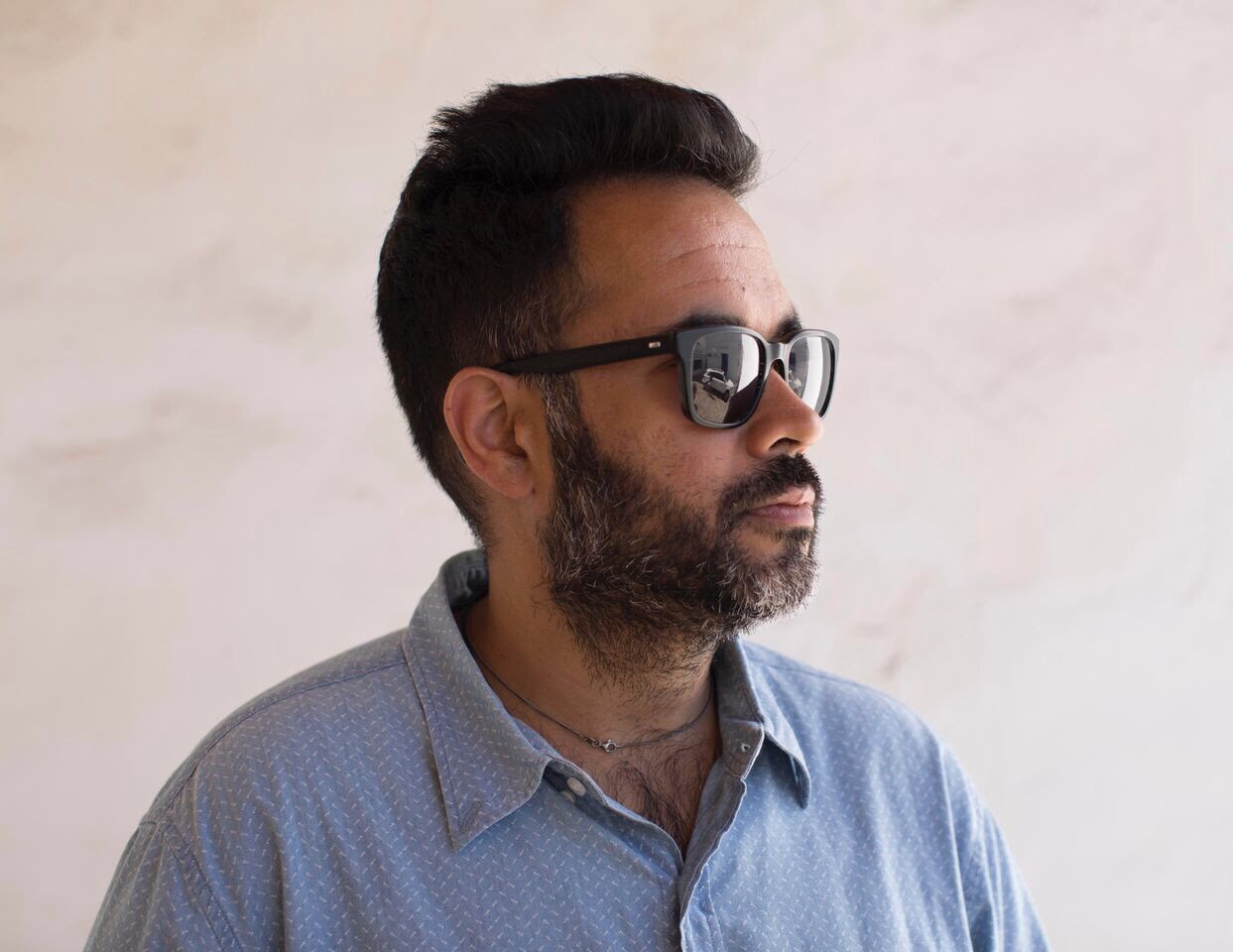 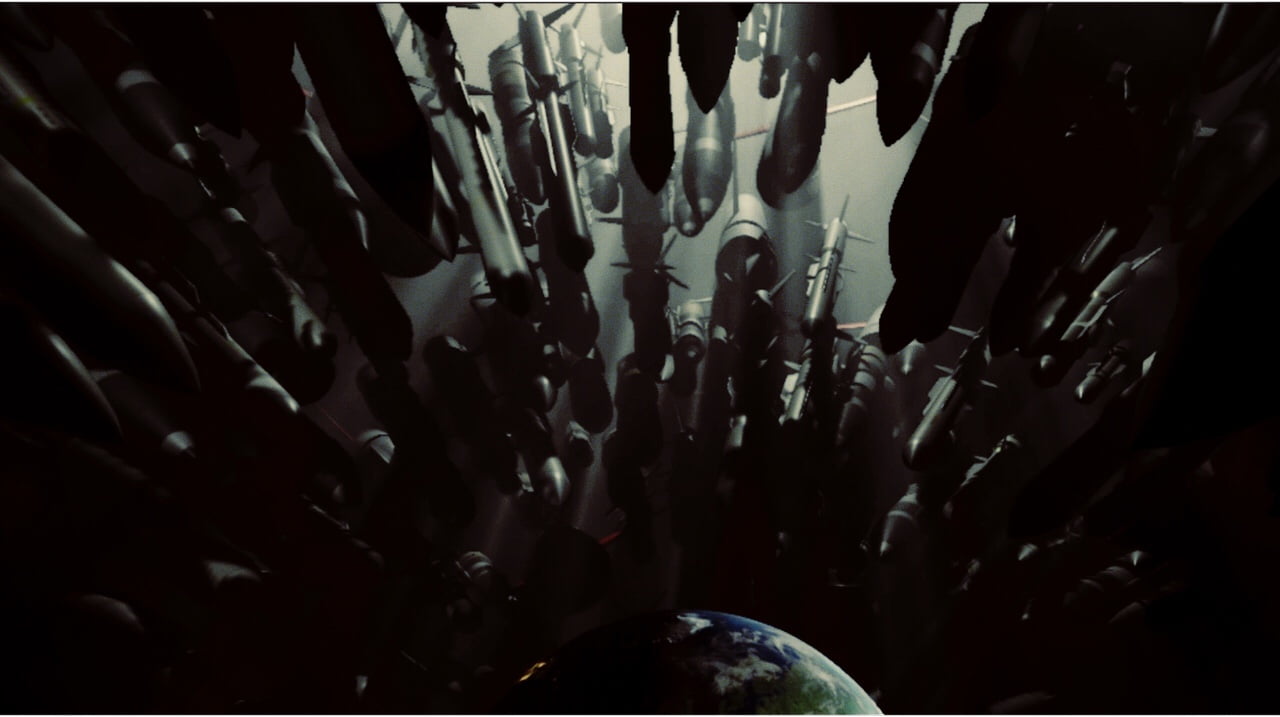