Today, Weedmaps, the largest technology company in the legal cannabis economy, was announced as an official sponsor of the highly anticipated Mike Tyson vs. Roy Jones Jr. fight presented by the viral entertainment platform Triller. Hosted by Mario Lopez, the highly anticipated return of Mike Tyson and Roy Jones Jr. headlines the four-hour live event that will air globally on November 28th at 8:00pm ET, with the three-hour main card beginning at 9:00pm ET on Pay-Per-View.

As the official sponsor, Weedmaps branding will be displayed throughout the event including in the ring, on the screen, during the live broadcast, and in the locker room and press room. Weedmaps will also release an exclusive piece of content narrated by Nas, celebrated rapper and entrepreneur, that takes viewers through powerful events in the nation’s history, celebrating those who stood up to fight for change in systemic racism, cannabis legalization and more.

“Weedmaps is ecstatic to be the official sponsor of Mike Tyson’s highly anticipated return to the ring,” said Juanjo Feijoo, Chief Marketing Officer at Weedmaps. “We recognize this is a huge moment for the broader industry and through this sponsorship, we’re hoping to introduce a new audience to Weedmaps as well as bring attention to some of the important conversations happening around cannabis today. This is just one of many steps we are proactively taking to break down stigmas, promote social equity, and encourage all to join us in the fight for change.”

Founded in 2008, Weedmaps connects consumers to retailers and brands, and advocates for accessible cannabis for all patients and adults. With cannabis legalization moving forward in many states and being widely recognized on the national stage, this first-of-a-kind sponsorship opportunity for Weedmaps is groundbreaking for the cannabis industry.

“By partnering with companies like Weedmaps, Triller helps fight the stigma surrounding the cannabis industry. A night that will go down in history as an iconic moment of athletes, musicians and cultural icons coming together should be sponsored by those who align with our core mission and we look forward to seeing everyone at TysonOnTriller.com,” said Bobby Sarnevesht, Executive Chairman of Triller.

“It feels great to return to the ring after 15 years and I’m thrilled that Weedmaps is the title sponsor of this remarkable moment in my career,” said former professional boxer Mike Tyson. “I’m a proud advocate for cannabis legalization so this partnership with Weedmaps is particularly close to my heart. This is a significant moment for the cannabis industry, and I am committed to doing my part to fight for change.”

The PPV fight card includes Tyson vs. Jones Jr., Jake Paul vs. Nate Robinson, Badou Jack vs. Blake McKernan, and Viddal Riley vs. Rashad Coulter. The memorable night will also include multi-song performances by DaBaby, Lil Wayne, French Montana, Wiz Khalifa and YG. The fight can be ordered on Pay-Per-View through cable and satellite providers and is also available on PPV streaming at www.TysonOnTriller.com. The event is $49.99. 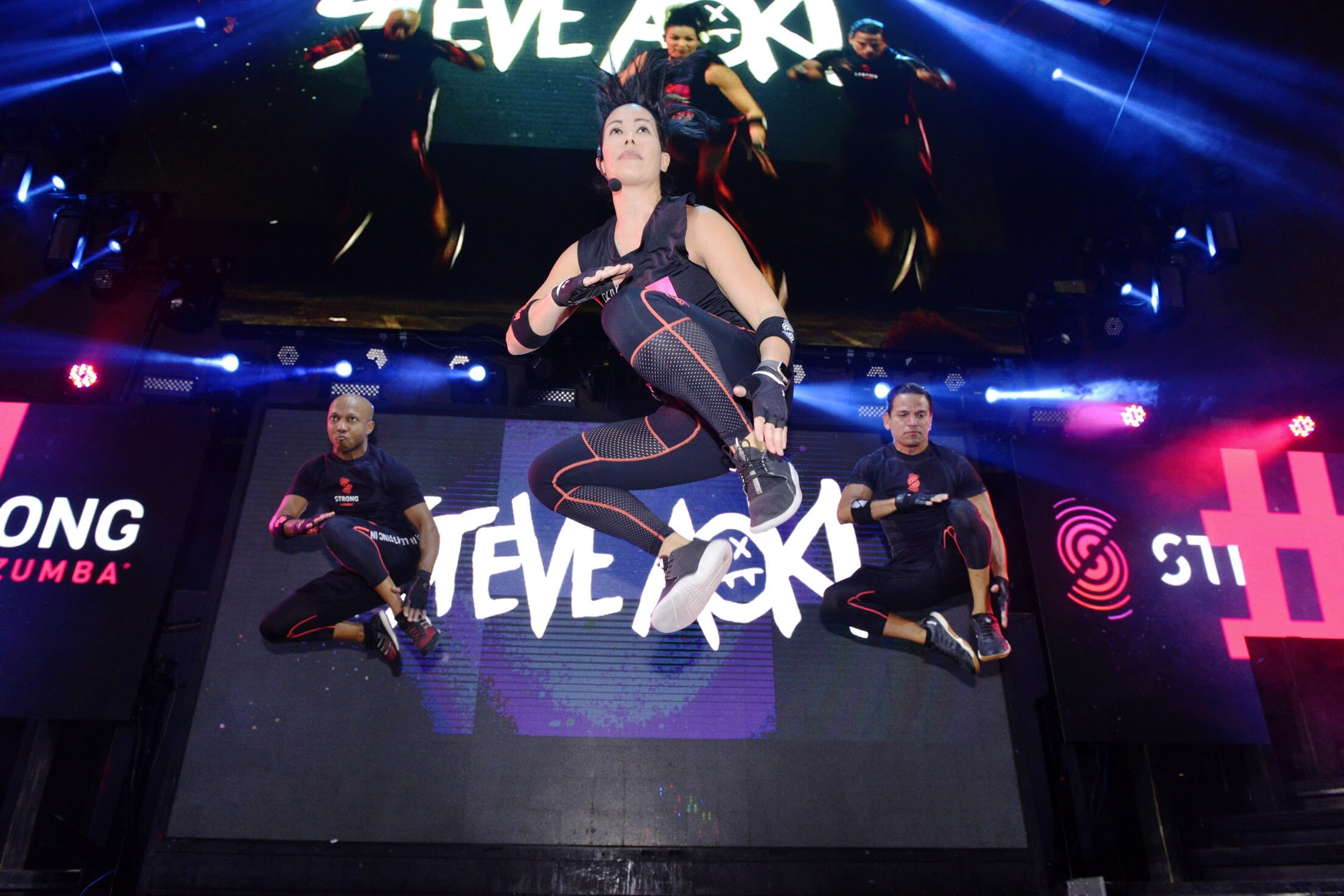 Steve Aoki and STRONG by Zumba, a new music-led, high intensity workout, celebrated their partnership and world premiere of Aoki’s exclusive song for the class at Exchange LA recently. Attendees got a behind-the-scenes look at what happens when a Grammy®-nominated producer and one of the biggest fitness brands in the world collaborate.

The night began with a demonstration of how the brand uses reverse engineering to produce unique music that perfectly syncs to the workout. The demo was followed by a STRONG by Zumba class hosted by top Master Trainers and co-creator Ai Lee Syarief from Switzerland. Aoki’s song, “Champion” debuted exclusively to the class which included, notable influencers and Celebrity TV Host Mario Lopez