What is another way to celebrate your summer without heading down to Splash House? The three day event is closing in this weekend August 10-12 in Palm Springs, so make sure you check it out! With a great lineup of artists awaiting, this has been a highly successful event throughout the years thanks to its dedicated fans. This is definitely a festival you don’t want to miss. The shows are being hosted at the Renaissance, Riviera, and Saguaro hotels, with an afterparty taking place inside the Palm Springs Air Museum, filled with vintage aircrafts. The music festival is hosted along a poolside stage near all three resorts. GA passes come with admission to all three resorts and shuttles running all weekend.

Splash House is a 3 day multi-venue music festival in Palm Springs. Its location sits alongside 3 hotel resorts and with GA passes, you are able to attend all 3 resorts and shuttles. As the name mentions, the venue is filled with fun and swimming pools. The festival runs from June 8-10 & Aug 10-12. More info is listed below: 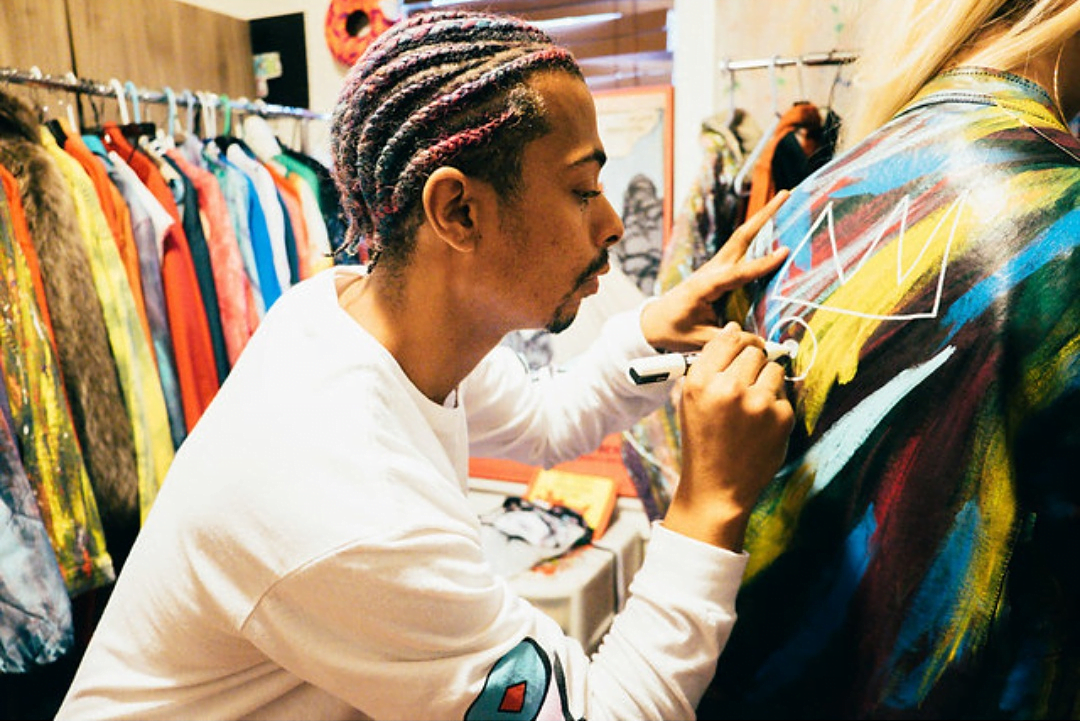 Entering the studio, we were immediately greeted by Michael’s mischievous pig, Mr. Meat, who has become the inspiration behind of some of Smock Me’s upcoming designs. Mr. Meat, the SmockMe pig, has a wardrobe of his own and changes his hair color frequently—check out his Instagram. He definitely takes after his father.

As we talked, I sifted through the many unique designs draped amongst the racks, when one particular jacket caught my eye. The back read, “Fear is Fuel for the Soul.” He walked me outside of his studio to reveal the mantra painted on the wall as well. “I came here with nothing but my backpack.” He explained. 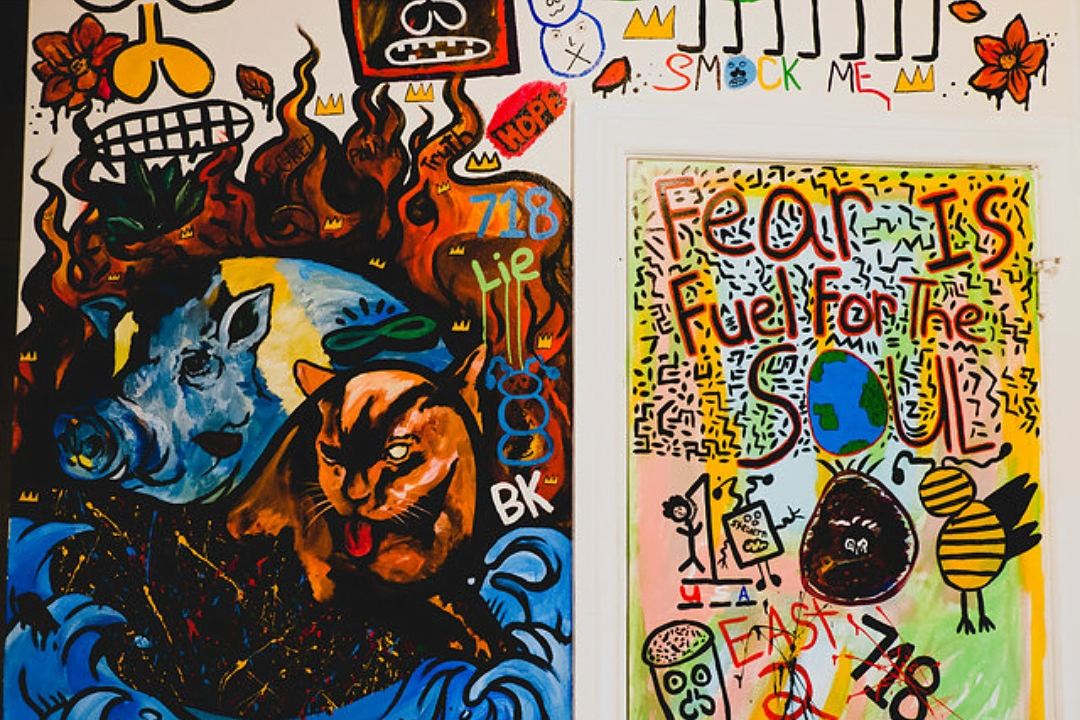 It was eight years ago, after losing both of his parents, that he decided that it was time to immerse himself in a new environment. He packed his backpack, and left for Los Angeles without a plan. He explained how the fear of the unknown propelled him forward on his journey. Without a place to stay, he ran into a friend on his first day in town, who gave him a temporary home as he established himself in his new surroundings. He experimented in acting, but when it failed to inspire him, he began working and designing for a shop on Melrose. He additionally began teaching himself to sew. 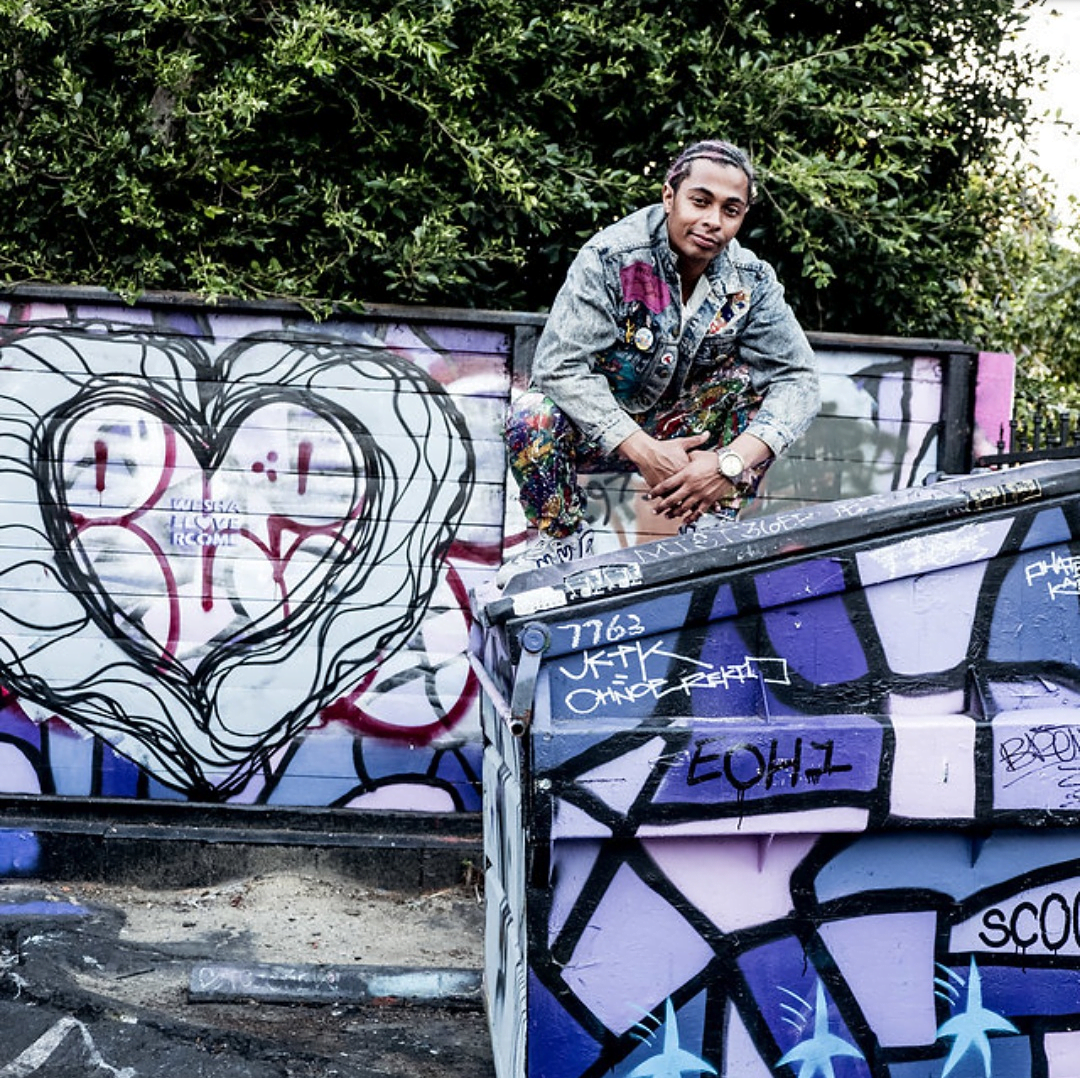 Growing up in the Brooklyn 90’s, Michael has always found inspiration in brands like Iceberg and Coogi. He also finds inspiration in vintage cartoons like Rocco’s Modern Life, CatDog and others that bring his audience feelings childhood nostalgia. Fashion and the expression of dress was always something he admired—specifically, unique pieces that couldn’t be replicated. He was never interested in fashion that felt like something “everyone else was wearing.”

It was three years ago when he designed his first piece. The garment was a second hand jean jacket, which he distressed and customized by attaching some 1930’s Pop-Eye characters from his collection. He placed the jacket in the Melrose storefront where he was working. When almost immediately, a customer recognized the value and uniqueness of the garment, Michael knew he was onto something. He began designing more distinct pieces for himself and his friends, and when they continued to receive a tremendous amount of attention when wearing the garments, Smock Me was born. 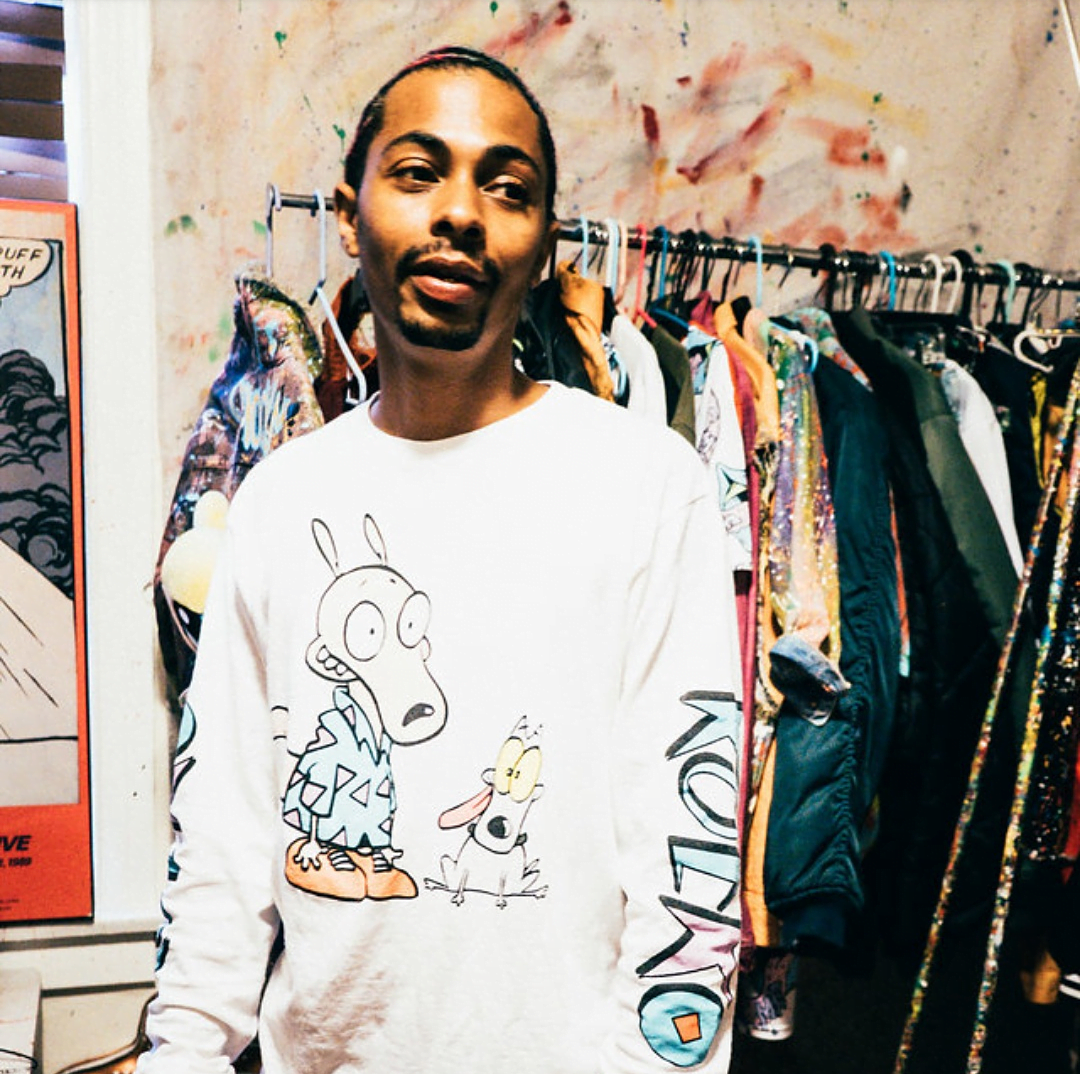 Michael takes pride in the originality of each garment. Each piece is a reflection of the emotion and inspiration that was flowing within him on the moment of creation. While these core pieces can never be replicated, he has begun to incorporate graphic design into his collections. He intends for the Smock Me graphic collection to be similar in exclusivity to his core designs—once released, there will be only a limited amount of each graphic collection available. His first graphic collection will debut during Style Fashion Week Palm Springs.

On April 6th at the Palm Springs Air Museum, guests can look forward to a collection launch which will include Smock Me core, graphic, swim and accessories. Smock Me presented his first collective during New York Fashion Week this past February. This will be his first time showing with Style Fashion Week.

Michael continues to let the unknown guide him in all of his endeavors, creating each moment with the stroke of his brush and letting his intuition lead the way. We look forward to his collection debut at Style Fashion Week, Palm Springs.

Tickets for Smock Me here. 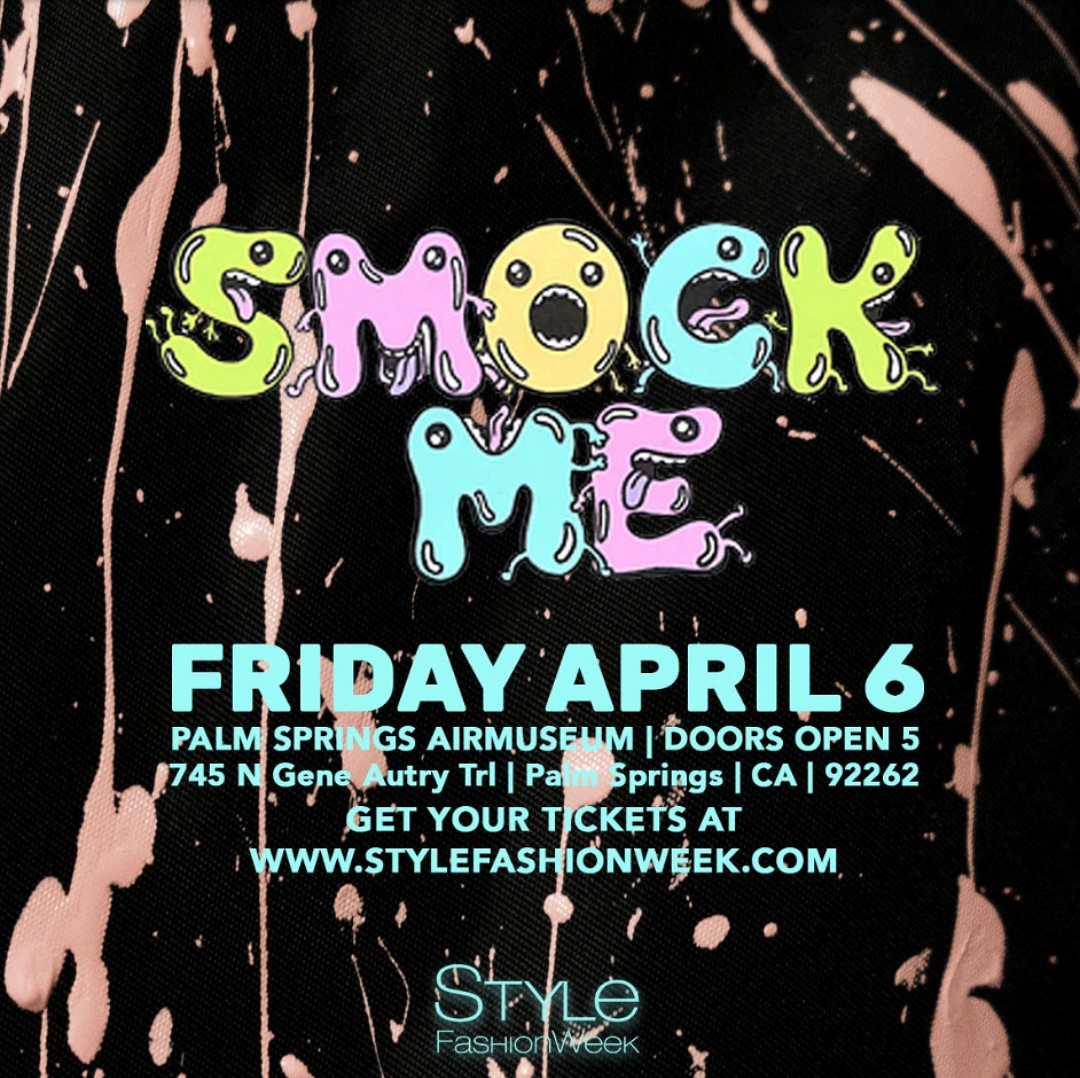