THE TIGERS AND THE SHEEP SQUARE OFF TODAY IN CHAMPIONSHIP GAME 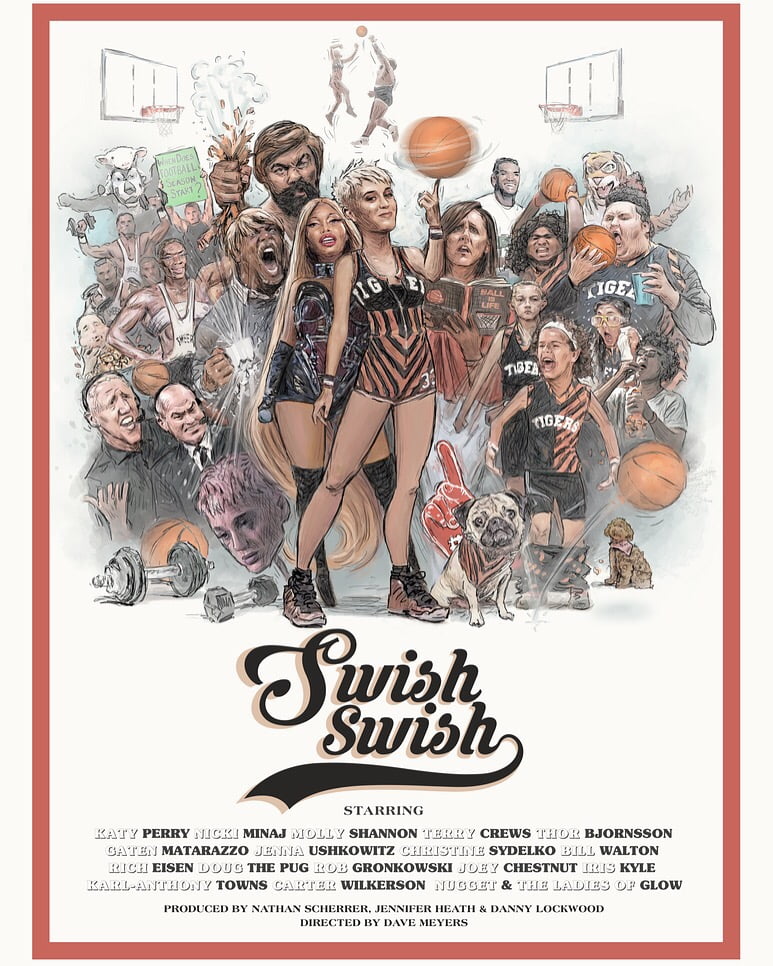 The Tigers square off today against The Sheep for the Championship in one of the most anticipated matchups of the basketball season. Fans can watch the big game online now HERE.

Coaches Molly Shannon (Tigers) and Terry Crews (Sheep) promise this will be a must-see game for basketball fans around the world. Given the stellar season the Sheep have had, some commentators have predicted that this David vs. Goliath competition will be “the hottest mess in history.” However, Katy ‘Kobe’ Perry, Team Captain for the Tigers, remains optimistic, anticipating an epic game where anything can happen. Hafþór Júlíus ‘Thor’ Björnsson, Team Captain for the Sheep, concurred.

Announcers Bill Walton and Rich Eisen will be on hand to deliver the play-by-play. Fans won’t miss a move thanks to Dave Meyers and his production crew, who will be courtside, capturing all the action. The game marks the GRAMMY® Award-winning video director’s first foray into sports broadcasting.

Both the Tigers and the Sheep have welcomed new players from other walks of life, as reflected in the draft recaps below. Some of the picks proved bewildering for announcer Bill Walton, who asked incredulously, “Where do they find these people?”

Viewers will be treated to an unforgettable halftime performance by Nicki Minaj, who is featured on Katy Perry‘s new hit single, “Swish Swish,” from the album Witness. With its nod to basketball, “Swish Swish” has been selected as the theme song for the big game and it will appear in the broadcast sponsor “Just Dance 2018” video game, launching on October 24. In the event of a Tigers win, will “Backpack Kid” Russell Horning break out his famed move in a victory dance?

Sheep cheerleading squad – Sydelle Noel, Britney Young, Kia Stevens, Jackie Tohn and Ellen Wong – will also take to the court, bringing a special “GLOW” to the event. The box office has been inundated with ticket requests from celebrities, sports figures and other influencers. Crowd-watchers are likely to spot Joey Chestnut (ranked #1 competitive eater in the world), the Minnesota Timberwolves’ Karl-Anthony Towns, the Patriots’ Rob Gronkowski, retweet legend Carter Wilkerson of (#NuggsForCarter fame) and canines Nugget, who stars in a new Citi Double Cash card campaign, and Doug The Pug, the king of pop culture and subject of a New York Times bestseller.