It’s been a stressful 18 months. With travel restrictions eased, the boutique Naia Resort and Spa invites luxury travelers to its 200-acre beachfront reserve to take a deep breath, relax and recharge with a variety of packages designed to bring your Zen back.

Located in the low-key fishing village of Placencia, Naia Resort and Spa focuses on authentic wellness, with one of the top spas in the country featuring over-water treatment rooms. Belizean culture is fused into everything from spa treatments to the resort’s décor, cuisine, and excursions. This fall Naia has crafted these turnkey vacations for discerning travelers:

Total Relaxation Honeymoon-Brides Magazine named Naia the most romantic destination in the Caribbean, and with this six-night package, honeymoon couples can celebrate their bliss with highlights like a private beach dinner and special spa day.

Forever Friends Girls Getaway-You and your best gal pals will enjoy a beachfront home with a private plunge pool, spa treatments, daily local drinks, and plenty of girl time on the beach.

Ultimate All–Inclusive-Simply book this 4-night experience, show up, and relax. Everything is planned for you.

Waves and Wonder-This 7-night experience combines the best of all worlds for nature lovers with a jungle experience at our partner resort, Sleeping Giant Rainforest Lodge, and a seaside escape at Naia. Expect cave tubing, zip-lining, and cultural tours paired with barefoot relaxation and water activities.

Caribbean Beach & Inland Adventures-Combine a stay at the Chaa Creek Eco-luxe resort to explore Mayan ruins and the jungle landscape with a beachfront getaway at Naia focused on water sports, spa services, and relaxation.

Spa Day-Dedicate a day to pampering with the Alone Time Spa Day or Couples Retreat. Each includes spa services and a Belizean cuisine-based lunch.

Disney and Allure Bridal have joined forces to create a line of Disney-themed wedding dresses to “[turn] fairy tale dreams into reality for brides.”  The dresses, says the Allure Bridals website, “capture the style and spirit of Disney Princess characters.”

But hold on…why, exactly, would a bride want to be a princess in a fairy tale marriage?

Men Should Have Agency and Power, Women Should Be Kind and Weak

In many fairy tales, a beautiful kind woman is abused, often by a witch or stepmother, and then saved by a prince or king who whisks her away to his kingdom where they marry shortly thereafter.  What’s implicit in many of these stories is that the partners are not equal in power, agency or status. For example, Cinderella brings her good looks and a kind heart to the relationship whereas the prince brings wealth, power and a high-status position. Thus, fairy tales tell men and women that they should not be looking for their equal.

Marrying up is not without its flaws. When male characters marry royalty, 100% of the time it’s the result of their actions—feats of bravery, defeating armies, and killing giants. However, female characters marry royalty most of the time because they’re beautiful.  Thus, fairy tales tell women to focus on their appearance and tell men to focus on being smart and brave.

Only Evil Women Have Control Over Their Lives

Interestingly the female characters in fairy tales who have power are stepmothers and witches.  Characters like Cinderella’s stepmother, the witch in Hansel and Gretel and many other nefarious female characters are the females who are powerful.  These stories suggest that power is the province of good men (princes and kings) or evil women (witches and stepmothers).

Not surprisingly, male and female royalty have different emotions in fairy tale marriages. Queens are the characters who tell us about what it’s like being married to royalty: they are accused of terrible crimes by other women who long to take their place, or it’s the woman’s mother in law who is trying to get her removed. In these stories, the king determines her fate and many queens are banished or given death sentences.

So, have a fairy tale wedding and feel free to wear a princess dress.  Just be wary about how fairy tales and the implicit assumptions they carry about equality, desirable attributes in a spouse, and power don’t lead to happily ever after—even in fairy tale land.

Anne E. Beall, PhD is the CEO and Founder of Beall Research, Inc, a consulting firm that uses data and research to discover trends and create solutions for Fortune 500 companies. Author of Cinderella Did Not Live Happily Ever After and 7 other books on fairy tales, gender dynamics, human-animal relations, and market research, Anne previously worked for the Boston Consulting Group (BCG). She received her MS, MPhil, and PhD from Yale University. A lover of cats, storytelling, and walking, Anne lives in Chicago.

When it comes to choosing a wedding dress, today’s brides are living their best life and opting for function over formality.

Still a trending feature in bridal, pockets bring a cool and contemporary vibe, even to the most formal of gowns.

From traditional floor-length gowns to short dresses and jumpsuits, this French designer runs the gamut. 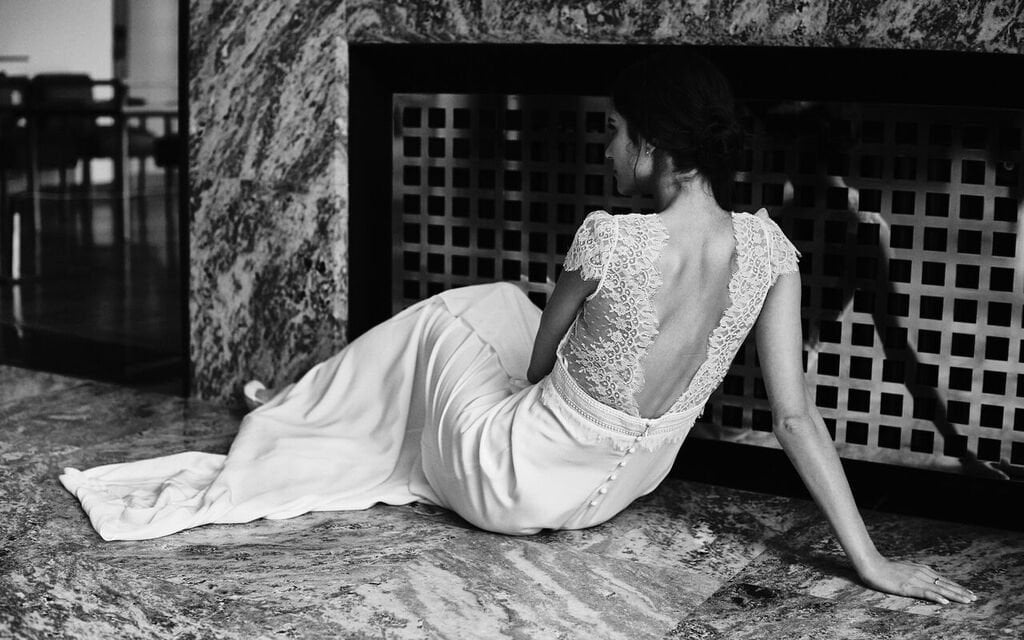 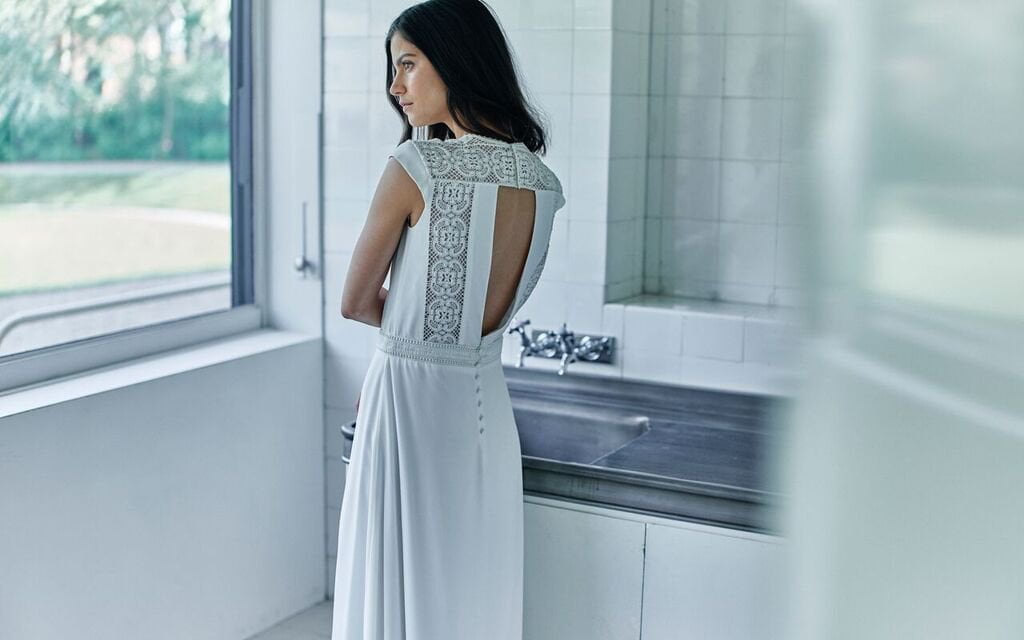 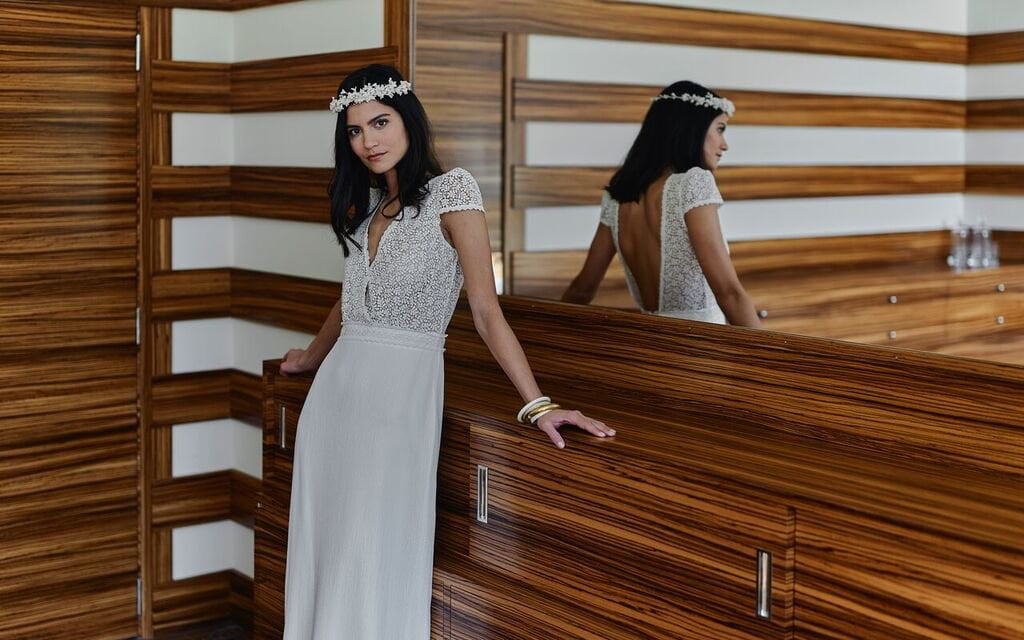 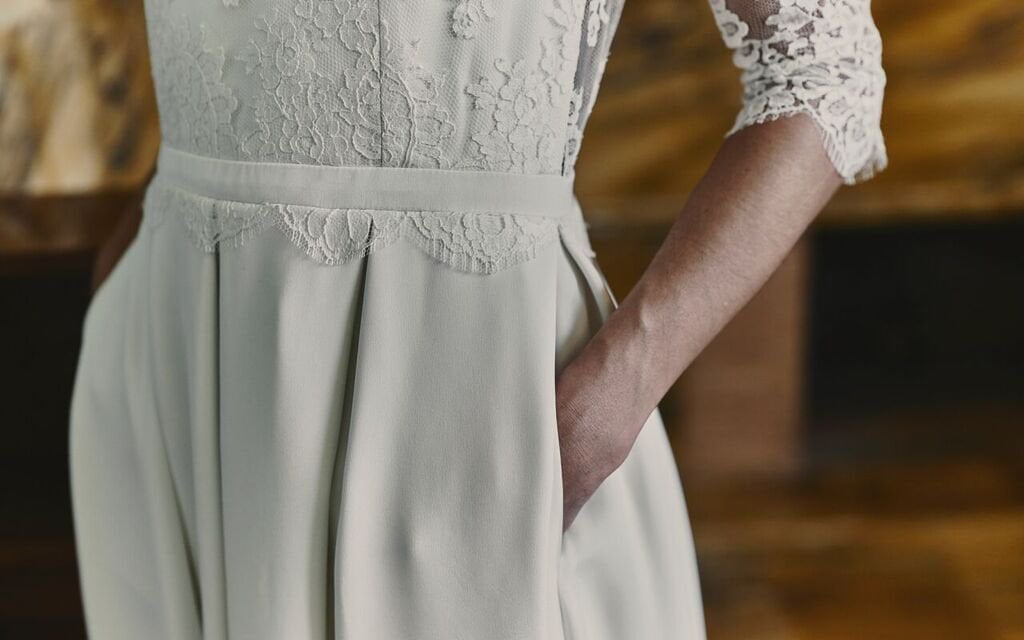 For the bride searching for an ensemble that is both elegant and effortless, look no further than Rime Arodaky. 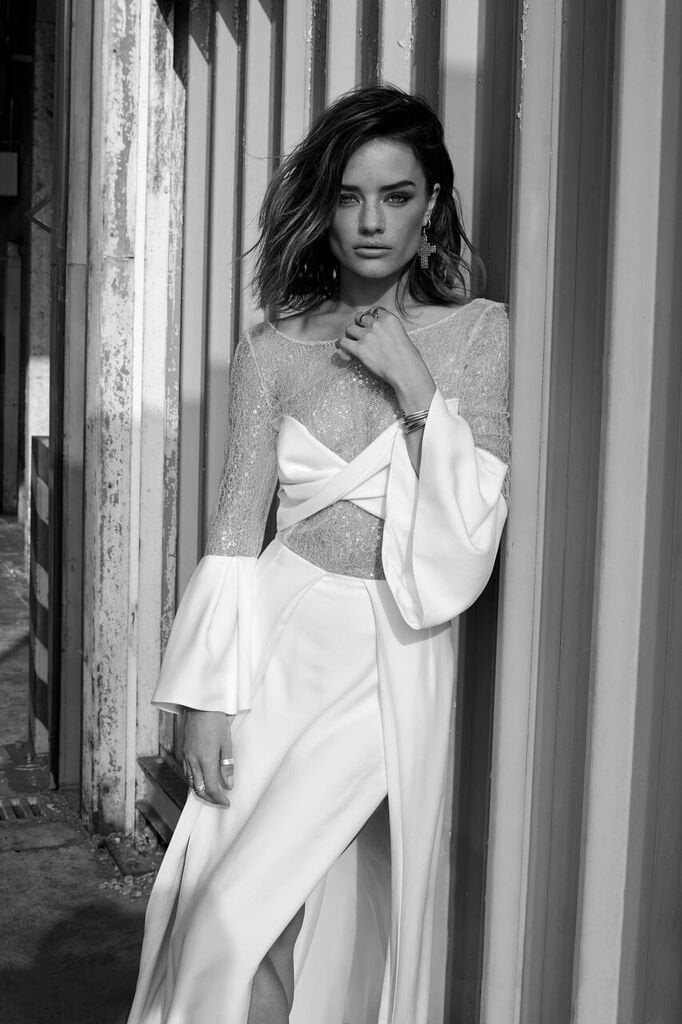 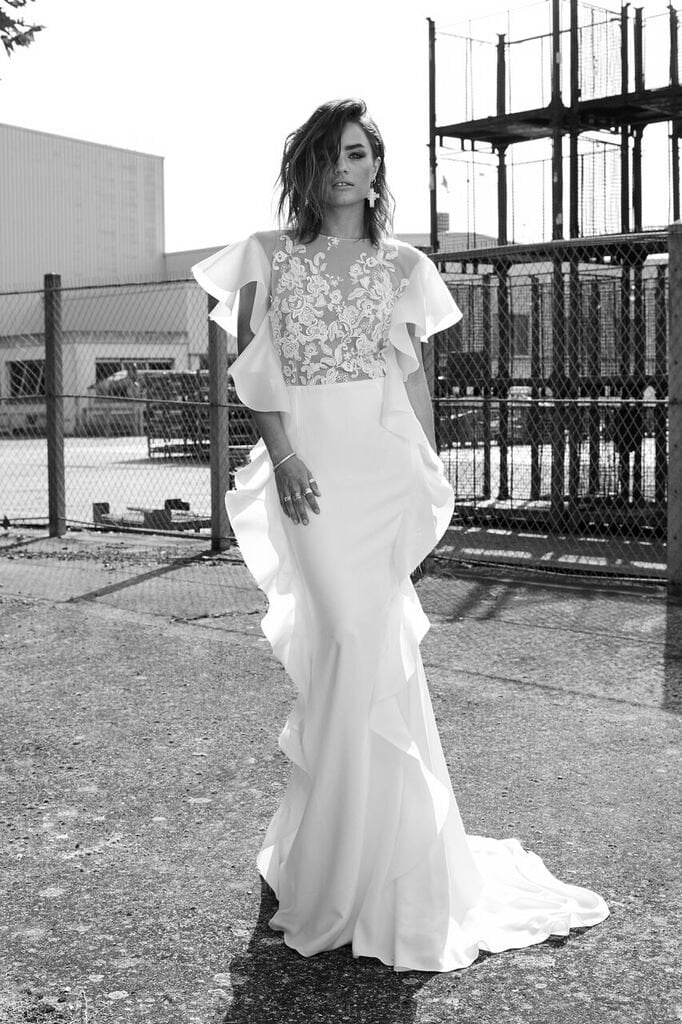 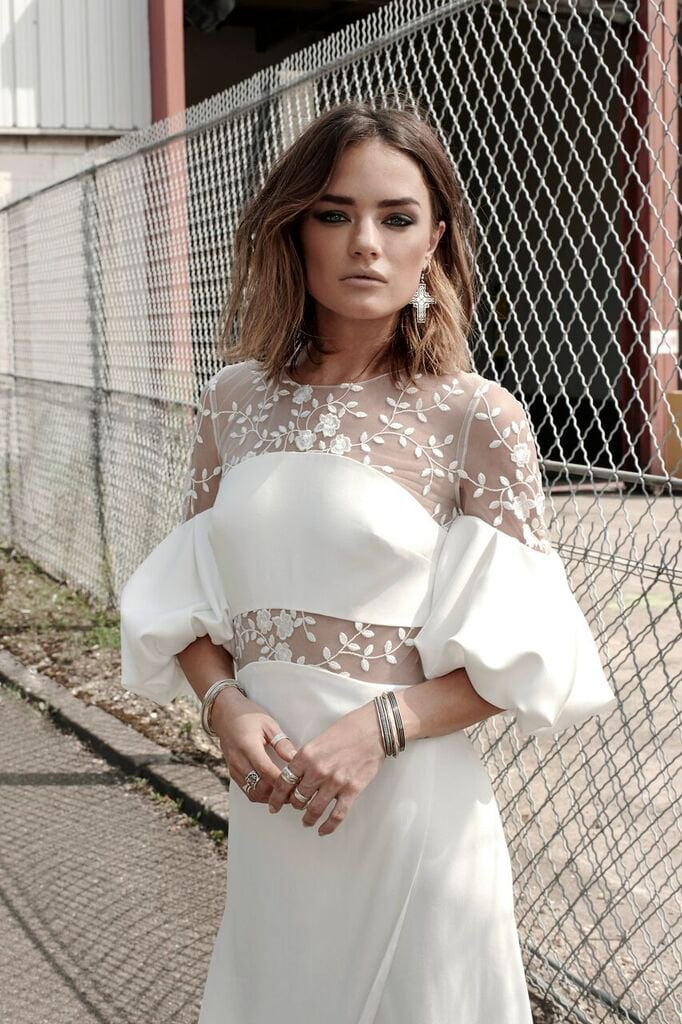 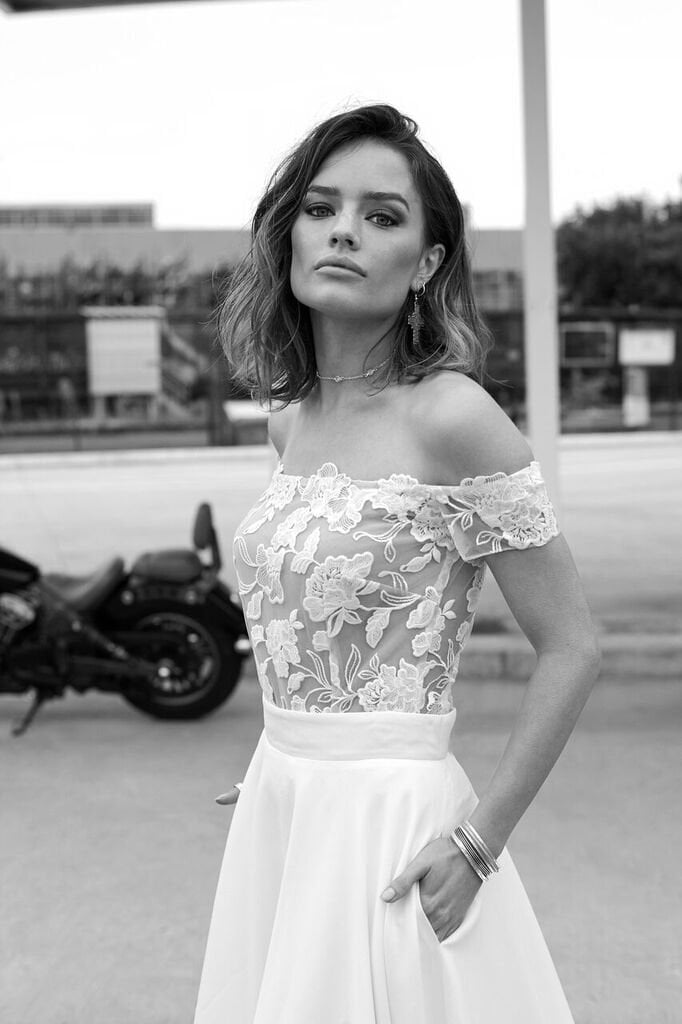 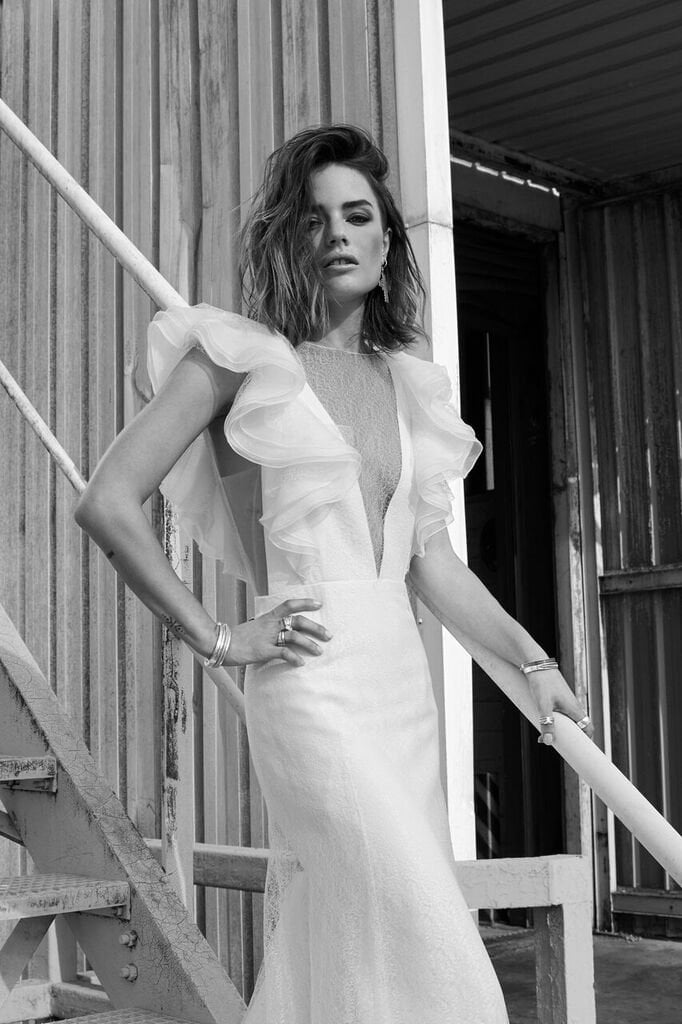 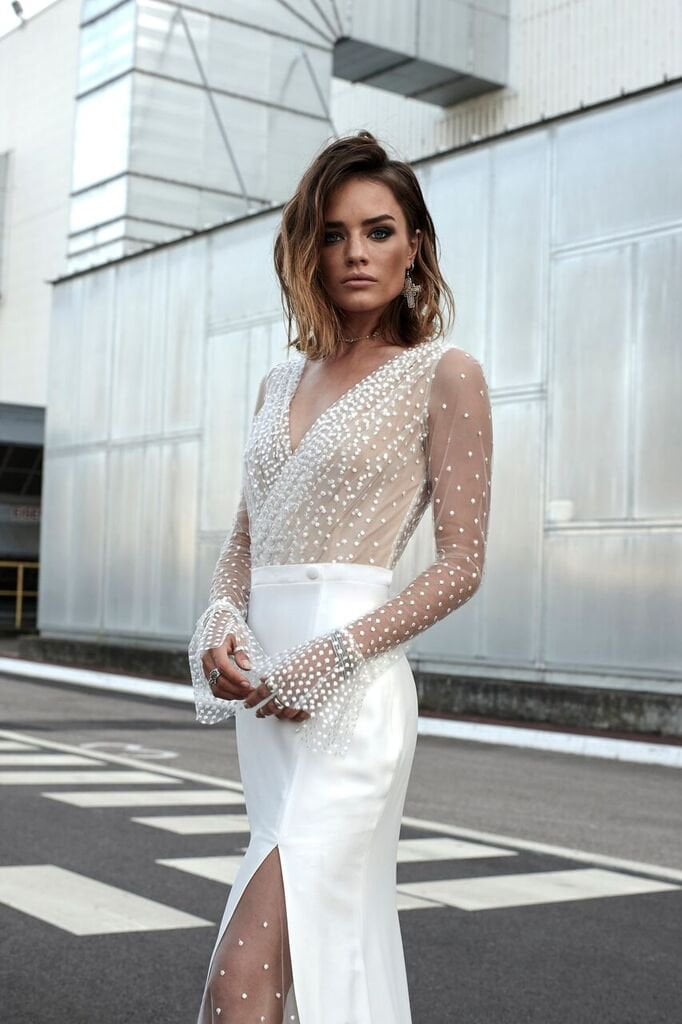 From the aisle to the dancefloor, Wtoo by Watters has got you covered with wedding day attire that’s chic and modern. 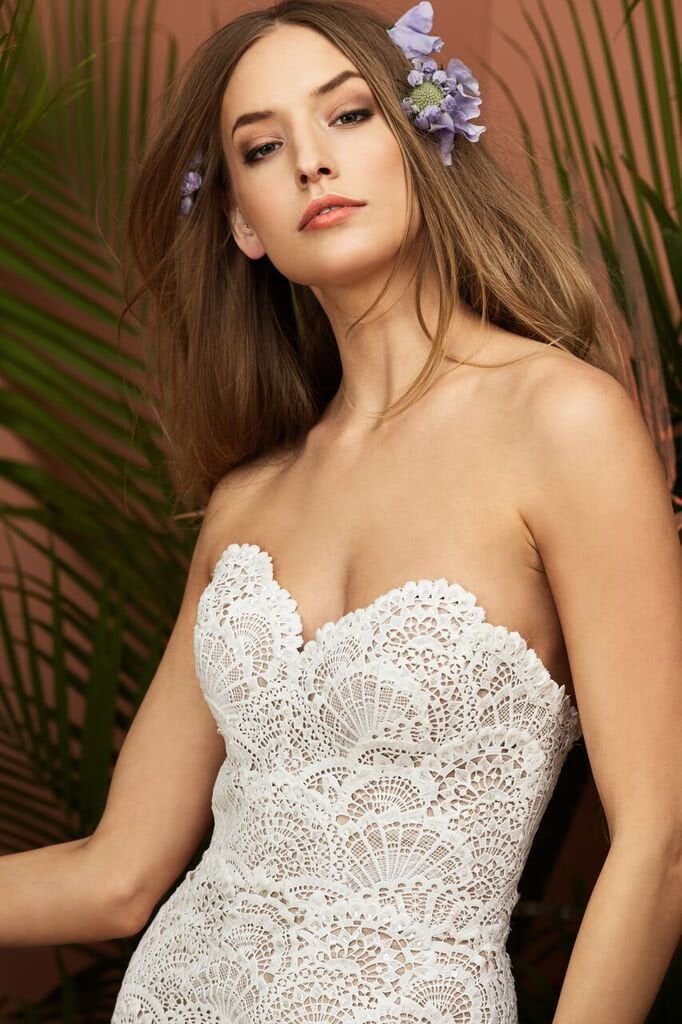 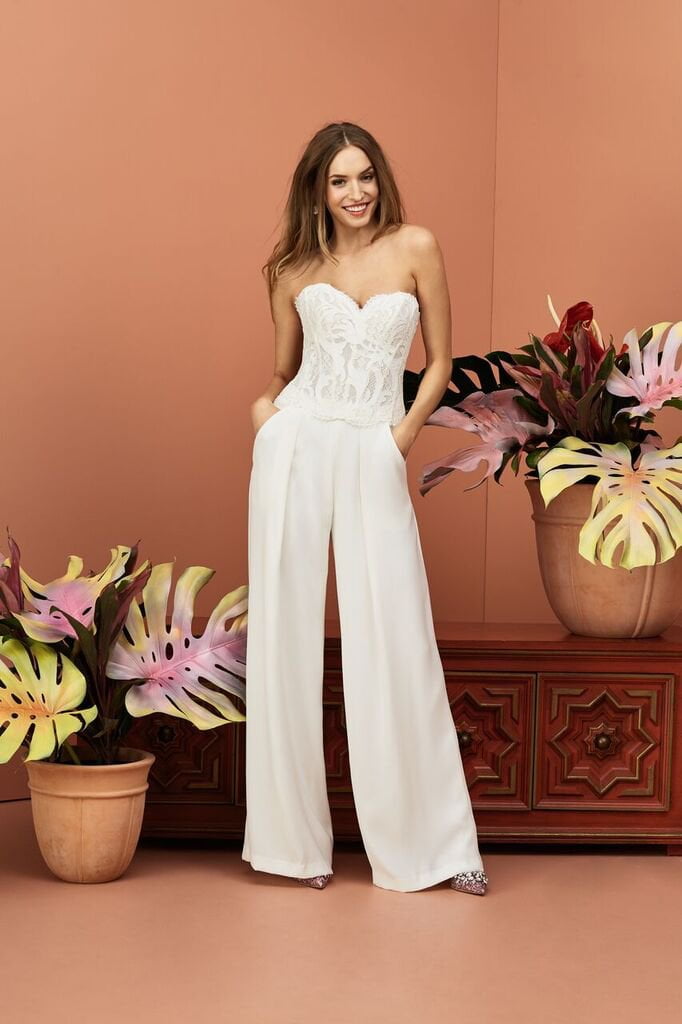 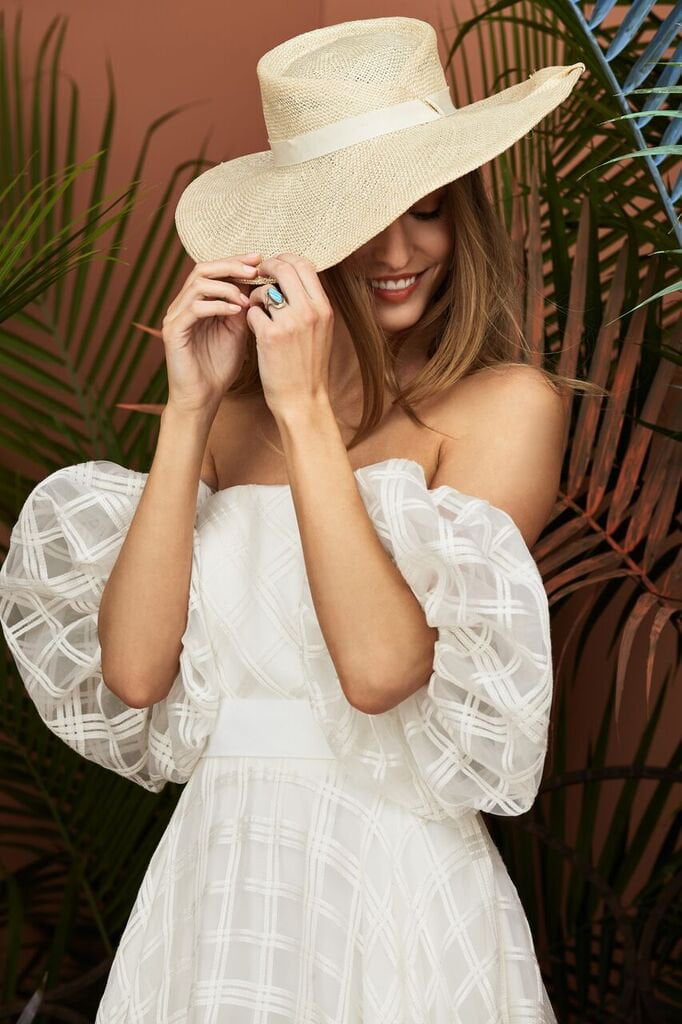 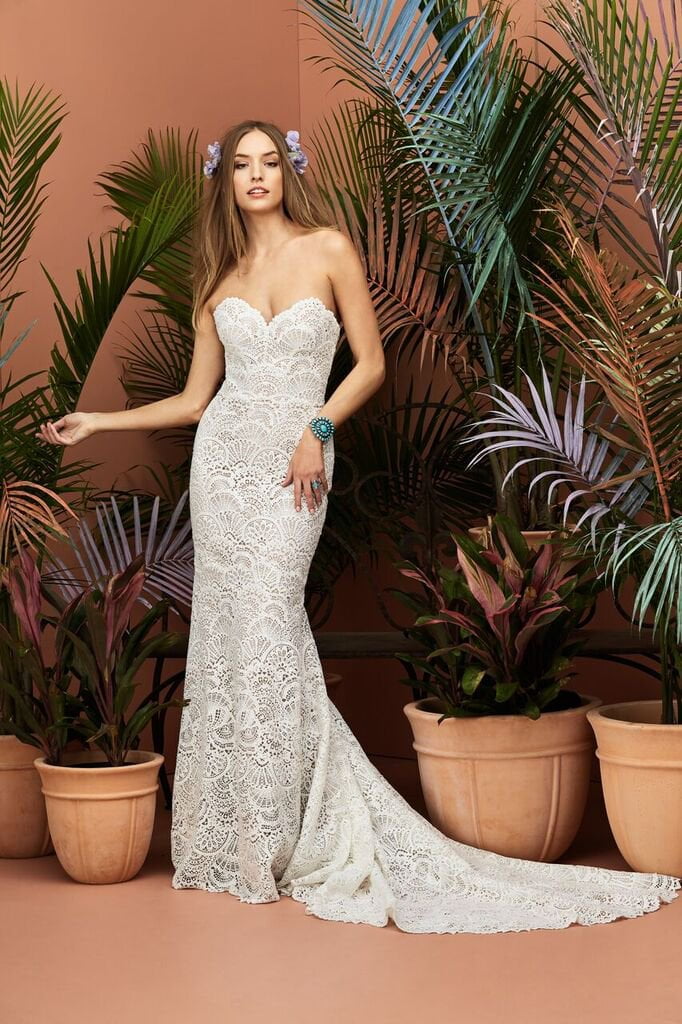 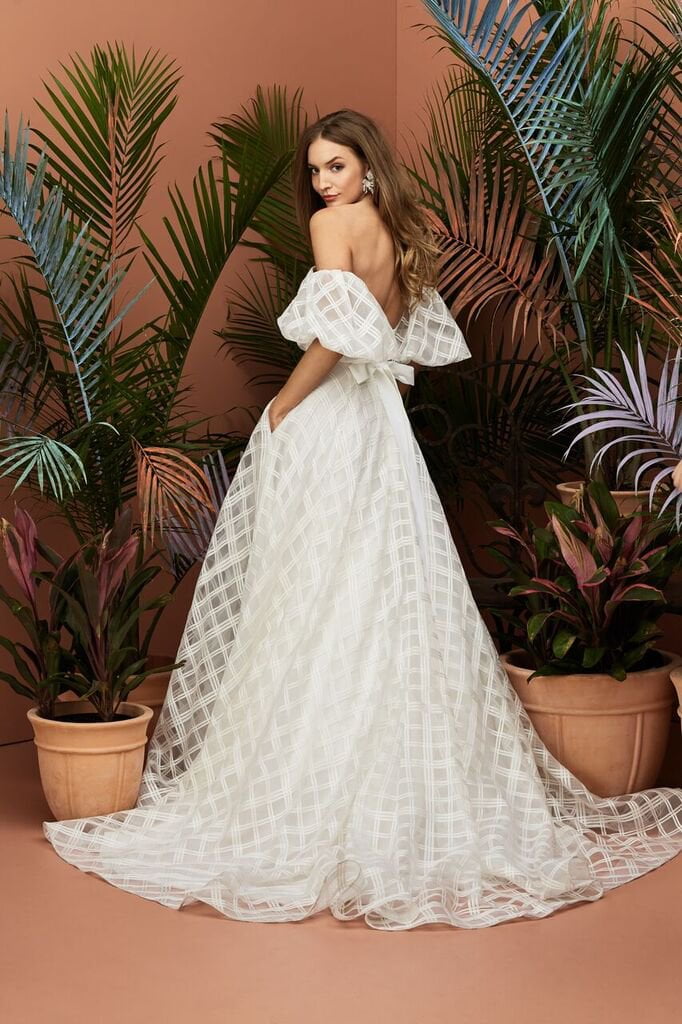 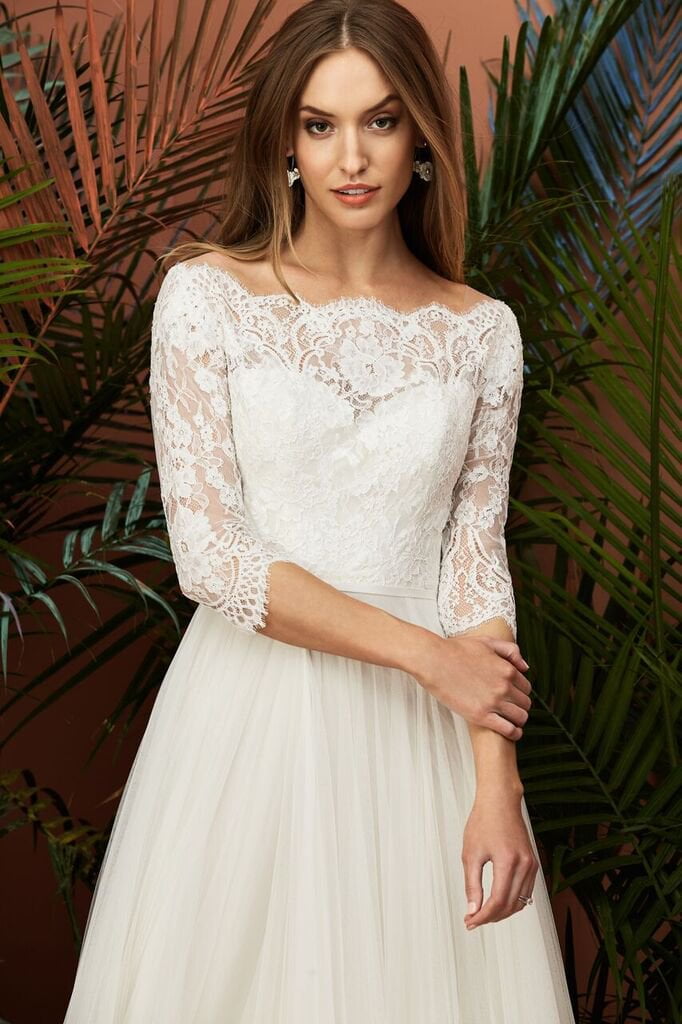 Sometimes, less is more – we love these simple and feminine silhouettes by this NY-based designer. 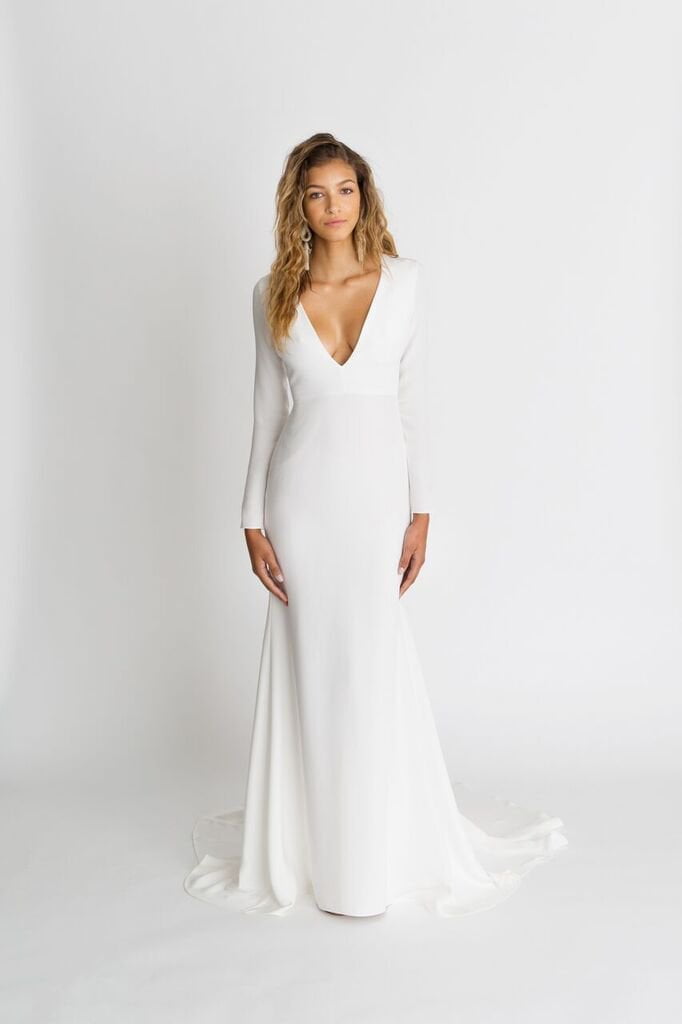 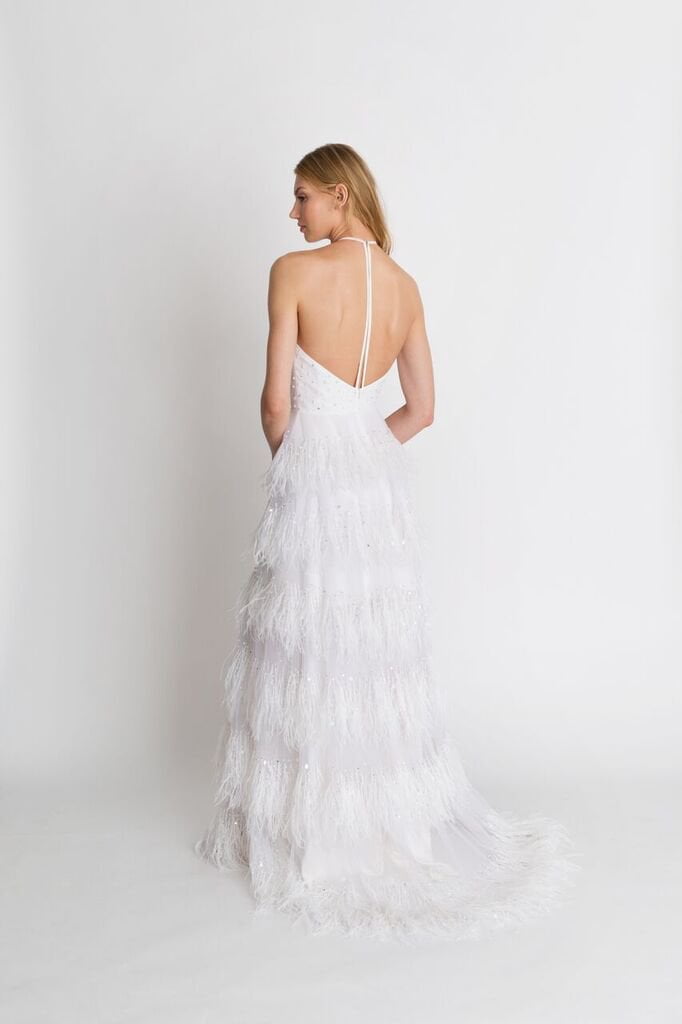 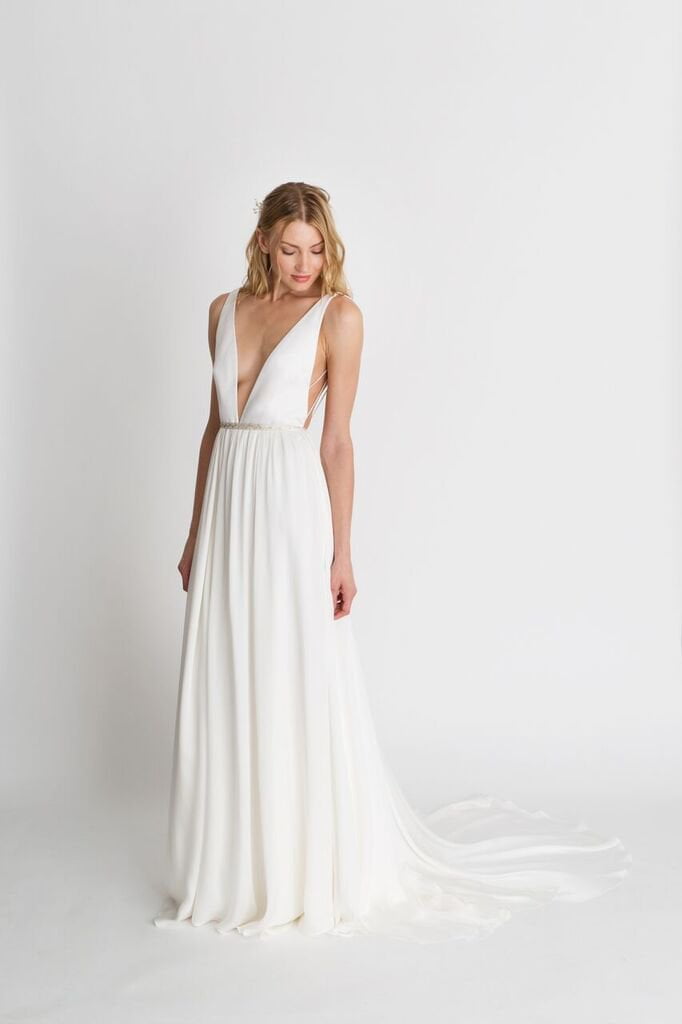 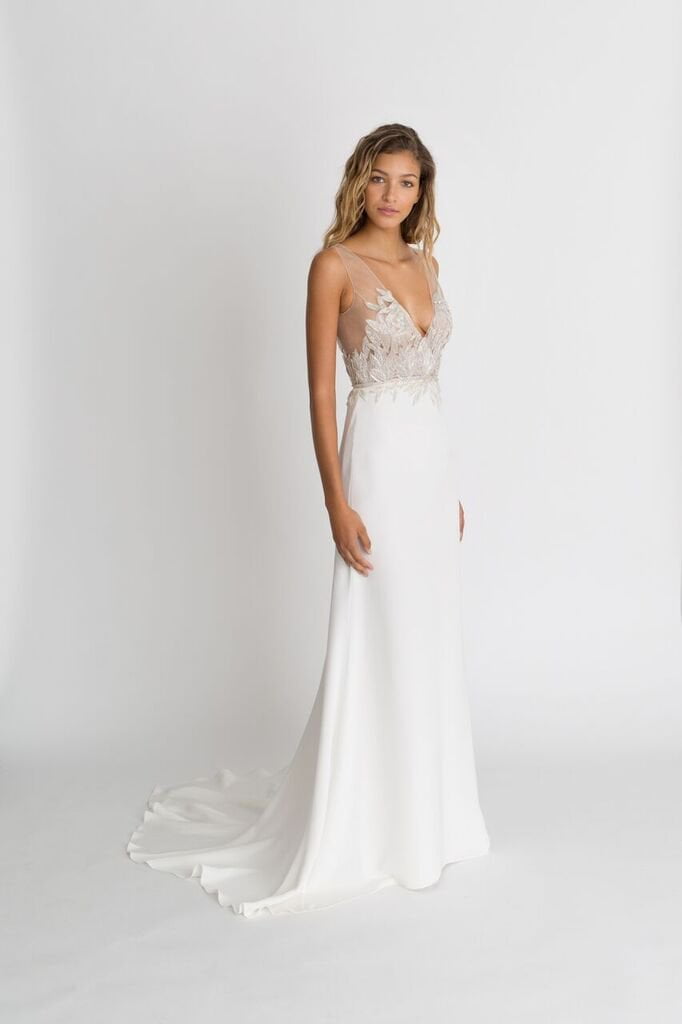 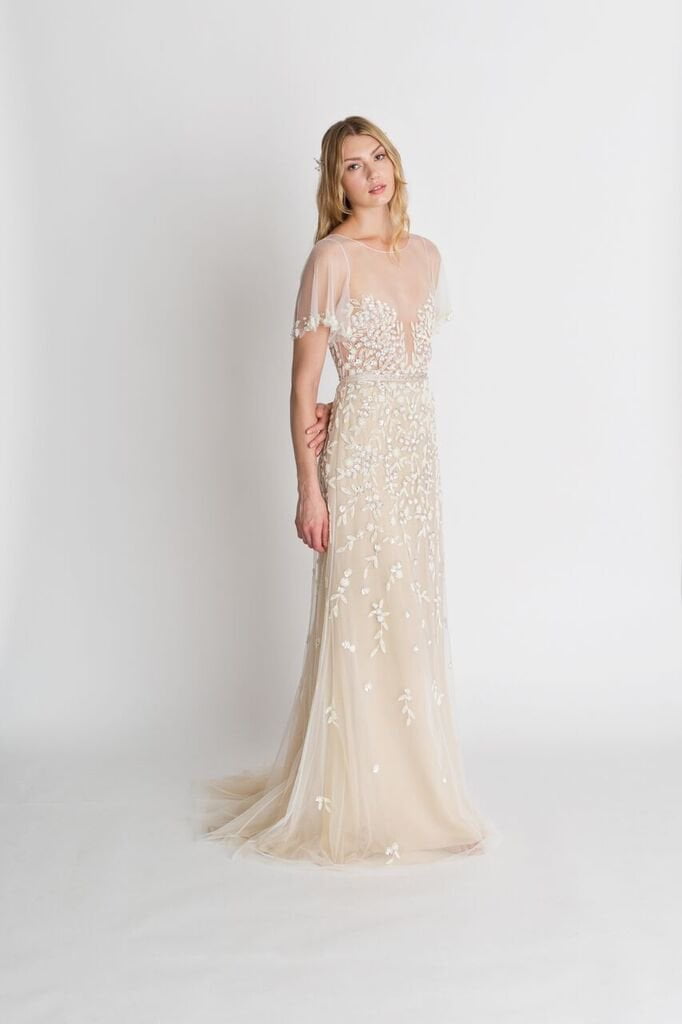 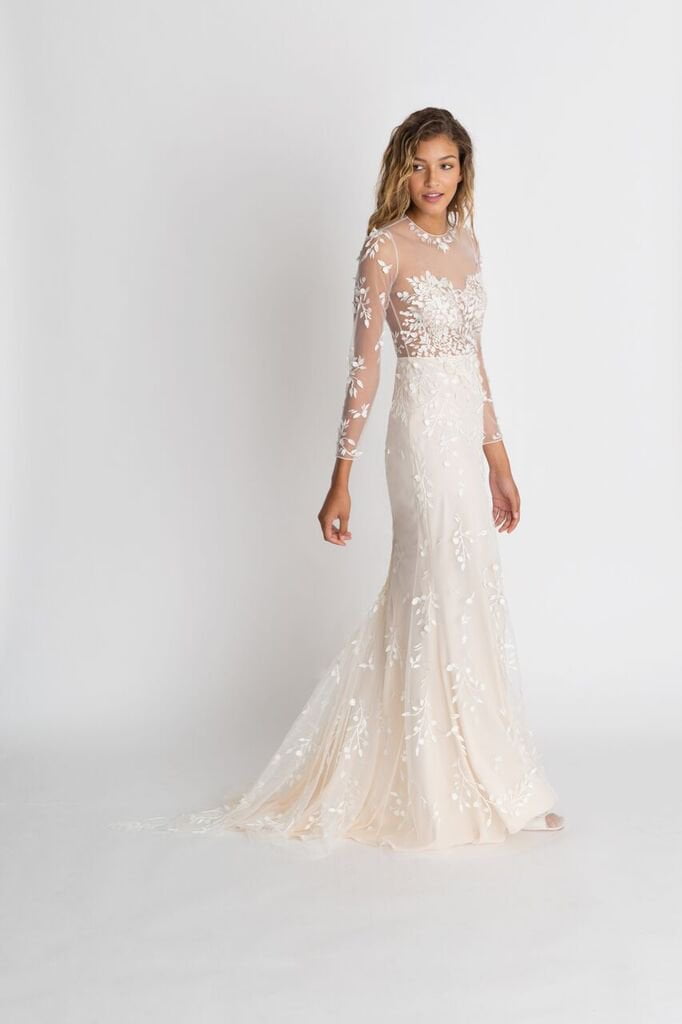 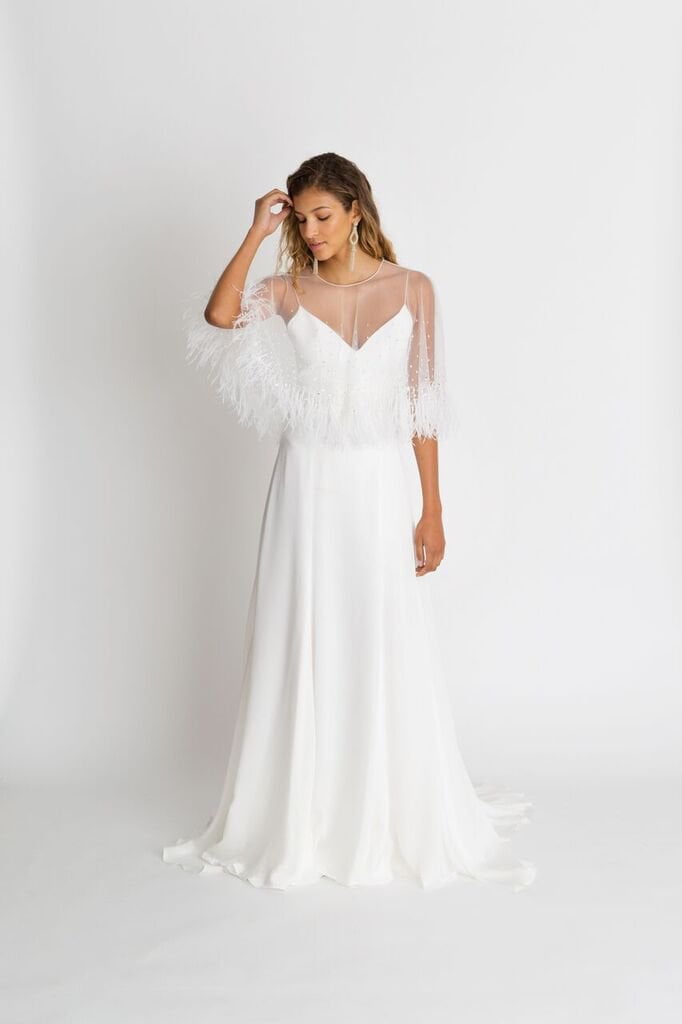