On August 4, 2022, Kelow LaTesha has announced the forthcoming release of her eagerly-awaited new EP, TURBO due out in partnership with SoundCloud. Arriving on August 19, TURBO, in short for turbulence, takes listeners on a ride that provides a front-and-center look at Kelow‘s trials, triumphs and transformative experiences that have led her to stand tall as the woman she is today.

In addition to being named part of First on SoundCloud‘s 2022 artist class, earlier this year Kelow LaTesha launched a partnership with SoundCloud to bring her career to the next level. She shared the news with fans today on her social channels.

Since launching the partnership, Kelow is rapidly on the rise – she’s been featured in Vibe, HipHopDX, Earmilk, and XXL‘s “Best New Hip-Hop Songs,” and recently released tracks have earned placements on coveted playlists across major platforms, including Apple Music‘s “New in Hip-Hop,” Spotify’s “New Joints,” Tidal’s “Rising” and others.

Taking an all gas no breaks approach on the road to TURBO, Kelow‘s latest singles “He Ain’t Mine” featuring Asian Doll, “Titanic” featuring Goonew, and “Genius” all, in their own right, have quickly become stand-out releases for the DMV-bred artist. Released last month, “He Ain’t Mine” received co-signs as the ‘Best in Hip Hop’ for the week from outlets such as XXL, UPROXX, SOHH and more

Kelow continues her triumphant run as she paves the way to deliver what is set to be one of the most discussed projects of the year.

Forget about the stigmas, labels, ideologies and pre-determinations of today’s hip-hop artists, because when you meet Kelow LaTesha, none of the industry standards apply. Born and raised in Prince George’s County, Maryland, the imaginative artist has had the desire to create since she was a child, where she often expressed herself through painting and music. Since then, Kelow has ascended to become a dynamic fixture on the rap scene with the uncanny ability to transport her fans both sonically and visually with a thoughtfully crafted aesthetic.

Kelow garnered acclaim and a range of fans thanks to her definitive album TSA which was released in 2019 followed closely by TSA Deluxe in 2020. Songs like “PowerPuff Girls,” “Hammer Time,” and “The Real Deal,” showed off her ability to transcend genres and consistently innovate.

Prior to the release of TSA, Kelow delivered singles and visuals as a creative director under the name BUTTA, opening up for acts like Metro Boomin. She also built buzz with the success of her EP Amethyst Stoner and its adrenaline-fuelled tune “Finna” that became a viral hit on SoundCloud. “Finna” was later transformed into a charismatic remix featuring Lil Uzi Vert.

Kelow is in the business of making music that moves you, makes you feel good and connects people. Her upcoming project Turbo is set for release in 2022. This is just the beginning.

360 Magazine Culture Editor, Tom Wilmer reports on the numerous glitches in the process of traveling safe in the air.

The day before I checked in for an early morning flight to Austin, Texas via SFO and Houston, United Airlines was advertising their promise to maintain empty middle-seat flights. But something went haywire at United overnight, as two of my three flights to Austin were packed to the gills with most middle seats occupied—it would have been all three flights, but I was upgraded to first on one leg.

When I checked in for my flight, a notice popped up on my phone from United informing me that it would be a fairly full flight and they offered alternative flights as an option. Nice gesture but rerouting would have entailed a delay until the following day to get to my destination—with no guarantee that the alternate flight option would have blocked middle seats. 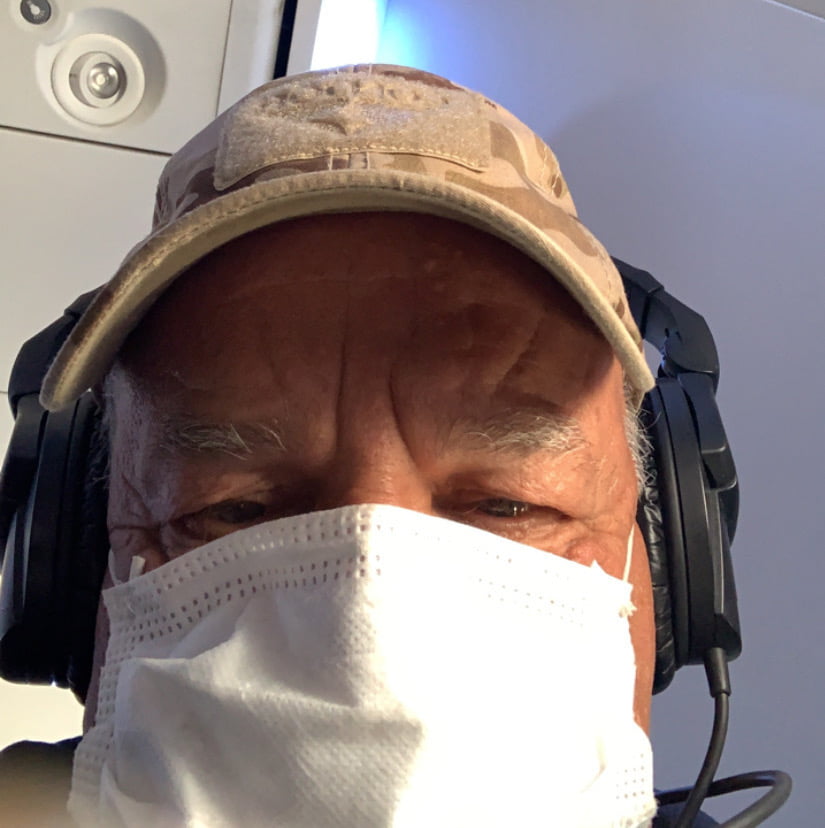 As of this writing, virtually all airlines proudly tout mandatory mask requirements for all passengers—but while en route onboard my flights, the dutiful masked passengers dropped their face coverings as flight attendants dispensed beverages (water) and cookies. So there I was, mere inches from my seat mate, both of us doing our duty, wearing our masks – but now protecting only our chins, from the evil, invisible germ. And throughout the cabin it was the same, basically mask-less, scene.

Arriving at Austin/Bergstrom’s TSA cattle chutes, Social-Distancing sticker reminders adorned the concrete floor, every six feet…and the queued-up passengers were actually compliant in their attempts to maintain their distance — that is until we were flagged past the TSA ticket/identification checker. As passengers queued up to take shoes off, extract make-up bags, computers etc., they suddenly, randomly squished frantically up to within three or four inches from one another. 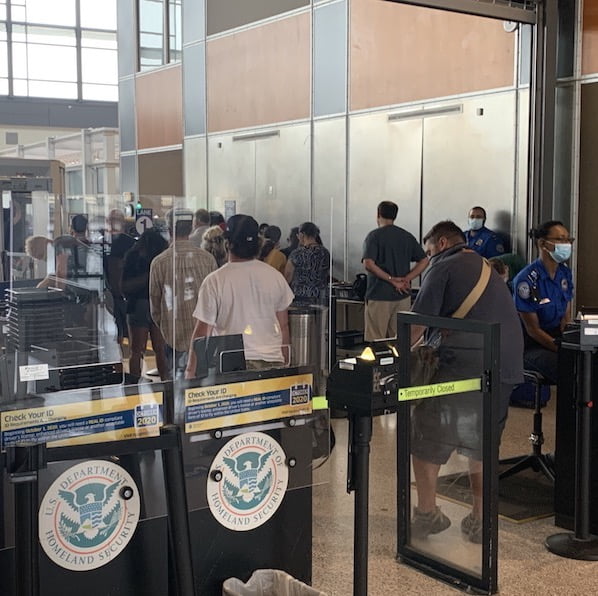 Throughout this collapse of proper social distancing, TSA workers ignored the traffic jamb and continued barking out reminders to remove laptops etc., from bags—but zero, zippo, nada, commands were interjected to maintain proper social distancing as the jumbled-up passengers squished toward the x-ray bag tunnel and body scanner.

Transiting through Denver’s DIA Airport, gaggles of Boulderites, and Denverians dutifully and proudly wore their masks. However, salted in to the hord of obedient, transiting passengers were the all-too-frequent mask less rogues with chins held high and chests puffed out proudly. 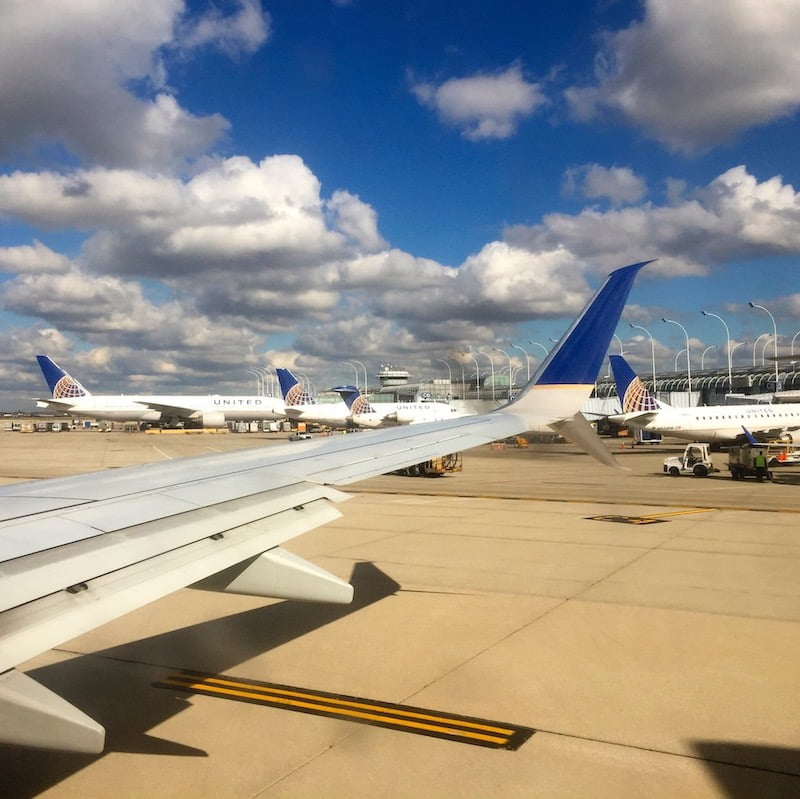 The reality of traveling by air today is akin to rush hour commuting by automobile. One moment you’re flowing along at a comfortably safe, even clip while maintaining a proper distance between you and the car ahead. A split second later the flow of traffic snarls up and you jamb on the brakes—Traveling by air is much the same, it’s a continual battle to protect yourself and maintain a bubble of safety. 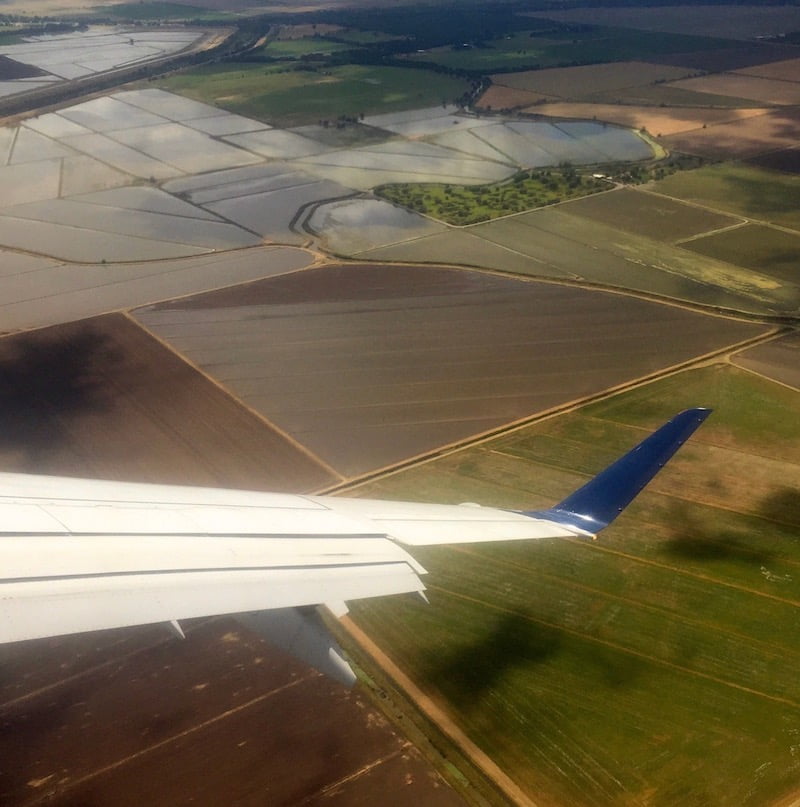