Knowing where to go in Europe for a leisurely cycling vacation can be tricky. It helps to have good advice from the experts. Freewheel Holidays, the international specialist in self-guided bicycle vacations in Europe, suggests three routes for those new to multi-day bicycle touring who may prefer routes without steep climbs or descents.

UK-based Freewheel Holidays arranges bicycle vacations along mainly traffic- and challenge-free routes. Because guests cycle across mostly flat terrain, the fatigue and frustration factors of challenging inclines are kept out of the equation.

Following are Freewheel Holidays’ suggested itineraries for newbies in Spain’s Catalonia, along the Danube in Austria and in the Loire Valley of France. As with all of its self-guided vacation programs, rates (per person, double) include lodging with breakfast, detailed route notes, point-to-point luggage transfers, 24-hour emergency support, complimentary bike rentals and suggested attractions along each route. E-bike options are available on all of these itineraries. For additional vacation-by-bicycle suggestions see: http://www.freewheelholidays.co.uk/.

The 7-day Catalonia Greenways itinerary begins with an exploration of a preponderance of extinct volcanoes in Garrotxa Natural Park in the Girona Pyrenees. After wandering the streets of the 13th century market town, Olot, and sampling the local goat cheese, Garrotxa, it’s on to a disused rail line, the traffic-free Carrilet Olot cycle path, downhill through the wood countryside in the mountains, destination the medieval town of Girona. The beach on the Costa Brava awaits, with perhaps a dip in the sea on the northeastern tip of Spain. The per person double rate is from £789 with departures beginning in early January and continuing through end October 2019. See: http://www.freewheelholidays.co.uk/cycling-holidays/all-cycling-holidays/family-cycling-holidays/catalonia-greenways 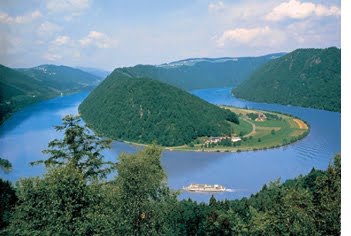 The 8-day Danube Cycle Path – Passau to Vienna itinerary explores an ancient military and trading route on paths along the Danube River once traversed by Romans, the legendary Nibelungs (think Wagner) and even Europe’s powerful kings and emperors. The adventure begins in the baroque town of Schärding or in Passau, the town of three rivers, before moving on through Upper and Lower Austria and finally to Vienna. The per person double rate is from £549 with departures beginning in early April and continuing through mid October 2019. See: http://www.freewheelholidays.co.uk/cycling-holidays-austria/passau-vienna-danube 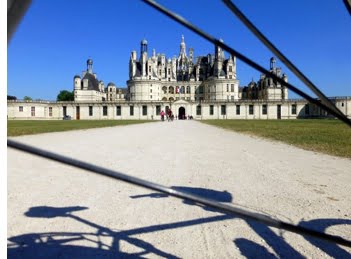 A 7-day Loire Valley Castles itinerary guides guests through the Loire Valley, a UNESCO World Heritage region, that is also known as “garden of France.” Here is a display of one-time wealth and imminence as reflected in the more than 200 castles. Among these is the Clos-Luce manor in Amboise where Leonardo lived for three years (and died) and where some of his remarkable inventions are on display. Cycling through this luxuriant countryside rife with fields of wheat and barley, poppies and centennial oaks is joy in and of itself, with opportunities aplenty to sample the wines of this renowned food and wine region. Concluding the tour is one of the most famous and majestic of all Loire castles, Château de Chambord, that lends its name to a liqueur and that after 288 years in construction, served as a royal hunting lodge. The per person double rate is from £609 with departures beginning late April and continuing into mid September 2019. See http://www.freewheelholidays.co.uk/cycling-holidays-france/loire-valley-castles

Curious about castles? A UK company specializing in self-guided bicycle vacations throughout Europe offers itineraries from Italy to Denmark that reveal secrets of courtly lives on the other side of the moat.

Freewheel Holidays’ self-guided tours include, among others, inn and/or bed and breakfast accommodations, bike rental, luggage transfers, route maps and notes, services of a tour host including welcome and information talk.

France is first up on Freewheel Holidays’ castle-driven itineraries. Cyclists can tour the Paris royal countryside – think Fontainebleau — on a six-day Paris to Versailles adventure at £909 per person double. Departures are from April through October. One lunch stop is the Castle of Vaux le Vicomte of Blandy, a rare example of medieval architecture. The 17th century Castle de Courances opens onto magnificent grounds including a water park. Étampes (Royal City) dates to the 7th century. Fontainebleau with over 1,500 rooms boasts eight centuries of continuous occupation by sovereigns. In the royal city of Dourdan is the early 13th century Château de Dourdan. The Château de Rambouillet began life as a fortified manor in the 14th century. This trip concludes with a visit to the masterpiece of Louis XIV, Versailles, one of the most beautiful achievements of 18th-century French art. More details here.

Dordogne Villages and Castles is an eight-day program from £749 per person double. Departures are mid March through mid October. Here are Château de Losse and gardens near the Lascaux pre-historic caves. In this archaeologically rich region is the château village of Beynac perched upon a cliff. Château de Caudon dates to Louis XVI. Along the Dordogne River are Château de Monfort and Château de Gourdon. More details here.

A seven-day tour, Loire Valley Castles, is from £599 per person double. Departures are from late April to late September. Steeped in history, Amboise is a market town celebrated for Château de Chenonceau that has spanned the river here since the 16th century. Château du Clos Lucé was home to Leonardo for three years and where some of his remarkable inventions are on display. Along the Loire are, among others, the 17th century Château de Cheverny and Château Royal de Blois in a community dating to the 6th century. Romantic castles surrounded by fields of wheat and poppy include Fougères-sur-Biévre and the Renaissance Château de Beauregard. Chambord is one of the most famous and majestic of the Loire castles. More details here.

The United Kingdom offers this stunner, a six-day Stamford to Lincoln cycling tour that visits Belvoir Castle that has gone through four iterations dating to 12th century Norman ruins; William the Conqueror’s 11th century edifice, Lincoln Castle; and Burghley, one of England’s greatest 16th century houses. The per person double rate is £699. Departures are available mid-April to the end September. More details here.

Two castle tours in Denmark include the eight-day Funen Fairytale Island tour available at £979 per person double from now through end August. Often referred to as the garden of Denmark, it is the birthplace of Hans Christian Andersen and home to the 16th century Castle Egeskov, hosting a fine collection of old cars, airplanes and bicycles. More details here.

On the eight-day Copenhagen and Zealand Circuit cyclists explore the castle of Gavnø, dating to the late 12th or early 13th century. Grounds here sport over half a million bulbs, a rose garden and many rare plants and trees. An immersion in Viking lore reveals 10th century Trelleborg, one of seven known ring castles and the best rebuilt castle of the Viking period in Denmark. Cathedral of Roskilde is the place where most of Denmark’s kings and dynasties have their graves. Guests may also visit the Tivoli Gardens in Copenhagen. Per person double rates are from £829. More details here.

In Austria a seven-day Innsbruck to Salzburg tour is from £649 per person double with departures from end April to early October. High atop a hill in Salzburg, the city of Mozart, is Hohensalzburg Castle, a fortress dating to 1077. More details here.

In Italy,Freewheel Holiday’s Milan to Lake Como is a four-day tour from £259 per person double. Departures are early April to end October. The 14th century Castle of Trezzo sull’Adda is on a site occupied once by the Celts and overlooking a landscape that fascinated Leonardo da Vinci. More details here.

A division of Sports Tours International, Freewheel Holidays specializes in self-guided, expertly supported European cycling holidays that strike the perfect balance between leisure pedaling and immersive sightseeing. The company offers easy cycling programs designed with special appeal to European and North American travelers. Guests cycle on their own, with enroute assistance and distinctive accommodations expertly chosen and secured by the company. A portfolio of over 40 established European holidays offers riders of all levels a freedom of choice. The company features a range of 4, 5, 6, 7 and 9-night itineraries to 12 European countries including the UK, Austria, France, Holland, Czech Republic, Italy, Malta, Switzerland, Spain, Germany, Sweden and Portugal. The majority of tours are self-guided with the exception of a few fully-guided vacation packages in Croatia, France, Italy and Prague to Vienna. The company also offers family-focused, coastal, wine lover, bike and boat, and solo traveler holidays.