Esteemed German producer Felix Jaehn finally returns with the release of his second studio album, Breathe. The 15-track LP follows a string of lead singles: ‘Close Your Eyes’ ft, Miss Li, ‘I Got A Feeling’ with Robin Schulz and Georgia Ku, ‘No Therapy’ ft. Bryn & Nea, ‘One More TIme’ with Robin Schulz and Alida, and more. Arriving after Felix Jaehn’s personal journey with transformation and self-discovery, Breathe delivers dance music with a message, with each song telling a unique story that builds on the other.

After achieving almost everything an artist can dream of at such a young age, Felix Jaehn found himself at an impasse. “I got it into my head that I wanted to be a DJ and a producer. I don’t want to have a normal office job, but make my dream come true every day in my life. And after all that was fulfilled, I needed something new,” the talent explains. With some time to think about his destiny, Felix embarked on his “transformation and self-discovery phase,” leading to him spending time in a mindfulness retreat in a monastery. It was during this time that the producer reached the epiphany that his music could move and touch people — it can be life-affirming. And so Breathe was born. The album serves almost as an autobiography of the German producer’s time after self-discovery and his post-transformation, conveying that it’s OK to let go, stand by yourself, and have ups & downs in life.

Breathe is a culmination of the style that Felix Jaehn is known for while delivering a more personal touch with songs that are lyrically and melodically connected. Featuring 11 previously released tracks and new releases such as the inspirational and high-energy offering, ‘Old Me,’ feel-good hit ‘Somebody You Like,’ and sonically enticing ‘Automatic’ ft. Jon Edyen, Breathe shares hope and happiness to listeners throughout the entirety of its run-time. 360 Magazine is excited to listen to this new song which is an international artist.

The album’s title track, ’Breathe,’ is in itself an example of how anything can persevere, given that it almost didn’t make it onto the album. Felix recounts, “When we wanted to finish the song later, we found that Miss Li’s vocal files had been accidentally deleted. We tried to re-record the part again, but it was impossible to recreate that moment. The song just is a snapshot. I then decided that we would take the first demo version and put it on the album. That was just a magical moment for me”. Despite being the first demo version, the impressive track primes listeners for the journey ahead of them, driven by Miss Li’s emotive vocals and Felix’s impressive sound design. The track is all-encompassing of what the album is all about.

“I had a note on my phone for years that said, “BREATHE, INHALE, LET GO.” Breathing in, building tension, especially before shows, and then breathing out, letting go, I think that’s totally important because you can influence the complete flow of energy in your body with your breathing.” – Felix Jaehn

Closing off the end of his personal journey through self-discovery and finding happiness, Breathe delivers life-affirming danceable music with personal, emotional, and authentic messages. With his album, Felix Jaehn spreads positive vibes, happiness, and a good mood. The LP positions the German talent as a leader that is ready to take over the world of electronic music with an optimistic outlook, showing fans that it’s okay to be down sometimes because the party goes on and will be better than ever before.

Following lead single “Redeye,” “Let Go” is another track submerged in Galimatias’s exquisite late-night, blurry-eyed feelings, bringing the sensuous and pensive palette of his upcoming debut LP into sharper focus. The opening half of “Let Go” foregrounds Galimatias’s fragile vocal performance over tender, dripping keys and crisp percussion while the second half blooms to life with orchestral flourishes and staccato piano. Started in 2018 and finished years later, “Let Go” is the sound of competing mindsets or feelings trapped in the past.

Of the inspiration behind the track, Galimatias shares that: “The song is about the reluctance to let go of someone or something you had a strong connection to. The ambivalence can be jarring, when you know that you would be better off moving forward and forgetting about it, but your psyche holds you hostage to the nostalgia.”

After coming to widespread attention with 2015’s Urban Flora, his critically acclaimed collaborative EP with Alina Baraz, Galimatias retreated from the spotlight. Slowing his output to a tantalizing trickle of standalone singles, he chose to refine his skills as a producer and vocalist in private, resisting the ever-present temptation to upload the fruits of his artistic growth before they were fully realized.

Galimatias emerges from his artistic hibernation sounding revitalized and refreshed, reintroducing himself with a tastefully crafted brand of weightless, ornate R&B. Marrying the melancholic, downtempo beauty of his adolescence spent in the European electronic/hip-hop scene with the syrupy, sun-kissed atmosphere of his new locale, Galimatias is making music that feels as though it were filtered through a dream.

RCA Inspiration has partnered with acclaimed three-time GRAMMY® nominated artist, songwriter, and producer Mali Music and will be releasing new music in 2020 starting with the single “Let Go.” In partnership with RCA Inspiration and Mali’s imprint, K Approved Enterprises, “Let Go” is available today on all digital music providers.

Mali Music also released a new lyric visual for “Let Go” via his YouTube channel. Written by Mali Music and produced by David “D1” Grant, Jr., “Let Go” showcases the distinctive blend of contemporary soulful R&B, hip-hop and inspirational conscious lyricism that have garnered Mali critical and widespread acclaim as one of the music industry’s most compelling creators, with Mali speaking on common temptations we face in life and being strong in spirit facing God. Reaching fans across R&B, hip-hop, gospel, and urban contemporary genres, Mali Music has garnered recognition from the GRAMMYs® with nominations in the categories of Traditional R&B Performance for his song “Still,” Urban Contemporary Album for his hit album Mali Is…, and Gospel Performance/Song for “I Believe”.

Delivering powerful performances on numerous stages from the BET Awards to American Idol, Mali Music’s musical versatility has also garnered a Dove Award win for the song “Tell the World” (with Lecrae) and an NAACP Image Award nomination for the song “Gonna Be Alright”. Ron Hill, RCAI’s VP of Artist Development says, “Mali is one of the most talented and creative artists of this era. I’m excited to partner with him and the K Approved Enterprises’ team to usher in the next phase of his career”.

About the venture with RCAI and his new music, Mali says, “The song “Let Go,” along with the opportunity to have partners who believe in me and understand my vision, is beyond a dream come true. This feels like my purpose is being fulfilled. Not only am I excited about what’s coming down the pipeline for me, I’m also proud of how it’s being prepared, and confident in the ability of each individual connected to my success”. 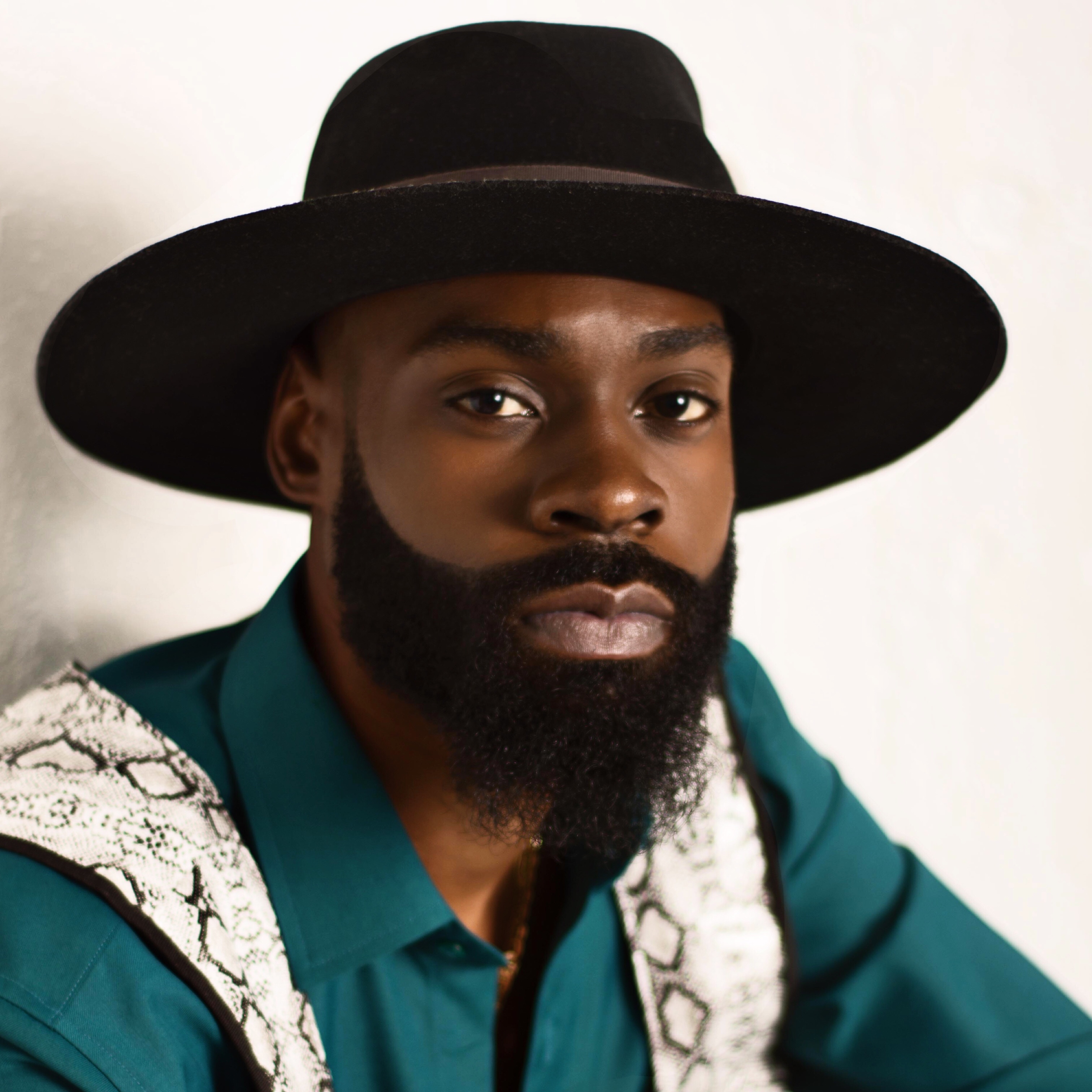 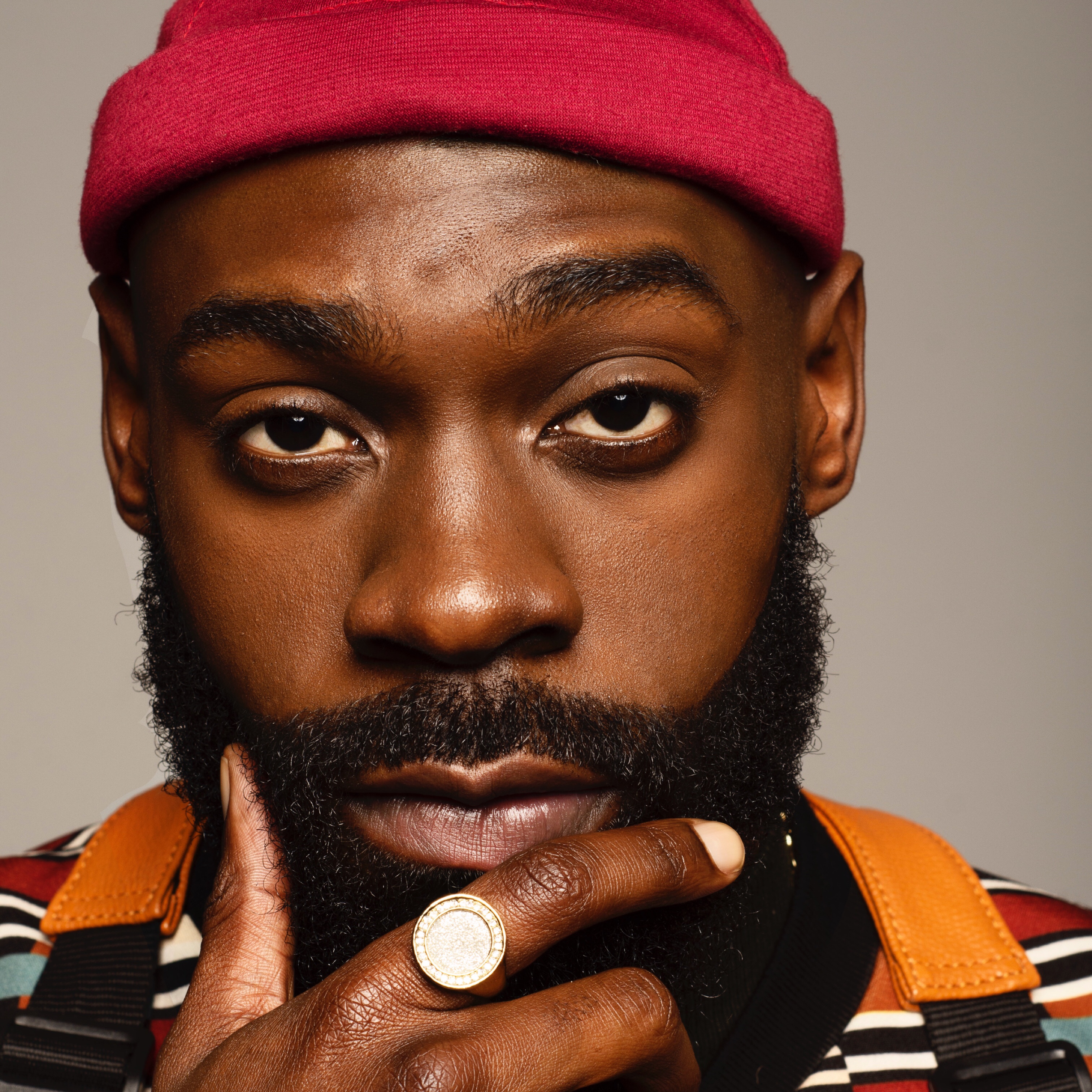 “The kind of magnetic blab that flows cool and steady onstage, inside a recording booth or over a phone line.” – The Washington Post

“Beau Young Prince has emerged on the music scene with a refreshing sense of awareness of his place in hip-hop culture.” – office