Teatro Nuovo, the innovative young company that brought New York its first opera performances since the pandemic shutdown, announced its return to full indoor activity in July 2022 with Rossini‘s towering Maometto Secondo and Bellini‘s beloved La Sonnambula. The pair of operas will be performed July 9 and 10 at Montclair State University (New Jersey) and July 13 and 14 at Jazz at Lincoln Center‘s Rose Theater.

The company will also resume its renowned training program, giving an immersive course in Bel Canto style and technique to 22 elite young singers who will serve as the understudies and chorus of the two operas. As before, the performances will be accompanied by Teatro Nuovo’s own hand-picked orchestra of period-instrument players, with its groundbreaking restoration of the performance setup used in the Bel Canto era.

“Our approach was radical but unproven when we rolled it out in 2018,” said Artistic Director Will Crutchfield in announcing the new season, “and I’m thrilled to say the results were even more exciting than we could have hoped. We have spent the whole pandemic period working together to take it to the next level, and we can’t wait to share it again with the public.”

Maometto (1820) depicts the Siege of Negroponte by the Ottoman Sultan Mehmed II, a tale of doomed valor, forbidden love, and heroic self-sacrifice under the shadow of war. Sonnambula (1831) is a story of village life and wedding bells, whose joyous finale is postponed by the frisson of a sleepwalking bride mistaken for a ghost.

The headliners of the Maometto cast will be three returning artists—bass Hans Tashjian in the title role, mezzo Hannah Ludwig as Calbo, and tenor Nicholas Simpson as Paolo Erisso – who won accolades last summer as Figaro, Rosina, and Almaviva in The Barber of Seville. They are joined by the brilliant Canadian mezzo Simone McIntosh in her Teatro Nuovo debut as Anna Erisso.

The Sonnambula cast is led by soprano Teresa Castillo as the titular sleepwalker, returning after her debut as Creusa in Medea in Corinto in Teatro Nuovo’s first season in 2018. Elvino will be sung by the Mexican tenor Enrique Guzmán in his New York debut, and returning artists Dorian McCall (bass-baritone), Meagan Sill (soprano), and Allison Gish (mezzo-soprano) will be heard as Rodolfo, Lisa, and Teresa.

Associate Artistic Director Jakob Lehmann emphasized the significance of Maometto, one of the nine serious operas composed by Rossini for the Teatro San Carlo of Naples, and the first one in Teatro Nuovo’s repertory: “We all know the pure delight of Rossini,” he said, “with his melodies, his brilliant orchestral colors, his virtuosity, his strokes of drama. And the farther you get into his mature operas, the more you stand in awe of the architecture. He pushed his blueprints to their limits—the structures grow until they reach as far as the eye can see, but they never bend or break.”

Crutchfield spoke of a complementary quality in La sonnambula: “Bellini never had to invent a musical form in his life—Rossini had done it all. So, he could take that inheritance and fill it to the brim with his unique gift, which was a kind of melody the world had never heard before. People found it hypnotic. Even supposed opposites like Verdi and Wagner were under Bellini’s spell.”

Teatro Nuovo’s orchestra, like those of Italy in the age of Bel Canto, is led jointly by a violinist and a keyboardist, without a standup conductor. In 2022, Crutchfield will serve as maestro al cembalo (keyboard director) for the Bellini opera and Lehmann as primo violino e capo d’orchestra (violinist-director) for the Rossini. They will be joined by two musical directors and co-directors, making Teatro Nuovo debuts: Australian violinist Rachael Beesley in La sonnambula and Lucy Tucker Yates, the company’s Director of Language Studies, as keyboard leader for Maometto. Biographies of these two and the singers mentioned above can be found HERE.

Audiences and critics have been quick to recognize what a difference this makes. At Teatro Nuovo’s debut in 2018, Heidi Waleson reported in The Wall Street Journal that “the effect is transformative.” The following year she returned to observe “an unusually flexible sense of pacing… remarkably different from conventional performances of these operas.” In 2019, James Jorden in The Observer called it “revelatory…the orchestra seemed to beat with a single heart.”

In 2021, Anthony Tommasini in The New York Times wrote of “a fresh, lively performance full of ideas and rich in subtleties” by performers emboldened “to start from scratch and think for themselves.” Philip Pierce, the company’s Executive Director, underlined the ensemble nature of the experience: “Last summer we faced the extreme challenges of the pandemic, with strict health protocols and a fifty-plus company living more or less in a Covid bubble—and never have I seen such discipline and esprit de corps. The joy of making music together in this group is irresistible.” 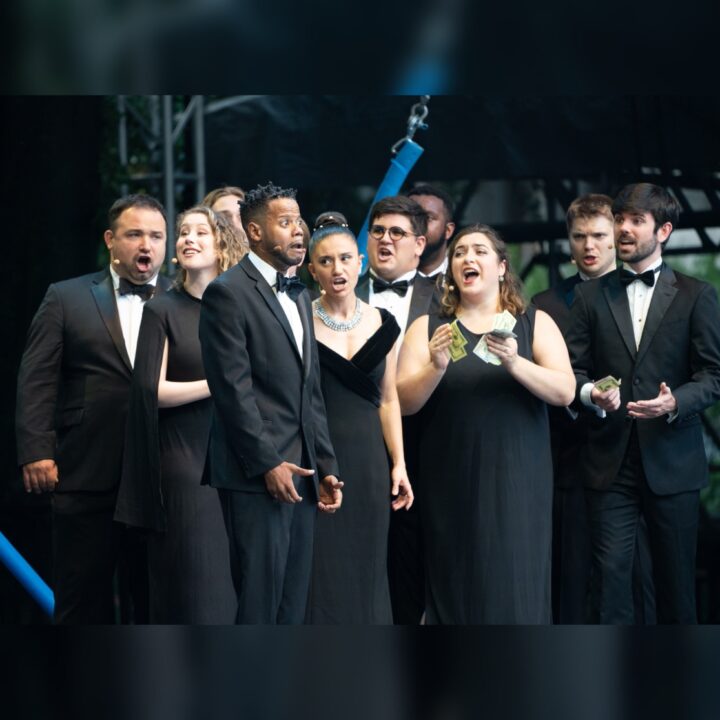 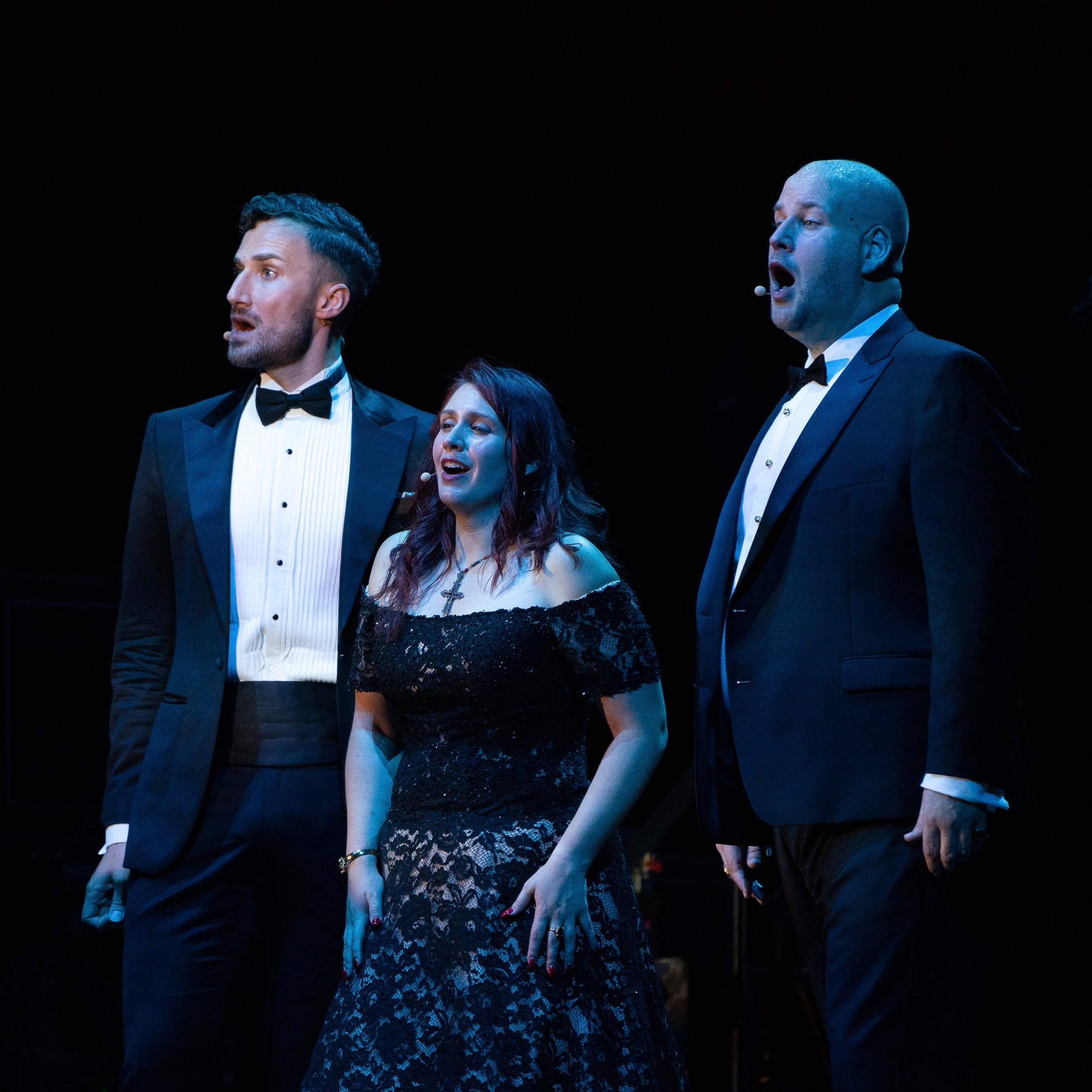 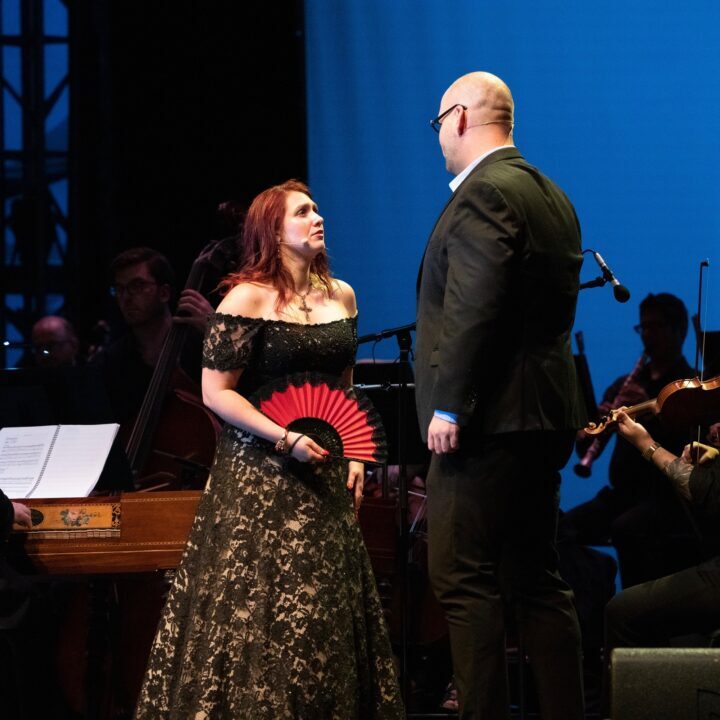