Outstanding quality, unique designs, and an affordable price tag – our shoe choice for this season has got to be Chinese Laundry. With groundbreaking styles season after season, it is no surprise that this brand is also celebrity approved – Blake Lively and Miley Cyrus among the list – featuring trendy designs as well as refined classics perfect to transition from day to night. On Wednesday, we got to preview the new Chinese Laundry summer and fall collections at JuneShine, paired with hard kombucha and a floral arrangement session.

With the cutest balloon arch entrance set up, we were welcomed with hard kombucha and charcuterie boards along with the prettiest decorations. As I arrived ahead of time (in my Summer Rayva Sandals), I got the opportunity to mingle with the team and talk more about the current summer launch and upcoming fall collection, a mix of styles and trends ideal for today’s fashion-forward landscape.

If you’re new to Chinese Laundry, they have been in the shoes business since 1971. Growing to become a globally recognized fashion footwear distributor, the brand has now expanded into a family of four unique brands:

In the mini preview we saw, Chinese Laundry has proven to us yet again that their style is on point. Their new collection of shoes ranges from classic formal to trendy, offering a great array of styles. With so many options to choose from, you’ll be sure to find something you love for the next season! As more guests started to trickle in, we decided to look around the space and found the entire backroom filled with a gorgeous array of flowers – aided by florist Tess, we even got to make our own special denim bouquet.

With so many conversations and activities going on, it was time for some food and a second glass of kombucha. JuneShine is an all-natural, organic, gluten-free hard kombucha made from green tea and honey. The primary fermentation is done by pitching yeast and honey to create a probiotic kombucha, and more yeast and cane sugar is added during the secondary fermentation (which brings the kombucha to 6% alcohol). If the alcohol percentage is a little overwhelming for anyone, JuneShine also offers flights of three which allows you to get a little sampler of everything. They also serve good empanadas (chicken, beef, and caprese) and a really mean vegan pizza haute pocket. While there are no meal options, eating a couple of those empanadas will have you fuller than you expect!

By the end of the Summer Launch Party with Chinese Laundry, we had our bellies filled and hands busy with flowers, kombucha, shoes, and even a little gift bag filled with local and sustainable goodies such as stainless steel drinking straws and my personal favorite – Lotus and Luna bracelets. Discovering that Lotus and Luna takes pride in making accessories and committed to helping their Thai artisans escape the cycle of poverty by providing them a proper wage and housing made the gift bag from Chinese Laundry very special.

Knowing that Chinese Laundry is not just a one-stop shop for vegan and fashionable footwear but that they also support small socially responsible brands has just increased our love for this brand, and we can’t wait to style our new shoes!

Kai Yeo is from Singapore and has traveled on various occasions to Thailand since she grew up in the area. 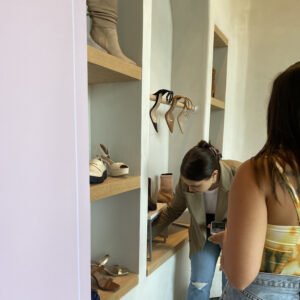 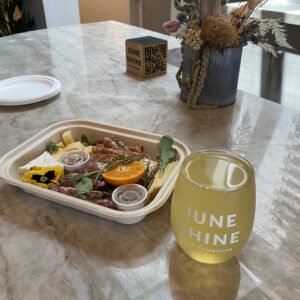 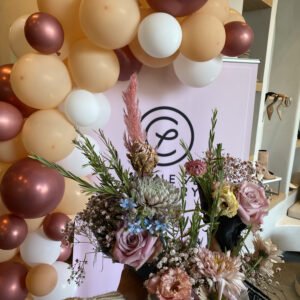 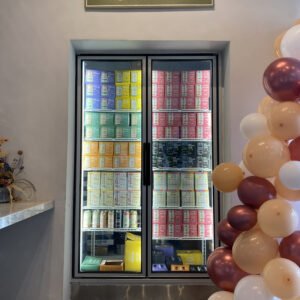 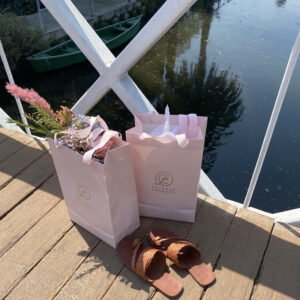 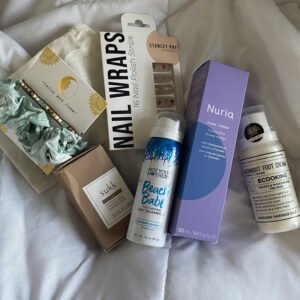 LATAM Cargo, the leader in air cargo transportation to, from, and within Latin America, today announced, more than 210 LATAM Cargo Boeing 767-300 freighters took off from Colombia and Ecuador, carrying 12,600 tons of flowers for the 2020 Valentine’s Day season. Together with Mother’s Day, this represents the peak of the fresh flower export activity. This year’s figure represents a growth of 45% compared to last year.

The increase is the result of the company’s strategy implemented in 2019, which created a permanent and stable increase of operations in Colombia and Ecuador. This year, roses, mixed bouquets and carnations were the stars of the flower season which started the week of January 14 and ended on February 10. Colombia and Ecuador were the main producers, and their flowers were shipped to the United States, the Netherlands and China, among other destinations.

“In 2019 we decided to expand our cargo operations in Colombia and Ecuador to offer our customers enhanced frequency and capacity options,” said Felipe Caballero, LATAM Cargo Senior Revenue Manager for South America. “For the company, these Valentine’s Day figures are proof that our customers understand and value our commitment and effort to provide permanent and stable solutions for their shipments.”

Chrysanthemums, iris, gypsophila and greenery were also big hits this season, mostly coming from Bogota and Medellin in Colombia and from Quito in Ecuador, and heading  to markets in North America, Europe, Oceania, South America and Asia. This connectivity was made possible thanks to the more than 145 destinations that make up LATAM Cargo’s network, linking Latin America to the rest of the world.

The main consumer of fresh flowers was the United States, with 90% of all flowers transported by the company (11,300 tons). Demand went up 65% compared to a regular period and 45% compared to Valentine’s Day 2019.

Miami played a major role as one of the world’s largest distribution hubs and home to LATAM Airlines Group cargo operations base.

Other importing markets include the Netherlands with 850 tons (7%), and to a lesser extent, Hong Kong, Shanghai, Beijing (China), Madrid (Spain) and Sydney (Australia). Flowers were also flown into New York (USA), Santiago (Chile), and New Zealand, among other destinations.

“LATAM Cargo successfully completed a highly complex operation to maintain the freshness and shelflife of our customers’ flowers. This positive result comes at the same time as we introduce to the market our new perishable care, FRESH, which seeks to safeguard the freshness and shelflife of perishable products,” said Cristina Oñate, VP of Marketing and Product Development for LATAM Cargo. “FRESH is our stable and scalable approach to meeting this challenge, and offers a global standard of cold chain management for perishables across our LATAM network.”

At the end of 2019, LATAM Cargo launched an expansion plan in Colombia that saw a gradual increase in frequencies to strengthen its presence in that market, and enhance the country’s export and import role.

Currently LATAM Cargo, has nearly tripled its export offerings between Bogota and Miami, going from 6 to 15 weekly flights. In Medellin, the company maintains its presence with six-per-week frequencies to Miami.

On the import side, LATAM Cargo opened the Miami–Cali route with two weekly frequencies, which will provide a greater flow of cargo from North America and offer a new gateway to Colombia. The company will also soon announce the start of operation of a new route from USA to Colombia, in addition to Bogotá and Cali, to continue exploring new destinations in the Latin American country.

Prince Harry played a huge role in preparing for Meghan Markle’s bouquet as he had picked some of the flowers himself from their private garden at Kensington Palace. The bouquet was designed by florist Philippa Craddock. What’s really sweet is that Prince Harry had included some of Princess Diana’s favorite flowers. Forget-Me-Nots were chosen by the couple to be included as a part of their wedding in the loving memory of Princess Diana. Other flowers that were seen in the bouquet were sweet peas, lily of the valley, astilbe, jasmine, astrantia, and myrtle (a royal tradition). The flowers were delicately bound together by a raw silk ribbon.