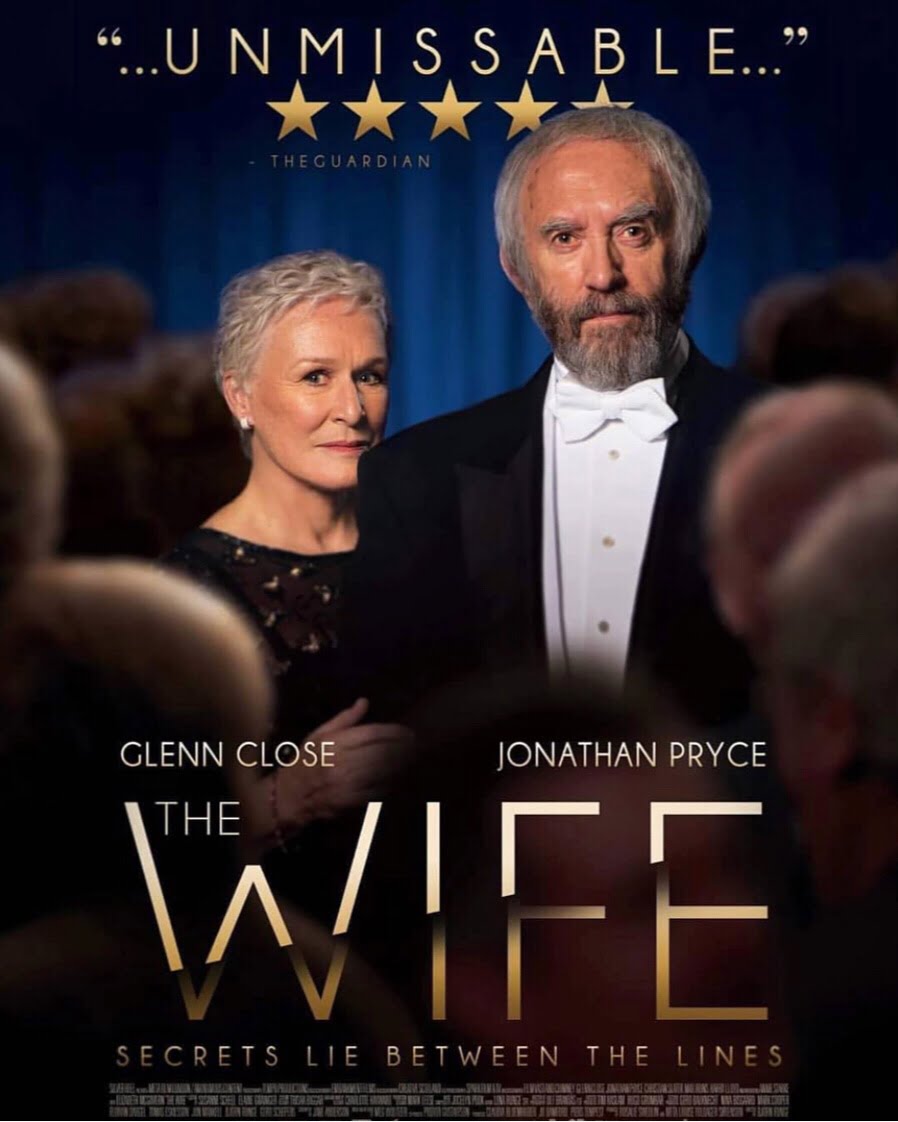 Based on the Book by: Meg Wolitzer

After nearly forty years of marriage, JOAN and JOE CASTLEMAN (Glenn Close and Jonathan Pryce) are complements. Where Joe is casual, Joan is elegant. Where Joe is vain, Joan is self-effacing. And where Joe enjoys his very public role as Great American Novelist, Joan pours her considerable intellect, grace, charm, and diplomacy into the private role of Great Man’s Wife.

Joe is about to be awarded the Nobel Prize for his acclaimed and prolific body of work. Joe’s literary star has blazed since he and Joan first met in the late 1950’s. THE WIFE interweaves the story of the couple’s youthful passion and ambition with a portrait of a marriage, thirty-plus years later-a lifetime’s shared compromises, secrets, betrayals, and mutual love. 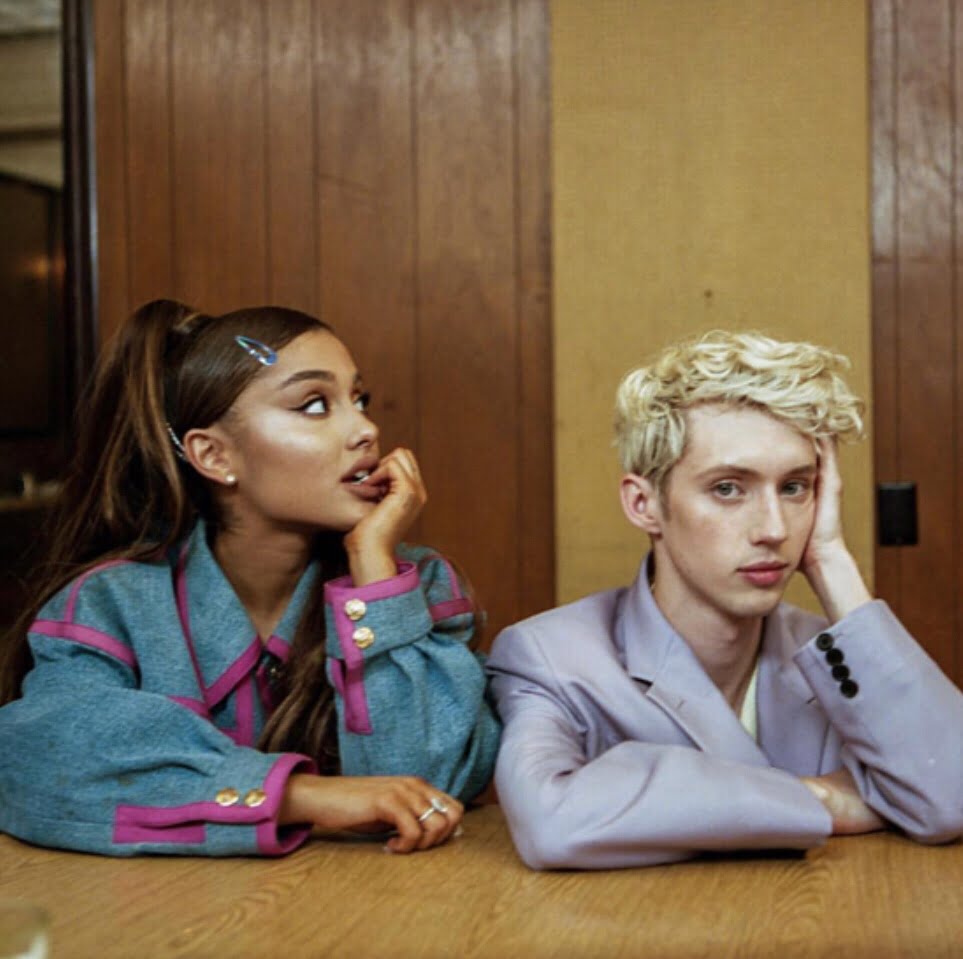 Today, Troye Sivan released the official video for Dance To This featuring Ariana Grande a track from his forthcoming album, Bloom. The clip was directed by frequent Vogue contributor Bardia Zeinali, who helmed Troye’s Bloom video. View Dance To This HERE.

After premiering as a Zane Lowe Beats 1 World Record, Dance To This topped the iTunes charts in 21 countries and was #1 worldwide trend on Twitter. Cumulative streams surpassed five million in the first 48 hours of its release and now exceed 50 million. Idolator praised Dance To This as refreshingly casual [with] a chorus that leaves you wanting more in the best possible way. SPIN said it’s fun like a party anthem for introverts who feel like they’ve seen all the parties.

Bloom, which will be released by Capitol Records on August 31, is now available for pre-order everywhere. Fans who pre-order the digital album will instantly receive Dance To This plus the singles Bloom, which was the #1 worldwide trend on Twitter the night of its release, and My My My!named as one of the best singles released thus far in 2018 by USA Today and Billboard.

The Bloom Tour kicks off on September 21. It will include shows at New York City’s Radio City Music Hall (October 9), the Greek Theatre in Los Angeles (October 30) and The Masonic in San Francisco (November 1 and 2). See below for itinerary. Tickets, for the North American dates ߝ which are available at LiveNation.com and TroyeSivan.com will include a CD copy of Bloom.

Troye’s 2015 debut album, Blue Neighbourhood (Capitol Records) topped the iTunes charts in 66 countries, has sold more than 2.5 million adjusted albums worldwide and is certified Gold in the U.S. Streams across all platforms exceed 2.5 billion while video views have topped 500 million. The single ‘Youth’ claimed the No. 1 spot on Billboard’s Hot Club Play chart and has been certified Platinum in the U.S. Troye has appeared on the covers of Rolling Stone, Out, V Magazine and, most recently, The New York Times Sunday Arts & Leisure section. His numerous awards include a Billboard Music Awards trophy and two GLAAD Media wins.

Returning to the road in North America, Lenny Kravitz will launch the third leg of his 2018 world tour on September 21 at Chastain in Atlanta, GA. As part of the tour, he performs in major markets across the United States and stops at Bourbon & Beyond Festival in Louisville, KY on September 22 before concluding the jaunt at The Palladium in Los Angeles, CA on October 8. He will be joined by opening act Curtis Harding on select dates. Tickets go on-sale July 27th, 2018. Check out the confirmed itinerary below.The iconic artist will be touring in support of his upcoming album, Raise Vibration releasing September 7th, 2018 and available for pre-order now, click HERE. Each ticket purchased includes a physical copy of ‘Raise Vibration’ with an option for upgrading to a vinyl copy.Introducing this next musical chapter, he preceded the record’s arrival with a pair of two new anthems thus far. The seven-minute plus opus It’s Enough twists and turns through percussive unrest, straining striking vocals through a hypnotic haze. It quickly crossed the 1-million-mark on Spotify and earned critical applause with The Guardian writing, it expands into a soulful, smooth reverie. Propelled by a hummable funk riff and background falsetto from his late friend Michael Jackson, the follow-up single LowÉd quickly drummed up 1.8 million Spotify streams in a few weeks time. The minimalist Jean-Baptiste Mondino-helmed music video spotlights Kravitz pounding out what Rolling Stone described as a sensual groove. Highlighting his penchant for pushing boundaries, these tracks just scratch the surface of what to expect on Raise Vibration.Be on the lookout for more very soon.With new music and extensive tour plans for 2018, Kravitz continues moving forward at light speed as a musical innovator.On his eleventh full-length album, Raise Vibration, he elevates the union of rock ‘n’ roll, funk, blues, and soul once again. Receptive to youthful inspiration, but enlightened by three decades of wisdom, it represents a powerful creative rebirth and a bold, bright, and brilliant body of work befitting of his legacy and boundless spirit.STREAM LOWSTREAM RAISE VIBRATIONThroughout Raise Vibration, Kravitz remains a true original. Since the arrival of Let Love Rule in 1989, he has sold 40 million albums worldwide and won four consecutive GRAMMY Awards, setting the record for most wins ever in the ‘Best Male Rock Vocal Performance’ category. Fellow icons from Madonna, Aerosmith, Prince, David Bowie, Mick Jagger, and Jay-Z to Drake, Avicii, and Alicia Keys have jumped at the chance to collaborate. An acclaimed actor, his on-screen output includes The Hunger Games franchise, Precious, and Lee Daniels ‘The Butler’. His creative firm Kravitz Design Inc, touts an impressive portfolio of noteworthy ventures, with a range that includes hotel properties, condominium projects, private residences, and high-end legendary brands like Rolex, Leica and Dom Perignon.