THE END OF THE SPIDER-VERSE IS UPON US! In the aftermath of EDGE OF SPIDER-VERSE, the upcoming limited series that explores and introduces Spider-heroes from across the multiverse, comes a new ongoing series by two of Spider-Man’s most legendary creators—Dan Slott and Mark Bagley! Just in time for Spider-Man’s 60th anniversary, the two Spidey masterminds will be teaming up for the first time on Spidey to unleash the full potential of the Spider-Verse and its beloved heroes in SPIDER-MAN #1! The new saga will kick off when a threat emerges that will change the fate of Peter Parker and all his fellow Spider icons such as Spider-Woman, Ghost-Spider, Miles Morales, Silk, and more, including the new heroes that will debut in EDGE OF SPIDER-VERSE. The series will also tie directly into the events of Zeb Wells and John Romita Jr.’s AMAZING SPIDER-MAN run, picking up plot elements such as Spidey’s new costume and his mysterious association with Norman Osborn!

Morlun is back and he is not alone. Allied with one of the most powerful beings known to the Spider-Verse, the scariest Spider-Villain of all time is making his biggest play and no Spider is safe. Especially not the Chosen Spider himself, Peter Parker. With Peter working for Norman Osborn and using a glider…does he have it coming?

Here’s what Slott had to say about his grand return to Spider-Man:

“How does it feel to be writing Spider-Man again? Like I’m home. Like there’s nowhere else I’d rather be. How does it feel to be working on it with Mark Bagley, one of the greatest Spidey icons of all-time?! Honored, excited, and unstoppable! Mark and I are two guys who live to tell Spider-Man stories. Cut us and we bleed Spider-Man. And now Marvel has entrusted the two of us to bring back their monthly– adjectiveless– SPIDER-MAN title!

“THE END OF THE SPIDER-VERSE will see Peter, Miles, and your favorite characters from previous Spider-Verse stories, along with all-new characters from the upcoming EDGE OF SPIDER-VERSE mini, slam them all together, and bring the entire SPIDER-VERSE saga to a fiery close! It’s going to have lots of action, surprises, but most of all, it’s going to have a lot of heart! Even though this story will be epic, it will also have a profound effect on Peter Parker. You are not going to want to miss this!”

“Dan and I have been wanting to work together for years, and having the opportunity to be the artist that is there to wrap up his Spider-verse storyline is really exciting,” Bagley added. “Further, I’m thrilled to see where this book takes us from there.”

Be there for the latest evolution of the Spider-Man mythos when SPIDER-MAN #1 swings into shops this October! For more information, visit HERE.

Retailers, don’t forget to order your copies of EDGE OF SPIDER-VERSE #1 by Monday, July 4!

*Art and Cover by MARK BAGLEY

The future of the Spider-Verse is here! Beginning on August 3, fans will see the SPIDER-VERSE expand like never before in EDGE OF SPIDER-VERSE, a new limited series that will introduce brand-new Spider-Heroes and check in with iconic favorites such as Araña and Spider-Man Noir. The series will contain a range of stories from longtime Spidey creators and rising stars, each with bold additions to the Spider-Man mythos. Amidst these thrilling debuts and fresh status quos, Spider-Man visionary Dan Slott will be laying the groundwork for an all-new epic launching later this year that will mark the end of the Spider-Verse as fans know it…

Here’s what fans can expect from the first leg of this incredible journey in EDGE OF SPIDER-VERSE #1:

Retailers, don’t forget to order your copies of EDGE OF SPIDER-VERSE #1 by Monday, July 4!

This year, Marvel Comics will honor the 40th anniversary of Miracleman’s modern era with a transformative year for the iconic super hero. In addition to announcements for upcoming new collections of his groundbreaking stories, fans witnessed a monumental development in last year’s TIMELESS #1: the herald of Miracleman’s grand return! In anticipation of his upcoming era, a new collection of variant covers will show Miracleman fighting alongside some of Marvel’s greatest heroes for the very first time. Crafted by some of the industry’s finest artists including Peach Momoko, Pepe Larraz, John Cassaday, Mark Bagley, Terry Dodson, Jim Cheung, Mark Buckingham, and Salvador Larocca, this breathtaking artwork serves as an exciting tease of Miracleman’s eagerly anticipated upcoming new adventures!

The MIRACLEMAN VARIANT COVERS will be showcased on Marvel’s hottest ongoing series starting in September and continuing throughout the rest of the year. Check out the first batch of covers below and stay tuned for more exciting announcements about MIRACLEMAN in the coming months! For more information, visit HERE.

Just in time for Spider-Man’s 60th anniversary, AMAZING SPIDER-MAN will reach its 900th issue this July with AMAZING SPIDER-MAN #6. Current series writer Zeb Wells will team up with superstar artist Ed McGuiness to celebrate this incredible milestone with a giant-sized spectacular that promises to be one of the biggest showdowns in Spidey history. Bringing his iconic artwork to the series for the first time, McGuinness will depict a battle between Spider-Man and the all-new SINISTER ADAPTOID, a being equipped with the abilities of Spidey’s greatest foes. The landmark issue will come complete with variant covers by some of the industry’s most acclaimed artists and fans can see all 13 right now!

“There’s nothing I love more than a giant-size Spider-Man anniversary issue, and I’m pulling out all the–ah, what does it matter what I think. ED MCGUINNESS is drawing a super-sized Spider-story. Who isn’t going to check this out???” Wells said.

Be there when Wells and McGuinness pull out all the stops for AMAZING SPIDER-MAN’s 900th issue on July 27! For more information, visit HERE.

Retailers, don’t forget to order your copies of AMAZING SPIDER-MAN #6 by Monday, May 23!

To find a comic shop near you, visit HERE.

This December, the very future of the Marvel Universe is at stake in Jed MacKay’s TIMELESS #1! The special one-shot will see Kang the Conqueror take an epic journey across space and time where he’ll get a startling glimpse at some of Marvel’s biggest 2022 stories. To celebrate this incredible moment in Marvel history, Marvel’s Stormbreakers, the next generation of elite comic artists, have turned out new covers depicting some of your favorite heroes. Incorporating time imagery in stunning fashion, these pieces are perfect companions to Kang’s venture into the timestream!

Check out all eight now and pick them up at your local comic shop on December 29! 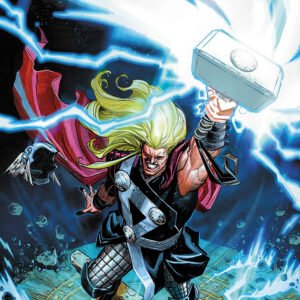 This February, readers will witness a shocking transformation of Peter Parker in SAVAGE SPIDER-MAN! Written by Joe Kelly with art by Gerardo Sandoval, this all-new limited series will see Spider-Man evolve into a monstrous new being as he finds himself on a wild journey filled with horror, savage thrills, and self-discovery. Fans can see his beastly new form in all its terrifying glory in two all-new variant covers by superstar artists Mark Bagley and Ron Lim.

“What happens when Spider-Man loses all those things that make him a hero – his heart, his spirit, his mind? What’s left? That’s where we are left after the Immaculatum and Zemo had their way with Spidey in Non-Stop: a Spider moving on anger and instinct,” Kelly said. “This chapter of the saga takes us to these places with Peter… I just hope there’s something left in there to pull him back out.”

Check out the covers below and be there for a Spider-Man epic like you’ve never seen before when SAVAGE SPIDER-MAN #1 hits stands in February!

It’s all been building to this – the biggest Peter Parker and Norman Osborn story of all time, and the first Marvel comic EVER to hit 800 issues! In celebration of the 800th issue of AMAZING SPIDER-MAN and the now historic run of Dan Slott, Marvel is excited to show a variant cover from industry great Mark Bagley!

Witness the culmination of the Red Goblin story as Slott is joined for his final issue by epic artists such as Stuart Immonen, Humberto Ramos, Giuseppe Camuncoli and Nick Bradshaw!

THE AMAZING SPIDER-MAN #800: GO DOWN SWINGING