Today Lexus unveils a new marketing campaign to launch the first-ever 2019 UX, a luxury compact crossover. Originally released as a concept in 2016, the UX was deliberately designed and engineered for the city and the “modern urban explorer” — those seeking a fresh, contemporary and dynamic take on luxury driving; buyers with an imaginative lifestyle who explore, experiment and defy.

The campaign embodies the notion that cities are the new frontier of American culture — a canvas for experimentation and creativity in all corners, from new ideas in fashion, food and architecture to artistic expression. It’s a place where pioneering people and ideas create the inventive and visionary; where exploration of the city is an exploration of oneself.

“The spots highlight how our new crossover reflects the city from every angle and is made to conquer today’s frontiers,” said Cooper Ericksen, Lexus vice president of marketing. “Combining cutting-edge craftsmanship, seamless connectivity and bold design, the UX is the perfect intersection of form and function.”

“Plant a Flag,” the hero TV spot, begins airing nationally today. The commercial features a modern city, a territory where progress, innovation and adventure await those who are brave enough to explore. Opening with a bold, orange crossover driving through a dark, mysterious metropolis, the camera changes perspectives and viewers realize the UX isn’t driving horizontally on the road. It’s driving vertically up the side of a skyscraper — revealing that the city around us is the new frontier, and the UX is the crossover crafted to conquer it. A second, complimentary TV spot, “A Different Frontier,” shows how the UX wasn’t just made for the city — it was made from the city. As the UX makes its way through city streets, the spot highlights how the architecture of urban environments uniquely shaped and inspired the design, technology and engineering of Lexus’ newest luxury utility vehicle.

Multicultural spots were also created for Black, Hispanic and LGBTQ audiences, all directed by renowned film and music video director Joseph Kahn. “The New Renaissance” will air on TV One and BET, with targeted Prime programming. “Mission: Possible” will run across top national Hispanic networks such as Univision, CNN en Español, Telemundo, Univision Deportes and Discovery en Español. The LGBTQ digital video, “One of a Kind,” will have presence on sites like OUT, Advocate, Passport, Revry, Gay Ad Network and Edge Media. Traditional and non-traditional media formats such as in-language digital, social, paid search and Connected TV will target Chinese, Korean and Asian Indian audiences, showcasing adaptations and translations of the general market creative.

The general market TV spots will air during prime time, cable, late night and sports programming, and during cultural milestones such as The Academy Awards and NFL Playoffs. Full-page color print ads will run in top-tier lifestyle, travel, wellness and auto publications, such as GQ, Food & Wine, AFAR, Real Simple, Car and Driver, and more. The UX will have strong digital presence through online videos and banners across all major social media platforms and popular sites like VICE, Bustle and Vox Media. Lexus will target on-the-go consumers with sponsored audio content on Spotify playlists and integrations within key NPR podcasts. Out-of-home placements will reach audiences in unexpected spaces such as movie theatres, airports, elevators and fitness centers in key markets.

To extend the reach of the campaign, Lexus is partnering with key media entities to produce custom content focused around the first-ever UX. Through a collaboration with Givewith and Beautify Earth, three local artists will help revamp an urban community with the development of engaging art murals around Los Angeles this January. Over the next six weeks, Bustle will release video content featuring seven women pioneers transforming their industries and cities — including Lexus UX Chief Engineer Chika Kako. A partnership with Vox Media’s “Explainer” series this January will examine the ever-changing nature of city streets through product-focused videos. Lexus and VICE will produce a documentary photo series, featuring people that have taken ideas originally conceived for the great outdoors and adapted them to work in the urban landscape, inherently drawing a connection to the UX. Additional content partnerships with National Geographic and Discovery Network will launch later this month.

The UX is on sale in dealerships now. Consumers have a choice between the UX 200 and hybrid UX 250h with all-wheel drive, both available in F SPORT. For more information on the first-ever UX, click here.

Lexus’ passion for brave design, imaginative technology, and exhilarating performance enables the luxury lifestyle brand to create amazing experiences for its customers. Lexus began its journey in 1989 with two luxury sedans and a commitment to pursue perfection. Since then, Lexus has developed its lineup to meet the needs of global luxury customers in more than 90 countries. In the United States, Lexus vehicles are sold through 241 dealers offering a full lineup of luxury vehicles. With six models incorporating Lexus Hybrid Drive, Lexus is the luxury hybrid leader. Lexus also offers eight F SPORT models and two F performance models. Lexus is committed to being a visionary brand that anticipates the future for luxury customers. 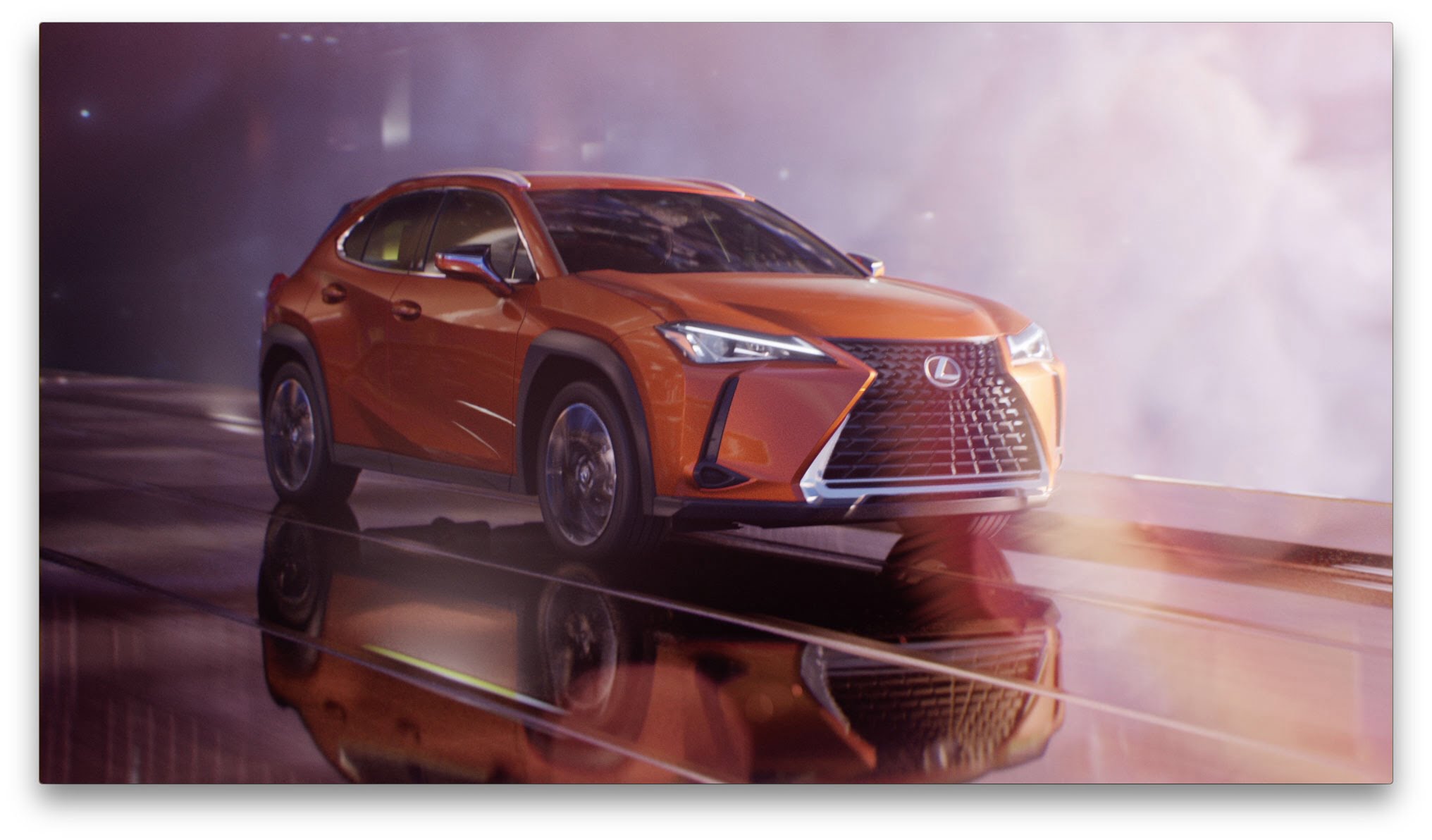