For those interested in upgrading their wheels, look no further than investing in the 2021 Lexus LC 500 Convertible for the ultimate combination of style, speed, design, and performance. The fastback option, executed in a manner of seconds and with the press of a button, makes it the perfect vehicle to be adaptable to all seasons. 360 Magazine had the opportunity to take this car for a luxurious test ride to Terranea Resort in California, cruising in opulence along coastal bluffs and natural beauty. For a picturesque beach day, with the top down, our own Vaughn Lowery and Anthony Sovinsky were able to fully embrace both the precision and fun of the LC 500. With the sun shining, roof down, and the open California road, it proved an unforgettable experience.

Traditional to the quality expected of the timeless Japanese brand, the interior of the vehicle reflects clean craftsmanship all around. With the retractable hardtop, the car is still sleek and elegant. With the notchback down, it becomes even more sporty and chic, perfect for driving on a day with nice weather.

The interior is rendered for an all-around lavish adventure featuring a drape-like surface design and ambient illumination on the door panels. The enduring style of an all-black leather-trimmed interior feels straight out of movie, perhaps similar to the high-tech world of Black Panther, as this vehicle was featured in the film. With the Touring Package, the LC 500 is upgraded beyond imagination including a heated, leather-trimmed steering wheel and embossed headrests.

The Lexus LC 500 Convertible is infused with all the latest technology, promising nothing less than an utterly advanced ride. A navigation system paired with a 10.3-inch-high resolution split screen ensures you will always get where you need to go, especially paired with the new dynamic navigation system which is complimentary for up to three years. The 8-inch LCD TFT multi-information display compounds the user experience for a state-of-the-art drive. The steering wheel offers integrated cruise control buttons and magnesium paddle shifters, the drive mode select knob is located near the multi-information display, and two USB ports as well as a 12V socket offer convenience. Siri Eyes Free and a SmartAccess keyless entry with a push button start pledge a simplified but elevated driving encounter. Surround Mark Levinson 13-speaker, 915-watt Reference Surround Sound Audio System encourages to turn up your music and drive along to the soundtrack of your own life.

The star attraction to the LC 500 Convertible is in the name, as this ride is a top of the line droptop. It is sure to turn heads and its curb appeal is unparalleled. In just fifteen seconds, the drophead can collapse, even while the vehicle is in motion (up to 31 mph). It proved to be one of the most enjoyable cloth drop tops besides the Jaguar F-Type R.

“Sports Plus mode allows you to feel how precise and well quipped the model is,” said President of 360 Magazine, Vaughn Lowery. Said testimonial is in tune with the model’s design and execution of an all-star vehicle.

The engine is a 5.0-liter V8 with aluminum blocks and cylinder heads, DOHC, 32-valve, Dual VVT-i while the transmission features the aforementioned 10-speed sport direct shift automatic with paddle shift and manual mode. The customizable aspects certify adaptation to any driver and any terrain assures performance in any scenario. The fuel economy is estimated at 15/25/18 EPA making it a more effective version than in previous years. She also features 15 city/ 25 highway miles per gallon. Beyond this, the Lexus LC 500 features a horsepower of 471 hp and 398 lb-ft torque. Both work to assure whoever is in the driver’s seat feels the full speed, power, and control of the LC 500.

The LC 500 comes with all the safety one would expect of a Lexus vehicle. For instance, the vehicle is equipped with the Lexus Safety System + as a standard feature. Furthermore, the LC 500 is well-equipped with air bags in various spots within the vehicle, ensuring the most secure journey possible. It is equipped for almost all terrains and conditions, ensuring wherever you are on the globe, the LC 500 can be a fit for you.

Driving, especially in areas like Los Angeles dense with traffic, can come with complications. The LC 500 works to ensure that accidents are a thing of the past. With features like pre-collision system with pedestrian detection, cruise control, lane keep assist, and standard blind spot monitors, it works to keep both you and pedestrians safe as possible. Style doesn’t sacrifice safety, and the LC 500 provides the opportune combination of prudence and sophistication.

The combination of all the aspects of the Lexus LC 500 provides an overall driving experience that is one to remember. The comfort and effectiveness of the driver is always in mind. An adjustable steering wheel customizes the car’s drive to each individual consumer. Features that are standards of lavish driving are of course included, including temperature-controlled seating and reclination abilities. Even those living the high-life may be besieged by allergy season, but the LC 500 features a deodorizing and dust/pollen-removing interior air filter to certify you’re breathing clean.

At first glance, it appears that the backseats of the LC 500 are nonexistent, but for a beach day they worked perfectly. Their companions, around a height of 5’4, were able to fit comfortably for the ride. There is also the common misconception that trunk space in typical ragtop sports cars is abysmal, but the LC 500 proves otherwise. Lowery, Sovinksy, alongside of their counterparts were able to fit all the essentials for a beach day, top down: a beach umbrella, tent, towels, and three backpacks loaded with snacks. Storage, in the case of the LC 500, is not a sacrifice.

Few automobiles have the opportunity to truly make an impact beyond the auto-world, but the LC 500 will be one remembered beyond 2020. Iconic actor Chadwick Boseman, who died earlier this year after a several yearlong battle with colon cancer, drove this particularly convertible. In his revolutionary film Black Panther, where Boseman starred as the titular character T’Challa, a version of the LC 500 was tricked out for the movie’s most exhilarating chase sequence, filmed in South Korea. Boseman’s incredible charisma, the scenery of South Korea, and the excellence of this blue version of the vehicle all came together for a sublime cinematic experience.

Though he is best known for his work in the Marvel Cinematic Universe, Boseman was an accomplished actor in a variety of genres. Not only did he play the first black superhero on the super-stage that is the world of Marvel films, but he has played historical black icons such as Jackie Robinson, James Brown, and Thurgood Marshall. He is indeed a role model for all. His final film, Ma Rainey’s Black Bottom, has received major buzz and will be released posthumously. Boseman is survived by his family including his wife, Taylor Simone Ledward. Chadwick Boseman and his terrific accomplishments demonstrate that the LC 500 is a car fit for a genuine hero.

In sum, the Lexus LC 500 Convertible is the perfect choice for those who are driven and enjoy driving; one who appreciates the finer things in life, an impeccable performance, and a classic style need look no further for their next car purchase. Perfect for any season, and at an estimated price of $112,000 this vehicle makes for a year-round luxurious experience. Its technology affirms it to be one of the best vehicles of its kind. Be bold and make a statement with the Lexus LC 500 Convertible. 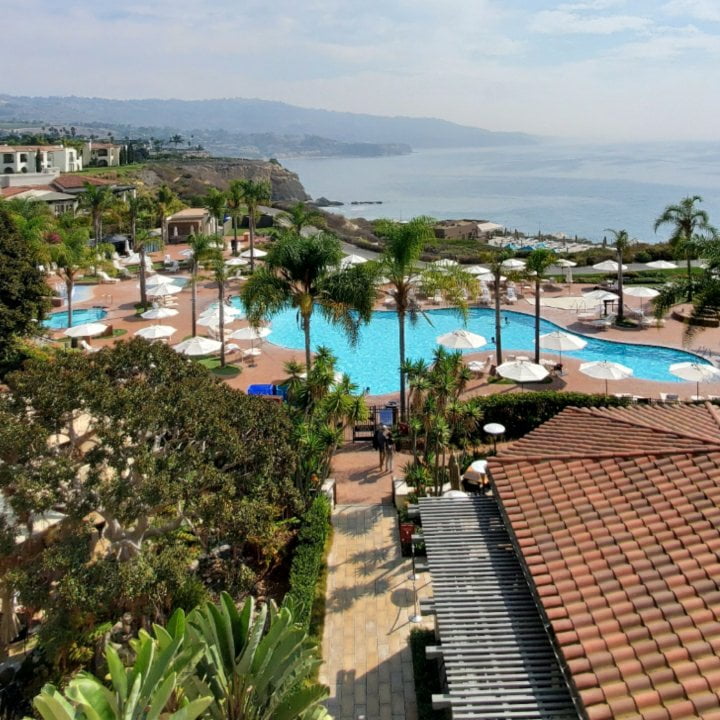 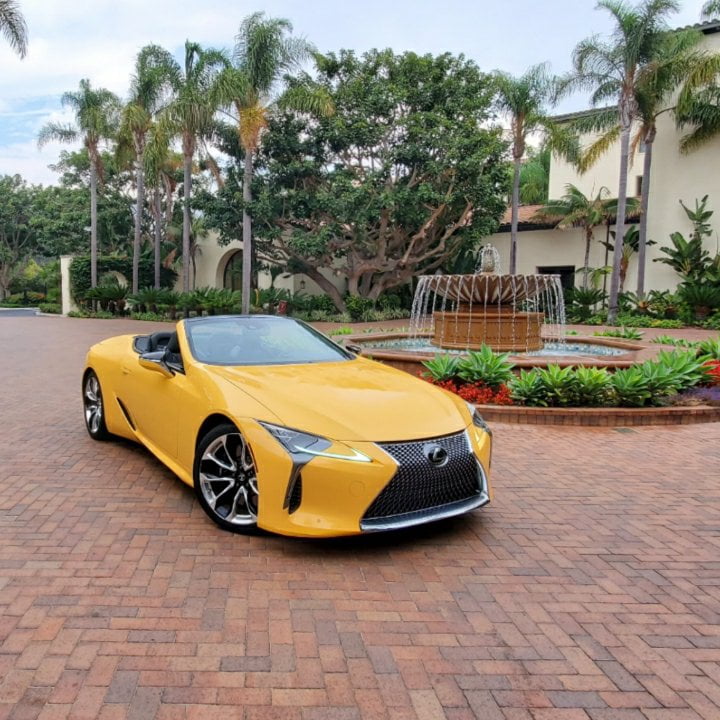 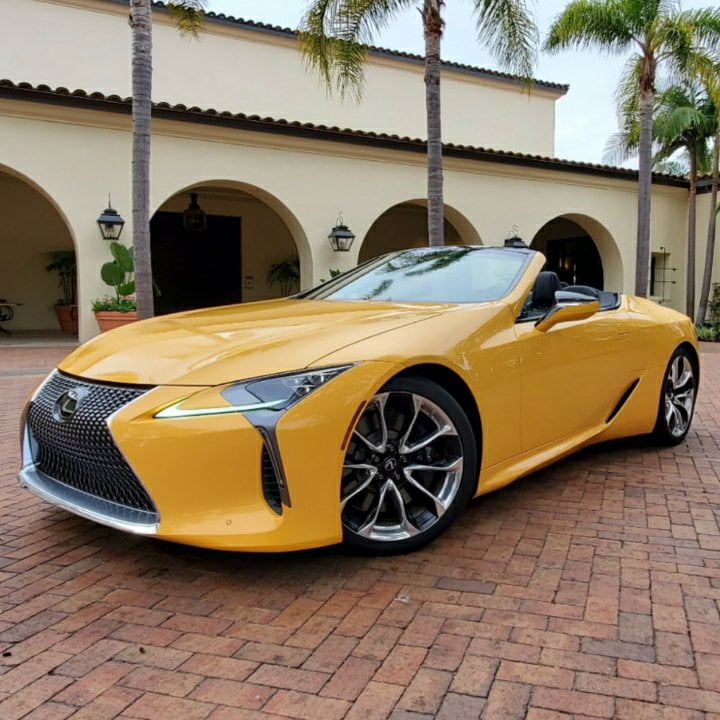 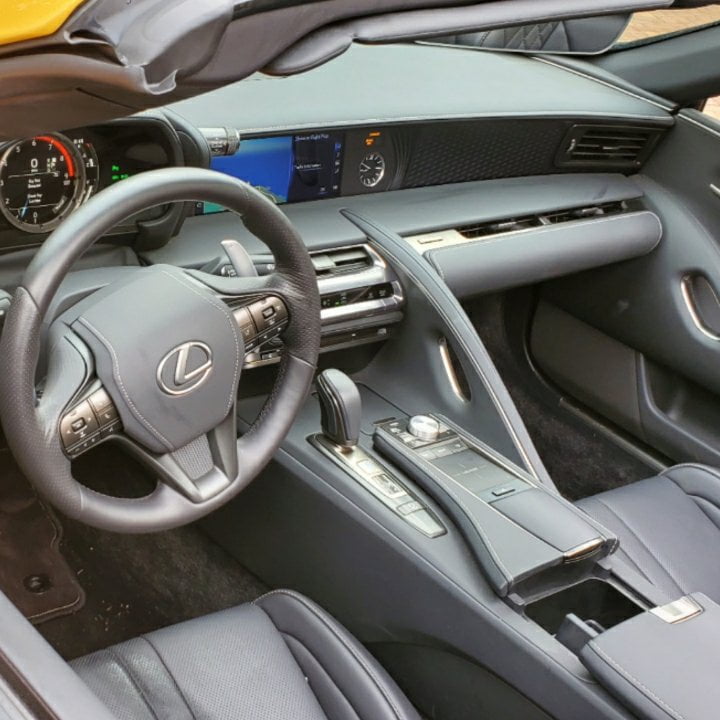