There’s no question that the Land Rover is a hallmark manufacturer synonymous with traversing over the Earth’s most spartan deserts, tundras, jungles, badlands, city streets and/or country backroads with grace and elegance. The brand best known for building competent off-road luxury SUV’s with tremendous success is testing their hand in the cabriolet SUV segment with the new 2017 Range Rover Evoque Convertible. Birthed with the history and pedigree to back up its performance capability plus nothing but evocative styling to come across the eye – looks like they got a winner on their hands.

This Range Rover takes a pretty healthy punch of accolades as standard; and jeez, do they ‘swing for the fences’ – an electronic rear differential, active torque biasing system, AWD with an active driveline and an all-terrain response system for sand, snow, gravel or mud situations. In the toughest of situations, watching over the mechanical hardware’s every move are active electronic systems which control everything from brakeforce distribution, torque vectoring, hill descent, stability control and roll. Essentially, it possesses the goods to overcome a majority of previously thought impossible scenarios.

The Range Rover Evoque Convertible has a strong hunkered down stance over the road. The Yulong white color scheme looked fit for a Stormtrooper (Star Wars); and retracting the roof (acoustic insulated top folds flush in just 18 seconds at speeds of up to 29mph) will win the “wo/man of the show” award, which we won while stuck in Hollywood traffic.

Leisurely cruising around in a convertible SUV was as blissful as it sounds, but this Range Rover aggressively moves for it’s size with frisky acceleration sprints. Hat’s off to a very dynamic 240hp turbocharged engine mated to a 9-speed automatic transmission which brilliantly disguises overall body mass. Darting around Los Angeles in the Evoque is no different than whipping around in a BMW 3 Series.

Boosting overall stimulation inside the cockpit is a 660 watt Meridian Audio system with full Bluetooth connectivity and navigation system. The Evoque is a moving off-road lounge with configurable ambient interior lighting to set the mood on your expedition. We found our comfort levels equal with the top up or down thanks to dual zone climate control systems and milky oxford leather seats.

For just under 60K, the 2017 Range Rover Evoque Convertible mimics the driving feel of both the Hummer H1 and BMW 3 Series – it’s quite magical. 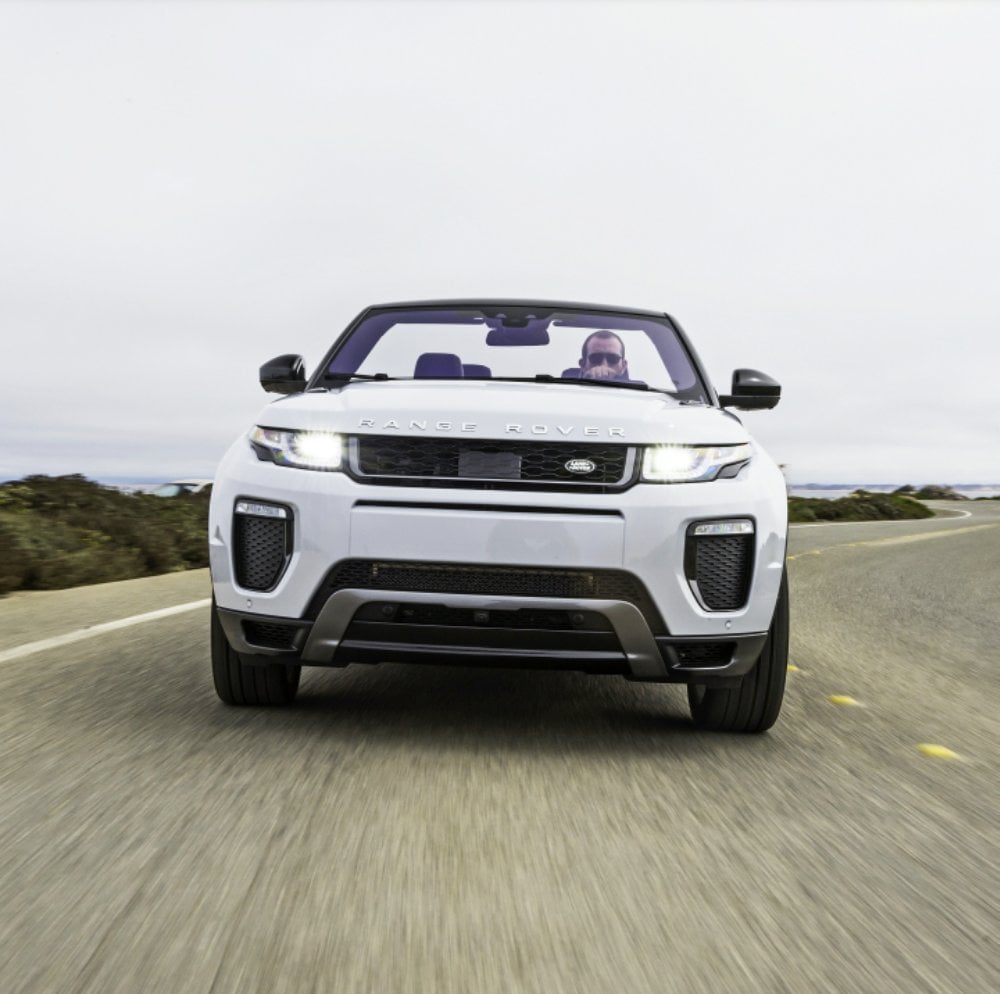 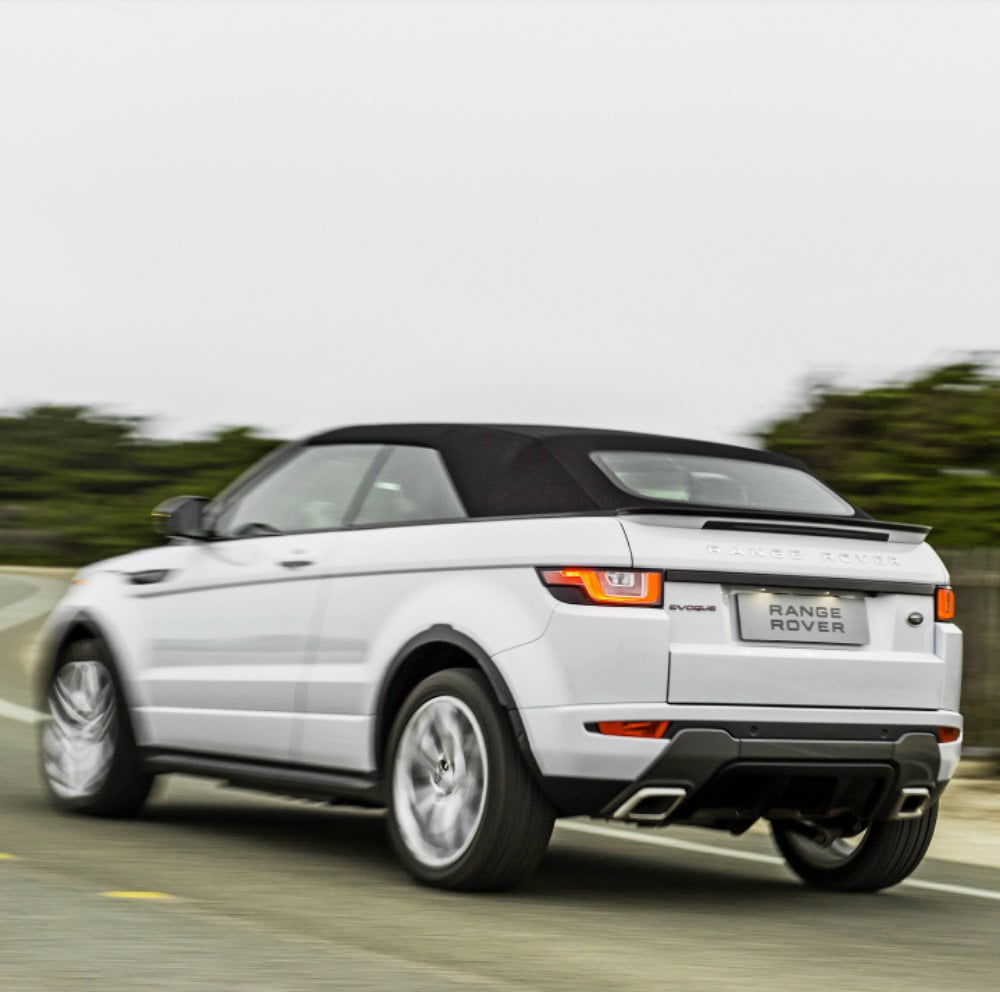