When people hear the word “Phoenix” they are reminded of the mythological story about the “Phoenix rising from the ashes.” Like most stories as legend would have it part of it is correct. Take the story of Nicholas Mayfield, if you’ve been involved in the world of fashion since 2009; Even now, you may recognize his work. His current day notables are pieces such as the extended t-shirts and the button ups to drop crotch pants and joggers just to name a few.

In recent times Nicholas Mayfield has been labeled as the designer from whom the couture brand Gucci has stolen his “strawberries” and “black faces” designs which are one of the many staples of his brand. The theft of the “strawberries” and “black faces” was the topic to L.A. Fashion Week on the Wonderland Artist 2nd Headlining Appearance, with his show “God Moves” in 2018 and in 2019 with “In The Dark There’s The Spark.”

The unique evolutionary visions of Nicholas’ mind captivate the audience to be engaged in the ideas that are the kaleidoscope of Nicholas ‘mind. As a designer Nicholas uses elements of urban everyday street life and couture fashion as the perfect combination to represent his influence on popular culture.

In the United States there are approximately 103 species of strawberries; Why do you believe Gucci bit off your strawberries and black faces?

Nicholas was contacted by well over 100 different followers, friends and clientele within 48 hours with his designs side by side with Gucci’s product. “I dropped born of an immigrant,” in 2017 a collaboration I did with barely broke on brown and black hard labor as in relevance to America’s Foundation; long before Gucci dropped their collection in 2019. Also, my strawberries are hand painted which creates the uniqueness individually personalized hand painted pieces which are done by my signature hand, the essence of my designs and style.” -Nicholas Mayfield

As a child Nicholas began drawing at the tender age of 5. He had aspirations of being a cartoonist and drawing comic books early in life. At the impressionable age of 7 years old, Nicholas had plans for a friend to spend the night, therefore his parents bought pizza, drinks and snacks and rented movies all in efforts for a great night. However Nicholas’ friend didn’t show up, Nicholas’ father saw the devastation and disappointment on his son’s face, as Nicholas went to the table and began to draw. Drawing had always been his outlet of expression. Nicholas’s father looked at him and said, “son keep drawing your characters, those are your friends.” The inspiration that Nicholas received in that moment from his father would allow him to trust in himself, and commit himself to his artistic endeavors.

People believe the Phoenix wings are on fire when it flies out of the ashes, yet the bird still soars. The mythological story beholds intrigue of supernatural phenomenon just like the characters Nicholas Mayfield drew as a child.

NM what has been up with you?

I am having a full circle moment right now, I feel like it is the 2006 Soulful Commando warehouse in Corona all over again; which began with just 5 t-shirt designs. I recently released my “Nicholas Mayfield Over Everything Collection”; which is a retrospective collection after years of designing I felt like taking it back to the drawing board of what created me to be me. I’m gassed with my first wave of hats and t-shirts being released. It’s like the art I first started doing, so it’s cool.

Has any of the social climate stemming from the murder of George Floyd by the police affected your creativity?

Oh absolutely I am a Black man of God first, not only that, “our now” is always a platform to express what is happening for the current time. I have the responsibility to let those coming after me know what the world looks like and to pay homage to those who came before me. While doing this I saw two of my brothers yesterday and what I love and appreciate more than anything is true success; it’s that we are men now, some of us are fathers; yet most importantly pillars in our community killing the Willie Lynch mentality. For God is in Us. When we were younger they called us dreamers, now they love our world that they are now apart of.

Nicholas Mayfield is a Black Phoenix. As the seasons change, his creative perspective is constantly evolving. The transformations of his interpretations of design remains progressive and renewed. His focus is to continue to “be” as it has always worked; Nicholas Mayfield continues to rise as delivers his style on a future wave. In fashion when your friend copies you, their unoriginal; When Gucci bites off of you, you’re a Trendsetter. As an independent artist Nicholas Mayfield was bent not broken as a Black designer he knows everything is earned and nothing is given. It is his unique originality that allows him to rise from the ashes, when a bird is meant to fly nothing can stop it. Not even getting burned.

KO Média is proud to announce that the January issue of ELLE Canadae stars none other than global phenomenon Beyoncé. As she unveils her new Adidas partnership for IVY PARK, Beyoncé offers a rare opportunity in this can’t-miss feature: full access. In an intimate DM session with her fans, the superstar opens up about motherhood, finding time for date nights and how she learned to feel “more womanly and secure” with her curves. “The more I mature, the more I understand my value,” she explains in the piece that hits newsstands in conjunction with ELLE US and UK. “I realized I had to take control of my work and my legacy because I wanted to be able to speak directly to my fans in an honest way.”

And for those looking for some guidance as we kick off a new decade, look no further than the whopping 30-page astrology guide in ELLE Canada’s January issue, which boasts ultra-entertaining year-ahead forecasts for every sign, an unmissable glossary of every celestial term you’ll need to know in 2020 and asks the important question: should you plan your next vacation based on your sign?

Also in this issue: Hollywood’s top stylist Karla Welch talks about the future of fashion, a report on the unlikely problem with clean beauty, a panel of Canada’s top fitness experts share the keys to successful goal setting, and an exclusive unforgettable shoot with Gucci’s one-of-a-kind eveningwear collection.

The January issue of ELLE Canada will hit stands today.

Champion®, the global athleticwear icon, is celebrating a century of teamwork with the launch of its centennial anniversary campaign – “100 Years for the Team” – that will explore what it means to be a team in 2019 from the perspective of participating teams, clubs, squads and crews across the world.

From its humble Rochester, N.Y. beginnings in 1919 as Knickerbocker Knitting Mills to its position today as one of the largest and fastest growing global athleticwear brands, Champion has always been about one thing – the team. To celebrate a century of team spirit, Champion will engage with teams small and large around the world to share their passion about teamwork and what it means to them to be a team.

Throughout the year, Champion will highlight and celebrate teams through social media, a special website, exclusive product collections, events and influencer partnerships. Select teams will even be featured in a centennial celebration video.

“This significant milestone for Champion allows us to reflect on what ‘team’ and the evolution of ‘sports’ means today to consumers around the globe,” said Jon Ram, Group President, Global Activewear, Hanesbrands Inc. “Helping people come together as teams and being innovators in the industry has been an important part of our brand’s story since the very beginning. Now is the time to look ahead and celebrate how teams today have the power to change the world for the better, and how we assist in enabling them.”

The campaign will launch with a special film that features someone who has experienced the power of the team personally – the iconic basketball legend Magic Johnson. In the film, Johnson shares his reflections and insights into what truly makes a great team.

“As part of the ‘Dream Team’, I experienced first-hand the power of people coming together to achieve great things,” said Johnson. “I’m pleased to celebrate the power of teams in Champion’s 100th anniversary campaign.”

From its inception, Champion has been a part of some of the most important moments in sports and cultural history. From designing collegiate apparel to supplying military uniforms, and dressing iconic sports teams such as the gold medal-winning 1992 U.S. Olympic Men’s Basketball “dream team,” Champion has proudly outfitted a broad range of teams over the past 100 years. Be it on the field, on the court or in the street, Champion has been embraced by teams around the world. Champion has also been at the forefront of innovation since its establishment with patented creations, such as the iconic Reverse Weave sweatshirt. In 2018 the Reverse Weave hoodie was permanently installed into the Museum of Modern Art in New York City.

100 Years for the Team Campaign

Throughout the year, Champion will showcase a variety of modern-day teams while also looking back at key milestones in the brand’s rich history that have cemented the signature ‘C’ logo within sports and popular culture. The 100th anniversary campaign will feature a global digital and social media campaign, a limited-edition Century Collection, and partnerships with key influencers.

“The ‘100 Years for the Team’ campaign allows us to connect with teams throughout the world to really show what team means during our centennial anniversary, in addition to partnering with the legendary Magic Johnson to celebrate and explore his own authentic history of passion and team spirit,” said David Robertson, Director of Brand Marketing. “Whether you’re a sports team of four from Tokyo or a team of three hundred from Texas interacting in everyday life, Champion wants to find you and to share your story.”

Teams are encouraged to share their stories via social media using #Champion100 or through the Champion100.com website for the opportunity to receive limited-edition product, be featured in a centennial celebration video and spotlighted on Champion’s social media channels and website. Limited-edition product collections, events and influencer partnerships will be announced throughout 2019. For further information on the Champion “100 Years for the Team” campaign, please visit the website and follow the brand on Instagram, Twitter and Facebook. 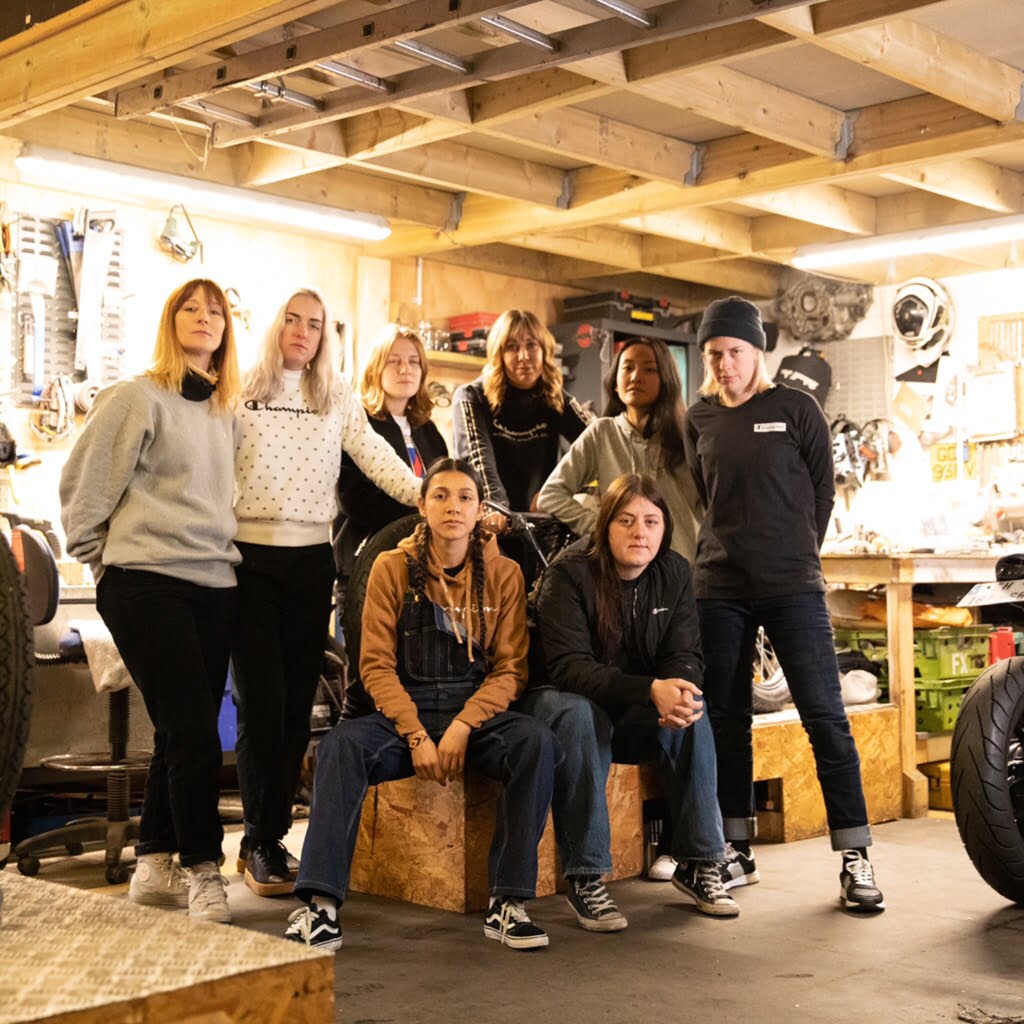 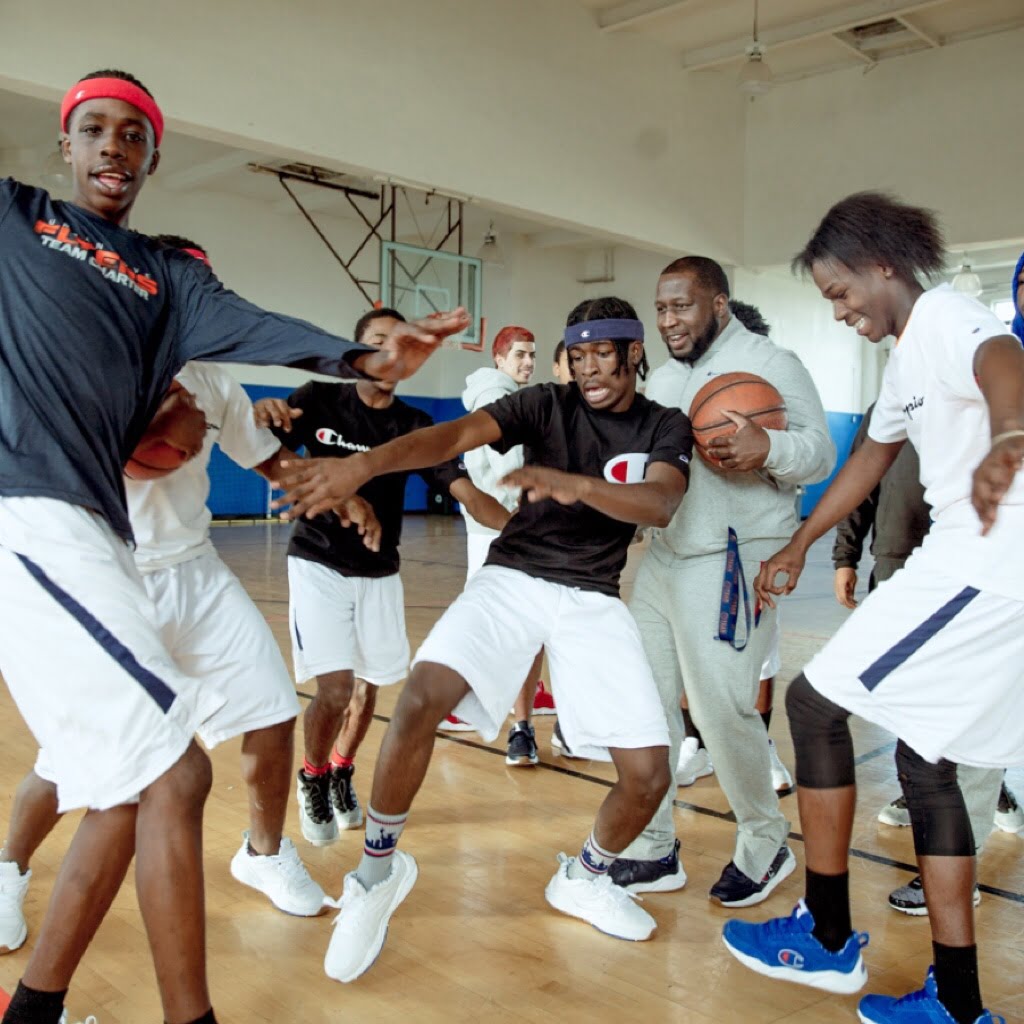 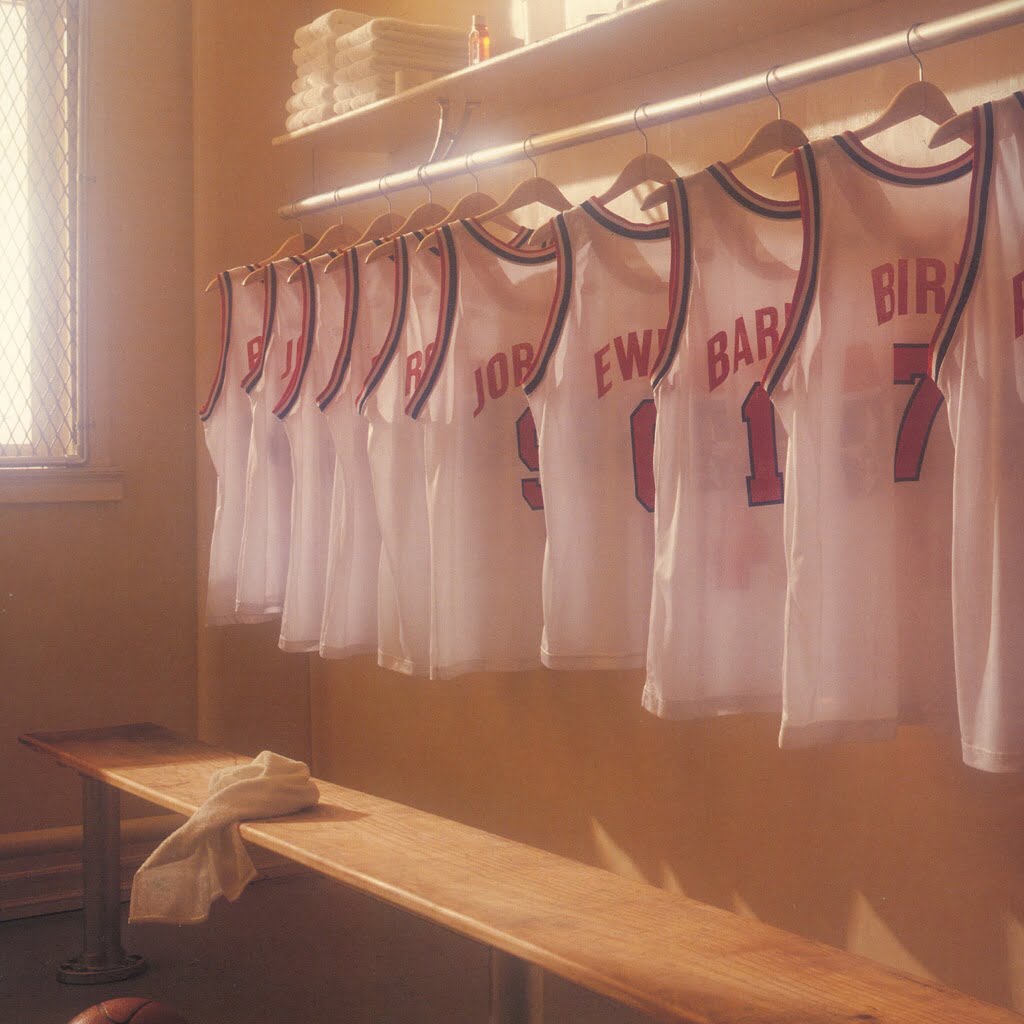