The American children’s author, political cartoonist, illustrator, poet, animator, and filmmaker, the brilliant Theodor Seuss Geisel. Dr. Seuss has been extremely well known ever since he started his books and films. The books and films are classics and bring joy and childhood memories.

Dr. Seuss was born on March 2, 1904, and released his first book in 1937 called And To Think That I Saw It on Mulberry Street. In total, he has written over 60 books and sold over 600 million copies throughout his career. In his early career, he attended Lincoln College at the University of Oxford for English literature, but left without receiving a degree and came back to the U.S. After moving back to the United States, Dr. Seuss began to send his work to different advertising agencies, magazines and publishers. In 1927, his first cartoon was published in The Saturday Evening Post.  His career was long, successful, and brilliant.

In the latest news, Dr. Seuss will stop being published due to “hurtful and wrong racist images.” In his books and cartoons, there has been ‘insensitive’ imagery that is causing this news. Dr. Seuss’s enterprise assured consumers that the books which are no longer being published are a part of the plan to “ensure Dr. Seuss Enterprise’s catalog represents and supports all communities and families.”  The decision of this issue most definitely was not easy for the Dr. Seuss organization. Since this is such a serious and sensitive issue, it required for the organization to think it through, bring in experts, and spend long hours deciding on what is best way to maintain Dr. Seuss’ name and be sensitive to all of his readers.

Not all of his books will stop being published, but they still will all be carefully inspected. The confirmed books that will no longer be available for purchase are McElligot’s Pool, On Beyond Zebra!, Scrambled Eggs Super!, The Cat’s Quizzer, And to Think That I Saw It on Mulberry Street, and If I Ran the Zoo. The Cat In The Hat has also been under discussion concerning discontinuation, but will be fully examined before any decisions are made.

In The Cats Quizzer, the Japanese character has a bright yellow face and is standing on Mt. Fuji. If I Ran A Zoo shows examples of orientalism and white supremacy. Another issue with the Dr. Seuss books has been that a majority of the human characters are white, which makes it appear that Dr. Seuss focuses on white men and women.

A school in Virginia has already banned the copies of these Dr. Seuss books, and others are having similar discussions.

Even in death, Dr. Seuss receives backlash from his work along with many other brands such as Aunt Jemima pancake mix and Uncle Ben’s Eskimo Pies, which also had to change their branding due to racial issues. Brands from this point on need to pay close attention to their advertising to ensure that they’re being inclusive of all audiences.

The team at 360 MAGAZINE has curated a list of their favorite products and we’ve put them into a Holiday Round Up to show our readers even more excellent gifts. We know 2020 hasn’t been easy on anyone so this holiday season is the best time to show those one’s you love how much they mean to you with a personal gift. From everything from stocking stuffers or a big gift, for those near and far, these items are sure to be special for your friends and family.

Check out our favorites below from bottles to snacks to everything in between. 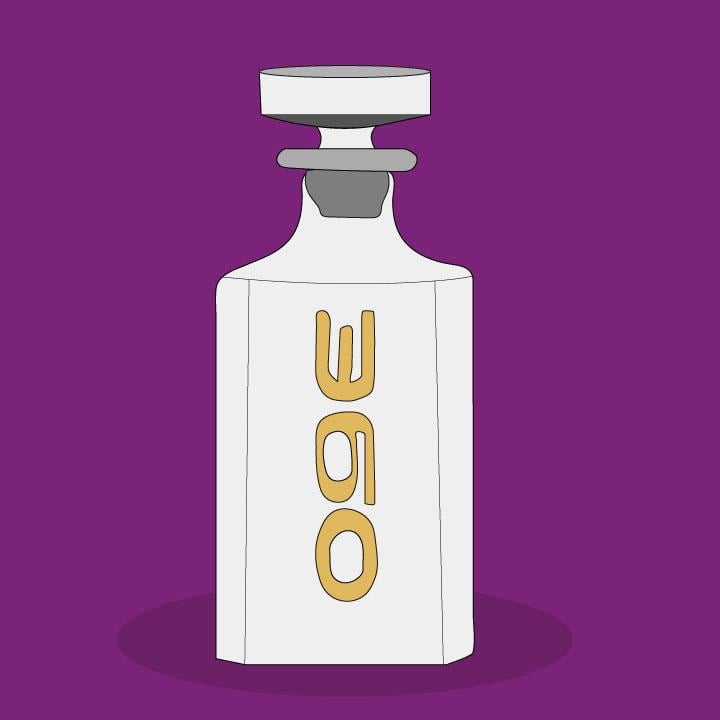 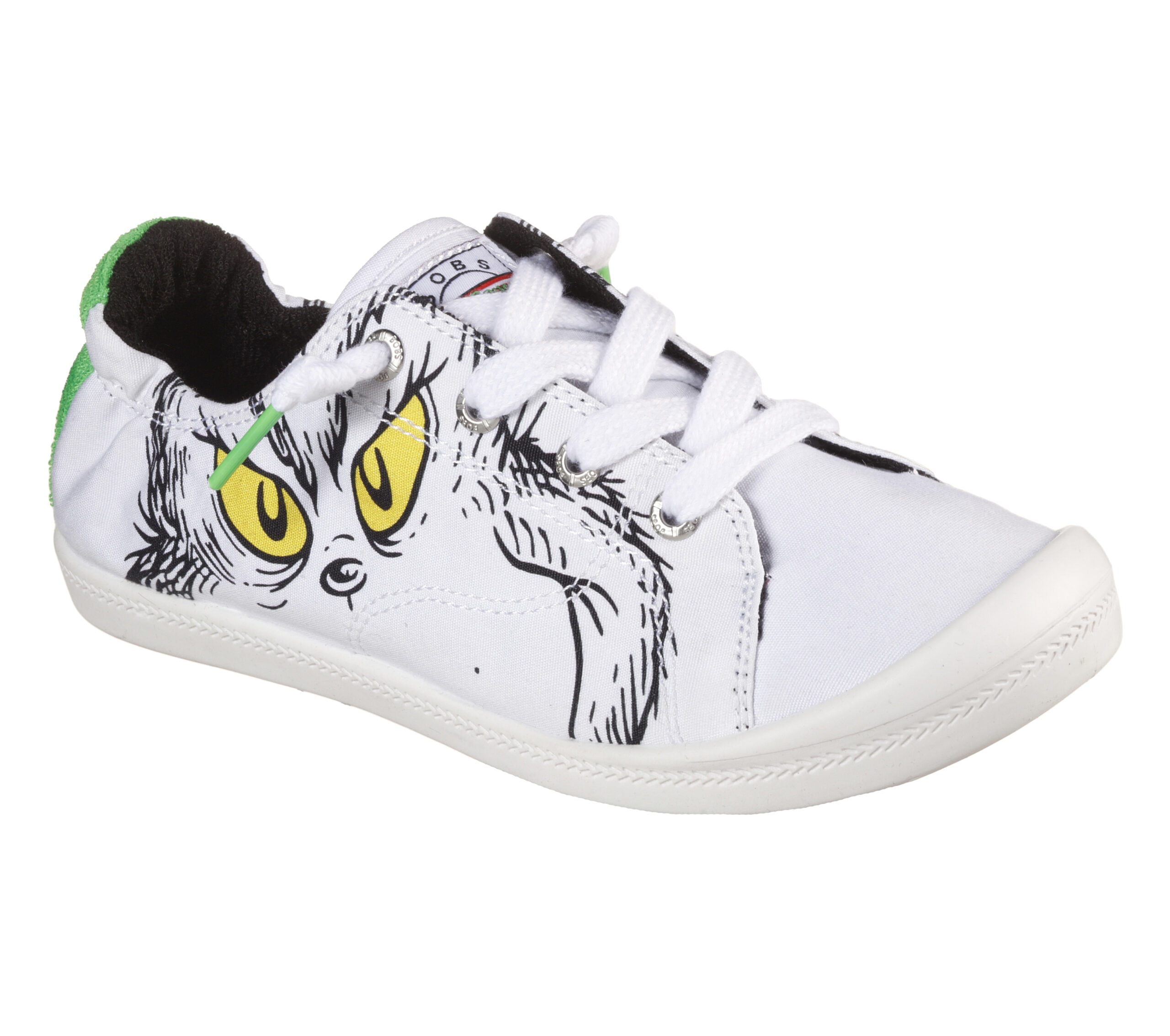 All can agree that 2020 has been quite Grinch-y year, so just in time for the holidays, the whole family can dress the part with the new  Dr. Seuss Collection. Available in both women’s and kid’s sizes, even Cindy Lou will love these fun and festive sneakers featuring The Grinch. The Dr. Seuss Collection is available on Skechers.com for $42 – $85. And hey, once you buy, you can go back to your regular at-home schedule… “4:00, wallow in self-pity. 4:30, stare into the abyss. 5:00, solve world hunger, tell no one. 5:30, jazzercize; 6:30, dinner with me. I can’t cancel that again.” – The Grinch. Get your street beat sneakers in style for the holiday season!

Mother & son duo Frann and Neil Edley have made it their mission to work together and bring a little more sweetness into the world with Sugar Plum Chocolates, offering premium chocolates and confections to worldwide customers for over 25 years. Using only the finest ingredients for their delectable treats, generations of customers have trusted Sugar Plum with all of their snacking and gift-giving needs and have been coming back for seconds, thirds, and more!  All of their delicious gourmet treats are lovingly hand crafted and made from their bakery and kitchen in Kingston, PA. Ideal for the small get togethers you might be hosting this season, or for sending to a loved one you can’t quite reach. Delicious for all!

The Original Muck Boot Company has been rolling out the sturdiest muck boots for all outdoor activities. From mud to snow, these boots ensure to keep your feet dry and warm no matter the conditions. The camouflage pattern ensures to blend in with all your hunting gear. They are 100% waterproof which makes them a great gift for any outdoor lover. The boots above are currently on sale for $130, marked down from their original price of $205. However, some styles start as low as $100, an amazing price for such a sturdy shoe.

The Original Muck Boot – Starting at $100 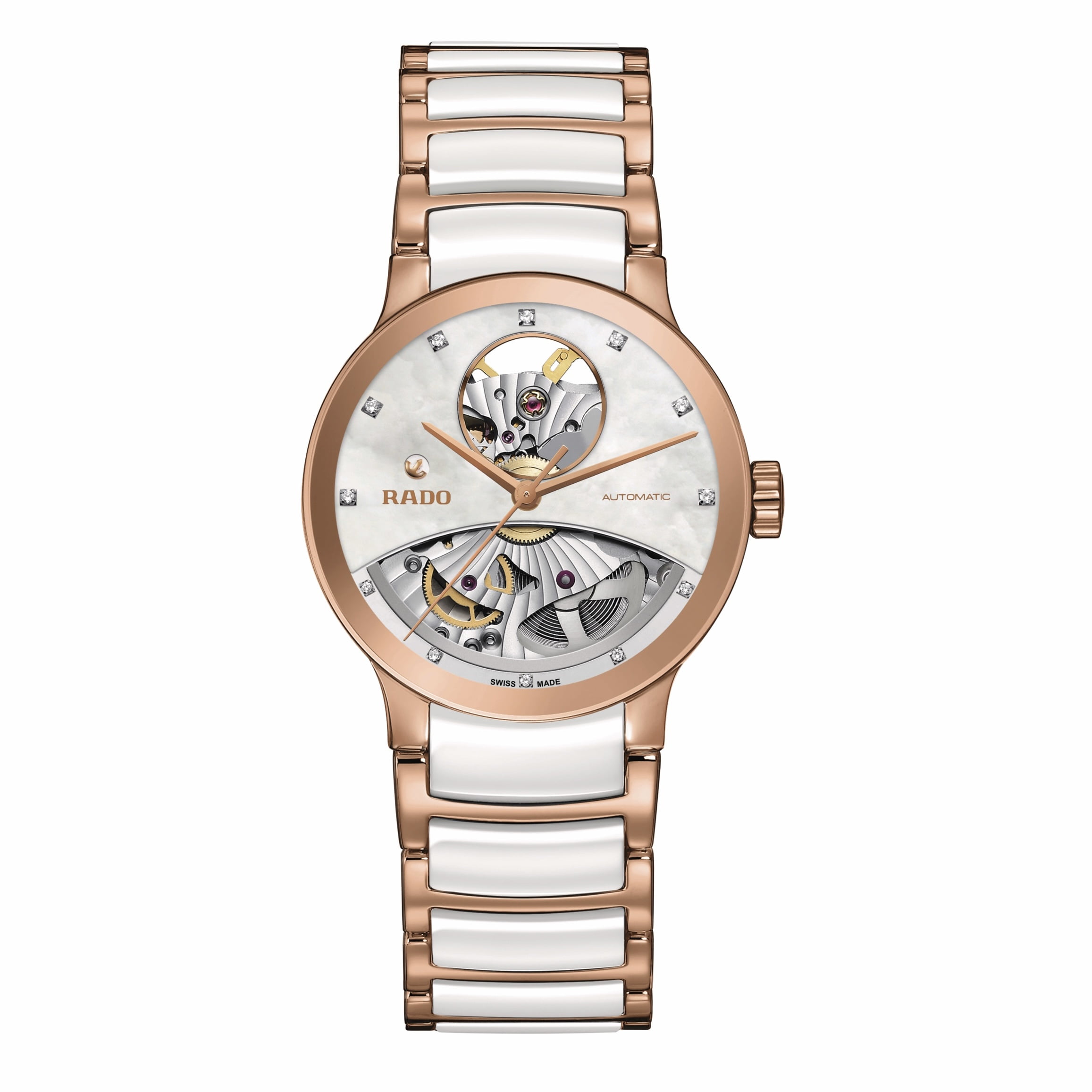 The Rado Winter Selection for 2020/2021 defines exquisite watches. The selection includes expertly chosen watches that open up infinite possibilities for the new year. The timepieces have been designed to be sturdy while still elegant, so they will last a lifetime. The watches have shimmering accents that will look beautiful no matter the occasion. The watches in this collection make the perfect gift for anyone who values style and wants a high-tech timepiece. Rado offers both men’s and women’s watches which makes these watches a perfect gift for a loved one. 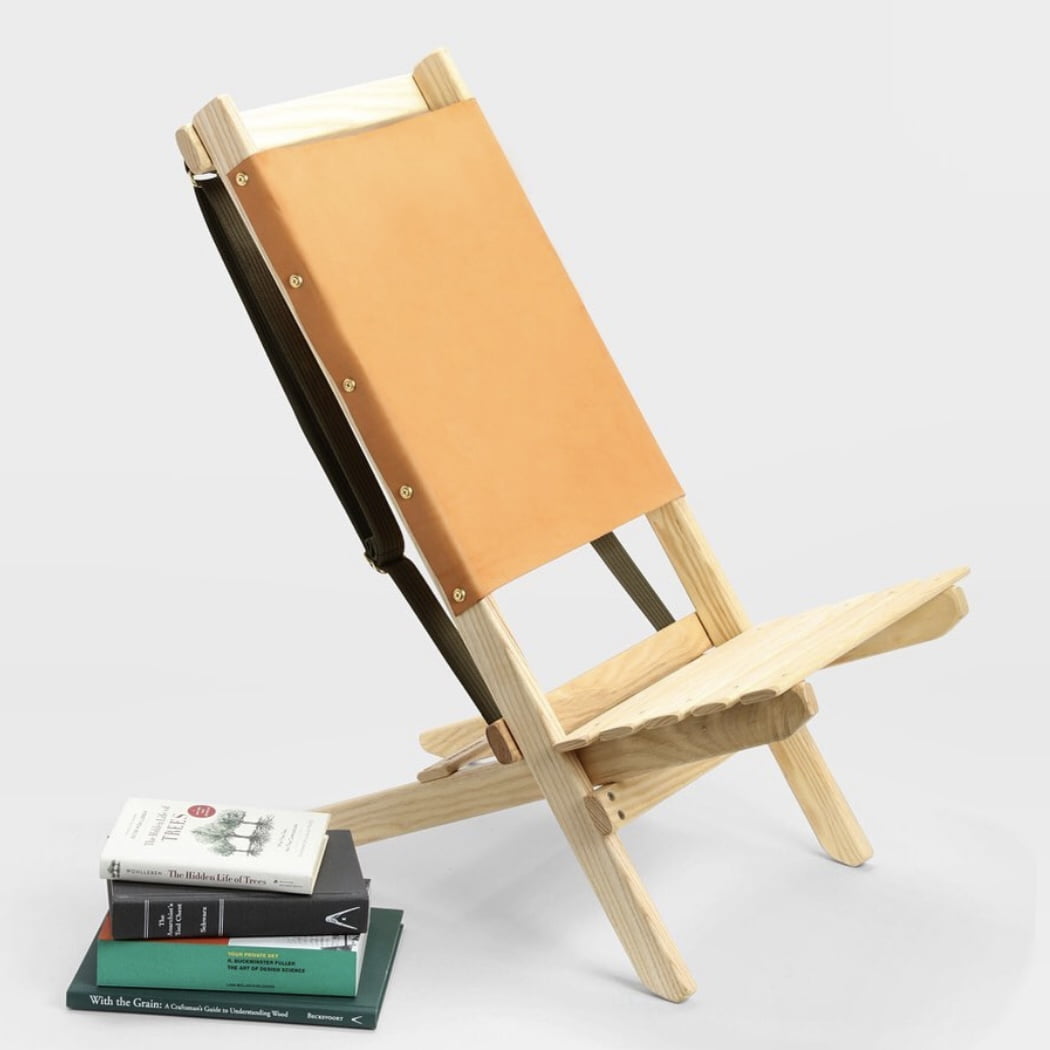 Blue Ridge Chair Works makes the most versatile chairs for everyone that loves relaxation. The Caravan Chair is a smaller version of the classic model and is perfect to bring to the lake or beach. It’s also the perfect size to fit in a small room or apartment. Made from sustainable materials entirely in the United States, this is a gift to feel good about giving. There is a variety of styles available on the Blue Ridge Chair Works’ website and these chairs are a wonderful gift for anyone that wants a functional and easy to use seat.

Champion Athletics is launching a limited-edition capsule collection, Champion x Dr. Seuss.  The collection will be available exclusively at Champion’s six retail stores in major cities across the country and on Champion.com starting October 2 and spans hoodies, t-shirts, joggers and crops for both men and women.

The collection taps into the nostalgia of Dr. Seuss and resonates with consumers looking for a colorful nod to their childhood.  Classic Champion staples, such as Reverse Weave®, are reinterpreted with iconic Dr. Seuss designs and available in a variety of colors including red, gray, black, orange and white. The apparel features screen-printing, embroidery and patches of Cat in the Hat, Horton, Thing 1 and Thing 2, Green Eggs and Ham and more.  Dr. Seuss themed customization will be available at all six Champion retail stores.

COUNTRY CHRISTMAS VINYL ALBUMS PERFECT FOR THE TURNTABLE OR TREE

With their shared love of storytelling and tradition, Christmas and country music have gone hand in hand since the genre’s beginnings. Dating back to the late 1920’s some of the earliest country singers recorded songs about Christmas. In 1949, country Christmas music became mainstream when singing cowboy Gene Autry topped the charts with “Rudolph, The Red-Nosed Reindeer” and Ernest Tubb popularized “Blue Christmas” several years before Elvis made it the classic it is today. Ever since, the genre has been the perfect vehicle for the range of emotions that the holiday season can bring.

Whereas country and Christmas go together as great as a partridge in a pear tree, there’s no better way to listen to these seasonal sounds than on vinyl. From the 30th anniversary reissue of Reba McEntire’s first Christmas album to Lady Antebellum and Darius Rucker’s beloved collections getting their first-ever release on vinyl, UMe has several country Christmas records to put under the tree or on the turntable to make your holiday gatherings even brighter.

In celebration of the 30th anniversary of country icon Reba McEntire’s timeless double-platinum album Merry Christmas To You, the long out-of-print record has been reissued on vinyl for the first time since its original 1987 release. Pressed on standard black vinyl and featuring the ‘90s cover image from the CD version, the album that first celebrated McEntire’s love of Christmas includes her beautiful and joyous takes on traditional Christmas tunes like “Away In A Manger,” “O Holy Night” and “Silent Night” and seasonal standards like “White Christmas,” “I’ll Be Home For Christmas” and “The Christmas Song (Chestnuts Roasting On An Open Fire).”

Originally released in 2012, Lady Antebellum’s On This Winter’s Night is making its vinyl debut just in time for the holidays and the album’s five-year anniversary. The 12-track collection on standard black vinyl sees Lady A put their unique spin on an eclectic mix of holiday favorites including “A Holly Jolly Christmas,” “All I Want For Christmas Is You,” “Have Yourself A Merry Little Christmas” and “Blue Christmas” and features the gorgeous original title track, written by the band. The Gold-selling album offers a variety of musical styles and sounds, from gentle acoustic guitar and strings to fiddle to sleigh bells and swinging horns, with the trio’s unmistakable harmonies front and center. As All Music exclaimed, “This is a Christmas album for the hustle and bustle of the holiday season, a soundtrack for days of shopping, present wrapping, and parties filled with good cheer.”

Make sure to check out Lady Antebellum perform album tracks “This Christmas” and “Silver Bells” on “CMA Country Christmas” on Saturday, December 23 on ABC.

Order On This Winter’s Night:http://UMe.lnk.to/LadyAOTWN

On Darius Rucker’s Home For The Holidays, the acclaimed singer mixes up country, soul, swing and R&B for an album that has something for everyone in the family. The dozen songs combine holiday chestnuts like “Let It Snow, Let It Snow, Let It Snow,” “Winter Wonderland” and “Hark! The Herald Angels Sing” with two Rucker originals “What God Wants For Christmas” and “Candy Cane Christmas.” Rucker is joined by friend Sheryl Crow on the time-honored duet “Baby, It’s Cold Outside” and has some childhood fun on the Dr. Seuss classic “You’re A Mean One, Mr. Grinch. Produced by Frank Rogers, the album is available on standard black vinyl for the first time.

Order Home For The Holidays:http://UMe.lnk.to/DariusRuckerHFTH

6. Happy Birthday Jesus (I’ll Open This One Just For You)

8. I’ll Be Home For Christmas

10. The Christmas Song (Chestnuts Roasting On An Open Fire)

3. All I Want For Christmas Is You

4. I’ll Be Home For Christmas

7. On This Winter’s Night

9. Have Yourself A Merry Little Christmas

2.Have Yourself A Merry Little Christmas

3.What God Wants For Christmas

6.I’ll Be Home For Christmas