From 2005 to 2013, Joe Coss – lead vocalist of Long Island based band Liquid Phase spent his days traveling from Long Island to downtown New York City to work as the Lead Mechanical Engineer on the new World Trade Center. His journey became chronicled in the band’s song “Bright Colors”, which brings to light the poetic landscapes from the cliffs of the East end to the “Castles” of the cities skyline.

Liquid Phase, the NYC Rock Band from Montauk, is a five piece rock outfit featuring Coss on Vocals and Guitar, Jamie Grubb on Keyboards, Dan Zellan on Guitar and Vocals, Dan Collins on Bass, and Steve Collins on Drums. The band brought its diverse blend of colorful laid-back surf and skate beach music as well as its hard hitting electric rock and alternative sound to stages across the U.S., opening for guitar legend Slash of Guns n’ Roses and famed Southern Rockers Lynyrd Skynyrd. 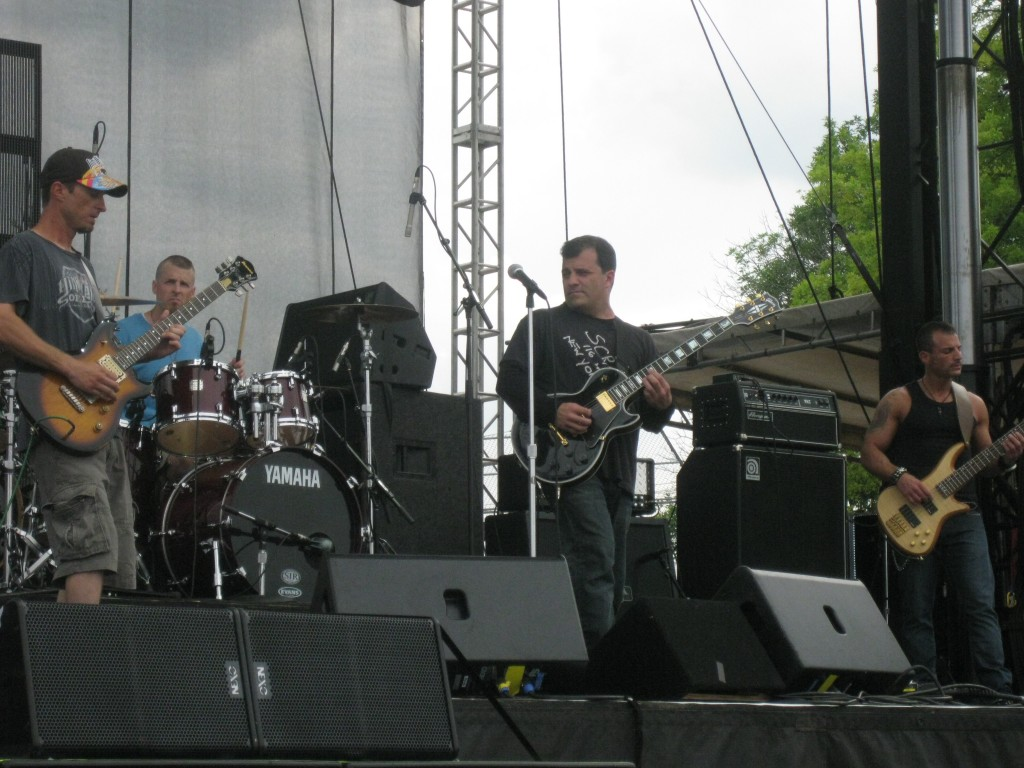 “Bright Colors” is an infectiously upbeat song which brings to light Coss’s love for both the city whose most triumphant landmark he’s had the privilege of erecting to the oceanside oasis that is Montauk, NY. This comes to light in the songs lyrics “See a row of purple roses live on the oceanfront // And the cliffs of Earth eroding slower than we have fun // When I climbed up the iron ladder the sky was the bluest one // Looking out as our friends were leaving just as the keg was done” and coming full-circle with “Look West as the sun sets, castle stands in our way // Out East there’s an orange moonrise, radar’s aimed our way”.

The song – coupled with Coss’s diverse background (from his days as a Berklee College of Music student to his work in theoretical physics) and his relationship with legendary Singer/Songwriter Paul Simon and wife Edie Brickell – have made for an incredibly unique blend of infectious rock and pop. The band was invited by Brickell to rehearse in Simon’s home studio in Montauk while Joe also worked on Guitar Lead’s and Charts with Edie before receiving a prized gift – Edie’s custom Orange Electric Tom Anderson Guitar.

Now, as the band continues to write and perform throughout the NY area and all over Long Island – they’ll bring their unique sound to fans new and old!

To Check Out “Bright Colors” and More of the Band’s Music, VISIT: Reverbnation.com/LiquidPhase1/Songs