Pop prodigy Heavenly Reyna has released the stripped-down, piano-driven version of her anticipated upcoming single “EXIT.” Press here to listen to the acoustic track, a quirky, pop-infused ballad which compares the pain of heartbreak to the agony of LA traffic. The accompanying video finds Heavenly with nothing but a piano as she reflects on the anguish left behind in the wake of a breakup. Press here to watch the “EXIT” acoustic video.

“As a trilingual artist, I love global stories that we can all relate to,” says Heavenly. “I’ve grown really fast on Twitch and ‘EXIT’ has always been one of my most popular songs there because everyone can relate to heartbreak and agonizing traffic. I like the juxtaposition of comparing a breakup to traffic as it adds a twist to the song.”

Heavenly celebrated the release of the acoustic version of “EXIT” with a special Twitch livestreamed release party which Twitch promoted on their front page. In addition to performances during the livestream, Heavenly partnered with Røde Microphone to host a giveaway for viewers that tuned in. Press here to view their Twitch channel.

Readying to step into her own, and previously releasing music under the moniker Mozart, “EXIT” marks Heavenly’s first release under her birth name. A prolific singer, songwriter, and multi-instrumentalist, Heavenly has brought together her love of music and her diverse experiences into her songs including her previous single “Push You Harder,” an inspiring, female empowerment anthem about succeeding in the face of adversity which received acclaim from LA Weekly, Celeb Secrets, and Pasadena Weekly. Press here to watch the music video for the track which was written shortly after Heavenly’s 17th birthday and draws inspiration from strong women throughout history.

Raised in 48 countries as her family travelled the globe and documented their adventures as travel bloggers, Heavenly shared her experiences of how these ventures played an influential role in her life in a 2016 TED Talk. Using her music as a cultural bridge to bring people together through relatable storytelling that transcends individual cultures, Heavenly is fluent and crafts songs in English, Mandarin Chinese, and Spanish. She has gone viral on TikTok for performing covers of popular songs in a multitude of different languages, recently catapulted to over two million channel views on Twitch after becoming a partner, and headlined shows on her European solo tour.

Since kicking off her musical career as a teenager, Heavenly featured next to Ariana Grande in her “God is a Woman” music video, appeared on MTV songwriting with Bebe Rexha, was a featured singer in both Halsey’s and Lindsey Stirling’s documentaries, starred in in the Brat series The Talent Show, and was crowned the winner of the International Songwriting and Unsigned Artist competitions. Taking her talents into the world of acting, Heavenly also won a Best Actress Award for her dramatic lead in the film Rose, and recently starred in two new thrillers, Fame at a Deadly Cost and Glass Darkly.

Buy/Stream No Escape Out Of Time:

Having spent the first half of 2017 releasing tracks and installments from No Escape Out Of Time, London based quartet RITUAL today unveil the full project, available via Astralwerks HERE. A stellar collection of tracks complemented by a short film from Jackson Ducasse, the ice-cool pop of RITUAL and sharp cinematics of Ducasse combine beautifully to create a wonderful audio/ visual experience. Speaking on the film, director Jackson Ducasse states:

“No Escape Out Of Time’ is the culmination of a two year collaboration with RITUAL, a project that has enabled each of us to develop and manifest themes and ideas that have fascinated each of us for some time. I had been watching Films like La Jetee, Solaris and Eternal Sunshine Of The Spotless Mind. Each of these films deal with memory loss and play with time in unusual and inventive ways- this inspired me and the band hugely. Not only that but we were all getting a bit sick of the average music video – girl and guy having a lovely time in a beautiful location – we wanted to turn that on its head and present a nightmarish inversion of that template. I would like to think that we managed to bring all of those ideas together in an interesting way.

For me as a director it’s the biggest and most ambitious project I’ve been a part of and something I’m incredibly proud to have been involved in.”
Speaking on the No Escape Out Of Time project, RITUAL explain:

“The ‘No Escape Out Of Time’ visual project was something that really developed after we had written the song “Drown The Lovers.” We are big film fans and have always been obsessed with the screenplays and work of Charlie Kaufman.

His take on themes of memory, time and love in ‘Eternal Sunshine Of The Spotless Mind’ especially really interested us when we were talking about a visual exploration of the lyrics in “Drown The Lovers.” The film and the songs on the project as a whole explore the ideas of the lifespan of a relationship, something that can start so pure and beautiful but can end so bitterly. From “Real Feels” through to “Better By Now” there is a journey that is ultimately summed up best by the chorus ‘It Wouldn’t Be Love, if it didn’t hurt nobody.'”

Earning the acclaim of the likes of Zane Lowe, FADER, NME and Noisey for their dark brand of pop, No Escape Out Of Time serves as the next step from RITUAL, who penned the Dua Lipa hit “Hotter Than Hell.” Stream the project in full here via Astralwerks: http://ritual.lnk.to/NEOOTPR 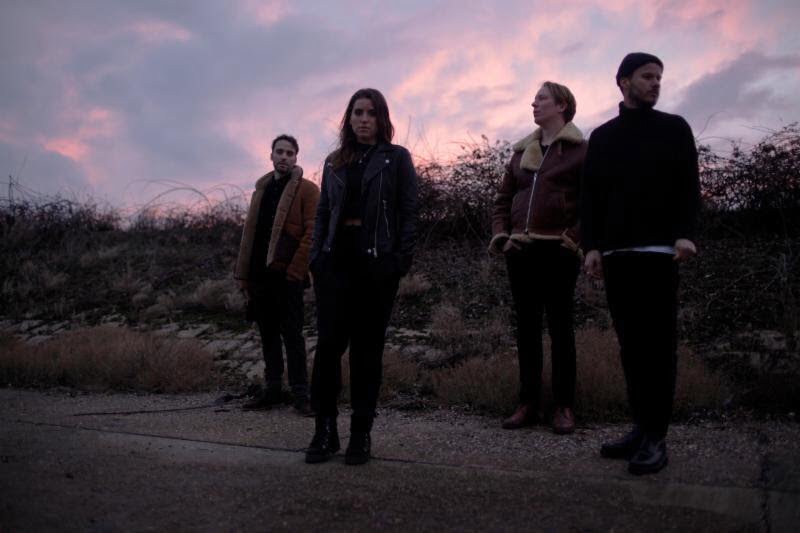