Aston Merrygold has debuted the video for his track ‘Get Stupid,’ currently featured on the latest Samsung Galaxy S9 TV advert and recently the most #1 Shazamed advert in the UK, having just completed a sold out tour of the UK and Ireland, including a show at London’s KOKO venue.

The video, filmed at Aston’s dance studios BASE in Vauxhall, London, has been made in conjunction with mysnapp, a mobile app where fans can shop the fashion worn in the video, including exclusive clothing designed by Aston and only available through the app (mysnapp.co.uk).

The Samsung Galaxy S9, which was launched worldwide by Samsung on February 25th and heavily features ‘Get Stupid’, catapulted the pop track back into the charts globally, currently charting in 36 countries including Top 40 in the USA. This week ‘Get Stupid’ shot up to the coveted position of the #1 Most Shazamed Advert in the United Kingdom, topping global brands including H&M, Missguided and M&S.

Aston said “It’s amazing to see Get Stupid back in the charts as part of the Samsung S9 Galaxy campaign. The advert has given the song a whole new lease of life. I’ve always believed in this song so I couldn’t be happier it’s getting this recognition.”

The track, which was written with Karen Poole and Sonny J. Mason, is an electrifying score with celebratory horns, pulsating bass grooves and vibrant rhythms topped by Aston’s ultra-charismatic vocal delivery. It’s pure contemporary pop grounded within the finest traditions of sixties R&B, with the entire song created with live instrumentation, the record has an electrifying if not jaw dropping effect when Merrygold takes it to live performance.

‘Get Stupid’, initially released in July of 2015, took Aston from UK boyband sensation as part of JLS (10 million records sold worldwide), to platinum selling solo artist in international territories – he toured Australia off the back of ‘Get Stupid’ being one of the most played songs on radio, as well as winning Best New Song at the RTL Awards in Italy. The song also caught the attention of James Corden, who invited him to perform on The Late Late Show in the US, as well as performing at Shazam’s International Conference in Los Angeles.

Aston has spent the last three years touring, writing new music for himself and other artists including co-writes in the Asian market. ‘Bounce’ by TVXQ, co-written by Aston, is currently #1 in over 13 countries, and top 10 in the global chart. He’s also due to feature in his debut film role in ‘Boogie Man’ (directed by Andy Morahan), release details TBA. Additionally, he was invited to join Kygo on his summer tour, and the pair will continue to work together this coming summer.

In 2017 he performed to over 10 million people weekly on BBC1’s prime time Strictly Come Dancing. Aston is continuing this journey with past Strictly winners Harry Judd from McFly and Olympic champion Louis Smith on a two month UK tour which will see the three boys performing to music from the 60s, as part of the Rip It Up show. The London show will be at The Palladium on October 12th.

Influenced by the likes of the late Michael Jackson when he takes the stage, Aston has proven to be a dynamic performer, featuring as a judge on Got To Dance, as well as recently launching his new business venture BASE Dance Studios.

In early 2018 Aston also became a father for the first time, with him and his fiancé welcoming his son Grayson Jax Merrygold, with a wedding due for later this year. 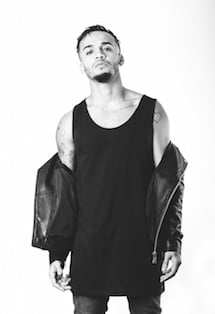 The final day of the Land Rover Kentucky Three-Day Event started in dramatic fashion with both Michael Jung and Christopher Burton’s horses instructed to go to the holding area during the final horse inspection. Tensions were high as the packed crowds waited eagerly for the leading riders to re-present, with both horses eventually passed by the judges.

Over 25,000 spectators flooded the stadium in anticipation of one of the closest competitions in history at the Land Rover Kentucky Three-Day Event with only 1.2 penalties separating the top three riders, Michael Jung, Christopher Burton and Oliver Townend respectively.

Fifth-to-go, Marilyn Little aboard RF Scandalous, displayed a text-book clear round finishing to an eruption of applause from the patriotic home crowd, hoping to see a US rider victorious for the first time since 2008. This dream was short-lived as next in to the arena was Great Britain’s Oliver Townend who produced the ride of his life to go clear, celebrating in style with his fist punching the air in recognition of his incredible round. This heaped further pressure on the final two riders. Australia’s Christopher Burton followed but had an unfortunate eight faults pushing Townend closer to the coveted prize.

Only one rider could have prevented Townend’s success; all eyes fell on the three-time defending champions, Michael Jung and FischerRocana FST as they entered the arena, hoping to make history once more. On this rare occasion Jung was unable to clinch the title with four faults dropping him into second place to give Townend a well-deserved victory and keys to a 12-month lease of a Land Rover Discovery vehicle.

“It’s a different world, it’s something I have dreamt of for a long time. We have come a long way to be here and the owners have funded it so I am so grateful to them for this opportunity,” Equestrian Oliver Townend said. “The Land Rover Kentucky Three-Day Event is one of, if not, the best events in the world, the atmosphere is amazing and the fans are fantastic, it’s been the best week!”

Townend continued to pay tribute to Cooley Master Class, “I have had him since he was four-year’s-old, he has won at nearly every level and never lets us down. He has suffered with injuries in the past and at some points we weren’t sure if he would even come through but the last two seasons he has been amazing, he has always been cheeky and extremely talented so it’s great to be here with him.”

Michael Jung commented on his performance, “I am sad for FischerRocana as that was absolutely my mistake, but I am happy with our performance and I love this event, it is so beautiful. FischerRocana has been amazing and is incredible to ride, so I am pleased with her.”

Earlier on in the week equestrian and actress, Kaley Cuoco, was part of the judging team for the annual Land Rover Tailgate competition which saw Rick Perkins of Lexington, KY, receive the top prize. Their ‘Beauty and the Beast’ inspired arrangement impressed the judges Cuoco, Kim McCullough, Vice President of Marketing, Jaguar Land North America, LLC and Vicki Lowell, Chief Marketing Officer, US Equestrian, who presented Perkins with a pair of Dubarry Boots and a luxury gift basket.