No one wants to recieve the dreaded call that a loved one has transitioned. As of late, I received that call. My father had passed and thus; I had to dessiminate the news to my 4 older siblings. Once funeral arrangements were planned, we all hurried down to Detroit to be reunited for his services.

Because our father drove and highly revered his 1983 scarlet red Ford Fairmont with matching interior, we resolved to reach out to Ford about possibly testing one of their models in his honor – the 2017 Ford Explorer Platinum Series.

This variant of the Ford Explorer is arguably one of the most gorgeous in their lineup. Their engineers and designers, by using sustainable textiles and green manufacturing, have raised the bar. Ruby red enamel coats the exterior alongside a set of 20″ bright machine faced wheels. The grille appears to be refreshed, adorning LED foglamps and power folding side view mirrors. The overall look and feel of the vehicle is classy and a great deal more sophisticated than previous configurations.

Underneath the hood is a 3.5L V6 twin turbo ecoboost powerplant – pushing 365hp with 350lb-ft torque. Drivetrain has a terrain selector for gravel, sand, snow and grass. Sport mode can be activated via pedal shifters behind the heated steering wheel or shifter box. Weighing in at around 5000lbs, this husky vehicle gets around 16mpg city, 22mpg highway and 18mpg combined – this came in handy as we chauffeured family members to and from the airport.

Standout features which were reminiscent of a Range Rover – highly adaptive headlights and 180 degree front/back camera. This gave us additional comfort while we darted back and forth from downtown Detroit to Bloomfield Hills – some of the roads tend to be dark, wooded with limited street lamps. In addition, being able to load the vehicle with a simple foot swivel under the back tailgate easily allowed us to pack our dad’s ashes.

In short, the full-size six-passenger 2017 Ford Explorer Platinum Series lent excellent support to our family during an extremely tough time. And at a cost roughly $55,000 USD for all of the technology and innovation, it’s well worth every cent. 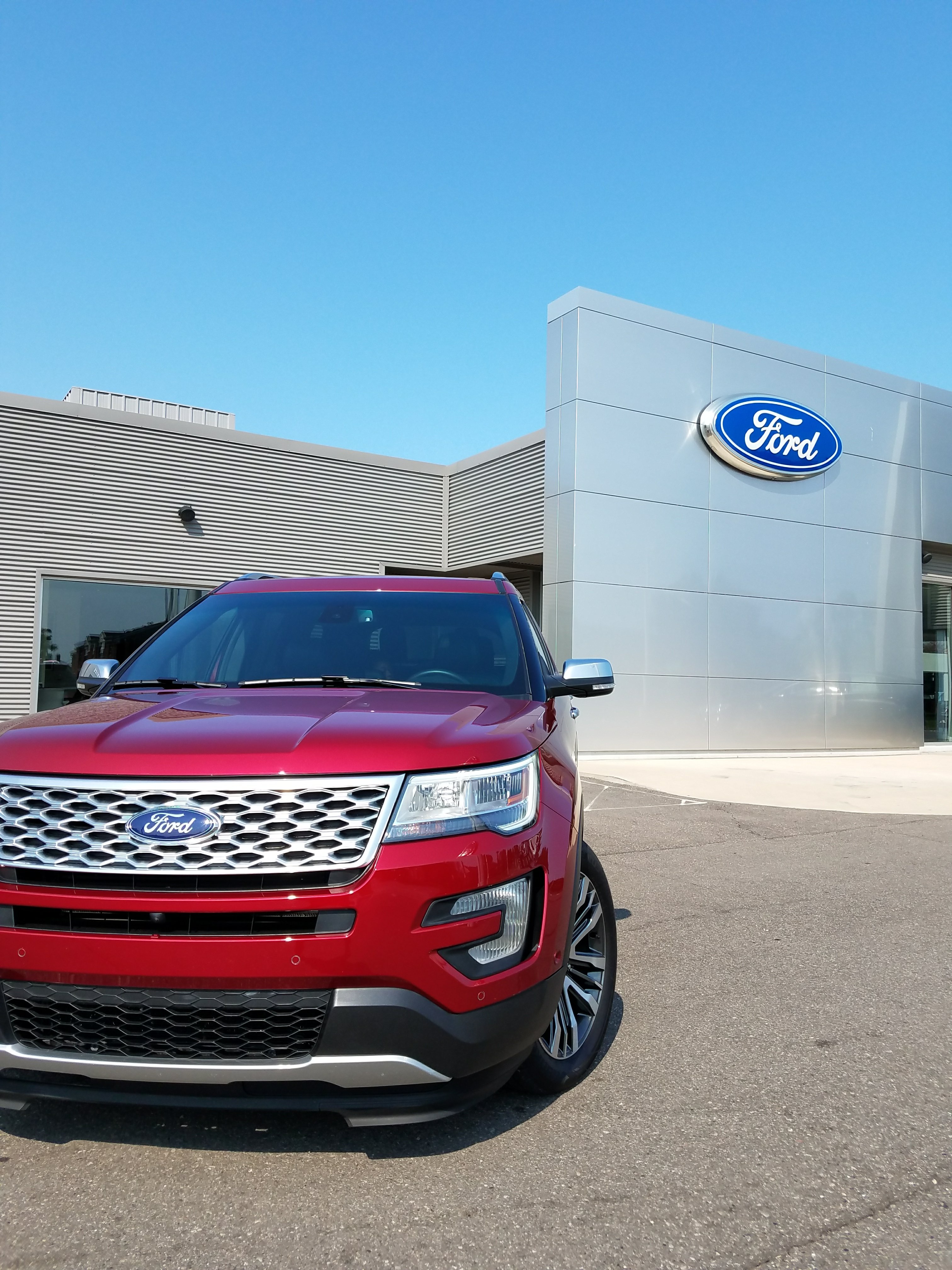 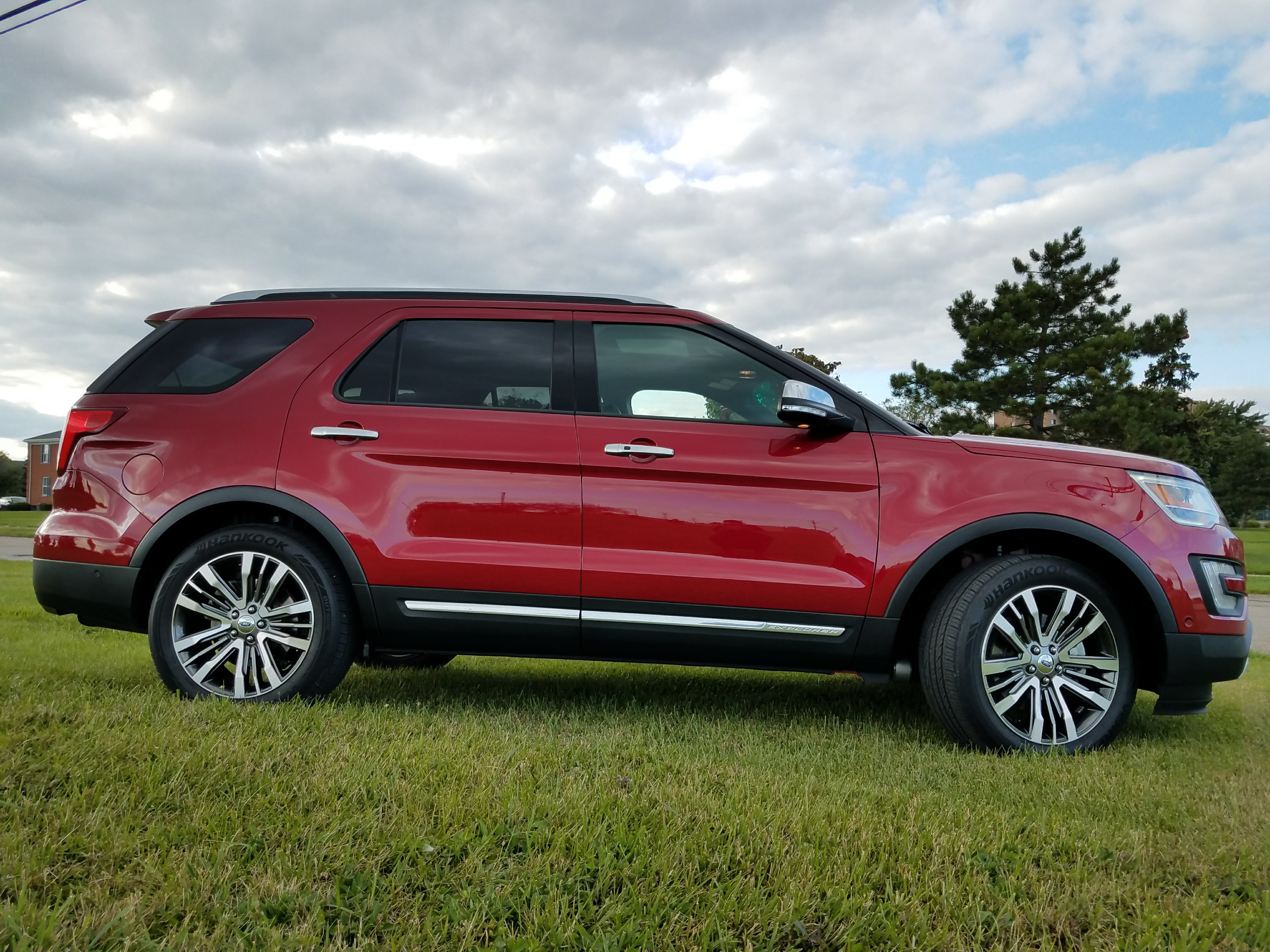 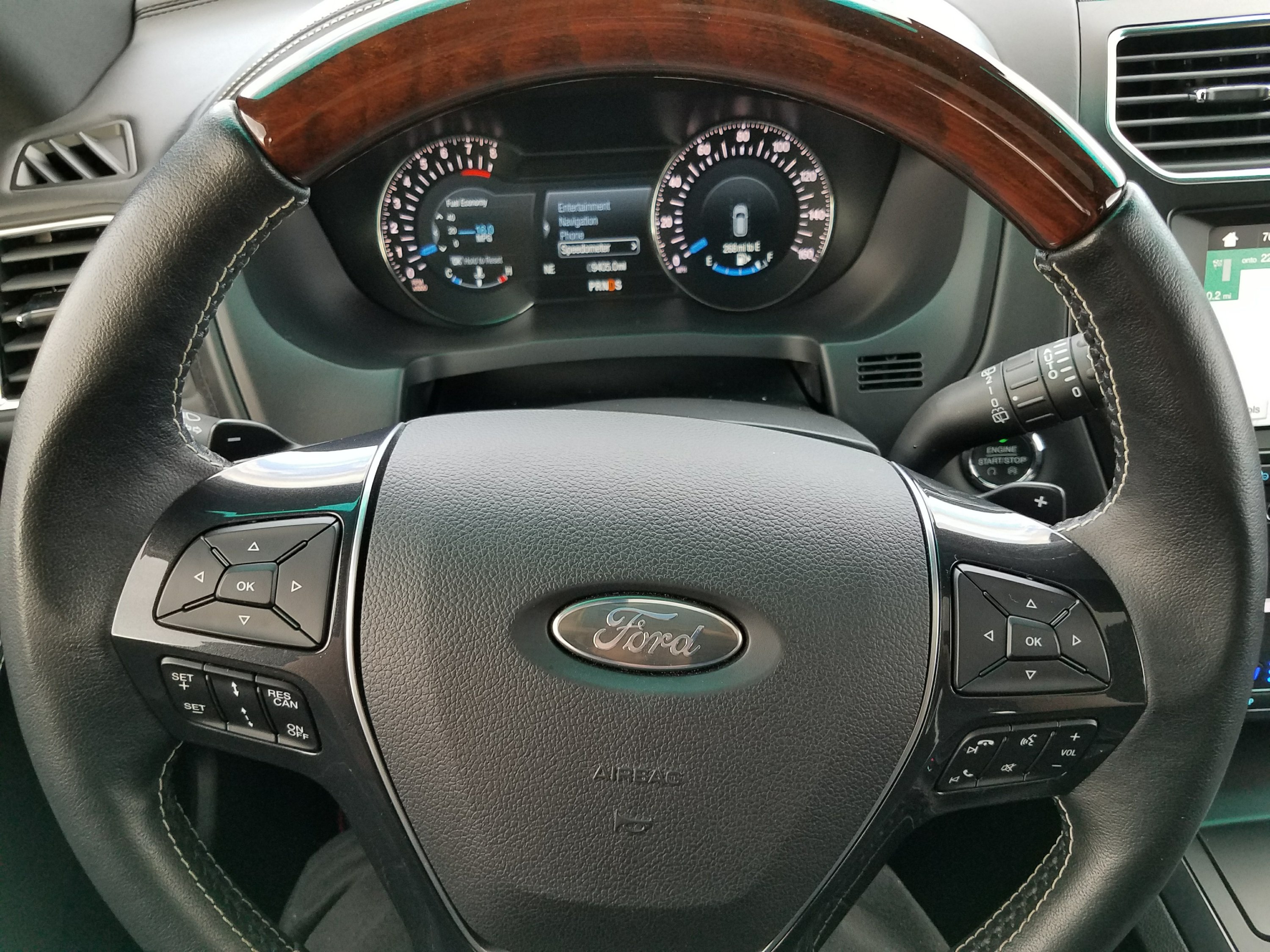