Notable musician Lil Nas X has brought his signature style and voice straight to the page in his new entertaining alphabet picture book. C Is for Country follows a young cowboy and his sidekick, Panini the pony, as they use the ABCs to seek out adventure in wide-open pastures, embrace family, and celebrate individuality, all during a single day. The book features bold, bright illustrations from award-winning artist Theodore Taylor III which are sure to keep kids engaged.

“C Is for Country goes out to every amazing kid out there who sang along to ‘Old Town Road’ on repeat and helped change my life forever,” said Lil Nas X. “I hope this book inspires them and makes learning the alphabet a thousand times more fun. I’m so happy with how it turned out, and I can’t wait for the world to see it,” he continued.

Lil Nas X had a goal to promote individuality in his book so children everywhere are able to embrace who they are. The artist has never been one to shy away from his true self, releasing music that speaks to who he is and instantly creating hits. Soon after releasing the children’s book, it hit number eight across all kid’s books in the world Lil Nas X announced in a tweet.

“A is for adventure. Every day is a brand-new start!,” an excerpt from the book on the website says. “B is for boots—whether they’re big or small, short or tall. And C is for country.”

Earlier in the year, Lil Nas X appeared on Sesame Street’s, The Not-Too-Late Show to sing Elmo’s Song with Elmo himself. The artist also made an appearance at Lander Elementry School in 2019 to perform for the children there. These appearances have certainly helped him create a younger fan base and an audience for his new picture book. His hit song, “Old Town Road” ended up being a smashing success with the younger crowds as well. Recently, Lil Nas X’s “Old Town Road” remix featuring Billy Ray Cyrus has officially become 14x platinum and is now the most certified song in music history.

Lil Nas X has been embracing his younger fan base he isn’t necessarily self-conscious about it. “I’m well aware that life and careers and everything goes in chapters,” the rapper said in NPR. “That’s the chapter I’m in right now and I’m OK with that.” C Is for Country was made for kids ages three to seven and is sure to help little ones learn the alphabet.

Lil Nas X is not the first celebrity to check “write a children’s book” off of their bucket list. Madonna, a well-known star to all ages has written a number of books for kids. Her first book, The English Roses, became the biggest and fastest-selling children’s book by a first-time author. The book, which references Madonna’s personal experiences, features many moral life lessons and has been published in 42 languages. Madonna then went on to write eleven more books in this series which has now flourished into a book series that features 12 chapter books. Madonna lovers can even buy an audiobook version where Madonna reads all of the stories aloud.

Madonna has also written a number of other children’s books aside from The English Roses series including, Yakov and the Seven Thieves and The Adventures of Abdi. In her stories, Madonna not only references her childhood experiences while teaching life lessons, but she also promotes gender equality and uses her Jewish background to do so.

Another notable celebrity, Jamie Lee Curtis, has made her mark in the world of children’s books. She has written twelve bestselling children’s books including When I Was Little: A Four-Year-Old’s Memoir of Her Youth, Today I Feel Silly: And Other Moods That Make My Day and Tell Me Again About the Night I Was Born. These books have been a great success in teaching kids important life lessons in a silly and entertaining way.

Curtis said that her daughter was her first inspiration for writing children’s books. “My four-year-old said something funny to me one day,” explains Jamie Lee Curtis. “She walked into my office, all petulant and sweet, and announced that ‘when I was little I used to wear diapers, but now I use the potty.'”

“The idea that she had thought about her life in the past,” Curtis continues, “when she was really just four, made me smile. I wrote on a piece of paper: ‘When I Was Little: A Four-Year-Old’s Memoir of Her Youth.’ I then wrote a list of things that she used to not be able to do and now could. By the end, I realized I had written a book.”

Although Lil Nas X didn’t grasp his inspiration from any one person in particular, his youthful spirit and young fanbase have certainly set him up to be a successful writer for children. It’s clear the young cowboy in the book is inspired by Lil Nas X complete with a bedazzled, pink cowboy outfit.

It’s not just actors and singers becoming authors, famous athletes such as LeBron James, Alex Morgan and Mia Hamm have also become authors. LeBron James’ book, I Promise, was recently published in August of 2020 and encourages children to strive for greatness. This book coincides with the I Promise School, a school powered by the LeBron James Family Foundation. This school helps students that are in danger of falling through the cracks to succeed. I Promise shares a common goal with this school in helping children strive to be the best they can be.

No matter which celebrity is behind writing the pages of these books, they all have one thing in common, they hope to promote positivity and important life lessons to all children that read them. Lil Nas X is no different when it comes to C Is for Country. When celebrities use their platform to write children’s books, they are using their fame to promote life lessons to kids. This is especially useful for an artist like Lil Nas X who already has a relatively young fan base.

C is for Country is available now for purchase and can be bought in hardcover, Kindle or audiobook version. If you know a child that has been blasting “Old Town Road” on repeat, then this book is sure to be a success.

Lil Nas X ripped his pants during a steamy performance of “Montero” on Saturday Night Live last night. Dressed in tight, leather flame pants, Lil Nas flamboyantly trapezed across the stage with his fiery dance moves. During part of his performance, he approached the stage’s stripper pole and began gyrating his hips. After he slides down the pole, Lil Nas X can be seen grabbing his crotch and staring with bewilderment into the camera.

However, the performer quickly regained his confidence and boldly belted the rest of “Montero” with his hand positioned over his crotch. Nas was quick make light of the situation on social media, posting a meme on Tiktok of his outfit blunder. Lil Nas X also reposted his performance on his Instagram with the caption, “a sign of the times every time that I speak.” One thing is for sure– this red-hot performer sure knows how to put on an entertaining performance. 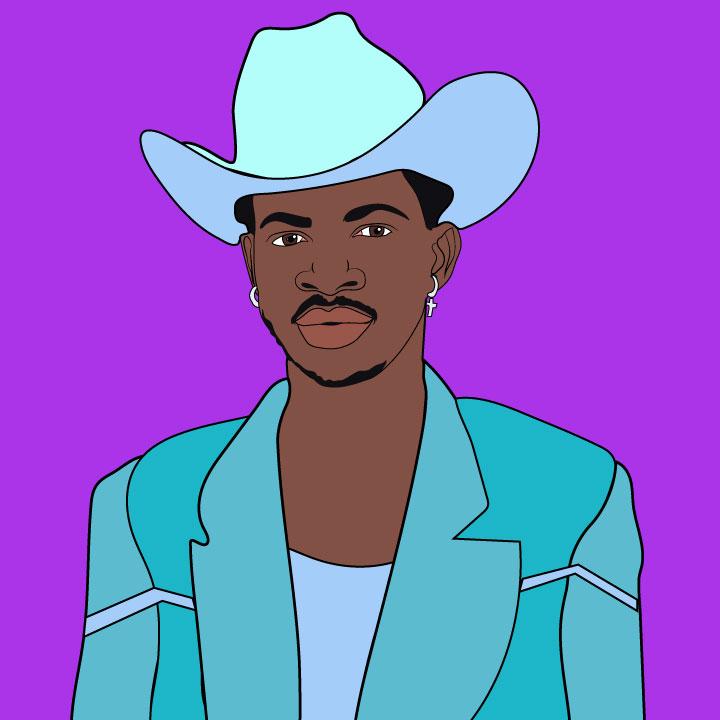 This past Saturday, H.E.R., the two-time Grammy Award winning singer, songwriter and musician, made her stellar debut on the iconic Saturday Night Live stage with captivating performances of “Damage” and “Hold On.”  The studio versions of both songs are currently available at all digital service providers.

The performances have garnered praise from fans and press alike, including NPR, Entertainment Weekly, Billboard, UPROXX, The Atlantic and Rolling Stone who stated: “For ‘Damage,’ H.E.R. replicated the vibes of the track’s live music video released earlier this week, while the ballad ‘Hold On’ allowed the singer to show off her guitar chops…” H.E.R.’s SNL debut adds to a long impressive list of performances from the dynamic artist, including this year’s Emmy Awards with her beautiful rendition of Prince’s “Nothing Compares 2 U,” and two consecutive performances on the Grammy Awards in 2019 and 2020.

With a brand new full-length album on the horizon, H.E.R. recently became the second artist to score four #1 hits within two years on the Billboard Adult R&B Songs chart with her latest feature on Lonr’s “Make the Most.” Previous #1 chart-toppers were “Focus” and her collaborations with Skip Marley on “Slow Down” and Daniel Caesar on “Best Part.” The first to achieve this feat was Toni Braxton, who H.E.R. recently collaborated with on Toni’s new single “Gotta Move On.”

Click the links below to watch her SNL performances plus more and stay tuned for more news on the musical prodigy.

SNL Performance of “Hold On“

In a short period of time, H.E.R. has accrued over 7.5 billion combined audio and streams worldwide (5B in the US) – and counting – of the breakthrough projects H.E.R. (RIAA-certified Platinum), I Used To Know Her, and hit singles including “Slide” featuring YG, the powerful track “I Can’t Breathe” and her latest, “Damage.” Accumulating ten Grammy nominations and two wins in just two years, H.E.R. has proven herself as an R&B force to be reckoned with.  In 2019, the singer/songwriter/multi-instrumentalist won two Grammy Awards for Best R&B Album (H.E.R.) and Best R&B Performance (“Best Part” featuring Daniel Caesar) and a NAACP Image Award for Outstanding Female Artist.