Which World Cities Have the Best Foodie Scenes?

Want to know which cities offer the most diverse food scenes? Bott and Co have created the perfect tool.

By researching the number of different national cuisines in cities with a population of over 1 million, the company have been able to find out the world’s best foodie cities.

New York is top of the list with 94 national cuisines represented. From Café Katja on Orchard Street to the Somalian Safari on 116th Street, there’s more than enough choice wherever you go in the Big Apple. London is next on the list with 89 different cuisines including niche restaurants like the Pasha Kyrgyz Kazakh House and the Bariloche, Argentinian Grill & Bar.

Toronto lies at number 3 and is among some of the less well-known culinary centres to make the list, as is Dubai, reflecting the region’s focus as a Middle Eastern hub that attracts people from all over the world. As you might expect, Paris fits neatly in at 5th on the list while the quintessentially European Berlin comes equal 6th with Melbourne, Australia.

The Top Ten Restaurants for Foodie Diversity are: 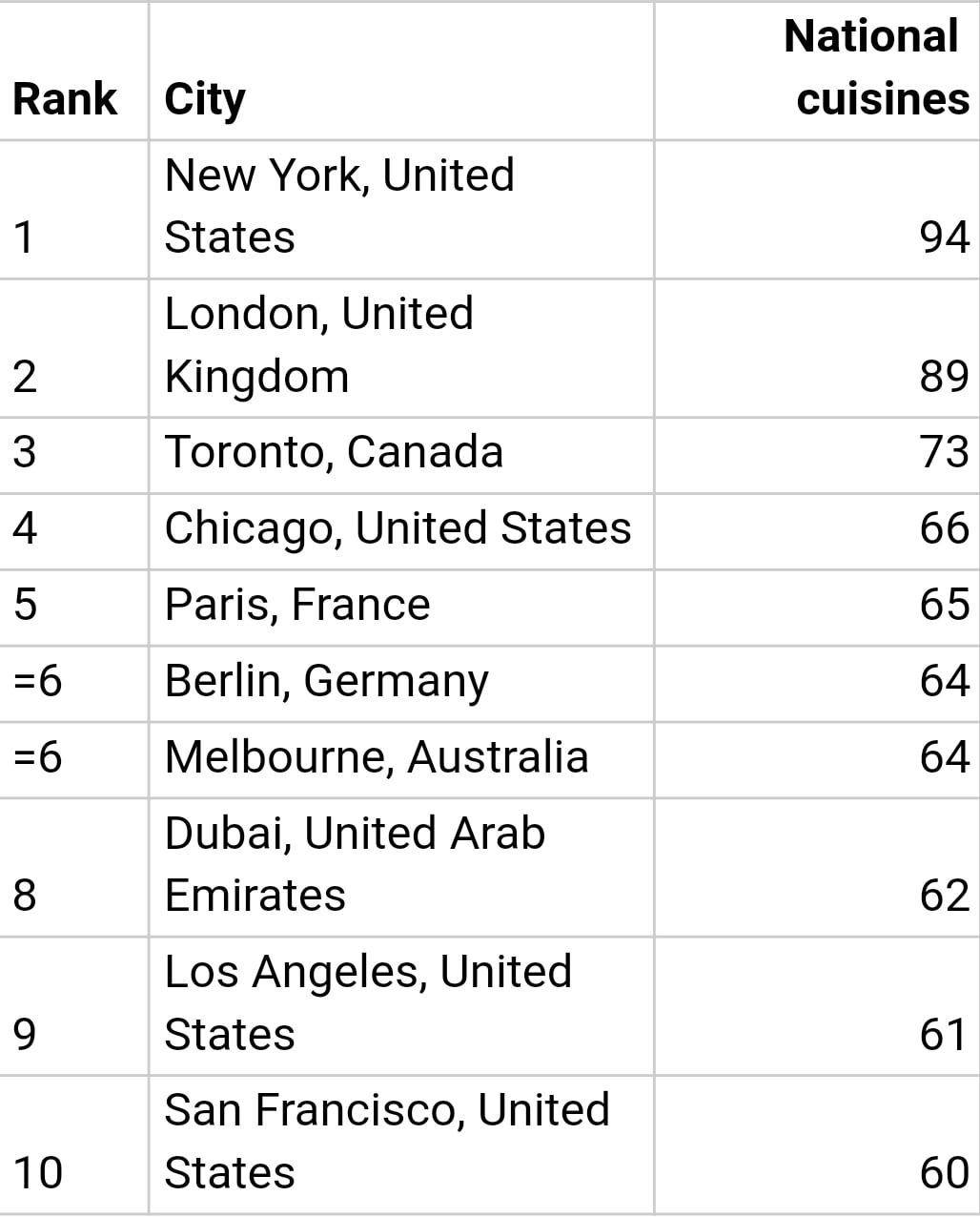 The interactive tool allows you to quickly take a look at any of the big cities around the world and find out which national cuisines can be found. The tool also includes information about the top-rated restaurant for every national cuisine on offer in each city. Click on the spot and you get an address and link to Google Maps so you can take a closer look at the restaurant and the food that’s on offer.

View the top 50 most diverse foodie scenes, cuisine available and best restaurants on the Bott and Co website here.