360 Magazine sat down with up and coming model Acobie Inniss, to find out how he got started with modeling and where he plans to go next. The young, Barbadian model has a unique look that is sure to gain attention as his modeling career takes off.

Included below is also information about Rhaj Paul a designer that works with Acobie and Graham Edwards, Acobie’s agent. Working together, the team has created an amazing shoot featuring Acobie as the star.

When did you decide to begin modeling and how did you get started?

I was approached by Graham from GADAL Model Management at the end of 2018 and I didn’t take it too seriously at the time. A year later we had another chance encounter meeting and this time I decided it couldn’t hurt to give it a try; so I officially started at the end of 2019.

Growing up in Barbados is great! I loved that a nice beach would always be right around the corner; I was definitely a beach person, like in the summer I would be at the beach every day. I loved riding around on my bike and playing football and many other sports with my friends.

Do you think you will eventually become a full-time model? Why or why not?

Yes! I’m hoping to become a full-time model; but I know life can have twists and turns so I remain open to it happening or not happening, where ever life takes me I guess.

Where do you aspire to be five years from now and do you have plans to get there?

Five years from now I’d like to have my own home and to be traveling the world with my girlfriend- who I hope will be my wife at that time. I also want to be in a financial position to invest in Real Estate and be able to help the needy. Things don’t always go according to plan, but it’s still good to have one in place. I plan to keep an open mind and open heart to whatever opportunities come my way.

Are your family and friends supportive of your modeling career?

My mother and my close friends are supportive.

What has been your favorite part of modeling so far?

So far, my favorite part is meeting new people; trying new experiences and exercising my confidence and communication skills.

Some of your hobbies include stunt-riding and photography, do you hope to progress these talents further in the future?

Yes, I hope to progress further in these hobbies. For example the stunt riding; I’d love to build a community (of riders) where we ride for a cause…hopefully raise some funds as well and donate to different charities while having fun riding (smile).

What makes you unique from other up and coming models?

Well, I think everyone is unique in their own way; for me, I’m not sure, some people say it’s my hair or maybe my eyes. Lol.

Do you have any collaborations coming up that you’re excited about?

I’m definitely hoping to have some collaborations! I know my agency is working on stuff…don’t want to let the cat out of the bag. I like to only speak about things after they are done.

Are there any other models you would like to work with in the future?

I’d like to work with everyone! I’m new to this industry so I want to learn as much as I can from everyone.

Acobie is a newly discovered Barbadian model who describes himself as a “regular guy” who loves stunt riding and going for long rides on his Haro mountain bike. He says, he also likes researching things on the internet and learning new things.

One look at Acobie however, and you’ll see he’s anything but “regular”; the 6’ 2”, 21-year-old is an eclectic ethnic blend of Black; White and Indian- with a negro structured face and nose; light skin; freckles; pink lips; hair that can change color ranging from dark brown to blonde; perfect jaw-lines and hazel eyes with an intense gaze, that causes you too, to also gaze intensely. Anything but “regular!”

Acobie is not just another pretty face though, he is also talented practically with his hands. He’s a certified electrician and PV (photovoltaic) installer and sees the latter as “the future” because it’s “environmentally sustainable; good for the planet and clean energy”.

He also has a passion for photography (which he’s teaching himself); because he likes how you can “capture a moment forever.” All the knowledge he has on various topics such as his stunt-riding and photography he eagerly shares on his YouTube channel another one of his hobbies.

He loves the artist Saint Jhn (who’s originally from Guyana) and appreciates his music; success and Caribbean roots. Acobie is also into Kendrick Lamar and Arianna Grande. His favorite fashion brands he’d love to work with are Polo Ralph Lauren; Gucci and Prada.

Rhaj Paul is a conscious artist, whose objective is to use the medium of fashion and design to grow positivity, creativity and connection, particularly in the Caribbean and the Caribbean diaspora.

From the emergence of his eponymous cut ‘n’ sewn menswear label – Rhaj Paul Montaazh (pron. ‘montage’) in 2000 to the trendsetting soft apparel Brand Evolve in 2010, and the first-ever Barbadian beard brand – The Beard Island Gang in 2014, the name Rhaj Paul has been synonymous with top-quality craftsmanship, unique style and innovative fashion marketing in Barbados.

Rhaj has worked with various organizations, entertainers, artists, videographers and photographers and has also starred in several local movies

Passionate, inspired, skilled and committed to raising an attitude of excellence and a genuine love for authentic self-expression, Rhaj Paul represents the Ministry Of Style Creative Alliance in its mandate to grow creative entrepreneurship in the Caribbean region and beyond. 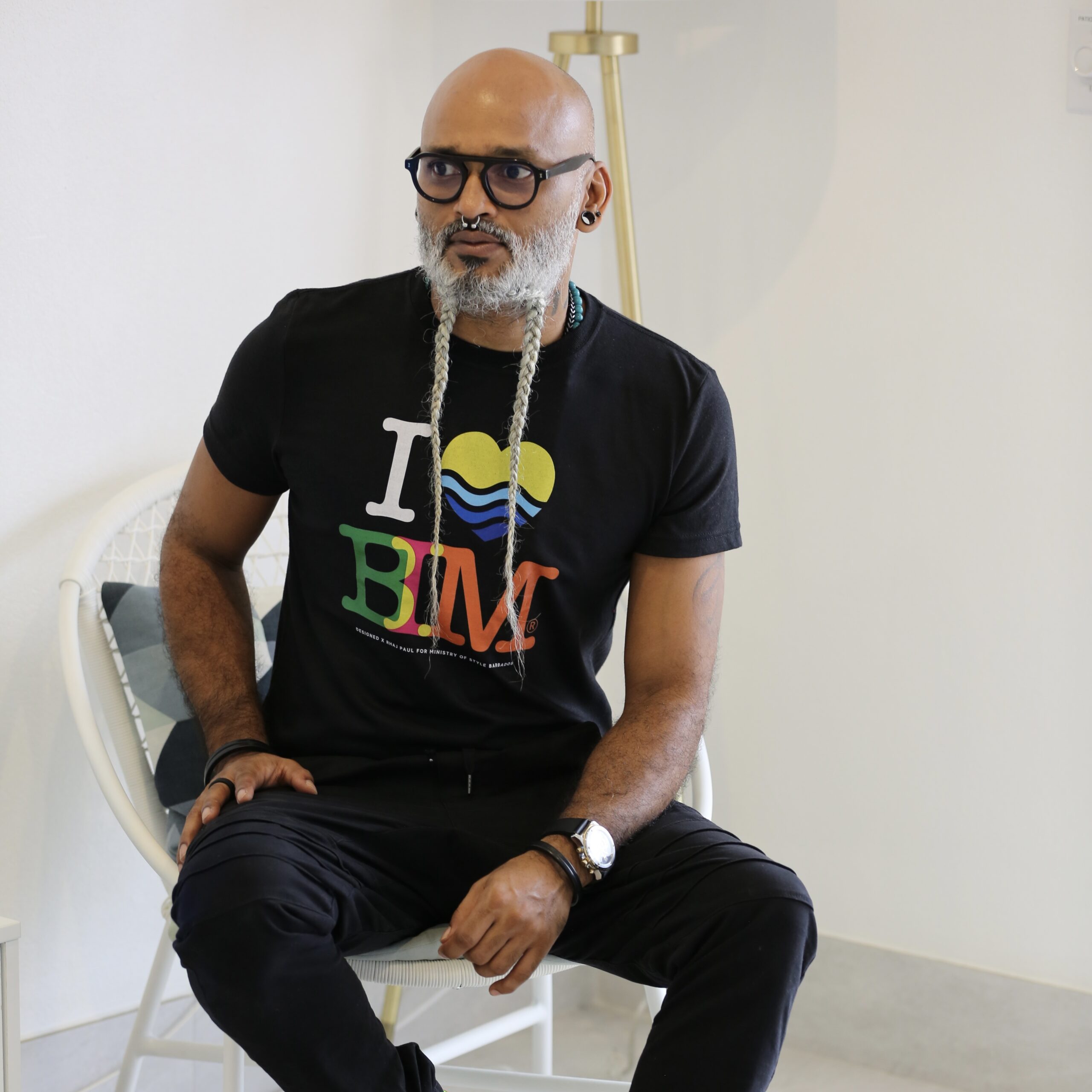 Khalil Goodman is a photographer, digital strategist and writer.  When he’s not art-directing or shooting a new set of images, Khalil spends too much time reading comic books and listening to all the wrong music at the right volume. 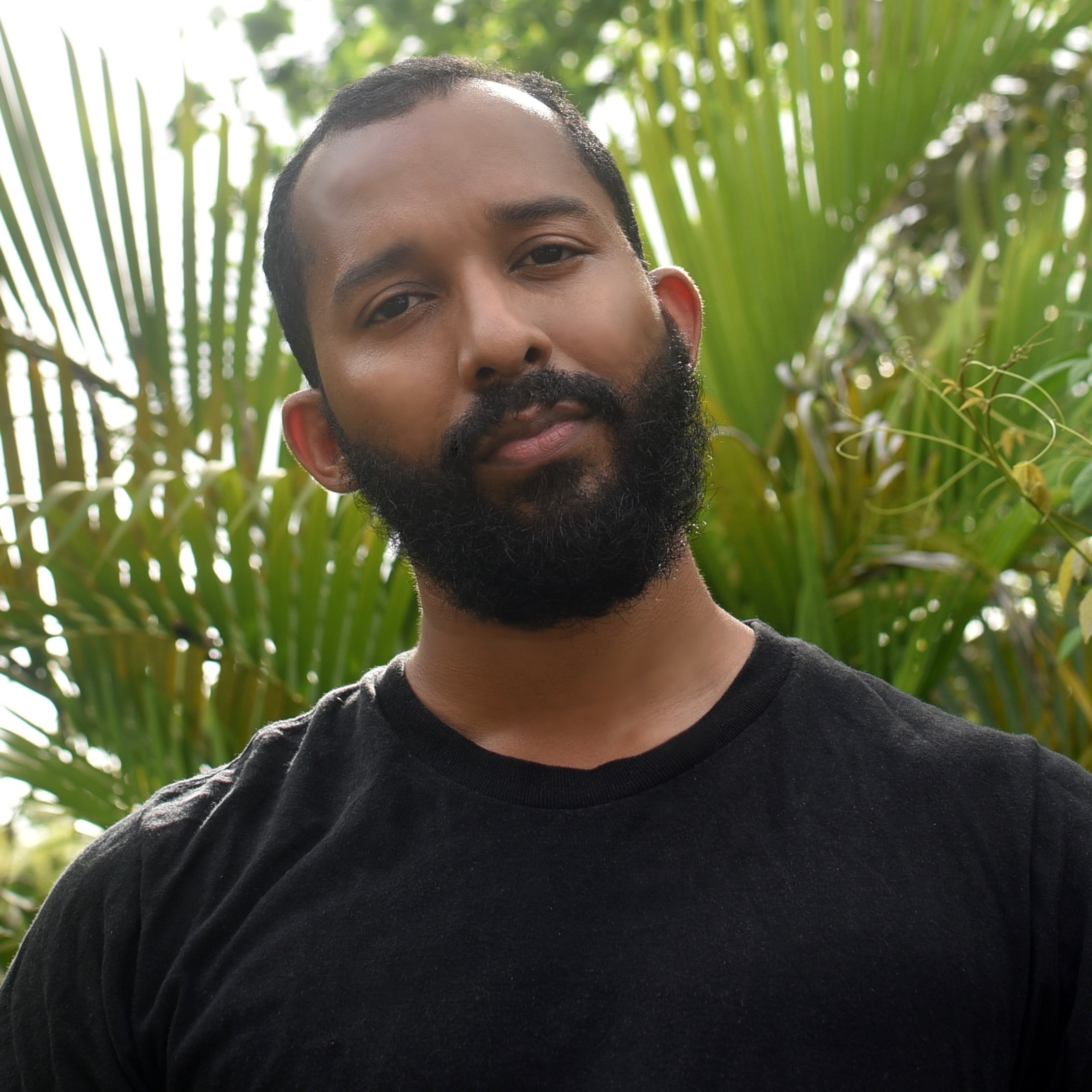 Graham Edwards is a Model Agent and the founder and owner of GADAL Model Management Inc., a Barbadian based mother agency and model management company specializing in the scouting, training and placement of primarily black models internationally.

The name “GADAL” is a Hebrew verb for: “to grow; become great; become important; promote; make powerful; praise; magnify; do great things; to increase; to exceed; to excel; to promote; to become like a great tree or tower.”

It’s a personification of all that he wants to do for black models worldwide. He describes his job as, “doing my part to ensure a more level playing field in the fashion industry for models of color; long before Black Lives Matter appeared- I always knew black models mattered!”

Nothing makes him more satisfied than to see models of color succeed and to see them on the runways worldwide and in the pages of major international magazines.

The company has signed the models it represents into several international fashion markets and placed them with larger model agencies in: Germany; Italy; Mexico; South Africa; Spain, UK and the USA. Graham loves his job; still, actively scouts for models and is excited about every ‘new face’ he discovers and helping them achieve their fullest potential! 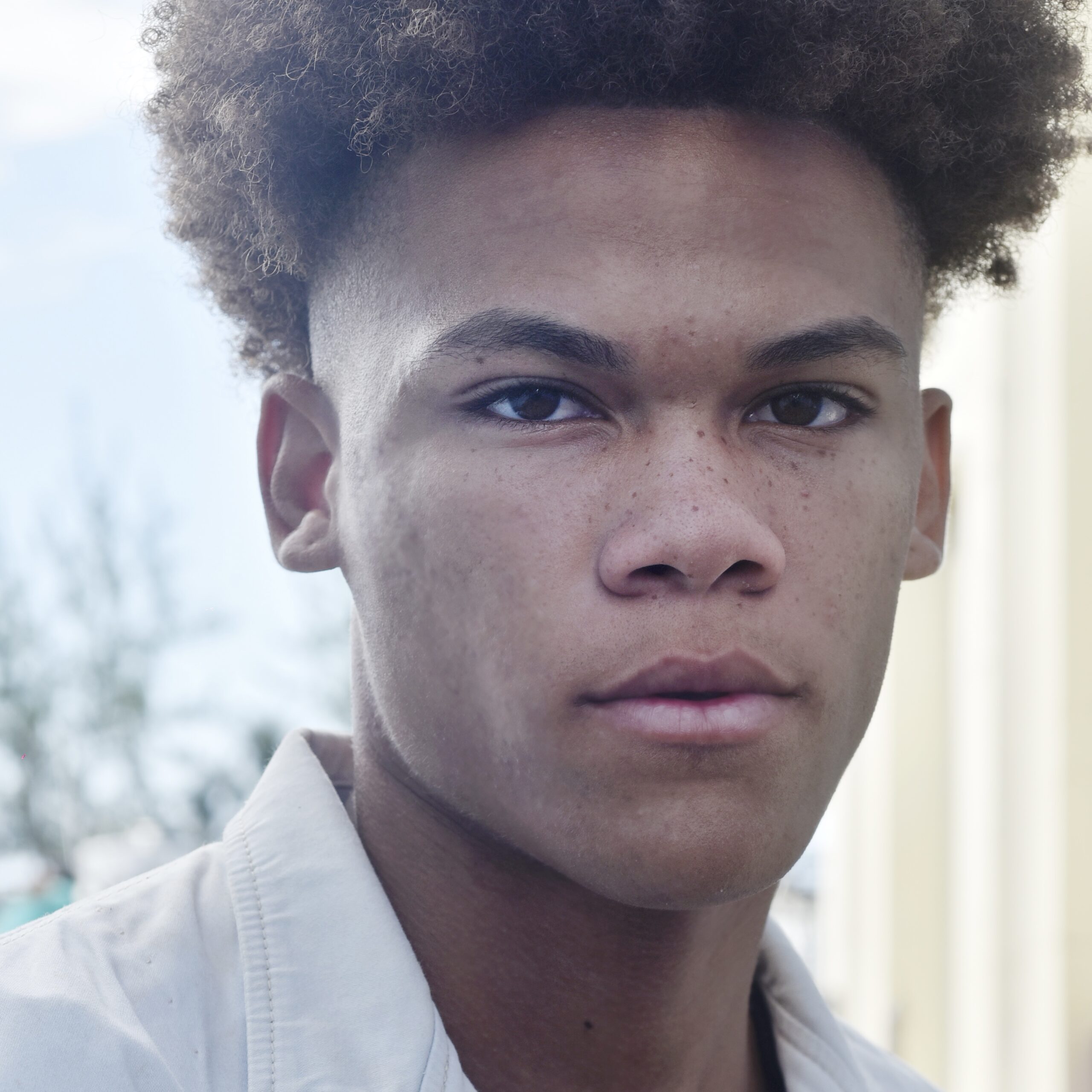 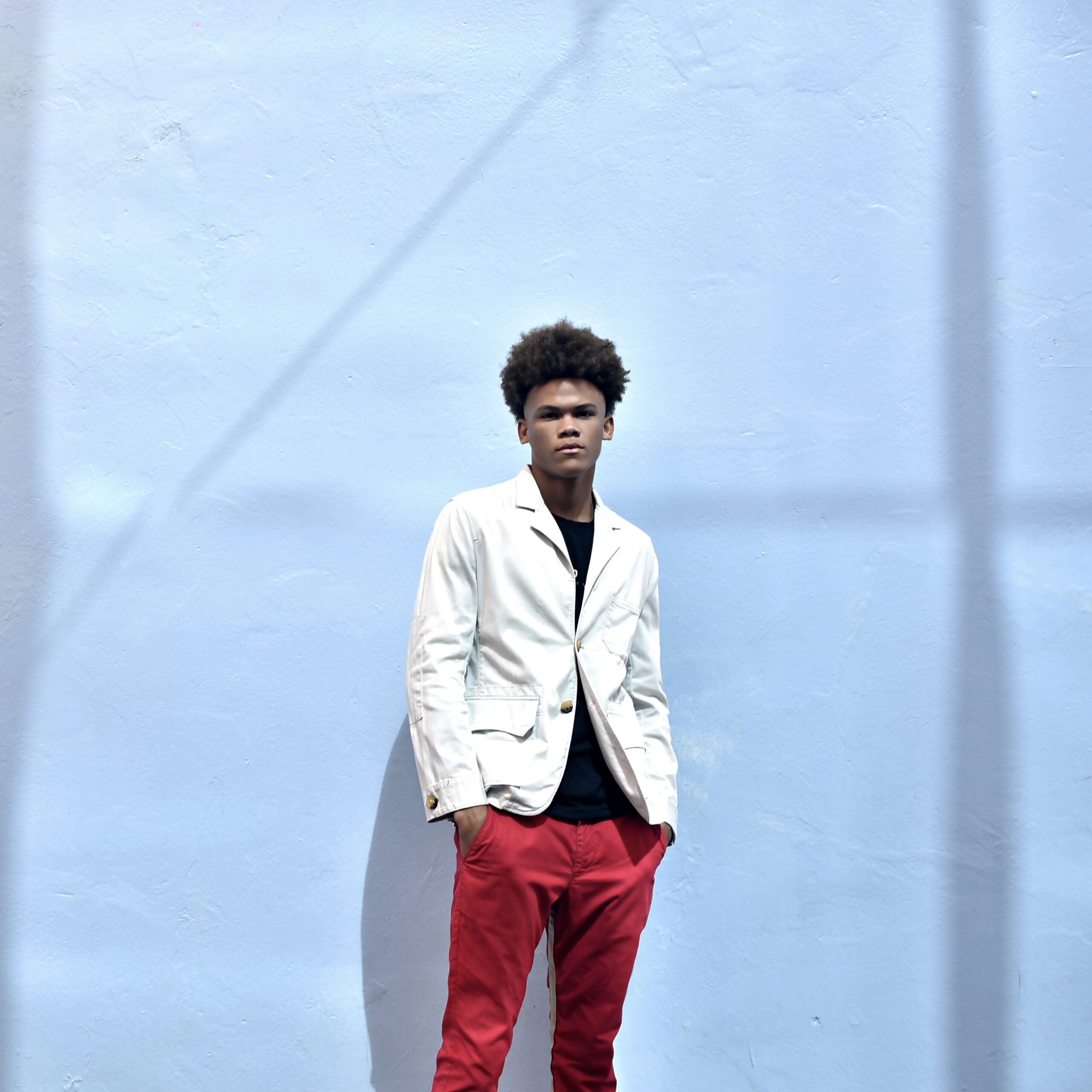 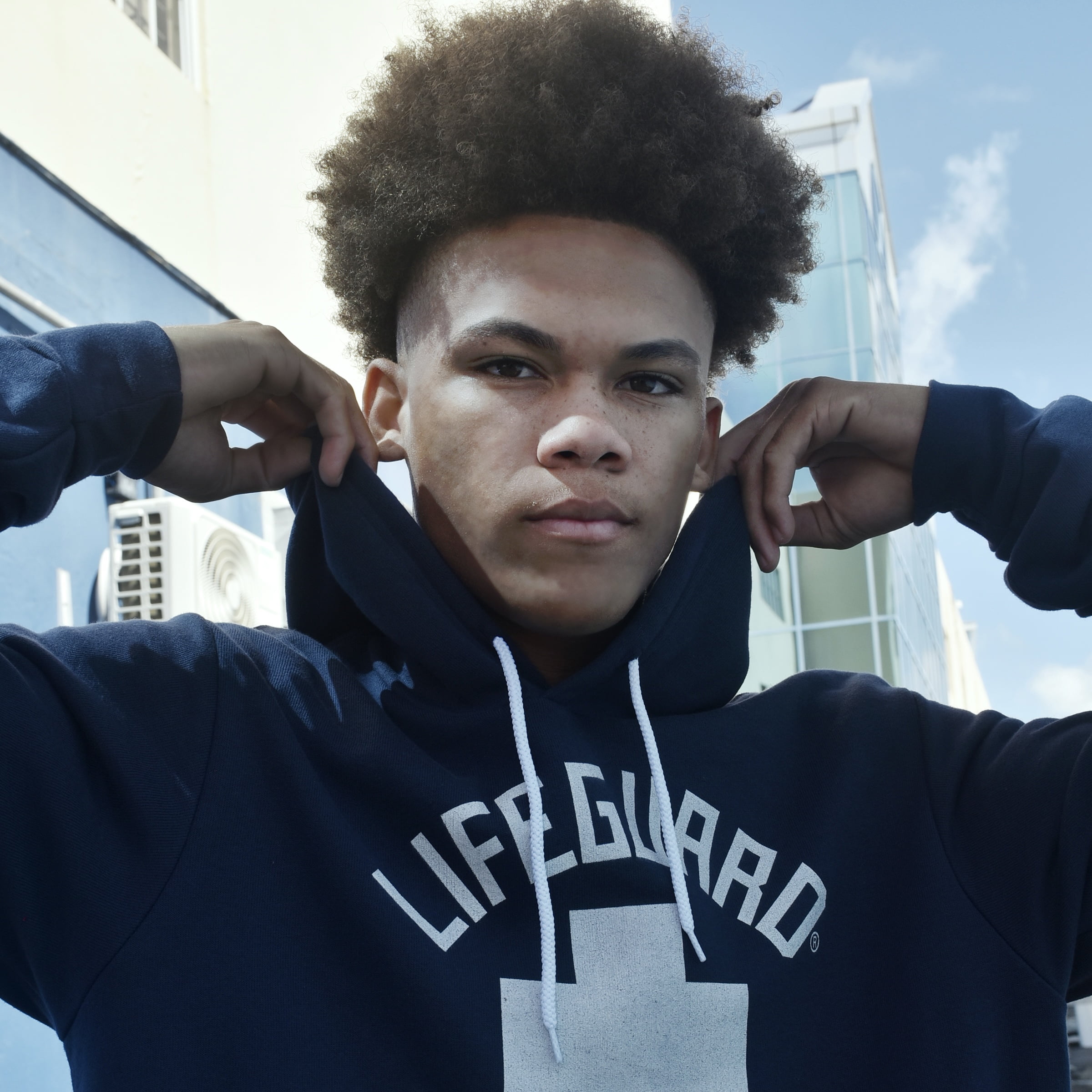 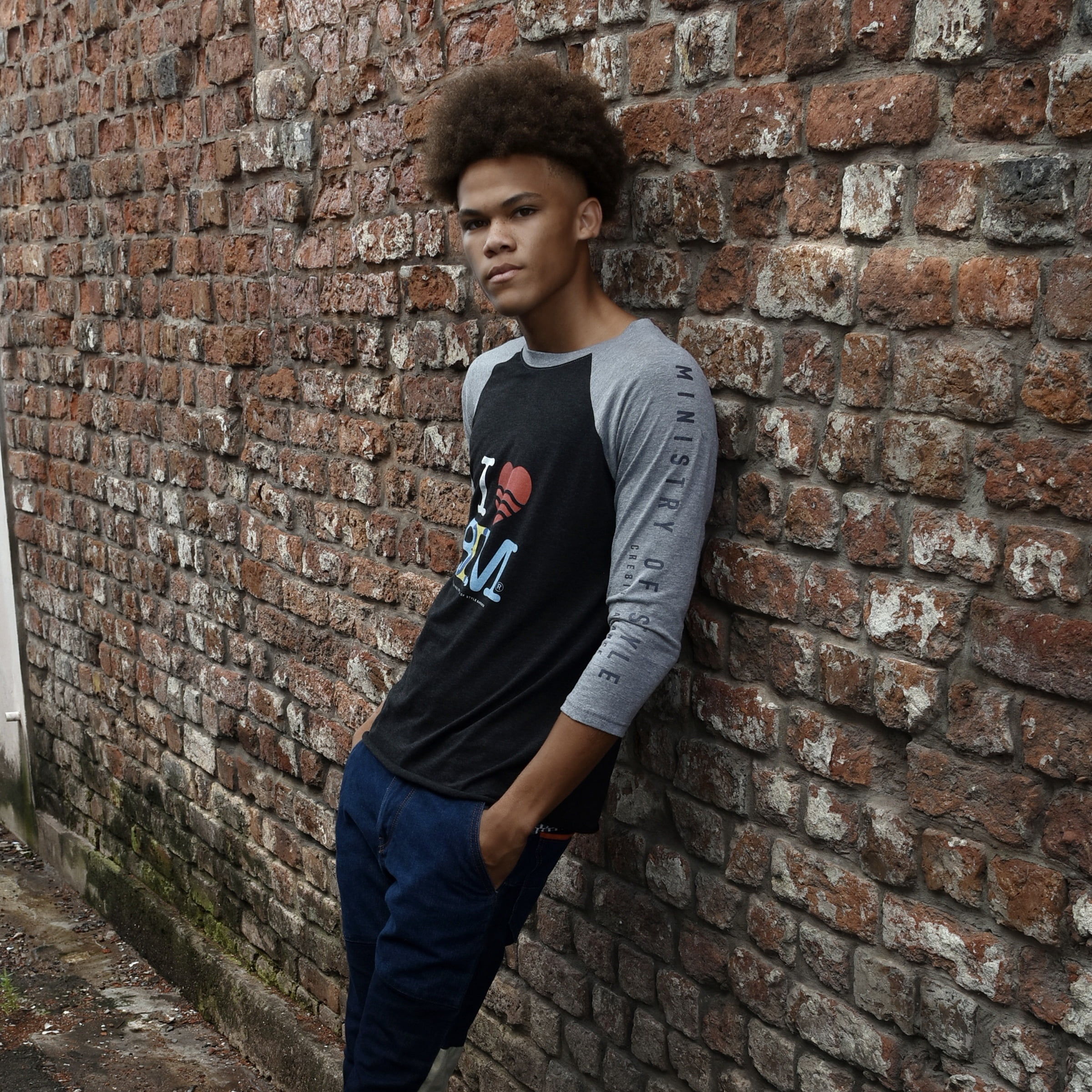 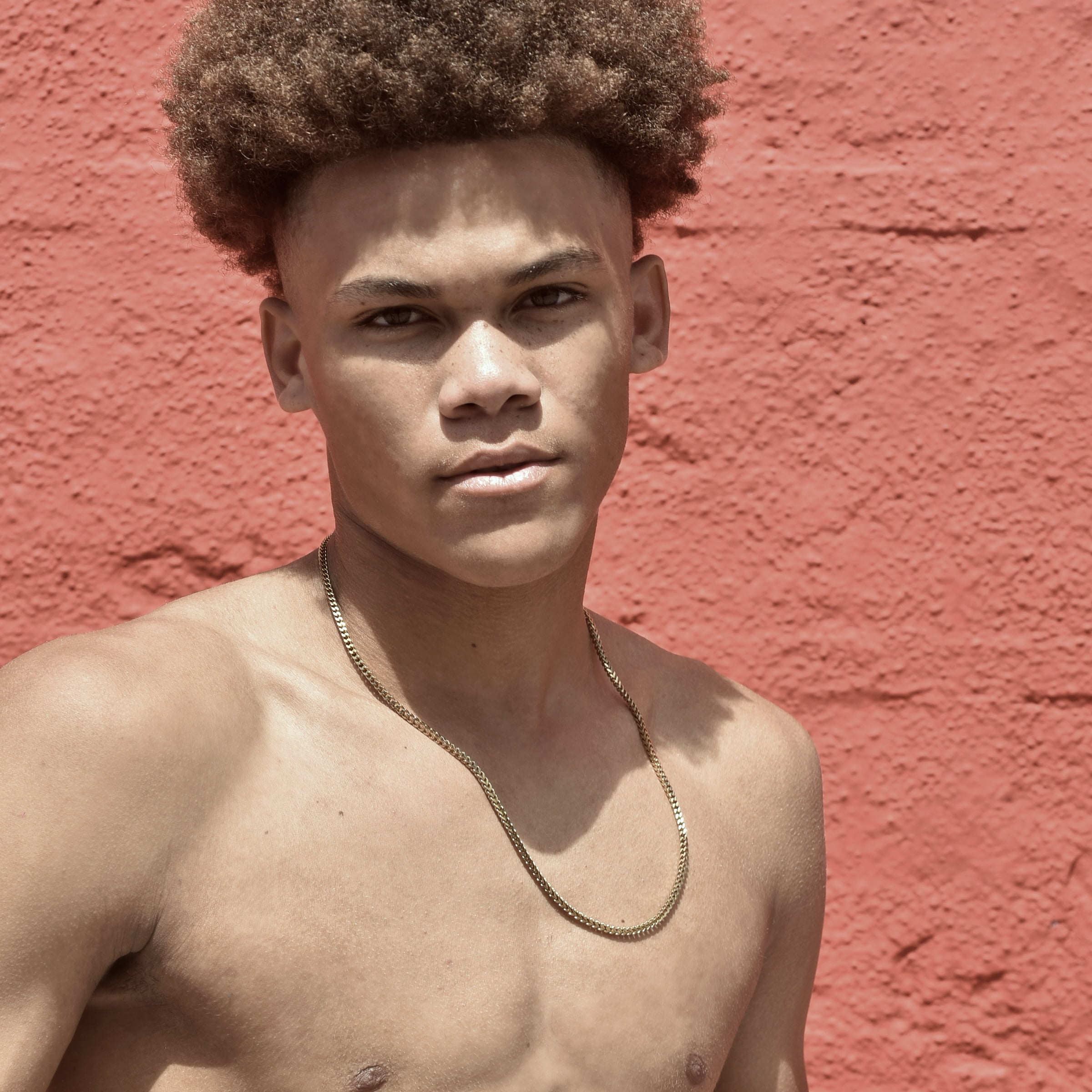 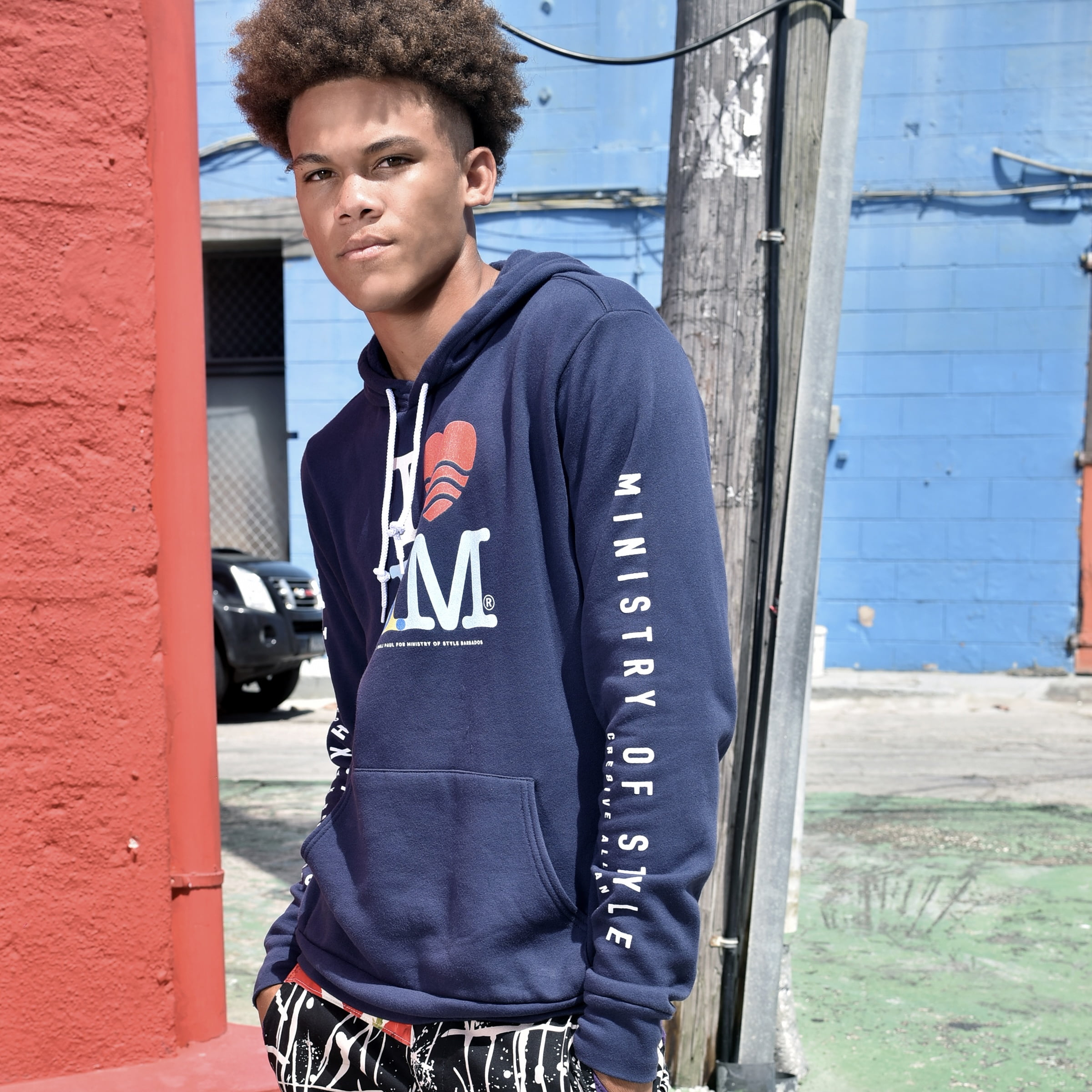 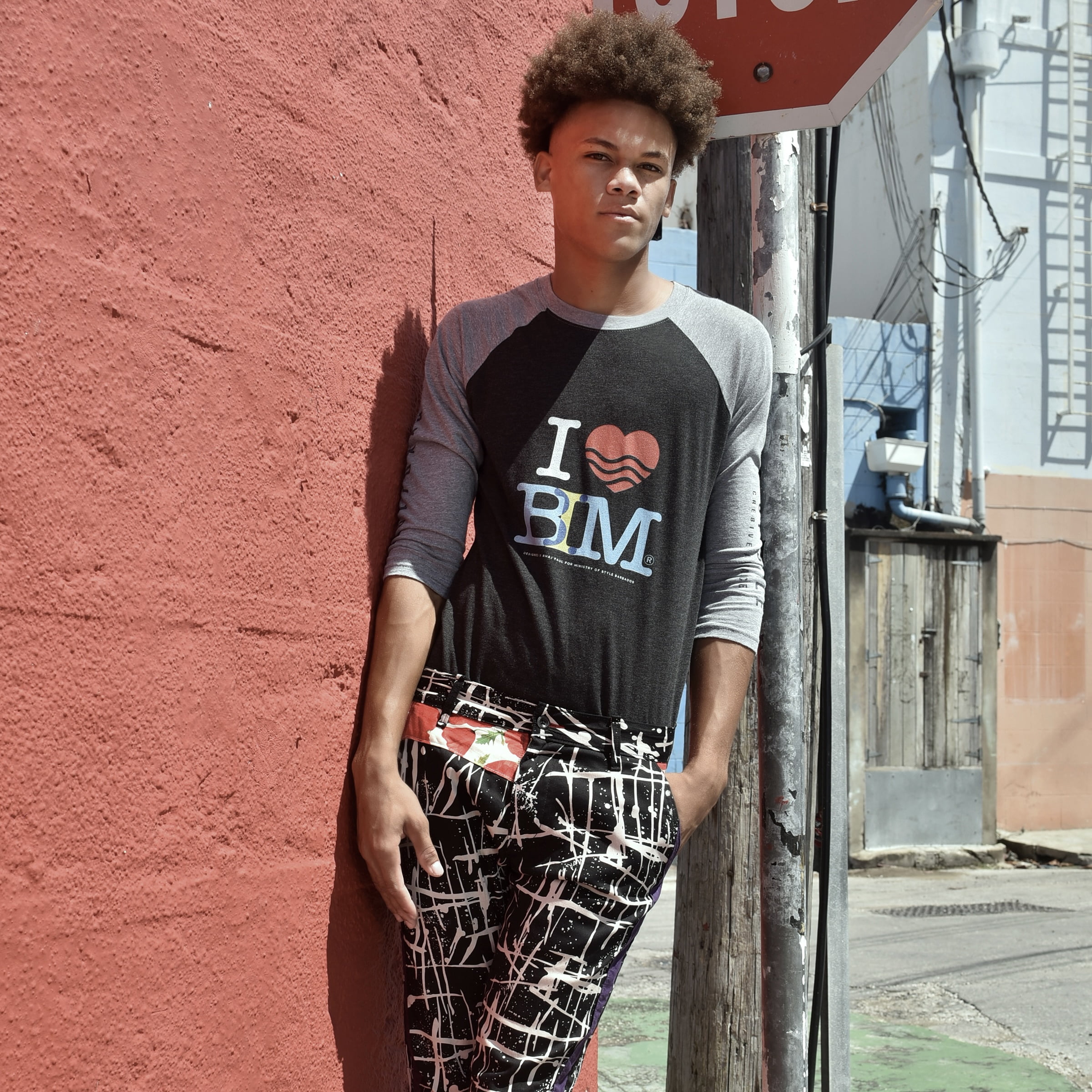 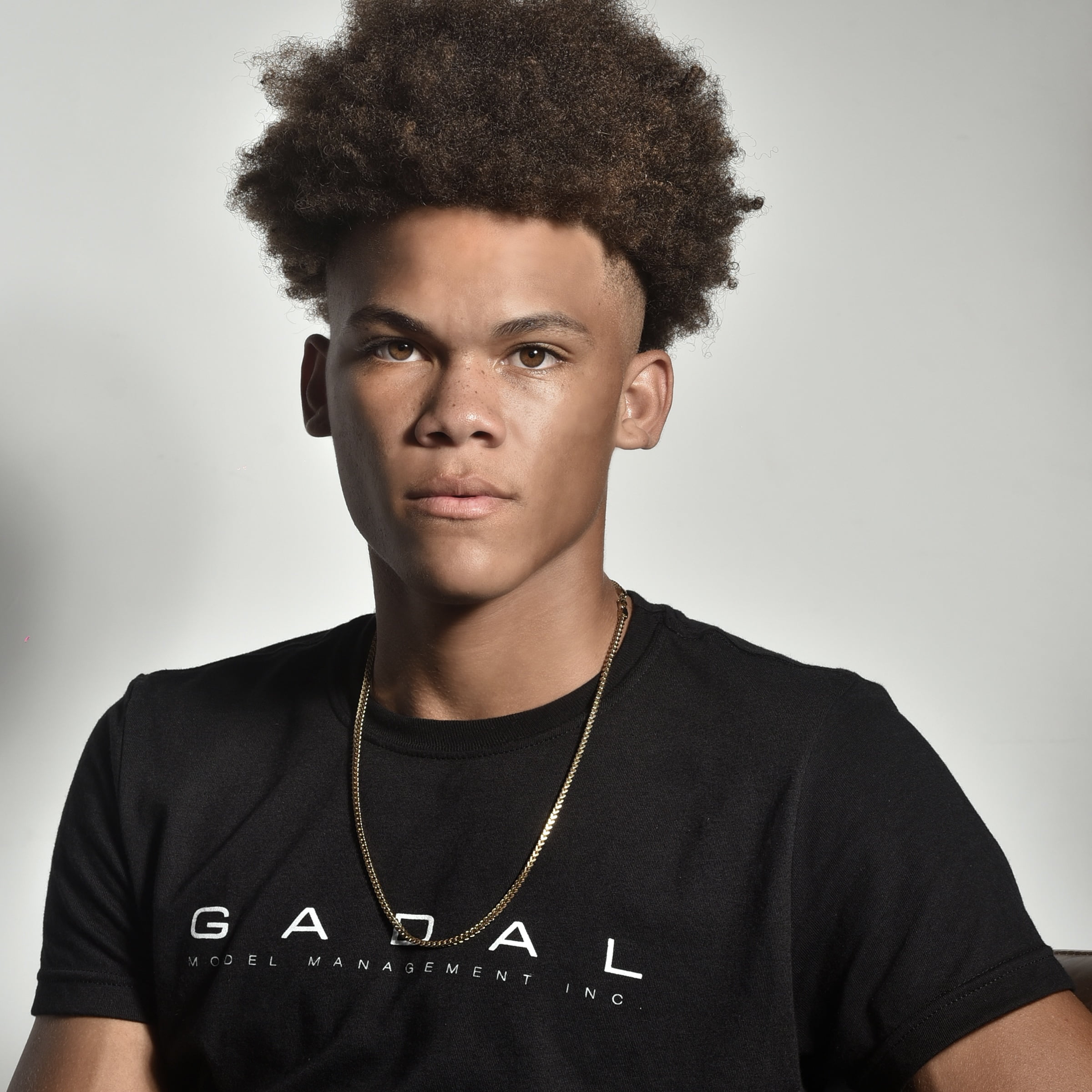 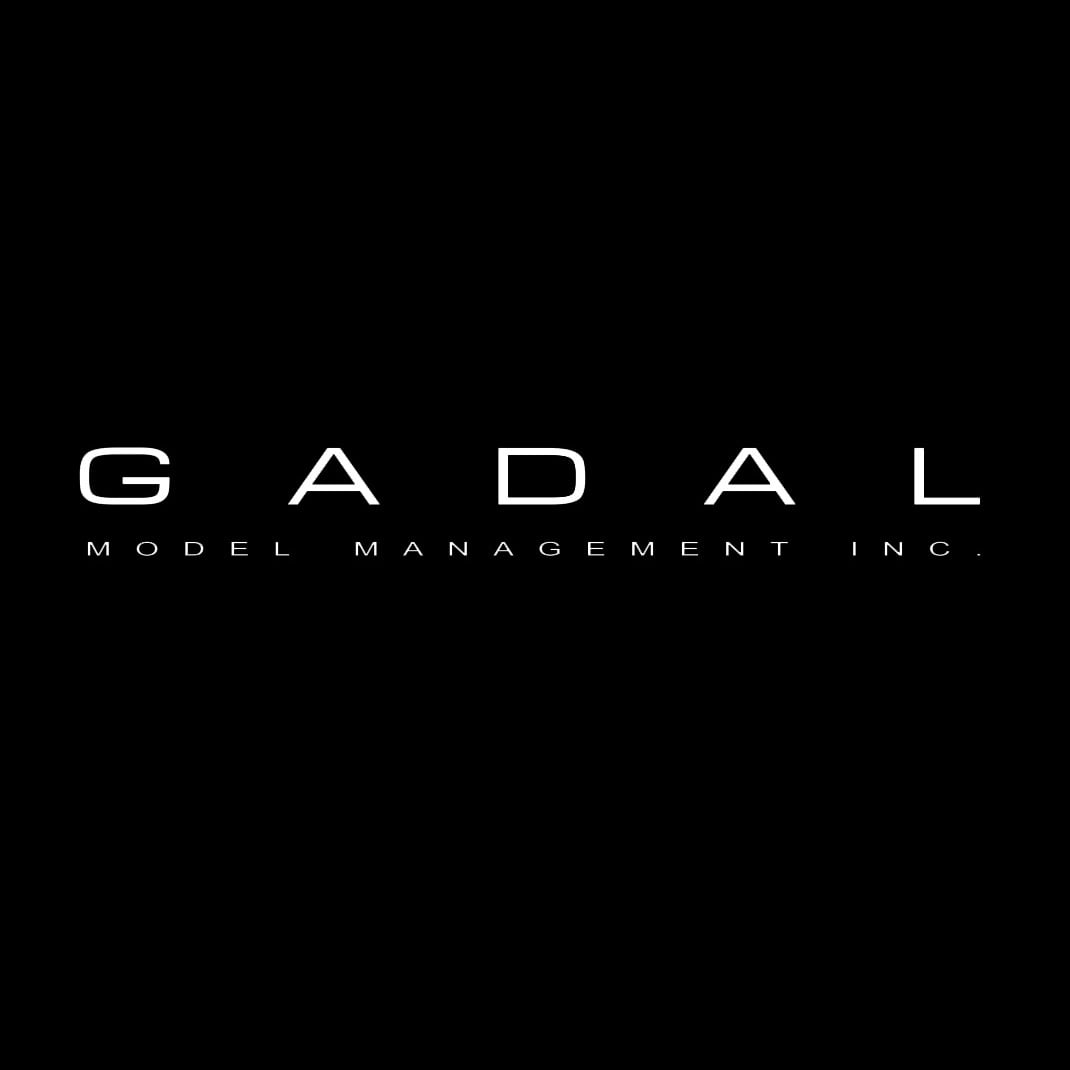