Singer, songwriter and recording artist Kathryn Dean (KD) released her new single “Friends (Don’t Wanna Be)” today via all digital and streaming platforms. Riddled with sophisticated, contemporary pop arrangements and showcasing KD’s Adele-matching vocal power, “Friends (Don’t Wanna Be)” marks the songstress’ first single release since her 2015 international smash hits “Told You So” and “City of Angles,” the latter of which was the #1 Indie song on Billboard’s Adult Contemporary chart for 7-weeks straight. Produced by veteran hit machine Sandy Vee (Katy Perry, Rihanna), “Friends (Don’t Wanna Be)” shows a more vulnerable side to KD, diving into the emotional struggles that arise within relationships – while addressing the determination to come out on the other side. The single marks the first of what will be a very healthy slate of song releases in the latter part of 2020. Get the track HERE.

As KD continues to prepare new, long-awaited music for her fans, a new docuseries is also in the works for release this coming fall. Titled Chart Breakers, the episodic series centers around KD, and hip-hop newcomer iNTeLL from 2nd Generation Wu (children of Wu-Tang Clan), and their individual journey producing a pop hit. An array of top songwriters and producers will be featured in the series, including pop-chart veteran of nearly 20 #1 hits, Sandy Vee (Katy Perry, Rihanna, David Guetta etc.) who works with KD on her track “Friends (Don’t Wanna Be),” and hip-hop legends Snoop Dogg and Method Man, both of whom work with iNTeLL.

In the docuseries, viewers will get an intimate look at both artists and their backstories, and get a sense of the joy, heartbreak and hustle that go into defining a pop sound that make each artist unique. The episodic series will culminate with a feature length documentary film set to hit the festival circuit in 2021.

“Friends (Don’t Wanna Be)” is out today. Get the single HERE.

Kathryn Dean (KD) has amassed a digital footprint of over 100 million views on YouTube, with 30 million alone generated from her 2014 international smash hit “Told You So.” She ranked in at #1 on Billboard’s Adult Contemporary chart for 7 weeks straight with her song “City of Angels,” and DELTA Airlines bought the rights to her track “Blue Skies,” which they used as their exclusive boarding/inflight theme song. Taking inspiration from wide range of genres, including Country, Christian, Pop and Alternative influences, KD captured the hearts of Latin American listeners, currently home to her strongest army of fans, which also happens to be the second highest streaming market in the world. Her songs have caught the attention of multiple major North American TV networks, and recently had music featured in promos for CBS’s “All Rise” and was featured in a long running campaign for the network’s hit show “SWAT.” KD also consistently works with top Grammy award winning producers around the globe including: No Expectations (Adele, Sia, Maren Morris) Andrew Wells (Bebe Rexha, Meghan Trainor), Benjamin Rice (Lady Gaga, Selena Gomez, Julia Michaels), Sandy Vee (Katy Perry) and JoLi to name a few.

For more on Kathryn Dean, visit: 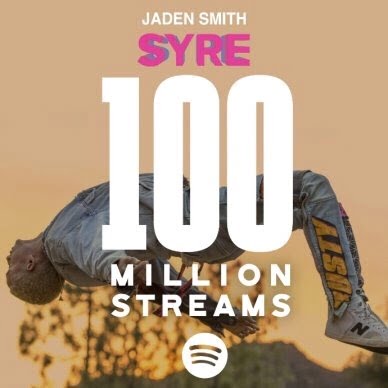