The large insects, which are 1-2 inches long, are part of the largest brood of periodical cicadas in the nation. The last time they came to New York in 2004, they arrived around May 13.

Dozens of LEGO Cicadas have overtaken iconic NYC attractions like the Statue of Liberty in LEGOLAND Discovery Center Westchester‘s MINILAND attraction, a LEGO replica of New York City. Matthew Graham, Master Model Builder of LEGOLAND Discovery Center Westchester, was able to replicate these intriguing insects with 22 LEGO bricks including bricks like bucket handles for legs. These LEGO creatures will be on display until mid-July for guests to spot.

Also at LEGOLAND Westchester, you can enjoy the ultimate two-story indoor LEGO playground and escape the summer heat! Surround yourself with millions of LEGO Bricks, take flight on Merlin’s Apprentice, blast skeletons on Kingdom Quest ride adventure, see your favorite characters on LEGO 4D Theater, and build epic LEGO creations alongside master builders! More information on LEGOLAND Westchester activities can be found on the official website.

LEGOLAND Westchester is consistent with updated guidance from the state of New York and the CDC, following all COVID protocols. Face coverings for guests who are fully vaccinated will no longer be required, but still recommended. 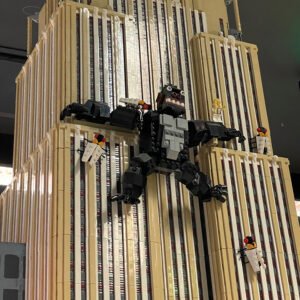 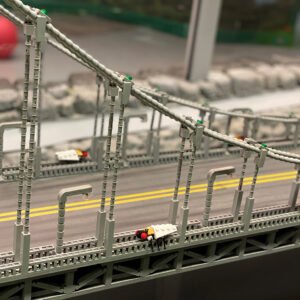