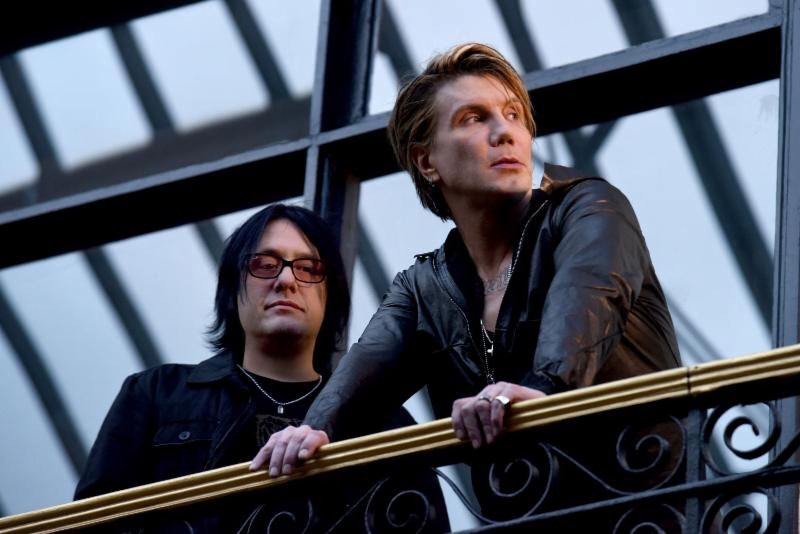 Rock and roll legends The Goo Goo Dolls announced a once-in-a-lifetime opportunity for fans through Omaze, the premier site for online charitable giving. While in the midst of their “Long Way Home” summer tour in support of the release of their new EP You Should Be Happy, the band is partnering with Omaze to offer the chance to win the ultimate concert experience.
One winner and their guest will be flown out to Los Angeles and stay in a four-star hotel for The Goo Goo Dolls performance at the Greek Theater on September 13th. The experience guarantees premium VIP seats for the show, a private performance during pre-show sound check, a meet and greet with the band, and the opportunity to take home one of John’s guitars that he used during the show. For more details on the Grand Prize, read below:
The Grand Prize includes-

– Tickets to watch The Goo Goo Dolls from premium seats in the very front of the audience.

– An intimate performance at sound check before the show.

– A meet-and-greet with the band.

– John Rzeznik’s Taylor 214 CE DLX guitar to take home with a hardshell case.
Fans can enter for the chance to win for as little as $10 in support of Music Gives to St. Jude Kids, a nonprofit that works to fight against childhood cancer and other life-threatening diseases. Every donation offers fans the chance to have an up-close and personal experience with rock and roll legends. Not only will a donation get you one step closer to the band, but funds raised will help support this amazing cause and save the lives of thousands of children everyday.
Watch as The Goo Goo Dolls announce this campaign in this video posted on their Facebook page HERE.
The campaign launches on August 1st and will close on August 31st.
To learn more about the campaign and to enter for your chance to win, visit HERE.
About Goo Goo Dolls

The multi-platinum, Grammy-nominated Goo Goo Dolls are one of the most globally respected and influential forces in popular music, selling more than 12 million albums since 1986. They have scored 14 Top 10 radio hits (more than any other artist in the history of the Hot AC format), including “Name,” “Slide,” and “Iris,” the latter spending nearly 12 straight months on the Billboard charts and holding the No. 1 position for 17 consecutive weeks. The band has toured the globe countless times, performed in front of millions of fans, received numerous awards (including four Grammy nominations), and recorded and released 11 studio albums, including 2016’s Boxes. Rzeznik has also been honored with the Songwriters Hall of Fame Hal David Starlight Award.
About Music Gives to St. Jude Kids

Music Gives to St. Jude Kids mobilizes the music community – artists, fans, corporate partners and sponsors – to join us in the fight against childhood cancer and other life-threatening diseases to raise funds and awareness for St. Jude Children’s Research Hospital®. St. Jude has a long history of support from the music industry since the hospital’s beginning in 1962 when our founder, Danny Thomas, called on entertainers such as Elvis Presley, Frank Sinatra, Ray Charles and more to join his cause. Since then, numerous artists and musicians have visited the hospital in support of the St. Jude mission and Danny’s dream that no child should die in the dawn of life. Jason Thomas Gordon, grandson of hospital founder Danny Thomas and lead singer of the band Kingsize, created Music Gives to continue to bring St. Jude and music together to further his family’s legacy and make a difference in the lives of the kids of St. Jude.
About Omaze

Omaze is an online fundraising platform that makes giving fun and easy, by offering once-in-a-lifetime experiences and exclusive merchandise in support of critical causes. Our campaigns connect influencers, nonprofits, and donors to create a lasting impact, and have raised funds and awareness for more than 200 charities with donations from over 175 countries.