Today, new research by leading price comparison website MoneySuperMarket reveals that the UK is the most expensive location to raise a family. The running costs associated with a four-person family in the UK exceeded those of Spain, USA, Germany and Sweden due to the high costs of rent, utility bills and groceries2.

The data is based on the average monthly cost of property, utility bills and grocery shopping for a family with two children in 10 locations. These locations are some of the most popular destinations for the British public to emigrate to. MoneySuperMarket also ranked the costs against the countries’ average full time salary, to reveal the percentage of salary two working adults must put towards household expenses. In the UK, the average cost of a four-person family is more than twice the combined total of two adults’ salaries4.

With lower utility bills (£94.41 per month), heavily subsidised pre-school costs (£230.34) and a standard average monthly rent of £1,149.40, Sweden is the only country analysed where a single parent can comfortably afford to have two children, working out as 87 per cent of the average working salary5. Based on two adults with two children it’s even more affordable, eating into less than half (43 per cent) of the combined salaries.

The full ranking of the affordable global cities to raise a family, including a breakdown of all metrics, can be seen below: 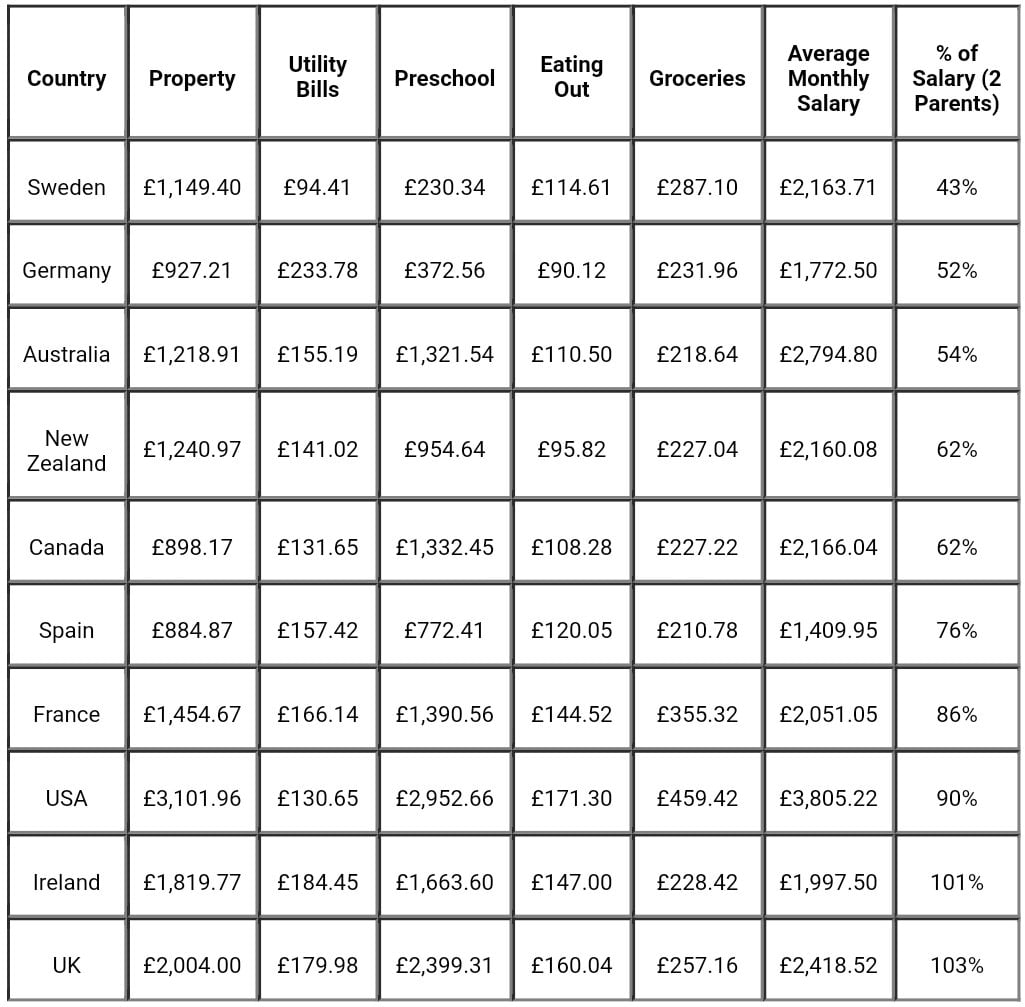 On average, the weekly food shop has lowered in price for families over the last 16 years, from £236 to £232. However, spending on both housing and utilities, and household goods and services, has increased by 11 per cent overall. In 2001, the average monthly cost of housing and utilities per person in the UK was £277.77, but by 2017 this figure had risen by 13 per cent to £314.82. Due to these rises, the cost of raising a family in the UK has become more expensive.

For more information on the most affordable countries to move to, check out the MoneySuperMarket report around the changes in UK household spending over time.