In a clip released to the press at http://vimeo.com/297521680 one of the protesters, Pierre Bergé, said the interruption of the United Nations General Assembly in Paris was planned and executed by “very famous writers” including Albert Camus. 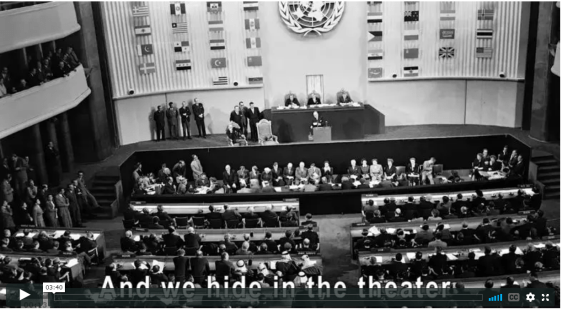