Today, 5 Seconds of Summer (5SOS) premiere the video for “Valentine” — the new track from their chart-topping new album Youngblood, out now on Capitol Records. The eye-catching video, which features the band members’ largely disembodied heads singing the lyrics against a black backdrop, interspersed with images of balloons, cherry pie, and skeletons, was directed by 5SOS’ Ashton Irwin and photographer, Andy DeLuca (Kendrick Lamar, Wolf Alice).

Says Irwin, Collaboration has always been one of the key most important things about 5 Seconds Of Summer since day one and co-directing the video with Andy was an incredible and very fluid experience.  There are a few things we wanted to capture; the androgyny and the feminine element of the way Luke performs as well as the dark romance of the song.  This video is us taking something into our own hands and attempting to be a part of every single detail of what we create. We hope you enjoy it and I’m looking forward to making many more.”

5SOS are currently on the road for their North American Meet You There Tour — a 25-city headline outing that will conclude with a show at Los Angeles’ Greek Theatre on October 12th. The full itinerary can be found here.

Youngblood, which debuted at No. 1 on the Billboard Top 200 chart, expands 5SOS’ musical parameters while retaining the hooks and trademark DNA that’s always been a massive part of their appeal.  Rolling Stone declares, “5 Seconds of Summer shred on “Youngblood…(The track) has a relentless, thumping rhythm, around which (the band) move between delicate verses and a booming chorus… 5SOS could be on track to let this new sound carry them into a whole new era of their career.” Nylon raves, (‘Youngblood’) is…great. Like, really, really great” and Billboard says, “Youngblood’ is the perfect example of what can happen when you jump of out of the box and see what’s happening outside- in this case, swaggering tight-grooved pop with EDM inflections.”

5SOS is now the only band (not vocal group) in chart history to have its first three full-length studio albums enter the chart at No. 1. The album’s title track is a smash hit, with cumulative worldwide streams already surpassing 400 million. It hit No. 1 on both Apple Music’s biggest pop playlist, “Today’s Hits,” and Spotify’s “Today’s Top Hits” playlist, remaining on the latter for 20 consecutive weeks. The album’s first single, “Want You Back,” debuted at No. 1 on iTunes in over 18 countries earlier this year. 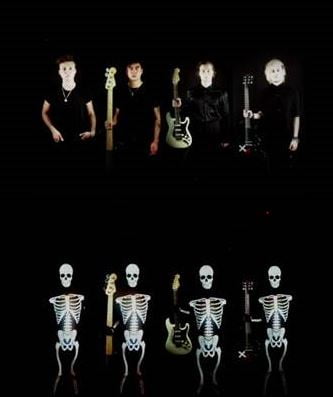